We always get psyched when we stumble upon a colorized photo series, since it’s a great opportunity to reimagine past in a more vivid, colorful perspective.

“The project was a massive undertaking and required hours of research into the colours of uniforms and equipment.  I was lucky enough to have the help of ex-Guards officer and writer Nicholas Drummond to get the colours as authentic as possible.” writes Marshal on his site.

The text accompanying the following photos includes information taken from Trevor Royle’s book, which can be purchased here. 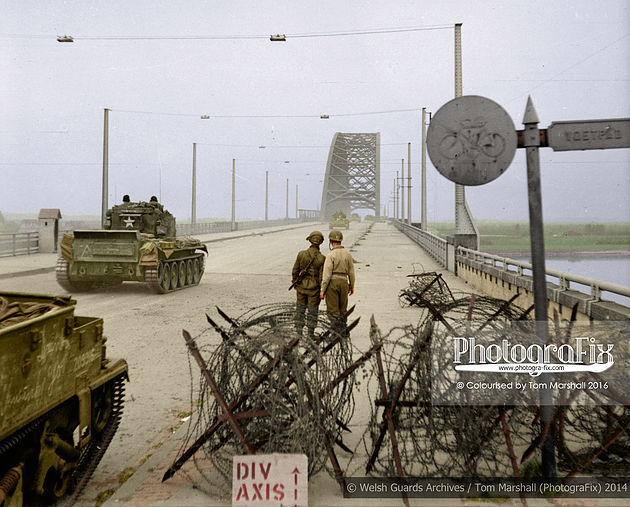 A tank of the 2nd Battalion Welsh Guards passes over Nijmegen bridge in the Netherlands, September 1944.

The Welsh Guards came into existence on 26 February 1915 by Royal Warrant of His Majesty King George V in order to include Wales in the national component to the Foot Guards,“..though the order to raise the regiment had been given by the King to Earl Kitchener, Secretary of State for War, on 6 February 1915.” They were the last of the Guards to be created, with the Irish Guards coming into being in 1900. Just three days later the 1st Battalion Welsh Guards mounted its first King’s Guard at Buckingham Palace on 1 March 1915 – St David’s Day. 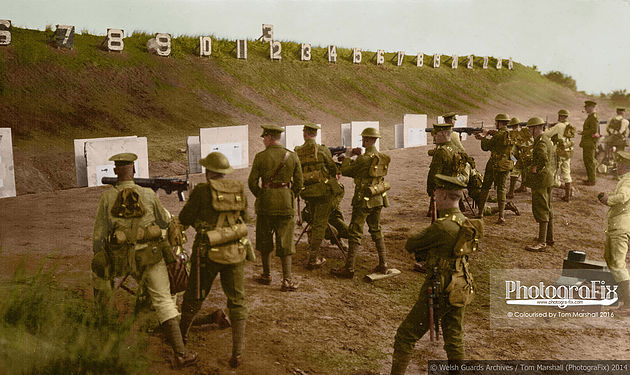 Anti-aircraft shooting practice at Pirbright, Surrey, with the .303 Lewis gun. Note the small aircraft targets on the wooden boards.

On 17 August 1915 the 1st Battalion sailed for France to join the Guards Division to commence its participation in the First World War. Its first battle was some months after its initial arrival, at Loos on 27 September 1915. The regiment’s first Victoria Cross came two years later in July 1917 awarded to Sergeant Robert Bye 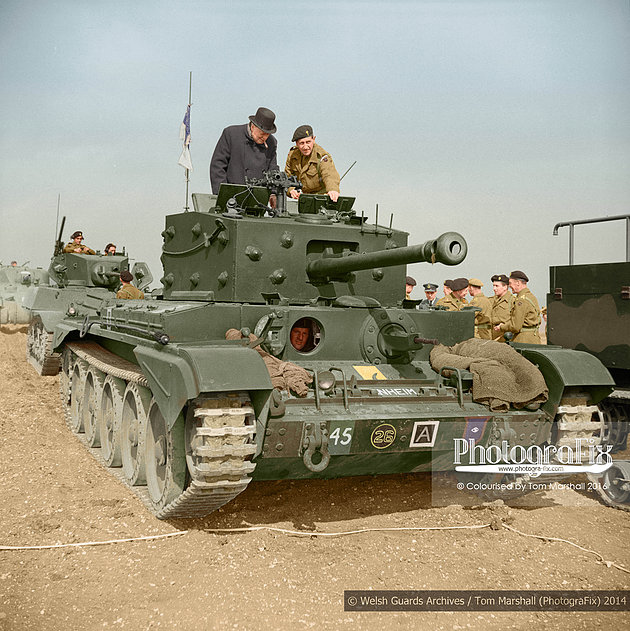 Churchill inspects a Cromwell tank in March 1944 as the 2nd Battalion Welsh Guards prepared for D-Day. 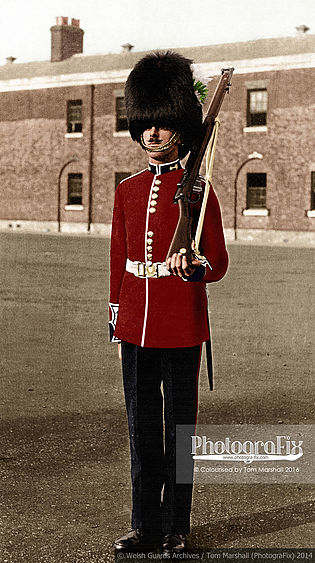 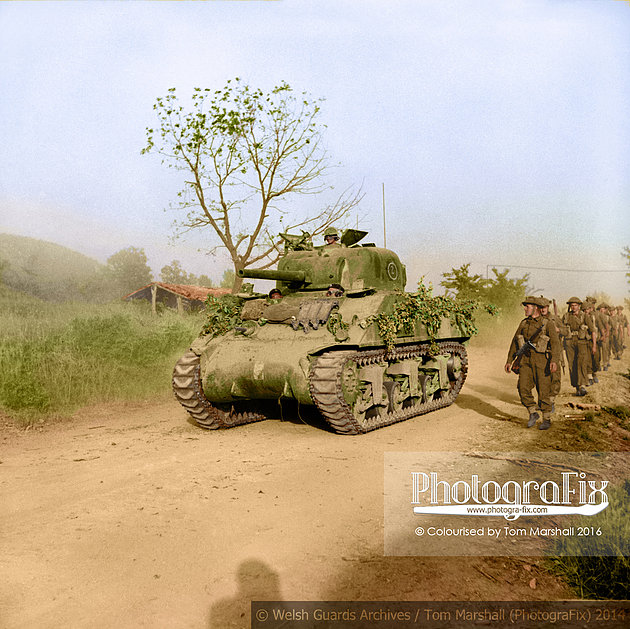 Guardsmen from the 3rd Battalion Welsh Guards are passed by a Sherman tank of 26th Armoured Brigade as they move forward to attack Monte Piccolo outside Arce, Italy, 27 May 1944. 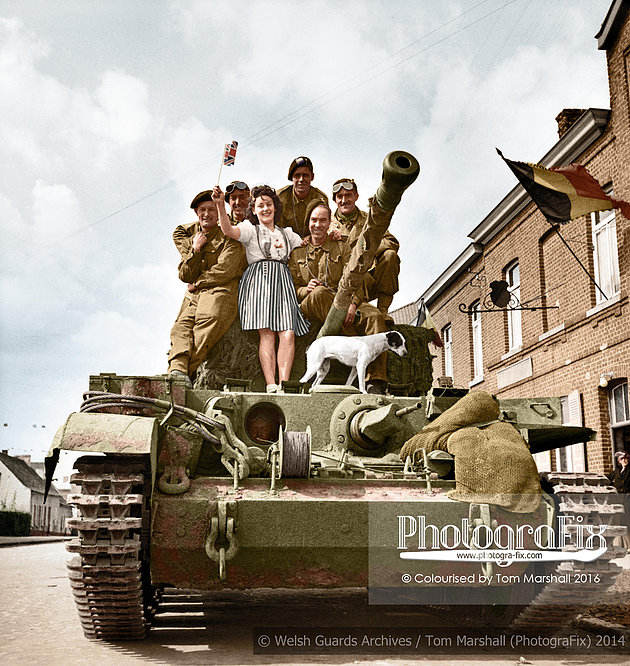 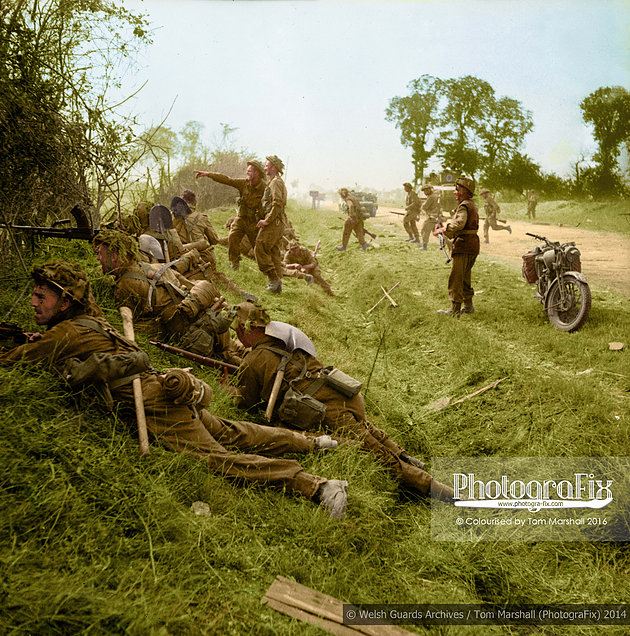 No. 4 Company Welsh Guards, during the attack on Cagny, July 1944. The Company Commander, Maj J. D. A. Syrett, is seen indicating a mortar target to Sgt Vessey. 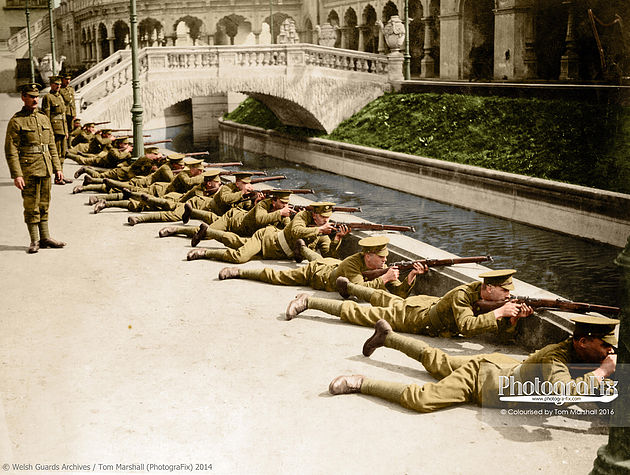 Position and hold must be firm enough to support the weapon.’ Rifle training at White City, 1915. 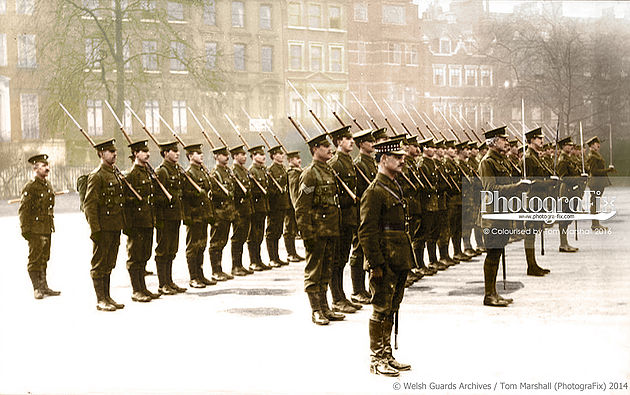 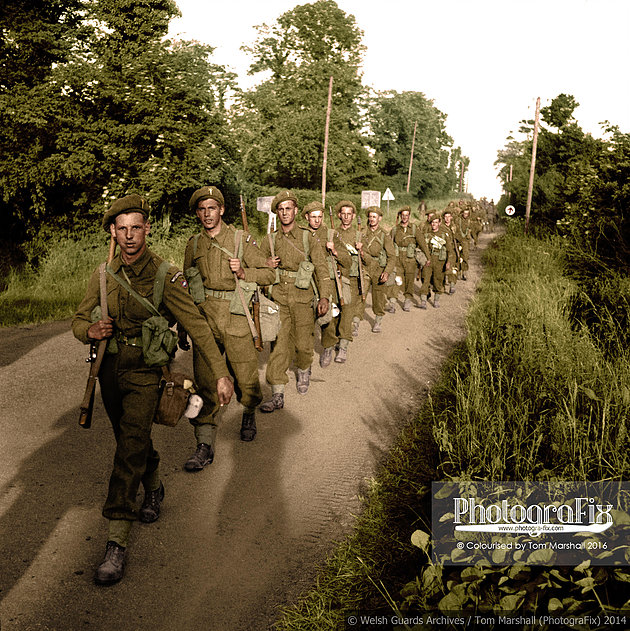 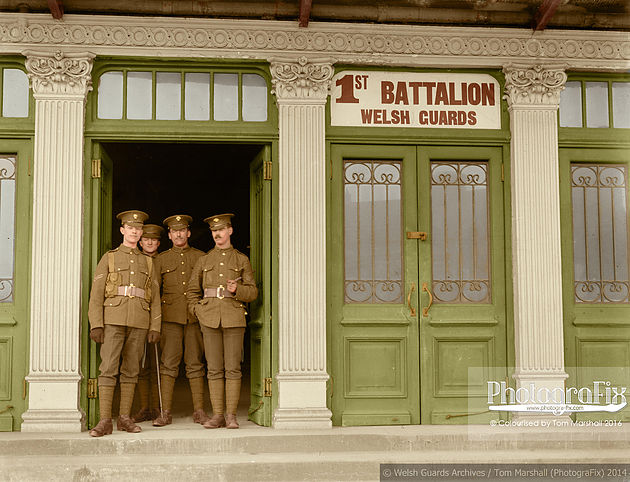 Welsh Guards recruits still wearing the uniforms of their previous regiments shortly after arriving at White City, London in 1915. 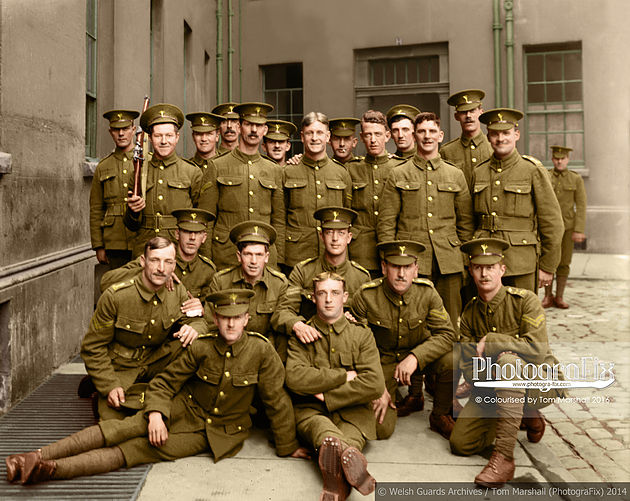 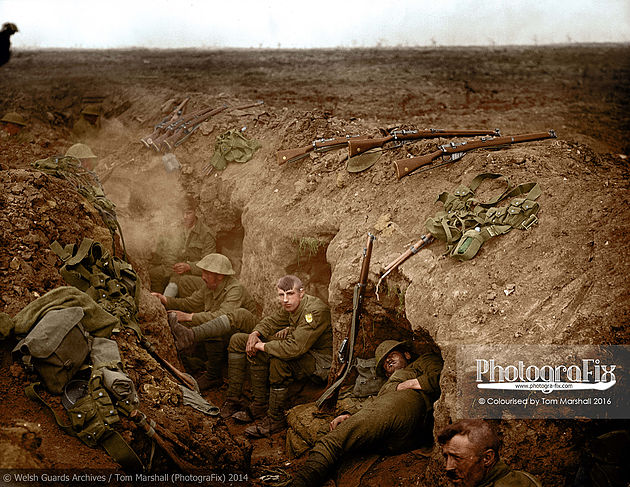 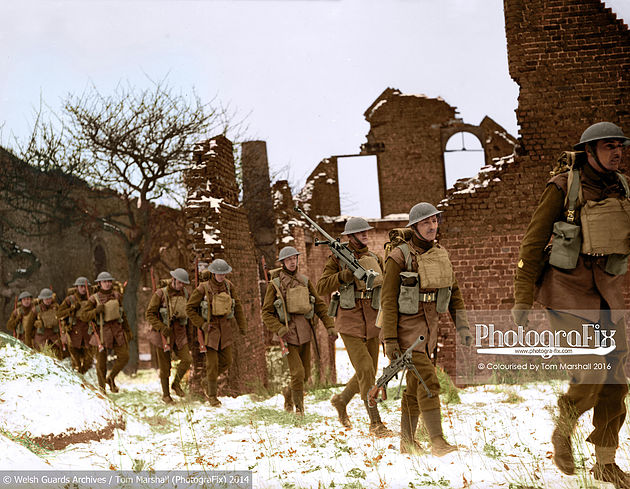 « These fascinating old photos show Washington D.C back in 1863 during the Civil War
Showmen’s Rest – The tragic story behind Chicago’s clown graveyard and one of the worst train wrecks in US history »