Simply Beautiful: The last men of the American Revolutionary War – amazing photos of veterans of the war

In 1864, 81 years after the American Revolutionary War, Reverend E. B. Hillard and two photographers embarked on a trip through New England to visit, photograph, and interview the six known surviving veterans.

They were the last generation that was a living link with the time when the Americans achieved national independence. The Revolutionary War ended in 1783 and photography was invented in the 1820s and 1830s.

All of them were over the age of one hundred at the time of their interviews and lived long enough to have their pictures taken. The photos were printed into a book titled The Last Men of the Revolution. 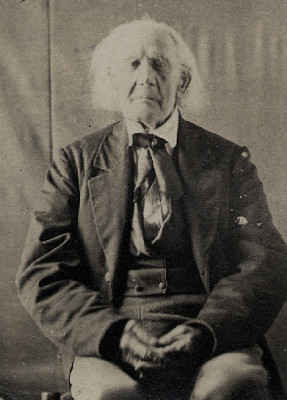 Samuel Downing was born on November 30, 1761, in Newburyport, Massachusetts. At the time his picture was made, he was 102 and living in the town of Edinburgh, Saratoga Country, New York. Samuel enlisted in July of 1780 in Hailstown, New Hampshire at the age 16. Served in the Battle of Saratoga in which British General Burgoyne was defeated. Died February 19, 1867.

Discussing his service in the Continental Army…..” we were stationed in the Mohawk Valley. Arnold was our fighting general, and a bloody fellow he was. He didn’t care for nothing; he’d ride right in. It was ‘Come on, boys!’ ’twasn’t ‘Go boys!’ He was as brave a man as ever lived.

He was dark-skinned, with black hair, of middling height. There wasn’t any waste timber in him. He was a stern looking man, but kind to his soldiers. They didn’t treat him right: he ought to have had Burgoyne’s sword. But he ought to have been true. We had true men then; ’twasn’t as it is now. Everybody was true; the Tories we’d killed or driven to Canada…….The men that caught Andre were true. He wanted to get away, offered them everything. Washington hated to hang him; he cried, they said.”

Commenting on the Battle of Saratoga: “The first day at Bemis Heights (we) both claimed the victory. But by and by we got Burgoyne where we wanted him, and he gave up. He saw there was no use in fighting it out. There’s where I call ’em gentlemen. Bless your body, we had gentlemen to fight with in those days. When they was whipped they gave up. It isn’t so now.” 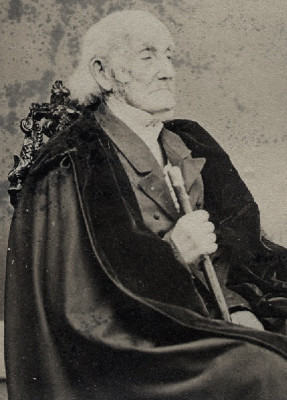 Born in Windham, Connecticut, on the 10th of September 1762, Daniel Waldo served in the American Revolutionary War and later became a clergyman. Waldo was drafted in 1778 for a month of service in New London. After that, he enlisted for an additional eight months, and in March 1779 was taken prisoner by the British at Horseneck. After he was released, he returned to his home in Windham and took up work on his farm. His connection with the Revolution began when he was 16 years old. A year after he was drafted into the army he was taken prisoner by the Tories.

He was brought to New York where he was confined in the Sugar house in New York together with 20 or more members of his company. Sugar House Prisons were sugar refineries, sturdy stone and brick buildings. They were used by the British as prisons where captured American soldiers and civilians were confined. Two months later he and his whole company were exchanged for British prisoners and released. Rev. Waldo said he never saw Washington or La Fayette. A minister in the Congregational Church, he served for a short time as chaplain at New London. In his later years, at the age of 96, he was chosen chaplain of the House of Representatives.

“In his personal habits Mr. Waldo was very careful and regular. His standing advice was to ‘eat little.’ He drank tea and coffee. The control of the temper he deemed one of the most important conditions of health, declaring that a fit of passion does more to break down the constitution than a fever. His memory was excellent, differing from that of most aged people, in that he retained current events with the same clearness as the earlier incidents of his history.” 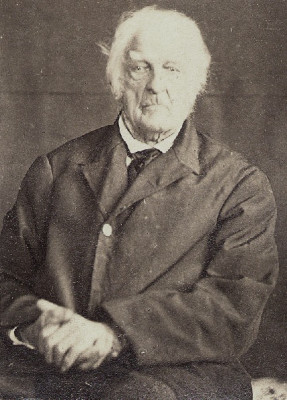 Lemuel Cook was born in Northbury, Litchfield county, Connecticut, September 10, 1759. He enlisted at Cheshire when only sixteen years old. The oldest survivor of the Revolution at 105 years old, Lemuel Cook entered the service of his country in 1781. Served in the Battle of Brandywine and later Yorktown when British General Cornwallis surrendered to the Continental Army, ending the War and guaranteeing American independence. He received an honorable discharge signed by George Washington on June 12, 1784. While he lived, Lemuel Cook of Clarendon, New York, was the Oldest Survivor of the Revolution. He served through the war and was discharged in Danbury, June 12, 1784. Cook died on May 20, 1866, at the age of 107 years and was buried with military and Masonic honors. The last year of his life he was also the Last Full Pensioner on the rolls of his country’s deliverers, his name appearing there with his companions from 1818. 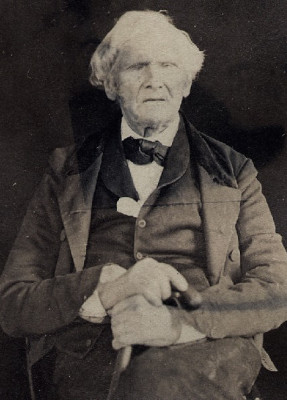 104 Years Old. Born in Quebec on March 14, 1770. Died in 1874. Fought in the Battles of White Plains, Brandywine, Monmouth and Yorktown. Also served in the Navy on board the old frigate Constitution. Too young at the time of his enlistment for service in the army, Alexander was enlisted as a drummer boy. Recounting the past, he said he was a great favorite with Washington. After the beating of the drums of reveille, Washington would come along and pat him on the head, and call him his boy. On one occasion, “a bitter cold morning,” he gave him a drink out of his flask. He described Washington as “a good man, a beautiful man.

He was always pleasant; never changed countenance, but wore the same in defeat and retreat as in victory. One day the General sent for me to come up to Headquarters. After the Life Guard came out and paraded, the General told me to play. So I took the drum, overhauled her, braced her up and played a tune. The General put his hand in his pocket and gave me three dollars; then one and another gave me more– so I made out well; in all, I got fifteen dollars.”

Milliner was in a number of battles, including Saratoga. Of Burgoyne’s surrender, he said, “The British soldiers looked down-hearted. When the order came to ‘ground arms,’ one of them exclaimed, with an oath, ‘You are not going to have my gun!’ and threw it violently on the ground and smashed it.

Arnold was a smart man; they didn’t saerve (sic) him quite straight.” After his service in the Continental Army, Milliner married Abigail Barton, aged eighteen. He and his wife lived together for sixty-two years ‘without a death in the family or a coffin in the house.’ They had nine children, forty-three grand children, seventeen great-grand children and three great-great-grand children. At the time of his wife’s death,  he was one hundred and two years old and still able to cultivate his garden. Died in 1874. 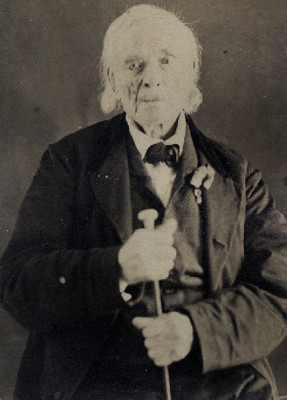 His service with the War of the Revolution was limited. He enlisted at the age of fifteen for the coastal defense of his own state, Maine. The only fighting he saw was at the siege of Castine where he was taken prisoner. But the British, declaring it a shame to hold as prisoner one so young, promptly released him. Upon the close of the War Hutchings was married at the age of twenty-two, after which his wife Mercy bore fifteen children.

In his later years, he is described as being “an early riser and a hard worker. He smokes regularly and uses spirituous liquors moderately. His mind is still vigorous though his body is feeble. His memory is good, retaining dates especially so that he is a referee in the family in the matters of history.” One of his last requests was that the American flag should cover his remains, and be unfurled at his funeral. This was done; and in the stillness of a bright Spring afternoon, in the midst of an assembled multitude, upon the farm which for nearly a century had been his home, all that was mortal of the old hero was removed from earthly sight, while the stars and stripes he had so long honored, floated above his grave.” 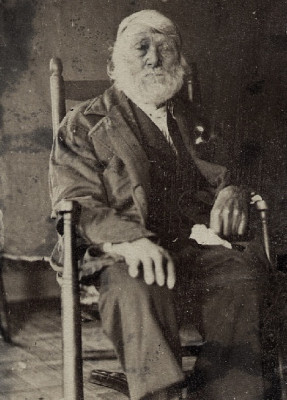 Enlisting at the age of sixteen, he signed up for the service of guarding the frontier, where he spent five years mostly in the vicinity of Wheeling, Virginia. Records indicate he served three tours of duty in the militia of the state of Pennsylvania. At the end of the War Link married a distant relative of his. “After this event, being fond of change, he roamed about from place to place, living but a short time in each; and so spent the earlier part of his life. At the age of sixty, he walked from his home in Pennsylvania to Ohio, a distance of one hundred and forty-one miles, accomplishing it in three days, an average of forty-seven miles a day.

When seventy years of age, he set about clearing a farm and remained for some time on it. Perpetuating the habits of his army frontier service, he paid no attention to his manner of eating, either in quantity, quality or time; and he was addicted to strong drink. He labored severely and constantly. Notwithstanding all, his health was good till near the very close of his life.”

« Recovered 100 years later: Panama Canal workers flooded a railway yard in 1910
The Old Ways: The monster gold dredges multi-story machines built in the first Half of the 1900s »