The handlebar has been ripped off. The front wheel is gone. The one pedal that was sticking out of the tree (the other is presumably somewhere inside the trunk) also is gone. source 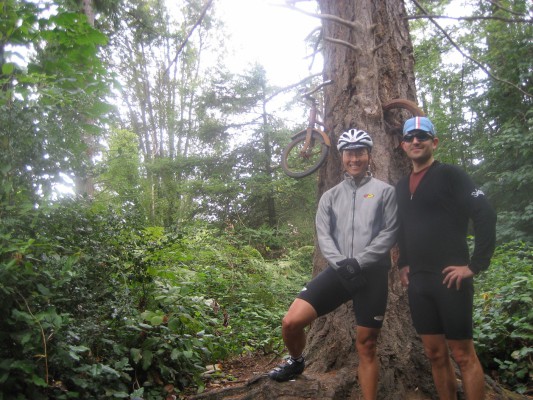 There are tourists who make a special ferry trip just to see this peculiar attraction, on this island with the unofficial slogan, “Keep Vashon Weird.” source “The parts are hard to find. It’s a low, low-quality bike. It’s like a starter bike you’d find today for $50 at Target,” source

« Time Travel – simply beautiful and touching colourised images from WWI
French Marshal Ferdinand Foch – The man who predicted WWII, but no one cared to listen »