The dino-universe was not dandruff-free, and evidence from a 125-million-year-old dinosaur fossil proves it

Until now scientists have not had evidence of how dinosaurs shed their skin. Newest research reveals it was in the form of dandruff after the tiny flakes were identified as such in the remains of a small feathered dinosaur species that lived some 125 million years ago.

In this effort, paleontologists were helped by unwavering electron microscopes which showed traces of dandruff remarkably preserved and nearly identical to that found among modern-day birds. Similarly to dandruff found on humans, the flakes of skin are composed of cells known as corneocytes and full of the protein keratin.

The flakes of dandruff were located on the fossilized skin of a Microraptor, an Early Cretaceous meat-eating creature that sported wings on all four limbs and would have thrived in the territory that is now China. Two more Cretaceous-era feathered dinosaur genera, Beipiaosaurus and Sinornithosaurus, were also inspected as part of the research effort, plus the remains of an archaic bird, Confuciusornis. Traces of fossilized dandruff were identified on their remains, too. All of the fossils inspected originated in China, where the research team paid a study visit in 2012.

According to the new research, the results of which were presented in Nature Communications on May 25, 2018, the existence of dandruff on the dinosaurs indicates that our avian friends’ distant relatives adapted to getting rid of their skin in a similar way to modern-day birds and mammals. 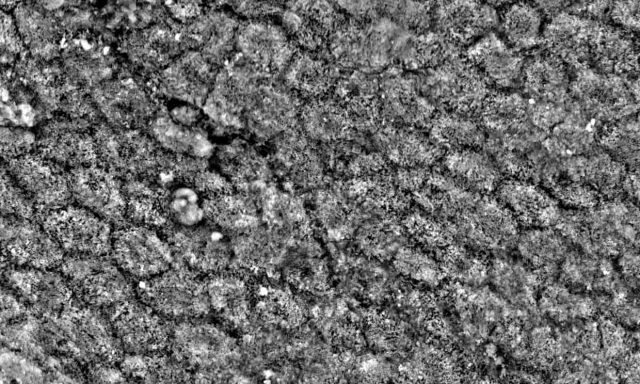 This means these dinosaurs would not have had to cast off their entire skin all at once like modern reptiles, but lose fragments of it gradually from between the feathers, clarifies Mike Benton from the University of Bristol, one of the co-authors of the study. 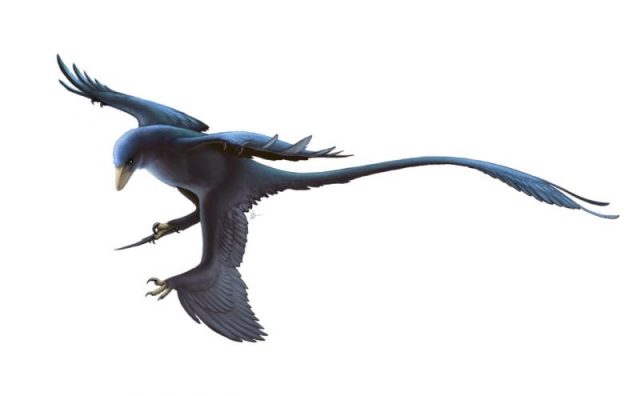 Restoration with colorization based on fossilized melanosomes. Photo by: Fred Wierum – CC BY-SA 4.0

“We were originally interested in studying the feathers, and when we were looking at the feathers we kept finding these little white blobs, the stuff was everywhere, it was in between all the feathers,” paleontologist and lead author of the study, Dr. Maria McNamara from the University of College Cork in Ireland, told BBC News.

After the researchers had eliminated the possibility that the little white blobs could be some other previously missed bodily feature, Dr. McNamara concluded that “the only option left was that it was fragments of the skin that were preserved, and it’s identical in structure to the outer part of the skin in modern birds, what we would call dandruff.” 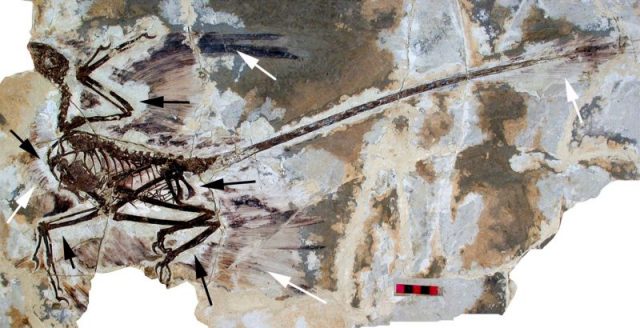 The holotype of Microraptor gui, IVPP V 13352 under normal light. This shows the preserved feathers (white arrow) and the ‘halo’ around the specimen where they appear to be absent (black arrows). Scale bar at 5 cm. Photo by: David W. E. Hone – CC BY 2.5

According to the study, this feature most likely evolved at some point during the Middle Jurassic era, a key period in dinosaur evolution in which several species with feathery features on their bodies emerged. In this context, dandruff may have first appeared because of the development of feathers.

The peculiar white traces have revealed more intriguing details to the experts. Although these archaic creatures sported feathers, the researchers believe their ability to fly was limited. One indicator noted by the team is the difference between the composition of the ancient dandruff cells and those of modern birds. While fat deposits are found in modern birds’ shed skin cells, which helps their bodies lose heat as they fly, there seems to be no evidence of fatty reserves in the equivalent cells of their ancient relatives. 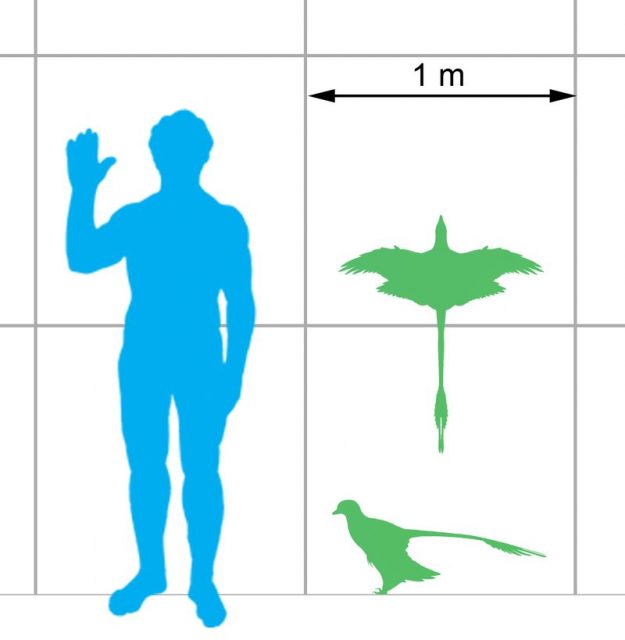 As Dr. McNamara commented to the BBC, the results of the study “suggests they had lower body temperatures than modern birds, almost like a transitional metabolism between a cold blooded reptile and a warm blooded bird.”

Related story from us: New research: Water may have arrived on planet Earth by way of asteroids

Recent technological advances have allowed a considerable amount of missing information on dinosaurs and how they evolved to be pinned down more accurately. Related to feathers and skin findings among dinosaurs, a paper published on January 15, 2018, also in Nature Communications, testified to the existence of a previously unknown creature from the dinosaur era that would have sported iridescent rainbow colored feathers on its head and neck. The species was named Caihong juji, and experts have hailed the find as one giving us a glimpse into a more colorful dinosaur world.

As it now turns out, the dino-universe was indeed not only more colorful than previously believed–it was one that, like it or not, also had some dandruff.