Up until almost the mid-1980s, most rural telephone service worked on the party line system. Everyone shared the same phone line and courtesy was of paramount importance. In the beginning, the western states of America were sparsely settled, and barbed wire fences took the place of actual telephone lines.

Barbed wire was, and still is, an inexpensive way to keep livestock contained to a specific area.

The wire consists of two long and thin steel wires twisted together and joined together by fence posts. Along the line, about every five inches or so, small pieces of wire are cut on the diagonal and twisted around the steel wires with the sharp ends pointed outward. 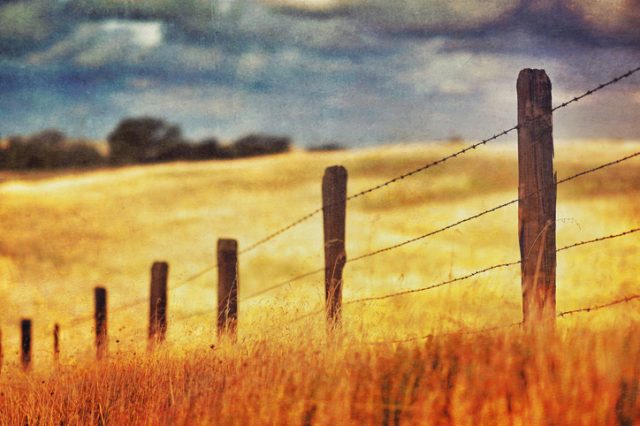 The first barbed wire was patented in 1867, but in 1874 a machine was invented by Joseph Glidden of De Kalb, Illinois to make the manufacture of barbed wire simple and more streamlined than making it by hand.

The telephones were a box on the wall with a small round mouthpiece in which to speak and a receiver that hung on a hook unless it was in use by being held to the ear. A thin wire from the telephone to the wire fence allowed everyone along the fence line to contact each other. 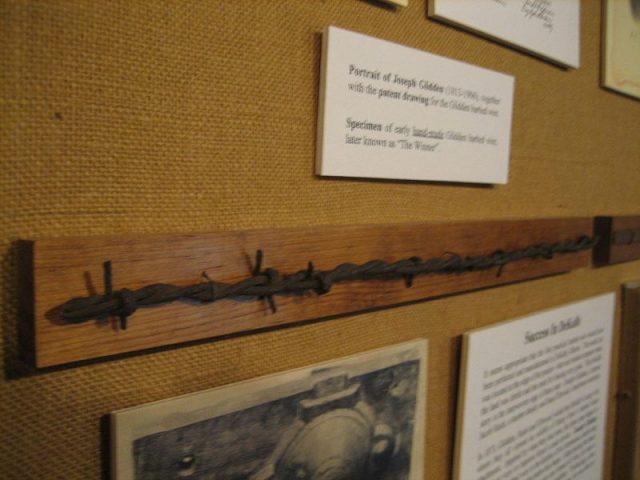 An early handmade specimen of Joseph Glidden’s barbed wire. Photo by A McMurrat CC BY 2.5

There were no individual telephone numbers, so everyone had their own ring code. One person would answer to two short rings while another, miles down the road, would answer to two long rings. There was also an issue of privacy where the courtesy came into play. 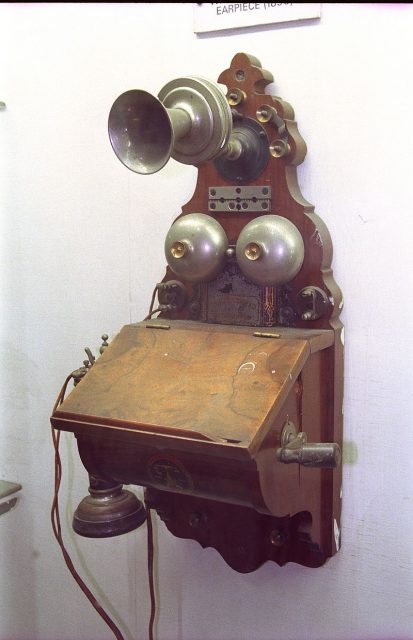 All one had to do to eavesdrop on the conversations of their neighbors was pick up the receiver and listen. This writer’s grandmother was notorious for listening to gossip on the party line. One also had to limit the time spent on the phone, so others could use the line as well.

The lines also brought people together. Living in rural areas kept most people miles apart, and the news was hard to come by. Some farmers and ranchers worked out a system by which certain ring codes would alert them that someone had a newspaper and was willing to read it aloud to anyone who wanted to listen. 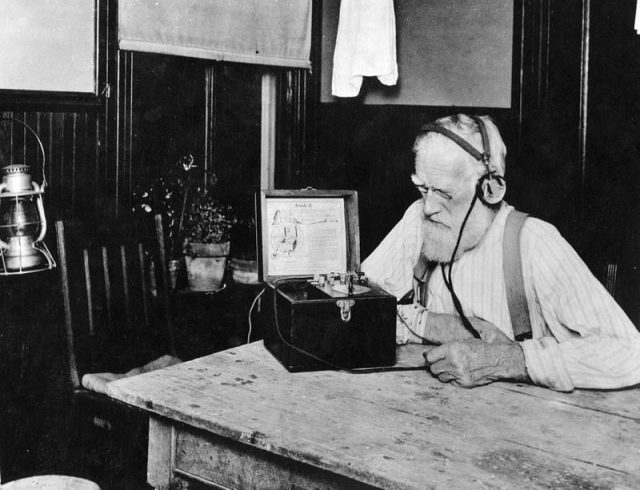 Farmer in 1923 listening to crop reports broadcast from Washington D.C.

Those who were financially able to afford a radio would often put the receiver up to the radio so others could listen, especially when weather, livestock prices and messages from politicians were broadcast. At times, a concert was held over the lines by a local musically inclined family, and everyone would listen.

The party line system was a godsend for medical emergencies. People no longer had to ring the bell on the top of the barn to summon help. Help could be requested, and people passed the message down the line until it reached the doctor. 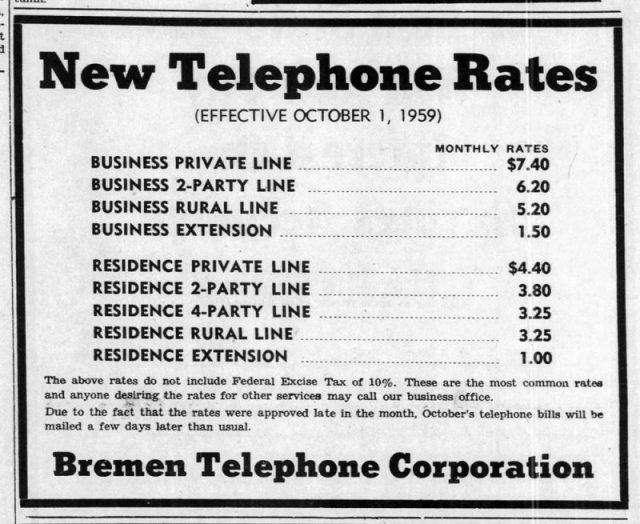 1959 rates for telephone lines in Indiana. Subscribers in town could choose a private line or a line shared by 2 or 4 parties. All rural lines were party lines shared with several neighbors.

The down side to the system, other than the privacy issue, was that the lines often did not work in the rain or when snow blanketed the lines. Plant life growing under the wires could also interrupt the system if it got too tall, and the lines could be easily cut or grounded out if another wire touched them. At times, tough-hided cattle would break the fence, interrupting the circuit.

Some communities had an operator who ran a switchboard from their home. The operator plugged two lines together allowing people to talk without alerting the remainder of the party line as well as connecting separate party lines. 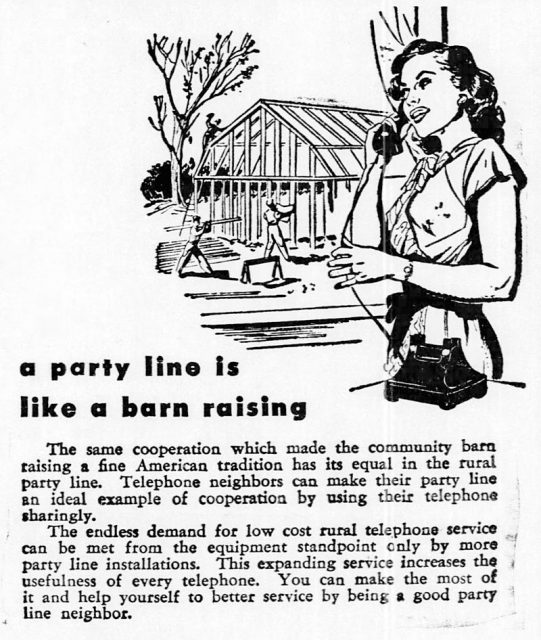 By the mid-1930s most barbed wire telephone lines were replaced by conventional lines, but party lines remained to keep costs down. Individual telephone numbers were issued, and telephone switchboards became more common.

Read another story from us:Why do People say “Hello” when Answering the Phone?

This writer was on a rural party line as late as 1975. As telephones and their usage changed throughout the years, the telephone companies adapted to the needs of the public. In the 1980s, cell phone networks began and less than two decades later became the preferred way for the public to keep in touch.