The Victorian Zoologist who Tried to Eat Every Animal on Earth

The Victorian Era brings to mind pictures of a society that was bound by a strict code of behavior and etiquette, a time where very proper people moved through a world where following the expected social norms was of utter importance.  To an extent, that is true.

It’s also true, though, that the Victorian Era was a time of great mental curiosity, innovation, and exploration.  Those very proper people could be interested in some very odd things.

Some Victorian trends included such things as fasting, swooning, tattooing, and putting arsenic in cosmetics as a beauty aide, according to EMGN.  As a society, the Victorians valued social order, but they also valued eccentricity. 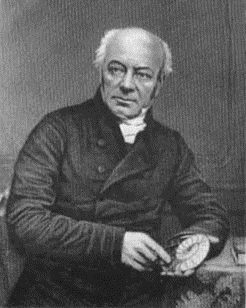 Enter William Buckland.  Buckland was born in in 1784.  In the course of his life, he became a minister, a geologist, and a teacher.  He was educated at Oxford, and became a minister and lecturer there, afterwards. He became Dean of Westminster in 1845.

While Dean, he kept a menagerie of unusual animals, including snakes, eagles, and monkeys.   According to The Guardian, Buckland was an unusual teacher. 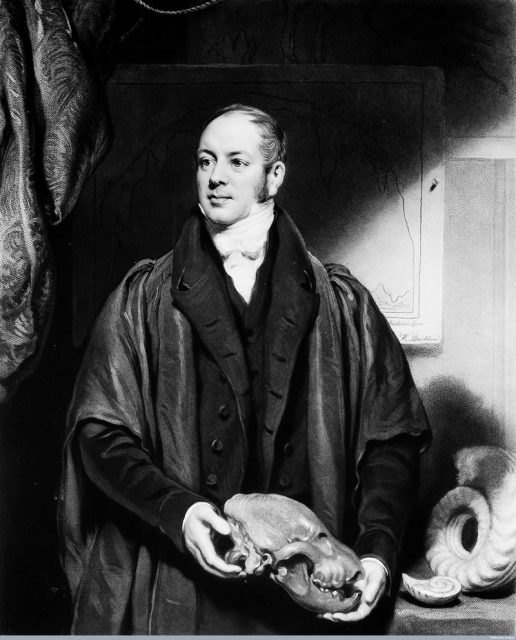 He was described as shouting questions at his students while running up to them and thrusting a hyena skull in their faces.  In this way, he once asked a student, “What rules the world?”  When the student replied that he didn’t know, Buckland reportedly told him, “The stomach, sir, rules the world!  The greater eat the less, and the lesser eat the lesser still!”

Supporting this idea, Buckland was part of the British Society for the Acclimatization of Animals, which was an organization devoted to bringing new species in to the country to see if they could become viable additions to the British ecosystem, and to assess whether they could make good sources of food.  This meshed well with one of his own personal goals: To eat one of every kind of animal in existence. 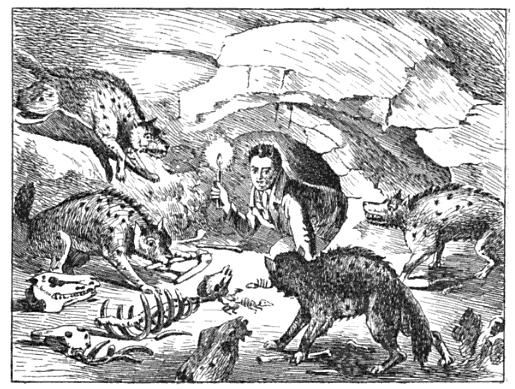 Cartoon of Buckland poking his head into a prehistoric hyena den in 1822 to celebrate Buckland’s ground breaking analysis of the fossils found in Kirkdale Cave.

He ate a remarkable array of animals. One of his favorite things to eat was mice on toast, and he served it regularly at parties he held for Society members.  He also ate hedgehogs, porpoise, panther, roasted ostrich, and even puppy.

Members of the Society also ate such eccentricities as sea slug, kangaroo, and curassow (which is large bird found in tropical South American forests).  It’s said that he identified the worst thing he ever ate as the common mole and bluebottle flies. 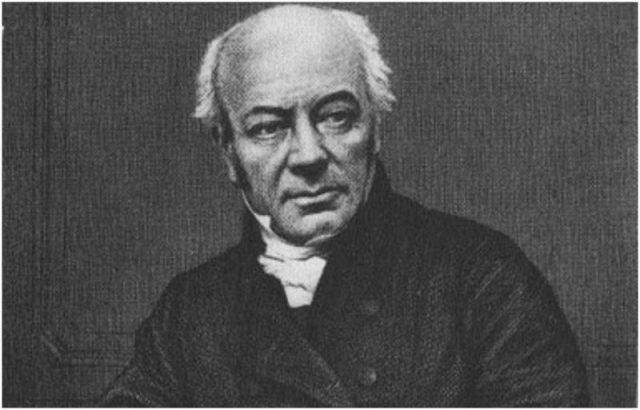 That last statement is pretty amazing when you consider the most notorious story around Buckland’s eating habits.  It occurred while on a visit to the house of Lord Harcourt, the Archbishop of York, outside of Oxford. 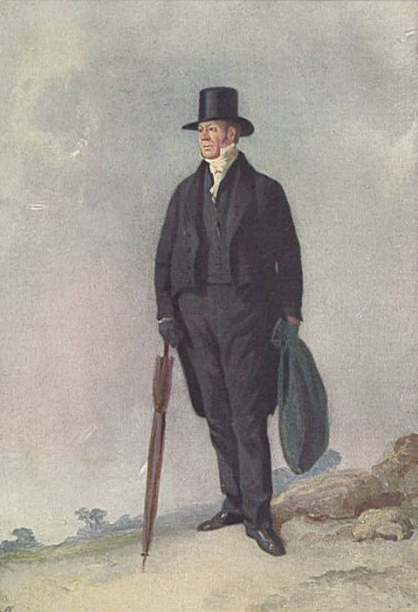 Inside Lord Harcourt’s home was a crystal display holding a silver locket.  Inside the locket was a piece of the mummified heart of King Louis XVI.  On being shown the artifact, Buckland promptly ate it. 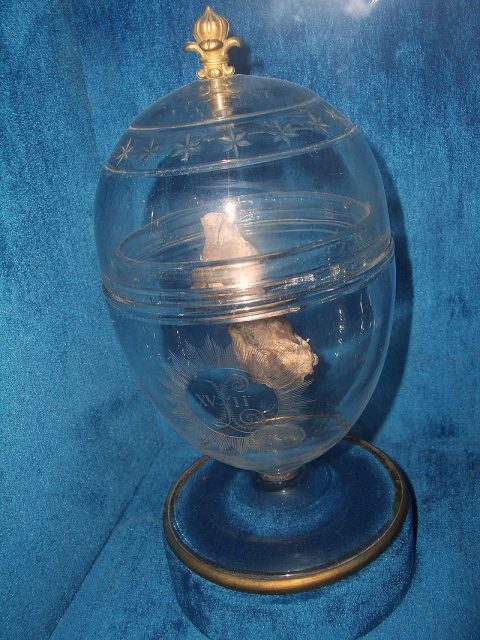 Heart of Louis-Charles inside a crystal urn. Photo by Zantastik~CC BY-SA 3.0

Buckland passed his intense interest in animals and odd eating habits on to his son, Francis, who often joined him in his culinary exploration. They were far from alone in this particular interest.

Besides the Society of Acclimatization that Buckland belonged to, there were other groups that had similar interests.  Charles Darwin, who was a friend of Francis, belonged to another group, the Glutton Club, while at university. 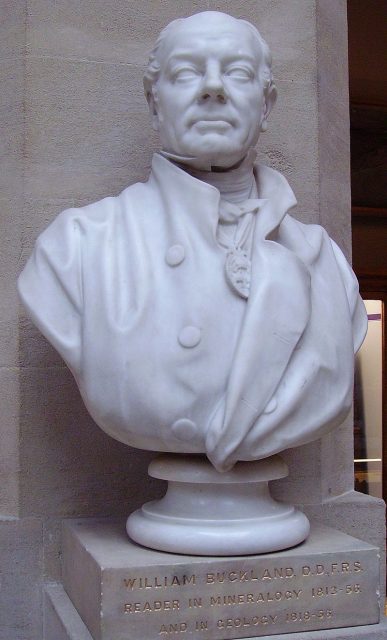 The Gluttons also pursued the goal of eating “strange flesh”, according to The Guardian, and club members consumed things like hawk and bittern before being put off by a very stringy owl.

Darwin continued to explore other meats while sailing on the Beagle, though, and is known to have tried armadillos, which he said looked and tasted like duck, and a large rodent of unknown type which Darwin said was the best meat he had ever tasted.