It is one of the most famous car chases in cinema history, in a film famed for its gritty realism about drug crime and cops in New York City in the early 1970s.

More than halfway into the film The French Connection, police officer “Popeye Doyle” (Gene Hackman) is desperately trying to catch a criminal who just tried to shoot him outside his Brooklyn apartment, and, in so doing, killed helpless bystanders.

The assassin, Pierre Nicoli, bolts for the subway, leaping onto a elevated train, and to catch up with him, Doyle drives underneath the train track, chasing the train as he blows through red lights and swerves and curves in a Pontiac LeMans he commandeered. 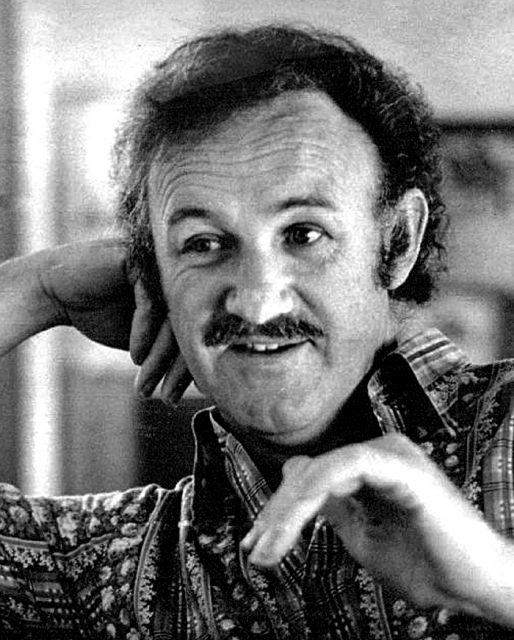 At the end of the five-minute-long chase, Doyle catches Nicoli, who has murdered a subway police officer and then a conductor in a panic, crashed the train, and is fleeing the station on foot. When he sees Doyle, the French assassin turns around and runs back up the steps, and at that moment the police officer shoots Nicoli in the back.

That is the image caught on the poster: A man hurtling backwards on the subway station steps, with a man holding a gun at the foot of the steps below. 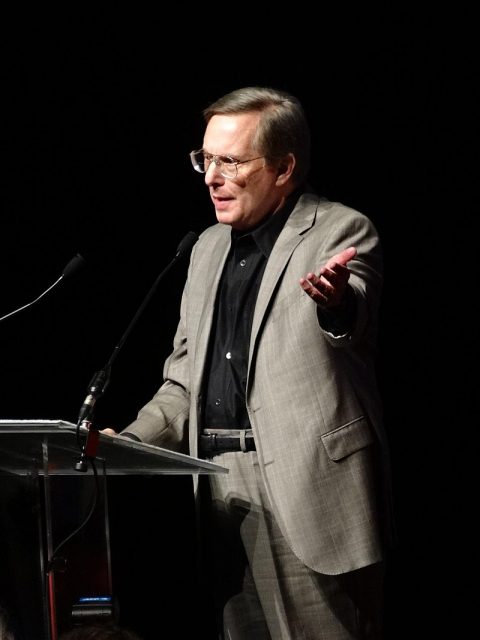 Ironically, that action caused fury with some people, primarily the real police officers who were advising director William Friedkin. The suspect would have been arrested, not shot down, and certainly not in the back, they protested. But Friedkin waved off all objections, keeping the death as he wanted it in the movie.

It was one decision among many that caused argument and controversy while making The French Connection, a film considered a 1970s classic.

Perhaps most shockingly, that high-speed chase — in a crowded borough, in the middle of the day under a Brooklyn subway track — was filmed with few safety precautions taken to protect cast, crew, or the many people who happened to be in the car’s path that day. 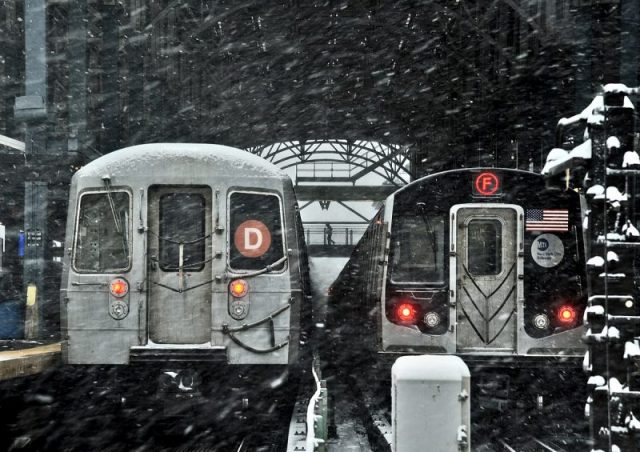 New York Subway. Photo by Metropolitan Transportation Authority of the State of New York CC By 2.0

Many of the near collisions with other cars in the sequence were real and not planned. The car drove under the D and then the B trains in Brooklyn, once called the BMT line, on Stillwell Avenue, 86th Street, and New Utrecht Avenue.

Extensive permits should have been obtained, and all streets closed to traffic. Some streets were closed for the shoot — the near collision with a woman and her baby carriage was rehearsed and not genuine, for example. But most of the time, the car, wheels squealing, is careening through real traffic. 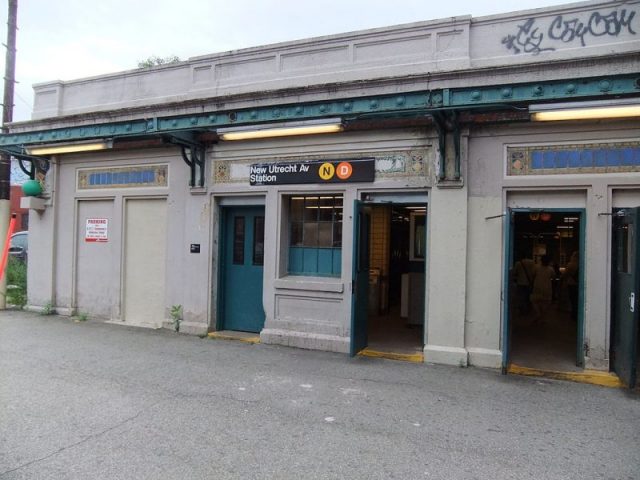 Friedkin has readily admitted that it was a very dangerous thing to do for the sake of a movie. He volunteered to personally hold the camera in the back seat during famed stunt driver Bill Hickman’s primary high-speed chase “because I was young and single and the cameramen both had families.” There was also a camera mounted on the front of the car — and a red police alarm screeching on top to warn people that they should get out of the way.

“Hickman drove 90 miles an hour for 26 blocks, without stopping,” Friedkin said proudly of Hickman during a later interview at the American Film Institute. “You know, we had no permission to do any of this.” 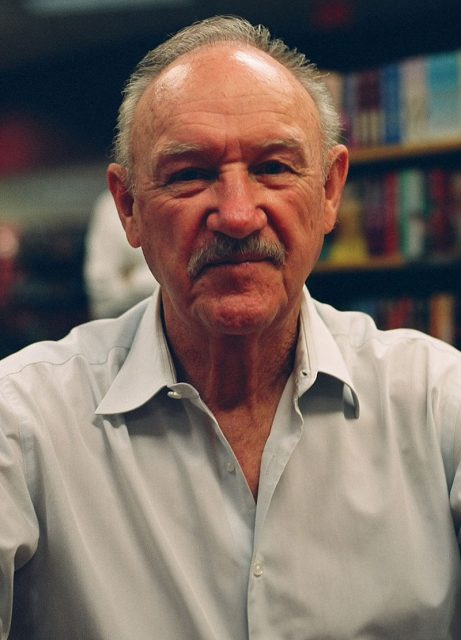 Hackman at a book signing in 2008. Photo by Christopher Michael Little CC BY 2.0

As for shooting the scenes in the subway car speeding above, to receive permission to shoot in a real subway car, Friedkin said he gave one NYC official $40,000 and tickets for a vacation in Jamaica. Permission for those scenes was granted.

During the editing of the entire back-and-forth sequence, Friedkin said he set it to Santana’s “Black Magic Woman,” although the song is not played in the film.

The origin of the chase sequence was Friedkin’s and the producers’ burning desire to outdo Bullitt, starring Steve McQueen, featuring a car driving crazily in San Francisco. Its car chase was the talk of audiences, and film critics. As Friedkin was preparing to film The French Connection, he was walking the streets of New York for ideas, and the subway rumbled below him. “I got the idea right off the streets,” he said. 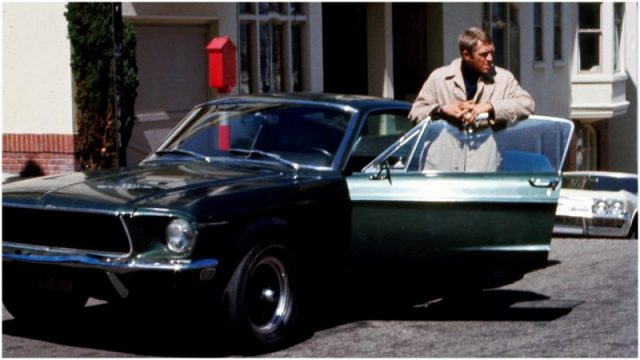 Of course the subway served as the setting for another of the film’s most memorable sequences: When Doyle is trailing Alain Charnier (Fernando Rey), the sophisticated French drug-lord mastermind who has come to New York to make a deal with the Mafia to sell his vast supply of heroin. Charnier and Doyle play cat and mouse on a stalled subway, until Charnier manages to glide away with Doyle cursing on the platform — and Charnier waving goodbye.

The movie is based on the nonfiction book The French Connection: A True Account of Cops, Narcotics, and International Conspiracy, written by Robin Moore, which delves into the drug smuggling world of crime-ridden New York City of the late 1960s, when heroin was smuggled into the United States from France.

Amazingly, Friedkin hired Fernando Rey for the role of Charnier, based on a real criminal, while believing he was another actor. 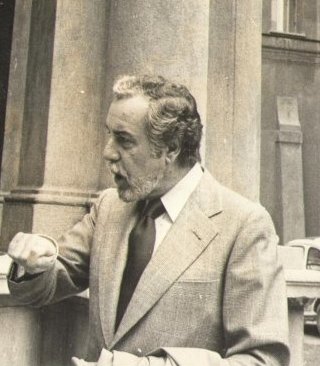 Friedkin wanted Francisco Rabal, an actor he had seen work with Luis Bunuel on Belle du Jour and other films. Not bothering to get the actor’s name, Friedkin asked the studio “to get the actor that works with Bunuel.”

Somehow they cast Rey, and the mistake was not realized until Rey walked off the plane in the United States. The filmmakers decided to go forward with him anyway, even though Rey told them he was Spanish, not French, and couldn’t speak much of the language.

Friedkin also opposed the casting of Gene Hackman as the star of the film, thinking he was wrong for Popeye Doyle, but he was overruled. Hackman and Friedkin argued throughout the entire shoot, with the star resisting some of the most racist, insulting, and violent of his character’s actions. Friedkin refused to soften Doyle’s character, insisting on what he believed was authenticity.

Read another story from us: Burt Reynolds – Ladies Loved Him, Men Wanted to be Him