The ‘Dogman’ of Michigan: A Legend with More Sightings than Bigfoot

For a rural man like Ray Greenway, creepy eyes twinkling in the darkness was nothing to be worried about. He lived in the area of Manistee, Michigan, a place containing its fair share of critters.

One particular night in 1986 however, he had a brush with nature he didn’t expect. He spotted a pair of twinkling eyes, but something was wrong. They were high in the air, not where you’d expect the gaze of a four-legged creature to be.

To Ray’s surprise, the thing, whatever it was, made a break for him and then jumped clear across the road never to be seen again. He may have glimpsed a bit of fur but, as an article for Ranker puts it, one thing that’ll always stay with him is those “yellow eyes.” In the same piece Ray recalls “that I saw both eyes, as if it was looking at me, the whole time. That, along with the leaping ability, is what I will never forget.” 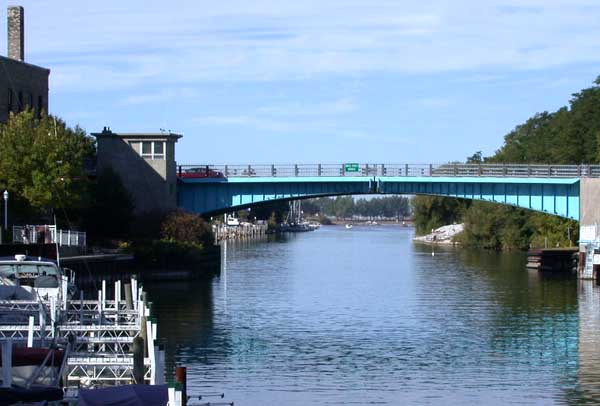 What did he witness that unusual night? The answer could lie in one of Michigan’s enduring local legends: the Dogman. Ranker remarks that “There have been far more sightings than Bigfoot, who is practically the poster-creature for cryptozoology.”

Thought to be half-man, half-dog, Dogman is known for his ability to walk on two legs. If you ever came face to face with him, you’d soon know about it. The head has been compared to a ferocious hound, and there’s another type that resembles a sasquatch. Like the sasquatch, Dogman is in the category ‘cryptid,’ meaning legendary and elusive beast. 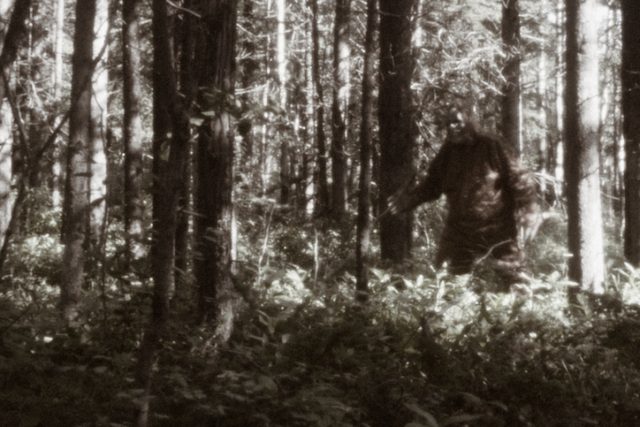 Sasquatch is another type of ‘crytpid’

The first recorded instance of humans encountering the Dogman was back in 1887, where a couple of lumberjacks got more than they bargained for among the trees of Wexford County. Not that they didn’t survive to tell the tale. Despite its fearsome reputation, accounts of Dogman attacks have yet to be substantiated in the mainstream media.

Dedicated website Dogman Encounters states the truth is being kept under wraps. “Most eyewitnesses who possess that kind of evidence don’t want it released to the public. Amazing videos, pictures, and vocals of Dogmen have all been shared with me. Impressive Dogman evidence most definitely DOES exist.” 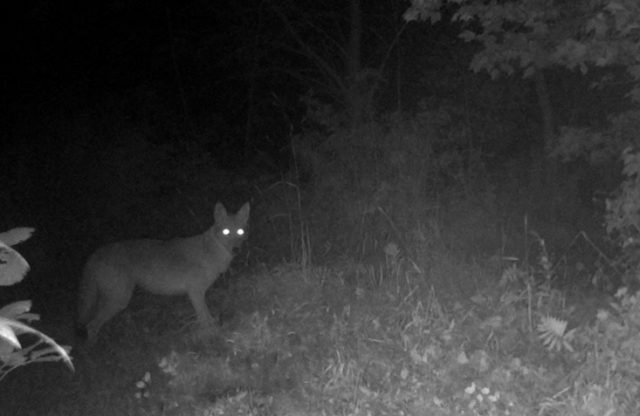 A coyote is caught on camera during the night.

Dogman Encounters also believe the beast dates back to Ancient Egypt, and that “Dogman encounters have been reported on every continent, except Antarctica.”

The monstrous myth appeared to disappear into the fabric of Michigan folklore until 1987, oddly enough the year after Ray Greenway’s experience. A specially-composed song, simply titled The Legend, was broadcast on local radio. The composition’s atmospheric evoking of historical brushes with the toothsome terror led to a steady stream of calls from listeners. 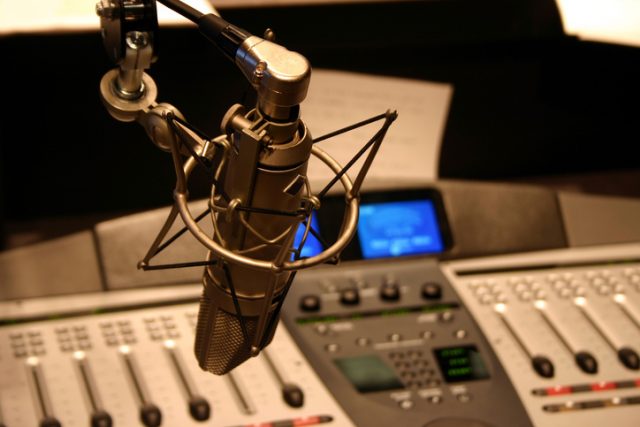 Penning the ditty was DJ Steve Cook. Bizarrely he claimed not to know about the Michigan Dogman, though his efforts struck such a chord with the population that it seems unlikely this was a coincidence.

Cook has explored the idea of the Dogman having deep supernatural connections. Interviewed for a 2012 Huffington Post article he reveals that he once “spoke with an elder from the Ottawa-Chippewa tribe in the 1980s who believed dogmen were members of a shapeshifting skinwalker tribe who became stuck somewhere between their human and animal forms.”

In 2007 the Dogman made an out-of-focus-appearance in a supposed home movie called The Gable Film. This was an eerie sequence that would put the Blair Witch to shame. The blurry footage depicts something crawling through the forest, followed by an attack where a gaping maw is in fleeting yet frightening evidence.

Sadly for conspiracy buffs The Gable Film turned out to be a fake, with a certain Steve Cook revealed as one of the individuals involved in the shenanigans.

Read another story from us: Did Michael Rockefeller Meet His End at the Hands of a Native Tribe?

Movie stardom of a limited sort arrived in 2012 with Dogman, directed by Richard Brauer and starring Larry Joe Campbell. Set in the creature’s Midwest habitat, it was successful enough to spawn a sequel, Dogman 2: The Wrath of the Litter, a couple of years later.

Whether chilling the bones of local children through folk tales, entertaining listeners via song or tempting viewers from the DVD shelf, the Dogman is one breed that won’t run out of legs.