On June 17th, 1994, television viewers in the US were transfixed by the broadcast of what had to be one of the strangest police pursuits and most memorable TV events in history.

Orenthal James (OJ) Simpson was supposed to turn himself into police for the alleged murder of his ex-wife Nicole Brown Simpson and her friend, Ronald Goldman.

Instead, he went on the run, albeit slowly, on the freeways of California. His friend and teammate, Al Cowlings, was behind the wheel and Simpson was reportedly holding a gun. A large amount of cash, Simpson’s passport and a fake goatee and mustache along with makeup adhesive were subsequently found in the car.

The low-speed chase covered miles and lasted for over an hour, according to the History Channel. On a side note Domino’s Pizza recorded record delivery sales during the extended chase. 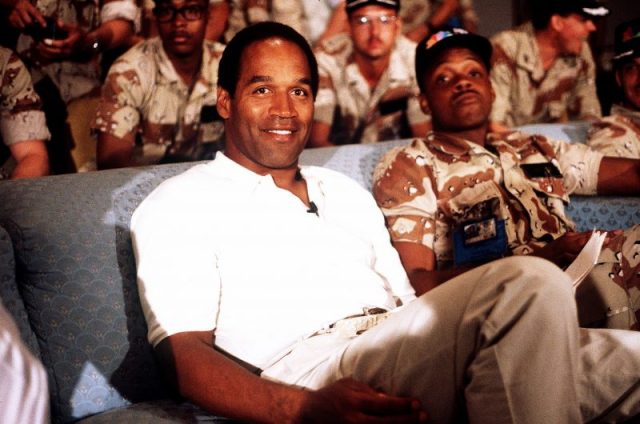 Simpson in 1990 in Saudi Arabia while visiting American troops during the lead-up to the first Gulf War.

The white Ford Bronco that Simpson was riding in became notorious as a result of this event, but afterwards, it largely disappeared from public view. What became of it?

First of all, the Bronco actually belong to Cowlings, not Simpson. Simpson did have a nearly identical vehicle, but it was seized for evidence and nearly destroyed during the process.

Cowlings was arrested for aiding and abetting a fugitive and jailed. 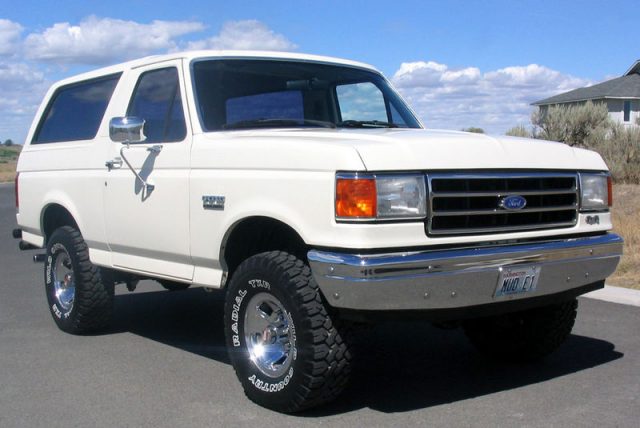 Upon his release, he wanted to be rid of the Bronco as quickly as possible, as it had become notorious symbol of the events that had transpired. He was approached by Michael Kronick, a memorabilia collector, who offered him $75,000 for the car and 250 autographed photos of Cowlings driving the vehicle.

The day that Cowlings and Kronick were supposed to meet to do the deal, Cowlings didn’t show up, and he eventually called off the deal entirely. 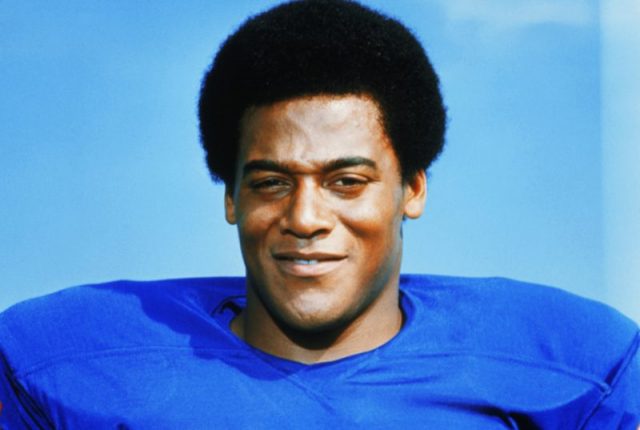 CBS Sports reported that Cowlings had discovered that Kronick’s intention was to rent the Bronco to a company called Graveline Tours, which would re-enact the chase and then take tourists to Nicole’s grave.

Simpson’s trial hadn’t started yet and Cowlings was concerned about the tour encouraging people to think that many people connected to Simpson were involved in the crime.

Kronick sued Cowlings and the suit was settled for an undisclosed amount. 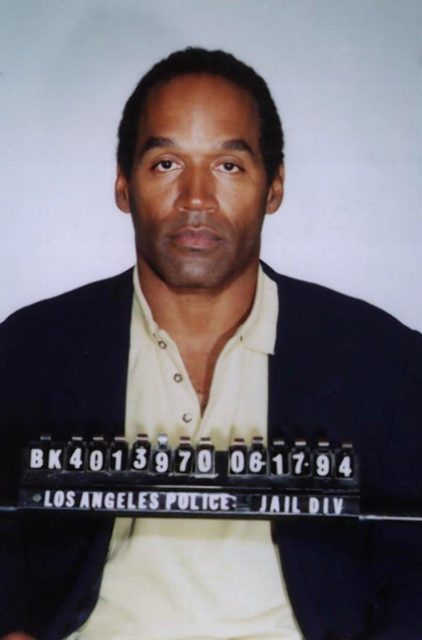 Cowlings was then approached by Mike Gilbert, who was Simpson’s former agent, and two other men, who paid Cowlings $75,000 for the vehicle.

The Bronco spent the next 17 years sitting in a parking garage where it was maintained but only rarely used. Gilbert told reporters that the car had only been driven 20 additional miles since the low-speed chase that brought it into prominence back in 1994.

Gilbert further said that he had received several offers from people interested in buying the Bronco (one offer was for $275,000), but he couldn’t justify selling what was arguably the most infamous car in the history of the 20th century after the car JFK was riding in when he was assassinated. 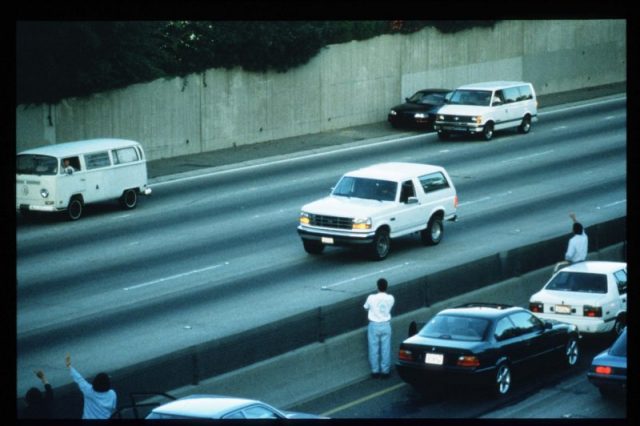 In 2012, Gilbert was approached by a man connected to the Luxor Hotel in Las Vegas who expressed interest in leasing the car to be part of an extensive sports memorabilia exhibition at the hotel.  Gilbert agreed, and the Bronco sat on display outside the hotel for a few months.

The Luxor wanted to bring it into the hotel, but Gilbert didn’t want it dismantled, which would have been necessary. After a while, the truck was returned to Gilbert and went back into storage in California. The truck again disappeared from the public eye. 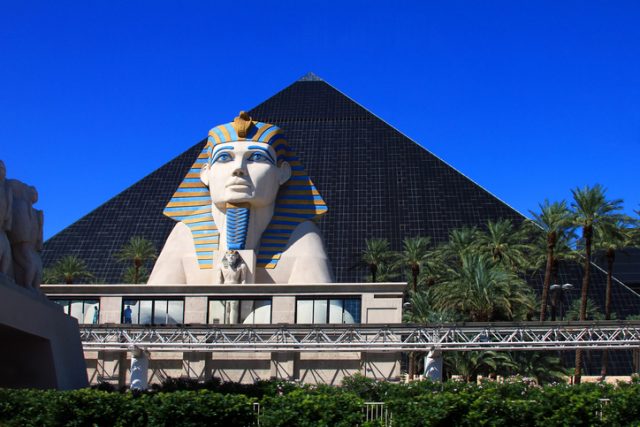 Las Vegas, USA – September 22, 2011: A glimpse at the Sphinx on the Luxor hotel ground in Las Vegas.

In 2017, twenty-three years after the Bronco became a cultural reference, it also came back to television.

It appeared on an episode of the show Pawn Stars.  Gilbert asked the host, Rick Harrison, first for $1.3 million and then for a nearly as enormous $1.25 million for the vehicle.

After some struggle and contemplation, Harrison decided to forgo the Bronco even though he also said that it could easily get that price were it to go to auction.

Gilbert was apparently not very bothered by Harrison’s refusal and reportedly said he would never sell it for under $1 million since he knew that even if the car might not get that price now, it certainly would later.

After the Pawn Stars episode was filmed, but prior to its airing, Gilbert worked out a new arrangement for the Bronco with the Alcatraz East Crime Museum in Pigeon Forge, Tennessee.

Read another story from us: Cold as ice: The demise of Olympic skier Spider Sabich

The Bronco is currently on display at the museum where it can be seen by a whole new generation of Americans and used as a tool to help teach them about this particular piece of history.