The Deadliest Female Sniper in History

The Soviet Union was a lot of things: oppressive, somber, creatively stultifying, and at times – terrifying. However, history has overlooked some of the more “liberal” aspects of its existence.

The opportunity for women to rise to positions of responsibility were a remarkable aspect of the USSR. There were more female doctors, engineers, factory foreman, and scientists than in the West, at least until the 1970s, if not later.

The Soviet Union also allowed women to fight in the front lines decades before nations in the West considered it. One of those women was among the most successful snipers of WWII: Lyudmila Pavlichenko. 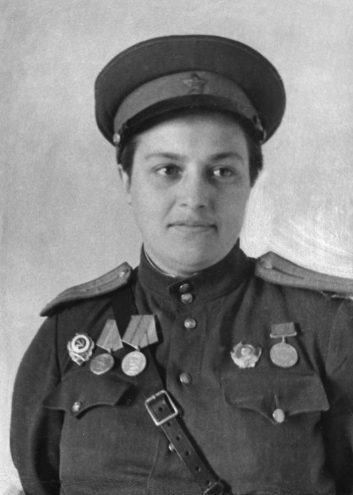 Lyudmila Pavlichenko, before she was awarded the title Hero of the Soviet Union in 1943.

WWII on the Eastern Front was a much different experience from that in the West. Firstly, Hitler was determined to either kill or reduce to slavery all of the Slavic peoples of Eastern Europe and the Soviet Union.

As a result of this, an estimated 20 million Soviet citizens lost their lives – most of these were not soldiers. Thousands upon thousands of villages were razed and cities destroyed. It is believed that every family in the Soviet Union lost someone in the war – known in Russia today, as then, as the “Great Patriotic War”. 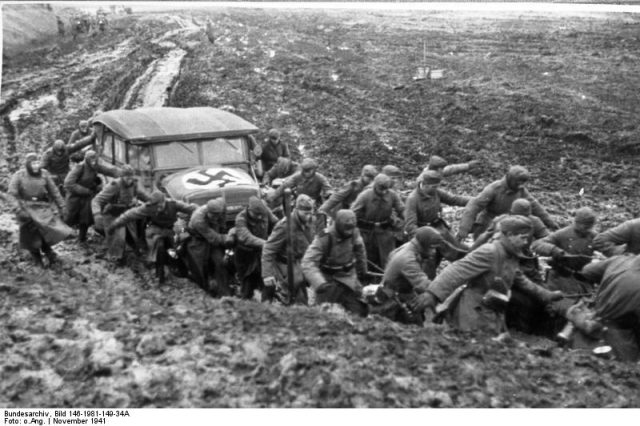 Therefore it should come as no surprise that women played an integral part in the war effort. Of course, women played an important role in the war industries of the Western Allies, helping to supply not only the material needed by their own nations but by the Soviet Union and other allies, such as China. However, women in the West, barring a few examples sent behind the lines as resistance agents, did not take part in combat. The Red Army included an estimated 350,000 to 400,000 women who fought in the front lines or above it for the Red Air Force. Another untold number of women fought with the partisans behind enemy lines.

Lyudmila Pavlichenko was one of them, and she became a national hero. During the war, she killed 309 German or Axis (Italian, Hungarian, Romanian) soldiers. Today she is not as well-known as the famous sniper of Stalingrad, Vasili Zaitsev, but her kill total was significantly higher when the war ended. 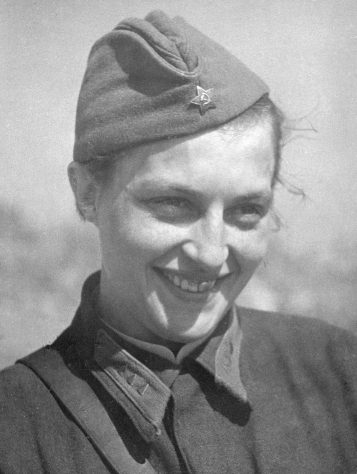 Living in the Ukrainian capital of Kiev in her early teens, she took up an unusual hobby – shooting. A local boy wouldn’t shut up about his prowess at target shooting, and Lyudmila decided that she would show him up.

She joined a local shooting club and “…set out to show that a girl could do as well (as him), so I practiced a lot.” Away from practice, she worked in an arms factory. She also married and had a son in her teens, though the marriage did not last long. 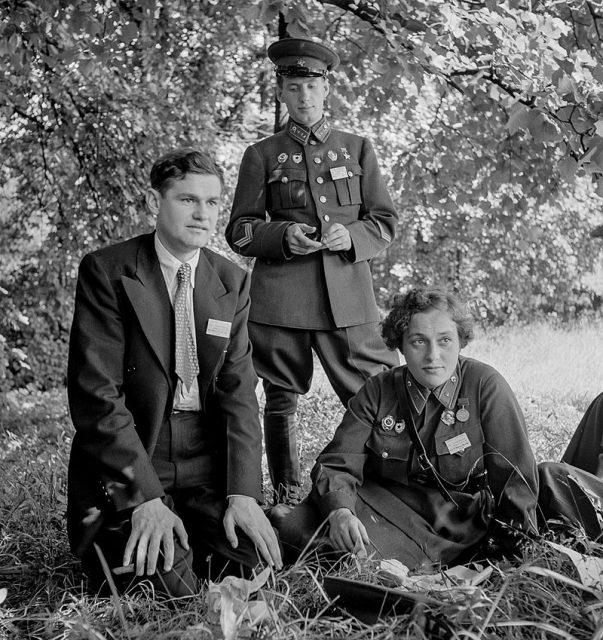 In 1937, war seemed imminent. Lyudmila was a history student at Kiev University and enrolled in a paramilitary sharpshooting school. In 1941 when the war began, she felt as if her skills would be an asset to the Red Army, but she was turned down – at that time, the Soviets put all women in support ranks.

Soon, as the war turned against them, and the nation was in danger of literal extinction, they would begin to accept women in combat roles. She was ordered to join as a nurse but pleaded to the recruiting officer to be allowed to join as a sniper, and he relented. 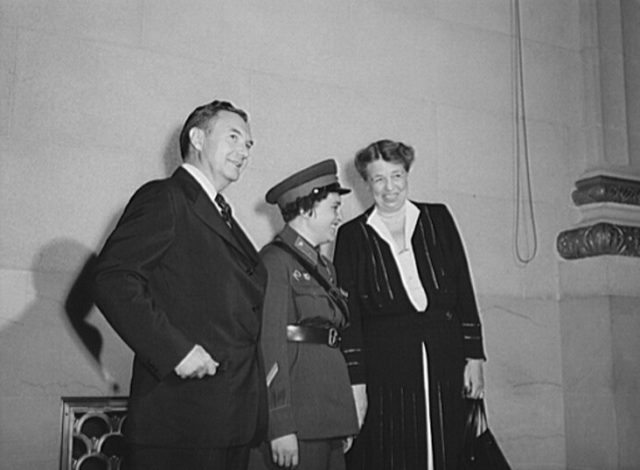 Lyudmila went to the front almost immediately. She said she was trained – good, that meant the front. Men with a day or two of training were sent to the front due to the dire situation, so Lyudmila was ahead of the game.

When she got to the front lines, she was told to dig trenches – there were not enough rifles to go around. The most famous film on Soviet snipers, Enemy at the Gates has a number of falsehoods in it – the foremost being the depiction of the famous “sniper’s duel” between Vasili Zaitsev and a German officer. One thing that wasn’t fictional was the fact that in many cases early in the war, rifles and other weapons were sometimes in short supply. Recruits were literally told to pick up a rifle from a fallen comrade. 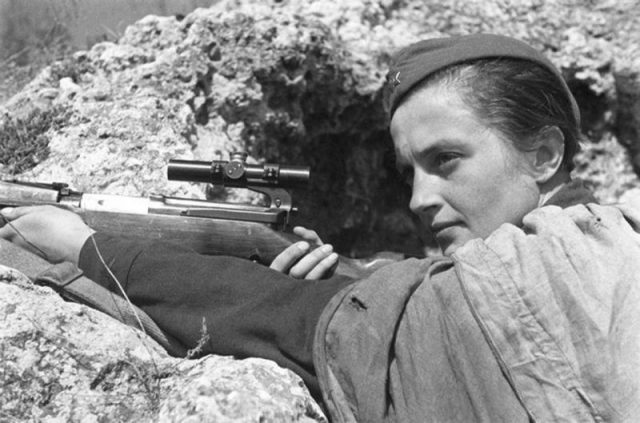 Female sniper Lyudmila Pavlochenko with her rifle in a trench.

Lyudmila was digging trenches and carrying one grenade to fight the “fascists” as the Nazis were so often referred to, when a wounded comrade gave her his rifle. In combat two weeks later, she claimed her first kills – two Romanian soldiers shot from a quarter of a mile away. After this, the men in her unit accepted her completely as one of them.

Pavlichenko fought on the southern part of the Eastern Front, retreating back through Ukraine via Moldavia and Odessa to the port city of Sebastopol on the Crimean Peninsula, where a terrible battle/siege took place between October 1941 and July 1942. At the Maxim Gorki fort outside the city, 1,000 defenders held off German attacks for weeks. Only 50 survived to be taken prisoner – a further 25 refused, blowing themselves up rather than die in German captivity. 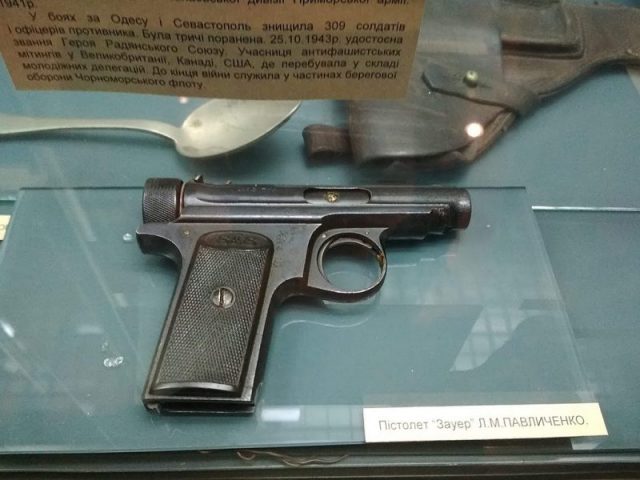 Sebastopol is where Lyudmila Pavlichenko came into her own. She had killed nearly 200 of the enemy during the battles near Odessa and claimed the rest of her kills in the Crimea. By May 1942, she had been made lieutenant. Among her total were 36 enemy snipers – Lyudmila Pavlichenko was a hunter in the most intense way possible.

In June 1942 she was wounded and expected to return to the front lines after being treated by the medics. However, the Soviet authorities believed she would be more valuable as both a recruiting tool and an emissary overseas, to encourage more support from the U.S. and the U.K.

In the fall of 1942, she went to the U.S. on a publicity tour. While there, she stayed at the White House and became good friends with First Lady Eleanor Roosevelt. While Mrs. Roosevelt was not as blunt as Lyudmila, she too was outspoken, and the two became life-long friends – Roosevelt even visited her in the U.S.S.R. after the war. 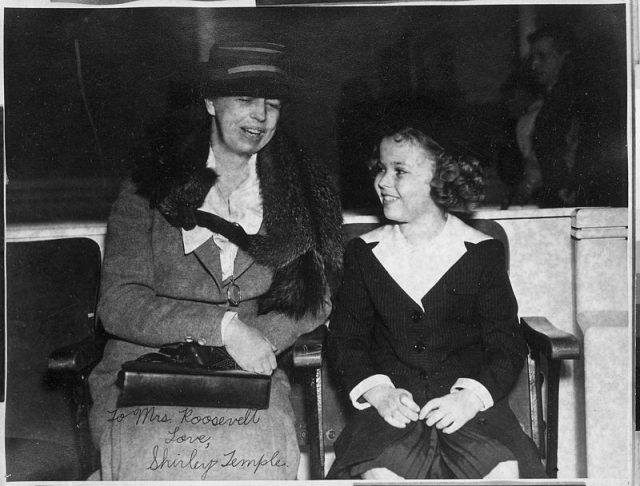 Lieutenant Pavlichenko made quite a splash in the United States. She was absolutely dumb-struck by reporters seeming lack of knowledge about what was really going on in the Soviet Union. “One reporter even criticized the length of the skirt of my uniform, saying that in America women wear shorter skirts and besides my uniform made me look fat.”

They asked her whether Red Army women could wear makeup. She replied, “There is no rule against it, but who has time to think about her shiny nose when a battle is going on?” In Chicago, she had enough with male reporters.

To the delight of the crowd, she finally told them “’Gentlemen,’ she said, ‘I am 25 years old and I have killed 309 fascist invaders by now. Don’t you think, gentlemen, that you have been hiding behind my back for too long?’”

Lyudmila ended the war as a sniper training officer, having attained the rank of major, and having been made a “Hero of the Soviet Union”, among other high honors. After the war she completed her Masters Degree and embarked on a career as a historian. She died in 1974, spending the rest of her life in peace.