The Mania Returns! Peter Jackson is Making a Beatles Movie

His last movie project saw first world war soldiers given a new lease of life in color. Now director Peter Jackson will give musical history the epic treatment in a behind the scenes look at the Fab Four.

The documentary will use fly on the wall footage of the Beatles creating Let It Be, which turned out to be their final studio album. Released in 1970, it signified the end of an era.

Songs on Let It Be include “Across The Universe”, “The Long and Winding Road”, “Get Back” and of course the title track. 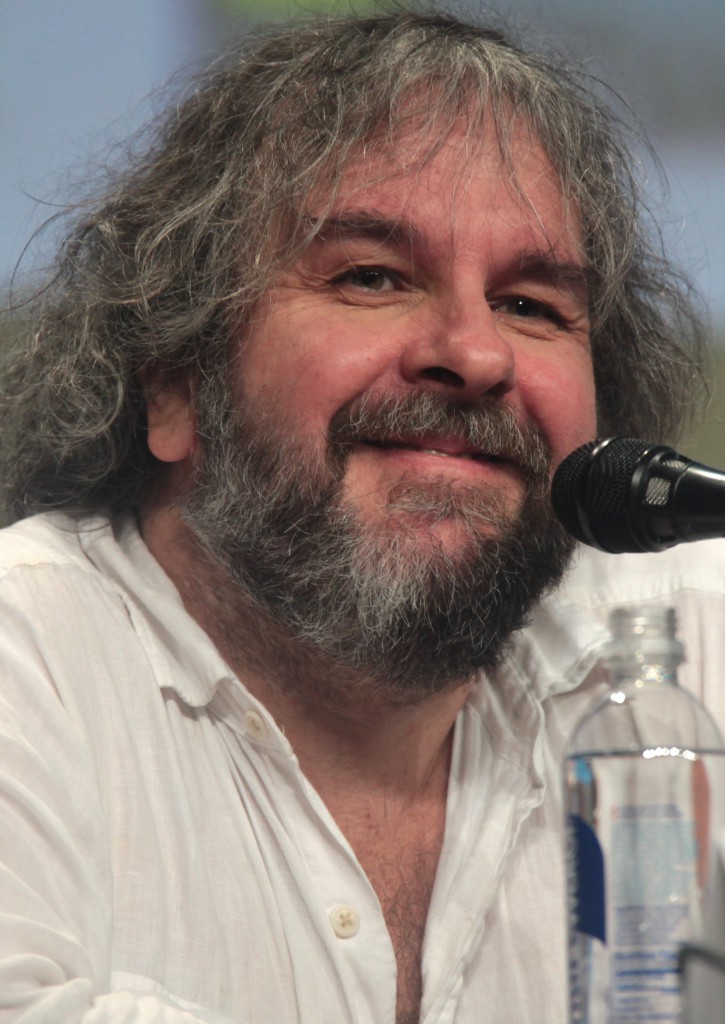 A previous doc named after the album was released in the same year, directed by Michael Lindsay-Hogg (Brideshead Revisited). Despite winning the Oscar for Best Original Song Score it faded from view.

For Jackson, his take on the raw footage is a much more positive one. “It’s like a time machine transports us back to 1969,” he said in a statement, “and we get to sit in the studio watching these four friends make great music together.” 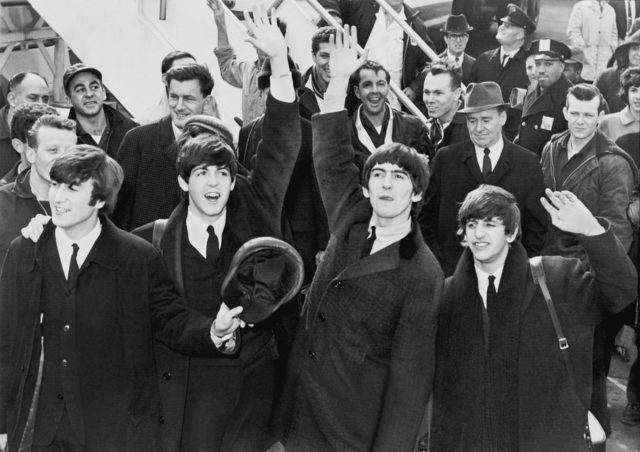 The self-proclaimed fan added, “Sure, there’s moments of drama – but none of the discord this project has long been associated with. Watching John, Paul, George, and Ringo work together… is not only fascinating – it’s funny, uplifting and surprisingly intimate.”

Jackson cemented his reputation as a world-class filmmaker via his ambitious adaptations of The Hobbit and Lord Of The Rings. While the recent Mortal Engines (co-written and produced by Jackson from the books by Philip Reeve) was a box office flop, the Middle Earth films raked in billions. 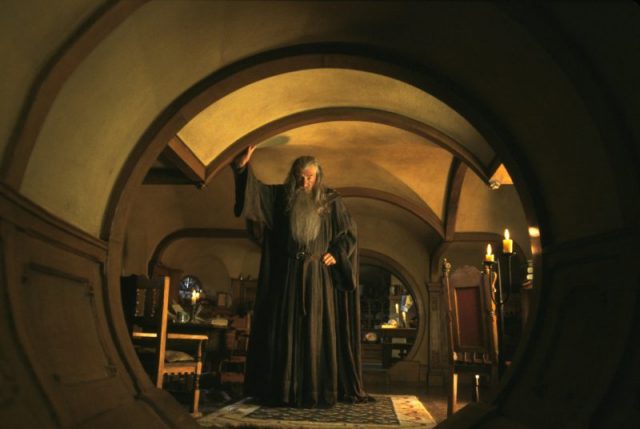 Where the director goes, Gandalf and co follow. So it’s no surprise to learn of a connection between the Beatles and J.R.R. Tolkien’s saga of shires and ancient evil.

In the Sixties the group had their sights set on a Lord Of The Rings movie starring themselves. And they weren’t going to do things by half measures, wanting none other than Stanley Kubrick to bring the fantasy to life. 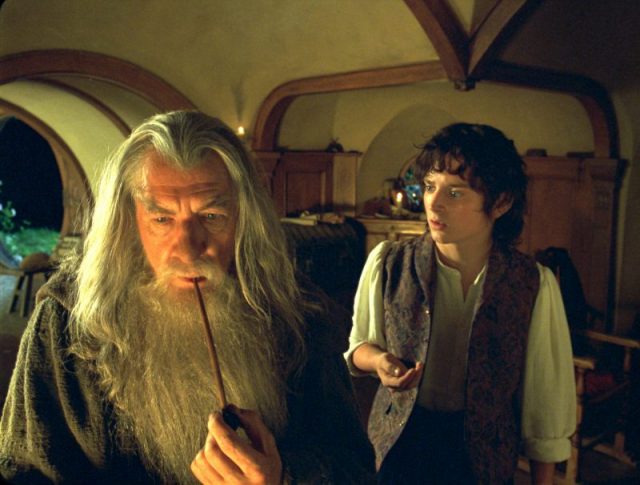 As reported by People in 2002 in reference to an interview Jackson gave to the Wellington Evening Post, “John Lennon wanted to play the role of the avaricious creature Gollum and Paul McCartney was to play Frodo Baggins…”

“George Harrison would have played the role that eventually went to Sir Ian McKellen, that of the wise wizard Gandalf, and Ringo Starr would have been Frodo’s devoted sidekick, Sam.”

The Beatles were known as perfectionists, and the thought of them collaborating with one of cinema’s true obsessives could have led to some sizeable sparks. 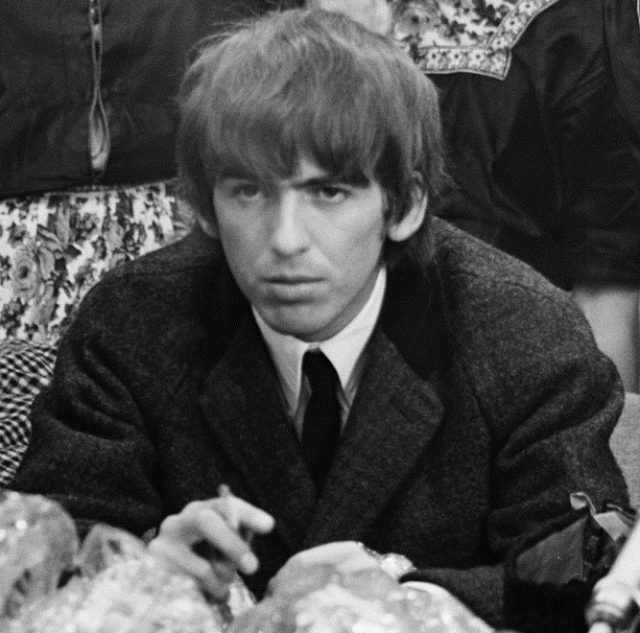 However, the job of compressing hundreds of pages into a movie was a big task, even for Kubrick. Sources state he told Lennon the source material was too vast.

There was also another fly in the ointment. Unfortunately, Prof. Tolkien wasn’t interested in seeing pop stars inhabit his beloved characters and the project ground to a halt.

Jackson commented, “There probably would’ve been some good songs coming off the album.” 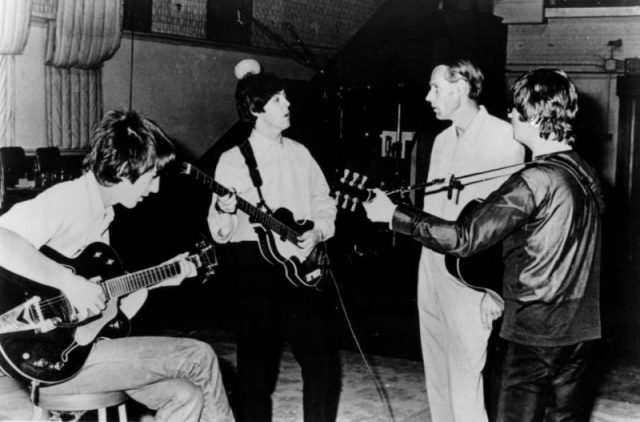 Harrison, McCartney and Lennon with George Martin at EMI Studios in the mid 1960s

Before Jackson delivered the ultimate big screen Lord Of The Rings, John Boorman (Excalibur) attempted an adaptation. Controversial director Ralph Bakshi (Fritz The Cat) turned the first two novels into an animated movie in 1978. An unrelated cartoon of the third book was made for TV 2 years later.

The Beatles’ life stories have been dramatized on film many times, sometimes with the same actors playing the roles. For example, Ian Hart portrayed John Lennon in both The Hours and Times (1991) and Backbeat (1994). 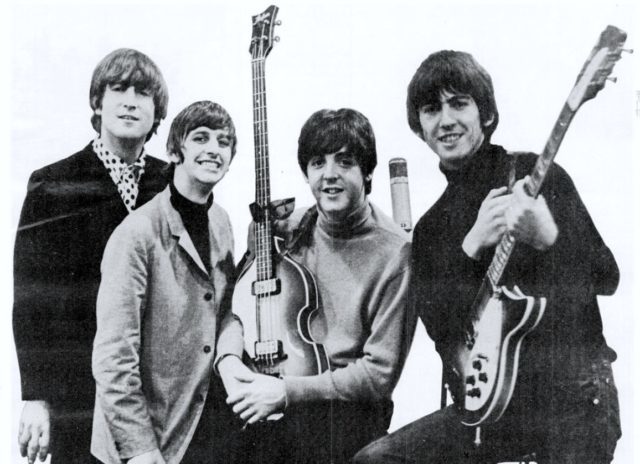 Ron Howard (The Da Vinci Code) made the documentary Eight Days A Week – The Touring Years in 2016. At the premiere, as quoted by the BBC, Jackson explained “I’m not a musical expert – and The Beatles are just about the only music I like.”

Read another story from us: An ancient Roman ring found in an English field inspired J. R. R. Tolkien’s epic saga “Lord of the Rings”

When Peter Jackson likes something, it tends to lead to major financial returns. There are high hopes his film will make a worthy addition to the Beatles’ legacy.