100 Years of Beauty Legends that Defined their Generations

In addition to beauty being in the eye of the beholder, it is also a subject of trends and fashion. When it comes to female bodies especially, and the upheld image of what is beautiful it was always connected to the fashion industry and leading role models of the era.

Common ideals of perfect proportions come and go almost as fast as fashion trends. From the pen-and-ink drawn Gibson girl in the 1910s to fuller-frame curvy bodies we adore today, the “most desirable” figure has rapidly changing. Every decade had its own standards and stars that were epitomizing the beauty ideal. 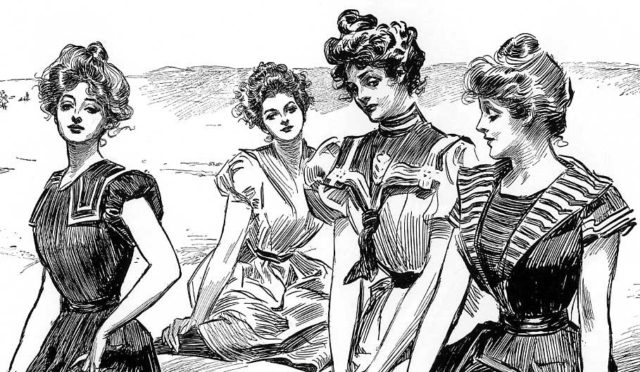 Gibson Girls at the beach

The Gibson Girl was artist Charles Dana Gibson’s interpretation of the fashion industry’s “New Woman,” a response to the new freedoms for women won by the Suffrage Movement. 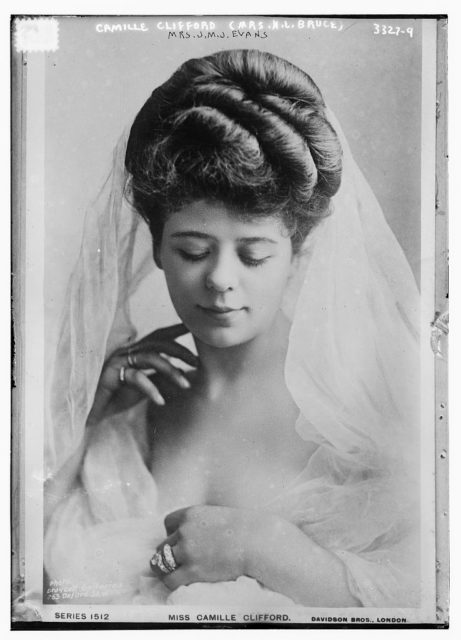 Her illustrations portraying a slender yet voluptuous, fragile yet independent female image first appeared in the 1890s and became a standard for beauty for the next 20 years. Two of the most famous Gibson girls — the personification of this perfect female body ideal — were the American-Belgian stage actress Camille Clifford and Evelyn Nesbit. 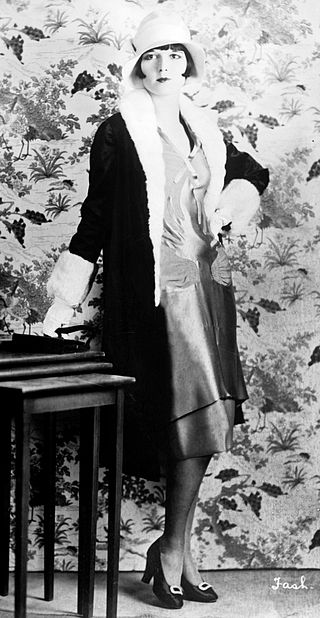 Louise Brooks in her prime.

The 1920s are characterized as the flapper girl epoch. The flapper was young and stylish; she had a much thinner frame than her predecessor as poverty was the defining feature of the era. 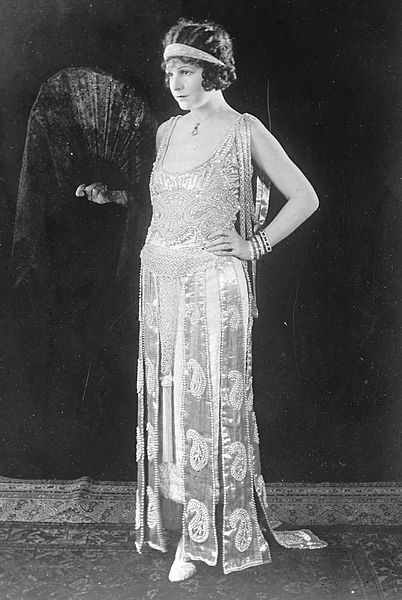 Many women, unfortunately, did not even have to diet to keep their bodies thin. However, it is an epoch that brought dieting to the table. Beauty idol stars of the ’20s include silent screen actresses Olive Thomas and Alice Joyce. 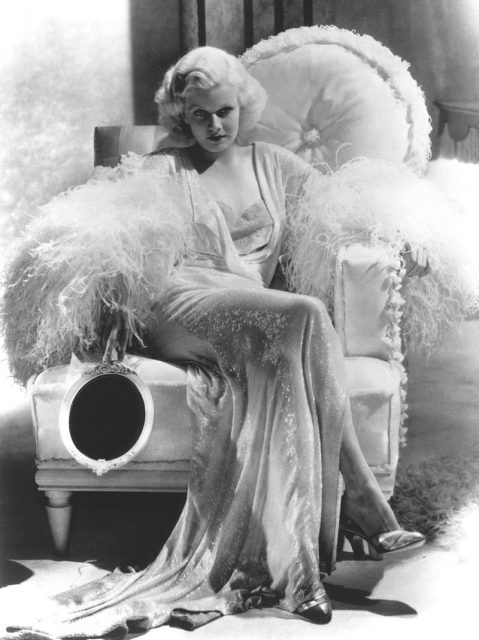 Jean Harlow as Kitty Packard in ‘Dinner at Eight’.

With the economic situation improving between the two great wars, many women had greater access to larger quantities of food. This fact alone brought curves back into the picture. Jean Harlow, the “Blond Bombshell,” was the curvy icon known for her “Laughing Vamp” movie persona. Her body became the next new perfect, and she also inspired a more daring and naked look that accentuated female sexuality. 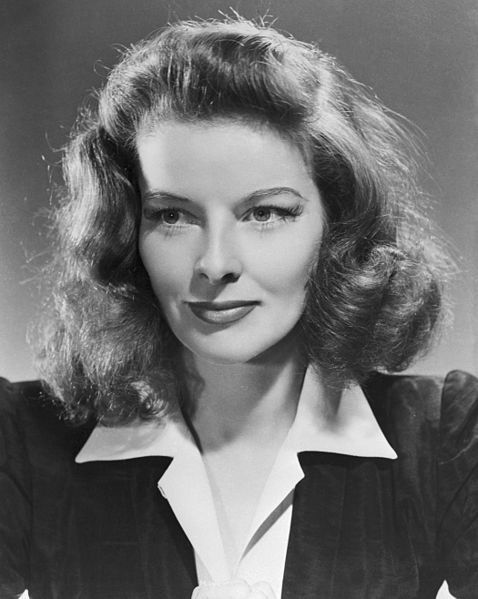 The 1940s women were on average an inch bigger than the flapper girls of the 1920s, and the slim-waisted curvy figure was making a comeback. It was in 1940 that the career of “natural beauty” Katharine Hepburn stepped up to the next level when she bought her own contract, along with the film rights to Philadelphia Story.

Hepburn’s refusal to be molded into a sex symbol made her just that — she defied the norms of sexuality, among other strongly upheld progressive opinions. She brought strongly defined cheekbones and a confident air to the table. Women’s fashion of the day ranged from fitted suits to belted flowery dresses. 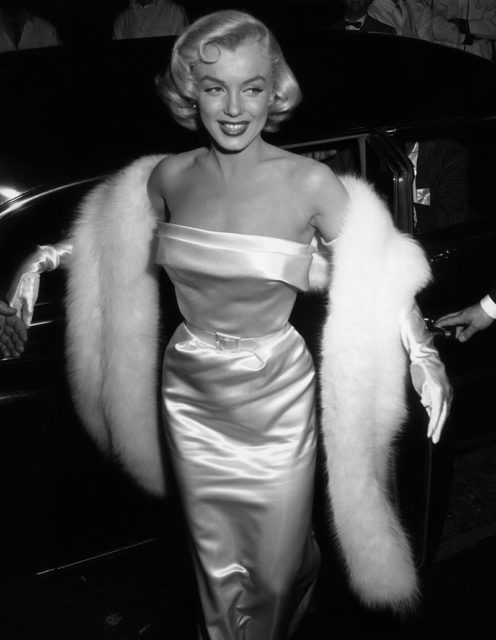 When we think about the 1950s, beauty icons Marilyn Monroe and Elizabeth Taylor are sure to immediately come to mind. Contrary to the 1920s invention of the diet pill, the ’50s saw the promotion of weight gain and it was a decade where the weight gain pill was invented. Women were expected to be bigger — and bustier — in order to be considered feminine. 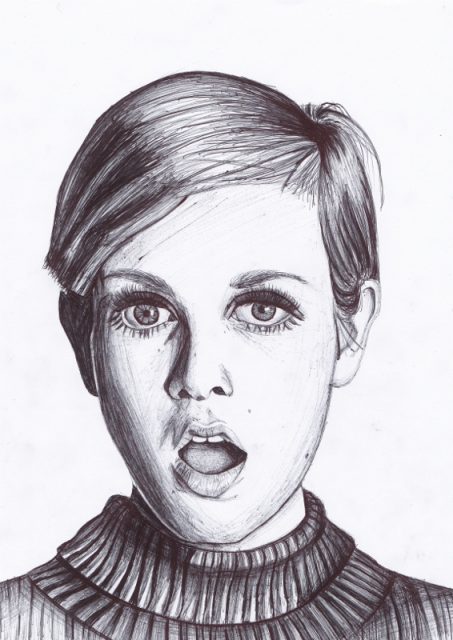 A drawing of Twiggy, by Flickr user Failuresque CC BY SA 2.0

In stark contrast to the 1950s, without any smooth transition, the 1960s was the era of skinny the era of Audrey Hepburn. Imagine going from Marilyn Monroe to Twiggy in only a decade. Trying to emulate the child-like frame of Twiggy or Jean Shrimpton sent women the world over into dieting cycles. The mini-skirt was invented for girls to show off their thin legs. 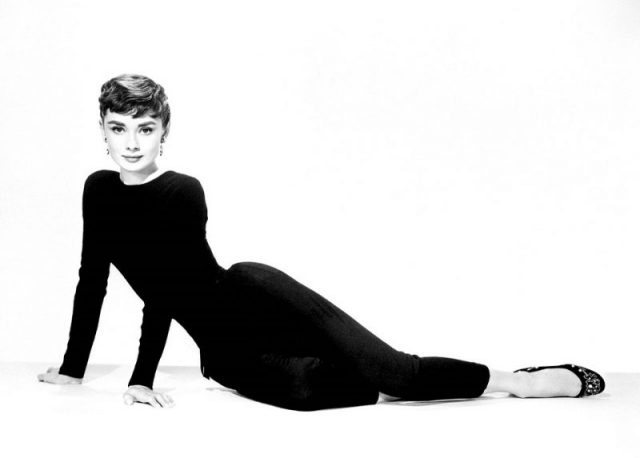 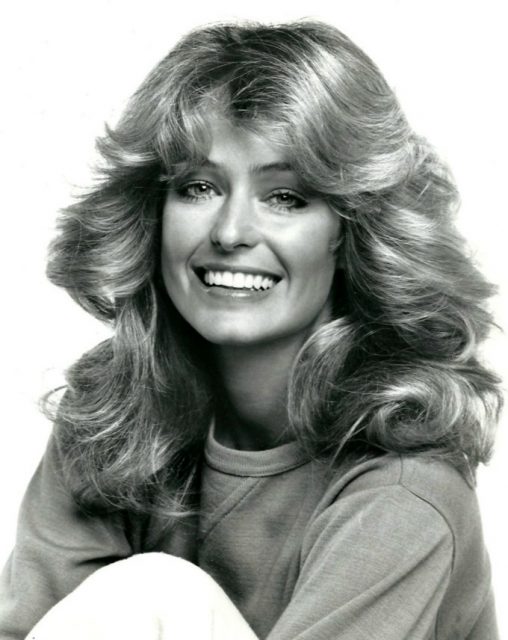 The 1970s still promoted lean bodies, with wider shoulders and thinner hips. However, curves were also acceptable, but only when in right places. It was a time of dancing queen bodies, such as Farrah Fawcett. 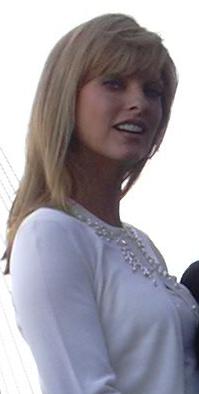 Elle MacPherson and Linda Evangelista, the “leggy” models set some high standards for women. The bodies of these supermodels were tall, slim with impressive long legs. The supermodel ideal was born. 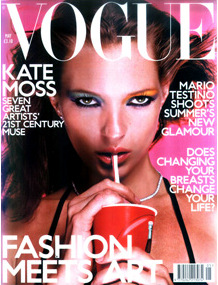 Kate Moss on the cover of the May 2000 UK edition of Vogue magazine, photographed by Sarah Morris. 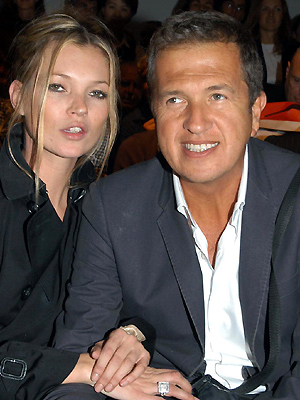 The ’90s can be characterized by grunge and Kate Moss. The grunge subculture emerged into the mainstream and influenced prevailing beauty ideals, promoting thin, androgynous bodies. Despite the controversy surrounding the emaciated look, pale skin, dark heavy eyes, and unhealthy thinness, it remained popular throughout much of the decade. 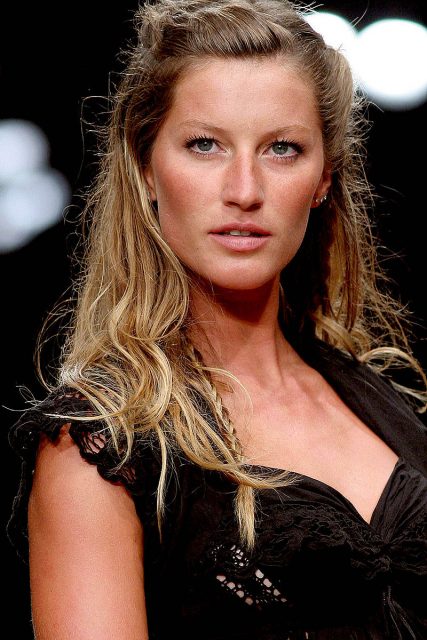 Christina Aguilera and Britney Spears, together with model Gisele Bundchen promoted a healthier and more toned look in comparison to the ’90s. Their style introduced an obsession for firm abs and toned, fit bodies. Together with them came the spray tan to accentuate all those hard-earned muscles. 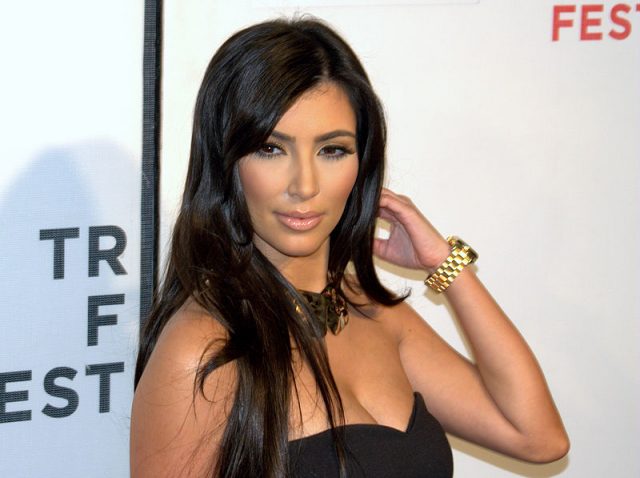 However, the trend of the decade seems to have been set by the likes of Nicki Minaj and Kim Kardashian. The 1950s are coming back and curves are once again reigning supreme for the moment.

« How Shall I Call You? A Furrowing History of How to Address Women
A Divinity Student has Just Cracked a Baffling 200 Year Religious Code »