Archaeologists have discovered an underground cave in Mexico filled with untouched Maya artifacts, according to Smithsonian Magazine. It is hoped that this important find will shed light on relations between the Maya and their neighbors, and may even hold clues to the rise and fall of this rich, ancient civilization.

The discovery was made at a major site of Mayan ruins called Chichén Itzá, on the Yucatan Peninsula. This impressive complex of ruined buildings, temples and palaces includes the famous stepped pyramid known as El Castillo, a temple dedicated to the Mayan serpent deity Kukulcan. 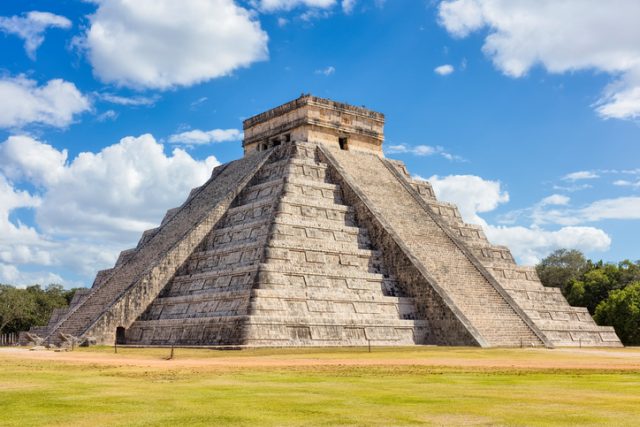 North-west view of the El Castillo (Temple of Kukulkan). El Castillo, also known as the Temple of Kukulcan, is a Mesoamerican step-pyramid that dominates the center of the Chichen Itza archaeological site in the Mexican state of Yucatán. Chichen Itza was a large pre-Columbian city built by the Maya people of the Terminal Classic period. The archaeological site is located in Tinúm Municipality, Yucatán State, Mexico.

The temple sits at the center of a vast archaeological site, once one of the most important cities in the region. Chichén Itzá rose to prominence in around 600 AD, and developed into a major economic regional power.

According to National Geographic, it remained the regional capital until the mid-13th century, when economic problems, depopulation, and invasion by the neighboring Mayapan ruler contributed to its eventual decline.

The site is one of the most important and archaeologically rich areas of the Yucatan Peninsula, and this latest find comes in the wake of a wider project that aims to understand the vast subterranean network that exists underneath the ruins. 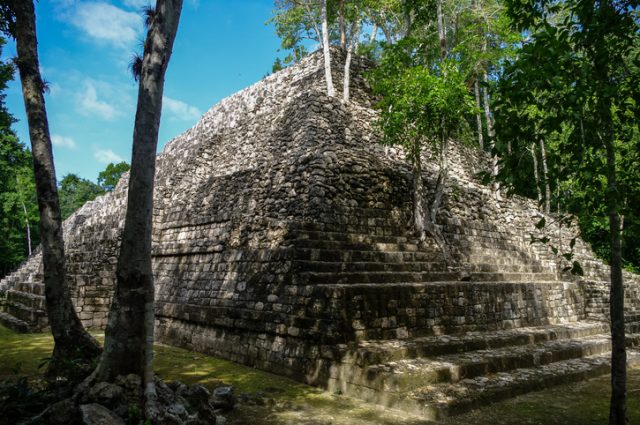 Sight of the Mayan pyramid in ruins in the archaeological Balamku enclosure in the reservation of the biosphere of Calakmul, Campeche, Mexico

The Great Maya Aquifer Project is currently exploring the enormous cave system that runs underneath the Yucatan Peninsula, which, at 215 miles long, forms the longest flooded cave ever discovered on Earth.

As part of this project, underwater archaeologist Guillermo de Anda and other members of the Great Maya Aquifer Project team opened up a new area of the cave network and discovered that it was filled with ancient Mayan artifacts.

The objects had been deposited there around 1,000 years ago, some as ritual offerings to Tlaloc, the rain god of central Mexico. According to The Washington Post, the Mayas had their own rain god, named Chaac, and so may have imported Tlaloc from other Mesoamerican cultures. 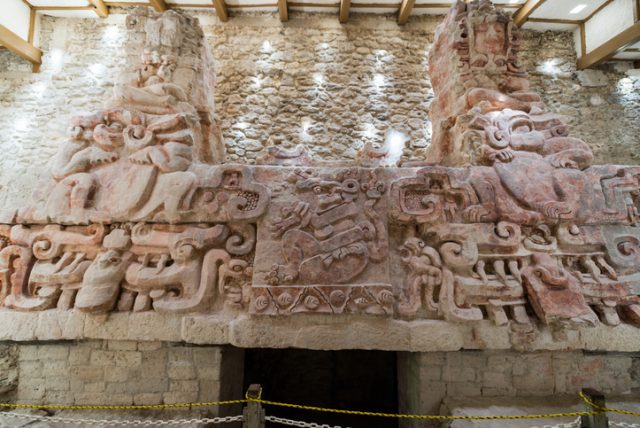 View of an ancient Mayan frieze in the ruins of Balamku, Mexico

The cave can only be accessed by crawling through a long, small passage. Recalling the moment he entered the cave, de Anda said, “I couldn’t speak, I started to cry. I’ve analyzed human remains in [Chichén Itzá’s] Sacred Cenote, but nothing compares to the sensation I had entering, alone, for the first time in that cave,” according to National Geographic. He added, “You almost feel the presence of the Maya who deposited these things in there.”

The cave is known locally as Balamku, or ‘Jaguar God’, and was actually originally discovered in 1966 when archaeologist Victor Segovia Pinto investigated it following advice from local farmers. According to National Geographic, he made a brief report, detailing 155 objects inside the cave, but then decided to seal it and not to pursue any further enquiries. 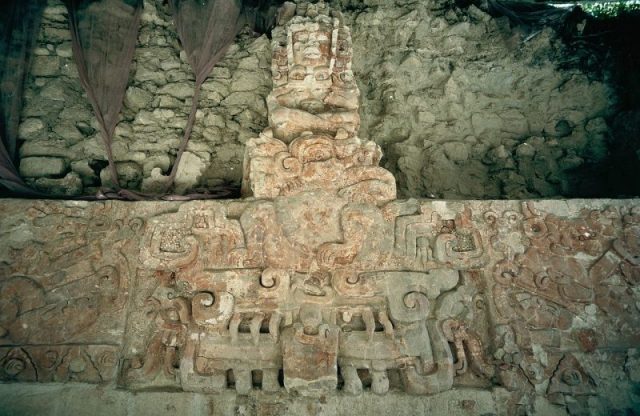 This decision has given modern archaeologists a unique opportunity to examine the objects in situ, and take advantage of the latest advances in technology to analyze them without removing them from their context.

The artifacts found in the cave include incense burners, vases, plates and a variety of other offerings, placed there as part of Mayan rituals. The location of the cave, the difficult of the access route, and the number of objects found there suggest that it was an extremely important holy site. The archaeologists decided to leave the objects in place, to respect local culture and customs.

Underground caverns and cenotes (sinkholes) occupied a special place in Maya culture, representing openings to the underworld. For this reason, they were considered to be sacred spaces, and are crucially important in understanding the culture and worldview of this important civilization. 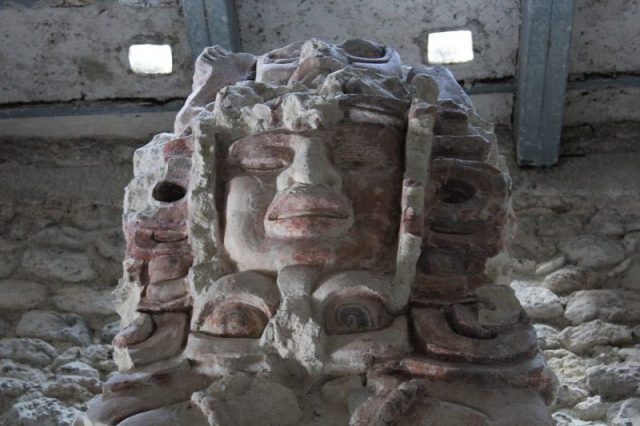 Balamkú, fresco in Structure I Balamku is a small Maya archaeological site located in the Mexican state of Campeche, within the Petén Basin. Photo by Arian Zwegers CC BY 2.0

It is hoped that this discovery will shed further light on Mayan customs and practices, in addition to telling us more about the relationship between the Maya and other Mesoamerican cultures.

In addition to examining the objects themselves, archaeologists hope to use cutting edge technologies to analyze the materials in and around the offerings, as this may provide insights into what actually went on in these cave rituals.

Read another story from us: Long Lost Monastery of Dark Age Anglo-Saxon Princess Discovered in Scotland

As de Anda comments, this discovery represented an important opportunity for archaeologists. “Balamku can tell us not only the moment of collapse of Chichén Itzá, it can also probably tell us the moment of its beginning. Now, we have a sealed context, with a great quantity of information, including useable organic matter, that we can use to understand the development of Chichén Itzá.”