Not many things are built to last these days, and the world is covered in the relics of the past, broken but still standing. In Algeria, however, one of these old buildings still remains.

Hammam Essalihine, or Bath of the Righteous, was constructed sometime during the reign of Roman Emperor Titus Flavius, between 79-81 AD, making the bathhouse nearly two thousand years old. Withstanding the ravages of time, wars, and even earthquakes, the ancient spa still stands as a monument to Roman era engineering.

Not unlike day spas of the modern era, bathing in natural hot springs was believed to confer both relaxation and health benefits for those who partook. Taking in the hot mineral-rich water at a thermae was an important ritual for those in the middle to higher levels of Roman society. 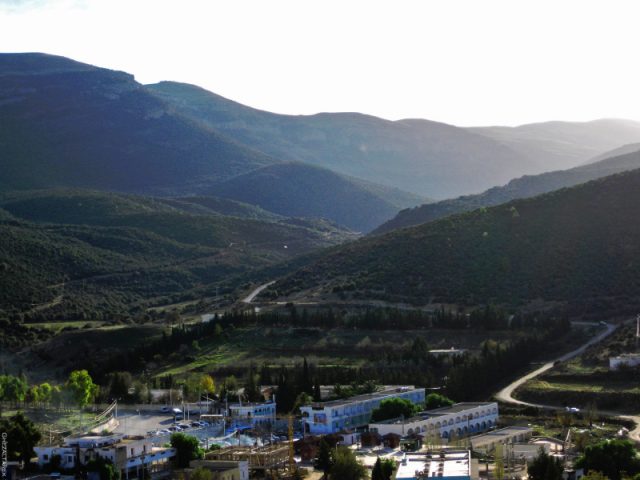 Not only would they partake in bathing, rubbing themselves down with oils, showering, and then scraping off the grime and dirt with a tool called a strigil, but the bathhouse also served as a food hall, gymnasium, library, and community center.

As all of these things were thought to be critical to the good health and well being of the Roman populace, the bathhouse provided all of them. They were even used in politics — if a candidate wanted to curry favor with their electorate, they would sponsor a free day at the local thermae in his name, so that all may, at least for that day, experience the wonder while thinking of him. 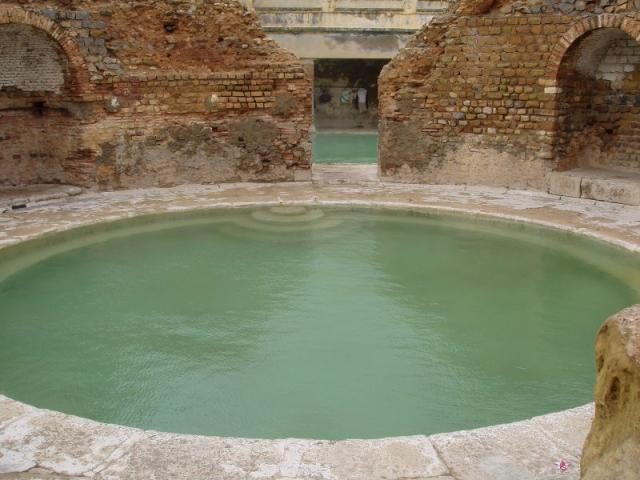 Hammam Essalihine sports several pools, though the main two are a large rectangular one for men that is nearly 46 feet long, over 30 feet wide, and nearly 5 feet deep, and a circular one for women, which has a diameter of 26 feet and is the same depth.

Even today, the site is a draw for both tourist looking to experience something akin to what the Romans did, and locals who take in the waters and discuss current events amid a relaxing environment.

Thankfully for those visiting the site today, Hammam Essalihine was built on preexisting hot and cold springs that provide it with its mineral-rich waters.

According to About Algeria, the water of the bathhouse-turned-modern-spa is pure and on average sits at a balmy 70°C, or 158°F. In less lucky locales, infrastructure like aqueducts and heating systems called hypocaust, pipes drawing water through tunnels filled with hot air from a furnace, would provide and heat the water for bathers. 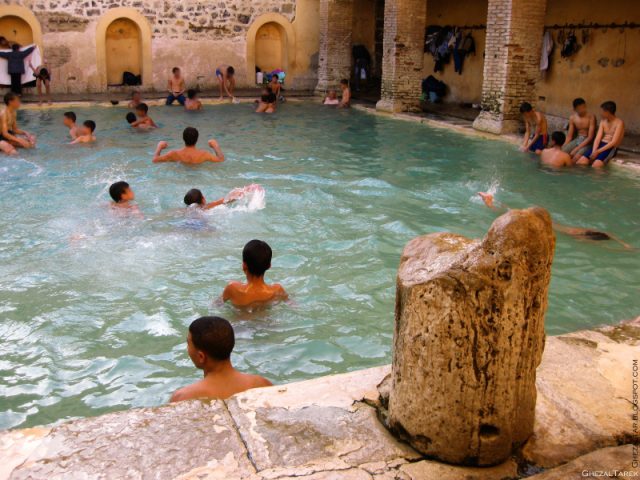 The bath house is located in the El Hamma district, about six and a half miles from the capital city of Algiers.

According to the BBC Magazine, the region sports many Roman-era ruins and monuments, including Kemissa, an amphitheater, a Roman army garrison, and Tipasa, a town on the coast formerly known for its fish paste. 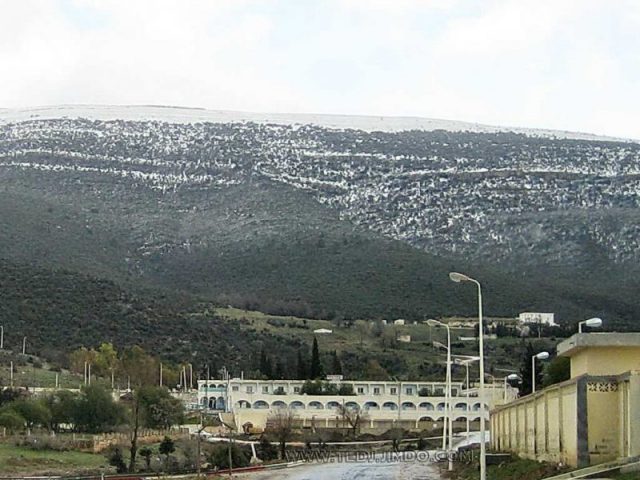 Not many bathhouses dating to the Roman era are left in the world — only six remain in Algeria, and many that remain are mere ruins, in various levels of conservation or restoration. Unlike most, Hammam Essalihine remains largely as it was and operational, though according to Bored Panda, it can be difficult to get to.

So if you happen to be traveling in Algeria and are looking for something that is both rife with historical interest and majorly relaxing, it would be remiss if you didn’t swing by to take in a bath at Hammam Essalihine. The bath house is open 24 hours a day and is accommodating for both men and women.