In October of 1992, 17-year-old Michelle Knapp of Peekskill, New York was watching television when she heard a loud bang outside. When she went to find out what happened, she saw that her car had been hit by something that smashed the right rear part of the trunk and tail light.

The object went through the trunk and ended up on the ground underneath. She found a 26-pound rock embedded in the cement that was too hot to touch. Knapp called the police to report that someone had vandalized her car. 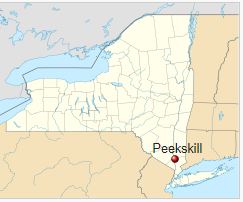 Her neighbor, who had come outside as well, deduced that no human could have thrown rock with that type of force and that maybe the rock had dropped from the sky.

The next day someone from the American Museum of Natural History in New York City came out and determined that the rock was a piece of a meteor that had traveled over the east coast as a fireball.

It had been seen by thousands of people attending outdoor events that night. Video cameras recording events were suddenly pointed upward and at least 16 videos were recorded as the rock made its way over the east coast. It left a visible fiery trail that stretched for 450 miles, giving astronomers a rare look at the trajectory taken by the meteor. 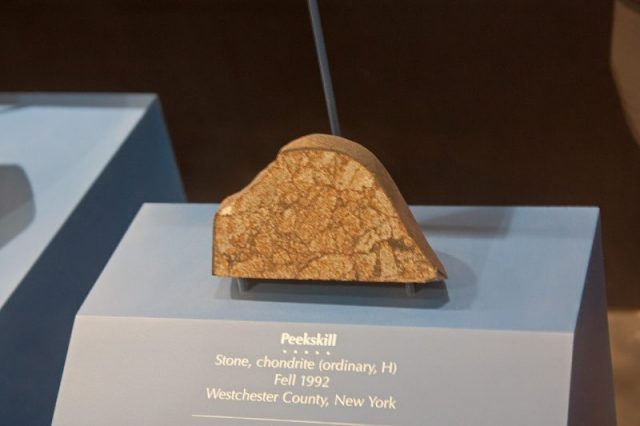 Peekskill meteorite in the National Museum of Natural History. The meteorite hit a parked car in Peekskill, New York in 1992. Photo by Wknight94 CC BY-SA 3.0

Knapp’s disappointment of having her first car smashed by a meteorite quickly disappeared when Iris Lang, wife of meteorite collector Al Lang, offered her twice what she had paid for her car. The collector took the car, which, according to its own website, The Peekskill Meteorite Car, is now insured for $1 million. 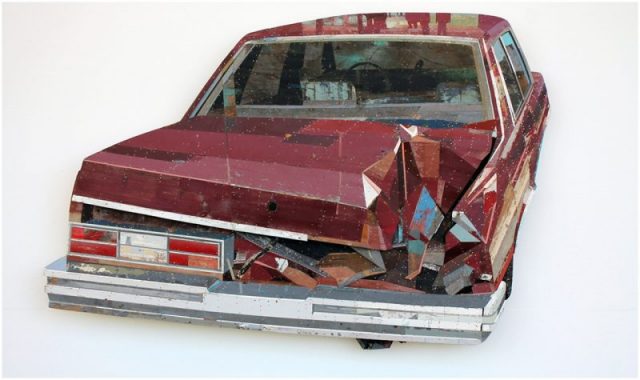 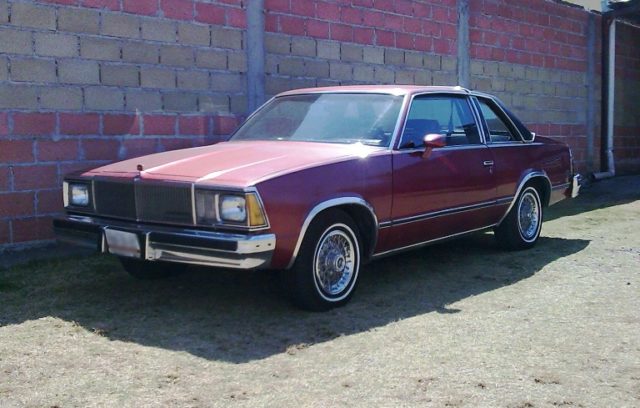 The meteor pierced the trunk of a 1980 red Chevrolet Malibu

Some years later, Darryl Pitt from the Macovich Collection of Meteorites in New York City, and the meteorite consultant for Christie’s Auction House, acquired the car and the meteorite. In 2012, the vehicle’s original title and the bulb from the broken taillight sold for over $5,000, and pieces of the meteorite are selling for more than $150 per gram.

Thousands of meteorites have hit the Earth. Harvard’s International Comet Quarterly states that a meteorite is reported to have stuck a man-made structure about once per year, though it’s likely that there are many more that aren’t reported. 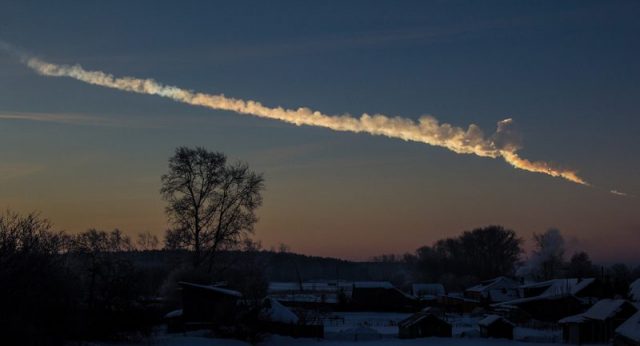 In 1825, a man from Oriang, Malwate, India was killed, and a woman next to him was injured, when a meteorite fell. In 1827, another man from India in Mhow was hit, wounding his arm. In May of 1860, a horse in New Concord, Ohio, USA was struck and killed by a meteorite.

In 1994, a driver near Getafe, Spain had a three-pound meteorite fall through his windshield, bend his steering wheel and break his finger.

You can read more about it here – www.meteoritecar.com

Another meteorite near Chelyabinsk, Russia fell in 2013, creating a huge air blast shock that broke the window glass of most of the buildings in Chelyabinsk and injured more than one thousand people.

Read another story from us: The Largest Piece of Meteorite in the World

Meteorites have been falling to Earth since its beginning and will continue to do so as long as the planet survives. Just be sure you are not caught in the path.