An excavation team from New York University have stumbled on an undiscovered palace. Located in the ruins of Ancient Egyptian city Abydos, it stands by the royal temple of famous pharaoh Ramesses II.

NYU’s excavation is exploring the remnants of an extensive building program that helped characterize Ramesses’ rule (1279 – 1213 BC). Newsweek writes that Abydos is “home to a royal necropolis where pharaohs from the earliest dynasties — such as Qaa from the first dynasty and Peribsen from the second — are thought to have been entombed”.

Last week the team — or “mission” — noticed a stone walkway at the temple’s entrance to the southwest. Following it led them to the secret palace, which contained attention-grabbing examples of “the cartouche — a hieroglyphic marking that denotes royalty” according to Newsweek. 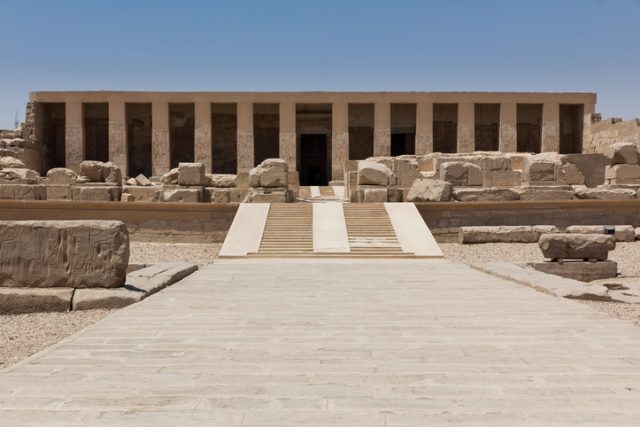 Temple of Seti I at Abydos, Egypt

Rare cartouches are seen at the temple’s four corners, with intriguing depictions. Ahram Online says that they show Ramesses “birth and throne names painted in a golden color. They are surmounted with double feathers with a sun disk in between and beneath them a decorative gold sign.”

The palace is made of limestone and mud brick, with limestone floors. Mission director Sameh Iskander refers to a second hall, the base of which is a column of sandstone. Lintels can also be seen, bearing kingly inscriptions. 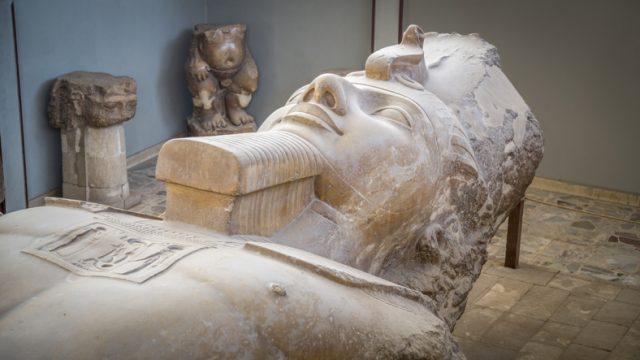 Ramesses II was part of the Nineteenth Dynasty and became one of the most well-known Egyptian rulers. He hailed from a relatively humble background — a 2017 BBC article drawing on the works of James Baikie (1866-1931) describes grandfather Ramesses I as “essentially a provincial bureaucrat who had had greatness thrust upon him.”

Predecessor Seti I “saw military success as well as achieving one of the high points of Egyptian art, marked by sensitivity, balance and restraint.”

Unfortunately for Seti I his son didn’t measure up when it came to war. He fought the Hittites in Syria at the Battle of Kadesh (approx. 1274 BC) and eventually signed a peace treaty with them. As for his artistic side, the verdict has been mixed. 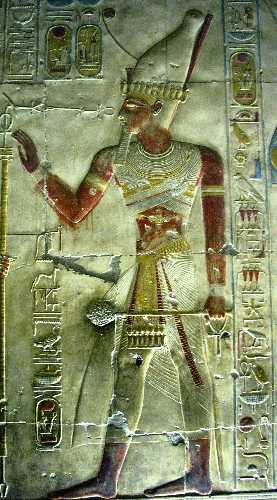 The BBC writes “Good art can be found in Ramesses’ reign,” but adds “it continued to flourish when not subjected to the dead weight of the king’s ego.” Also known as Ramesses the Great, he is believed to have been the subject of poet Percy Bysshe Shelley’s 1818 work Ozymandias, about a foolish king. Ramesses II was called Ozymandias in Greek.

The pharaoh was a boastful self-publicist, a quality not unknown to those of his stature. His legacy endures, both architecture and what’s called a “multimedia afterlife: his mummy is flown from Cairo to Paris to be exhibited and re-autopsied, and a series of airport-lounge best-sellers by a French writer, Christian Jacq, gives a soap-opera version of his life.” 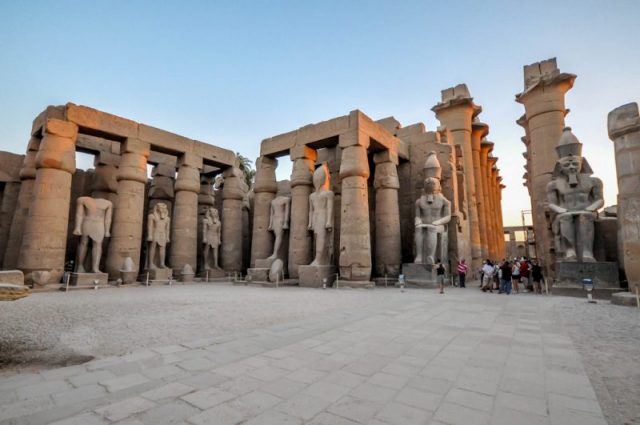 Courtyard of Ramses II Temple at Luxor. Photo by Jorge Láscar CC BY 2.0

He even got the Hollywood treatment when screen heartthrob Yul Brynner portrayed him in epic The Ten Commandments (1956). Anne Baxter played one of his wives, Queen Nefertari. Another wife was Isinofre who gave birth to Khaemwise, a studious individual believed to be “the first Egyptologist in history.” 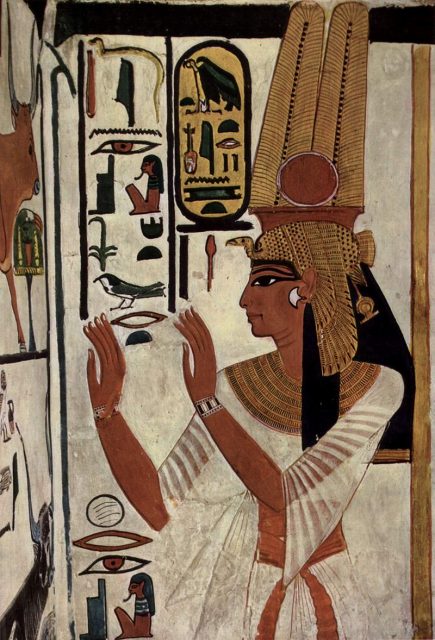 Khaemwise would no doubt have been interested in NYU’s efforts, which have opened up the conversation on the design of Egyptian temples. Ahram Online mentions the similarity between Ramesses II’s palace and that of his dad, saying “The location and layout of the palace exhibits a noteworthy parallel to the temple palace of Ramses II’s father Seti I in Abydos some 300 metres to the south.”

Newsweek quotes Prof. Joann Fletcher of the University of York. She observed, “The fact Ramses II required a palace at Abydos also reveals that he didn’t just order a new temple at the site but was spending enough time there to warrant such accommodation…To have a building in which people lived their lives is always a fascinating thing to find.”

« Use the Force, Chucky! Mark Hamill Lends his Voice to ‘Child’s Play’ Remake
When did Humans First Inhabit Australia? New Findings Suggest a Much Earlier Date »