The French police have recovered a unique ring that was stolen in Paris from the fiancée of Prince Jean-Christophe Napoléon, a descendant of a brother of Napoléon Bonaparte. The royal heirloom is valued at around $1.3 million and set with a 40-carat diamond taken from the crown of France’s last empress, Eugénie.

According to The Telegraph, “It was stolen from the countess’s bag, which had been left in the couple’s unlocked car outside a Paris hotel. They parked their Mercedes GL last Monday afternoon in a street beside the five-star Hotel d’Aubusson in Paris’s plush 6th arrondissement, where they were meeting their parents.” 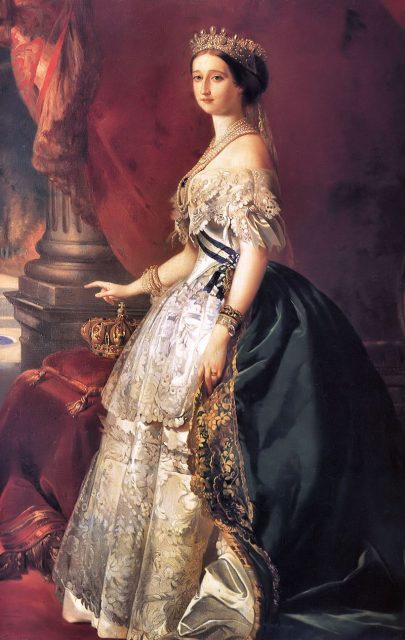 The prince and his fiancée, Countess Olympia von Arco-Zinneburg, said they kept an eye on the car, but when they came to pick up the bag shortly afterward, it was gone. Prince Jean-Christophe is the great-great-great-great-nephew of Emperor Napoleon through his youngest brother, Jerome, king of Westphalia.

When he was 11 years old, his grandfather died and in his will stipulated that Prince Jean-Christophe should succeed him as the head of the “Imperial House of France.” If the Bonaparte family were to return to power — and the likelihood of this is extremely small — the 32 year-old investment banker who lives in London and went to Harvard Business School would be the one to assume any throne offered. 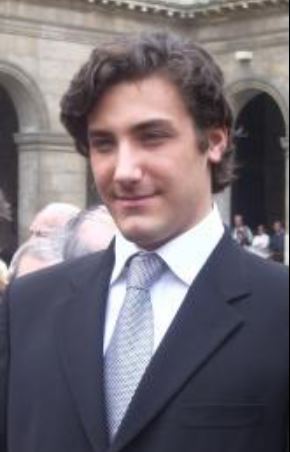 On the day of the robbery, no CCTV cameras showed the car, but after reporting the theft to police, the couple “checked the countess’s bank accounts and found that one of her credit cards had been used minutes earlier at a sushi restaurant.”

Phoning the restaurant, they learned that the man had just left and were able to get the restaurant to share an image of the man taken on its camera with the French police.

The police arrested the man at his home and recovered the ring. The suspect was described as a 30-year-old Egyptian, with a police record. According to The Telegraph, a source close to the case said: “He apparently didn’t realize the value of the ring. The investigators did a great job. It was a race against the clock as he could have disposed of it at any time.”

The Empress Eugénie was the wife of Napoleon III, the last Bonaparte ruler. He was the nephew of the first Napoleon, the son of his younger brother Louis and Napoleon’s stepdaughter, Hortense Beauharnais. (There were many rumors at the time that Louis was not the father; the marriage was very unhappy.) 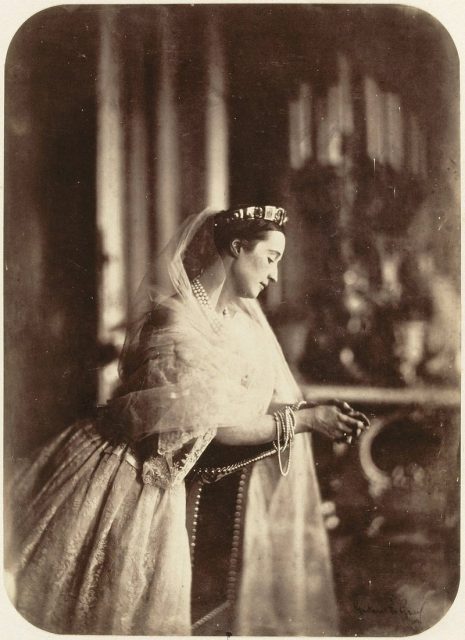 Eugénie de Montijo – the last Empress of the French, circa 1856

The first Napoleon had one son by his second wife, an Austrian princess, but this son died young without marrying. Napoleon III and Eugénie also had a son, but he died in the Anglo Zulu War. The various Bonaparte heirs — and there are many of them — are descended from brothers and sisters of the first Napoleon. 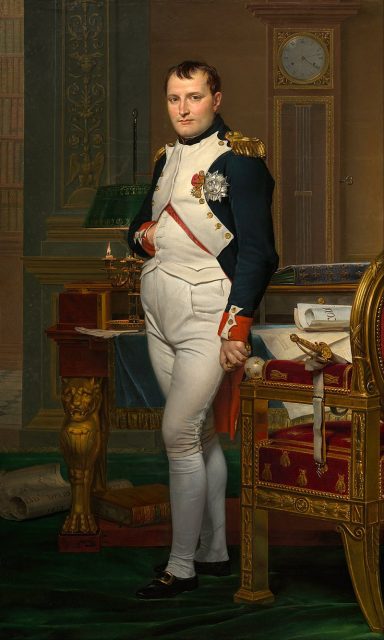 Portrait of Napoleon in his 40s, in high-ranking white and dark blue military dress uniform

The Empress Eugénie was born Eugénia María de Montijo de Guzmán, the daughter of a Spanish noble. The beautiful young woman was chosen by Napoleon III as his a bride for dynastic reasons, and the two lived in great luxury. She had an extensive jewelry collection. The diamonds in the countess’s engagement ring formed part of the diadem of Eugénie.

Read another story from us: The Bizarre Plot to Rescue Napoleon from Exile by Submarine

The Bonaparte heirs are bitter rivals of the descendants of the Bourbons, the family of Louis XVI, who do not acknowledge their rights to any inheritance. No one expects the Bourbons to return either. Prince Jean-Christophe Napoléon appears in public every year on May 5th at Les Invalides in Paris, which houses the tomb of Napoléon Bonaparte, to commemorate the emperor’s death.

« Musical Twist: Jimi Hendrix and Joe Pesci Once Played in the Same Band
Tourists Flock to this Poison Garden – But a Trip There Could Prove to be Fatal »