Why Some People In China Choose To Marry Ghosts

In rural Chinese provinces such as Shanxi, Shaanxi, and Henan, it is quite common for two departed souls to marry, or for a living person to marry a ghost. But why is that the case? Why would someone want to organize or take part in a posthumous wedding?

Loneliness in the afterlife

The belief in an afterlife is very strong in China. Living relatives are required to make regular offerings to the ghosts of their ancestors to ensure that they are happy and well cared for in the next life. Such offerings include money, little houses, or servants — all made of paper so that they can be burned and thus transferred into the afterlife. 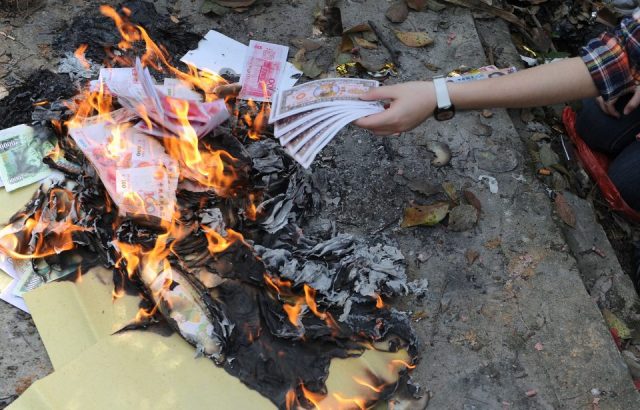 A Chinese woman burns paper money at a grave on Qingming, a day to honor the dead. (Photo Credit: STR/AFP via Getty Images)

If a man or woman dies unmarried, it is believed that they will be lonely in the afterlife. Parents will arrange a ghost marriage not only because they love their children and want to spare them from loneliness, but also because they fear that an unhappy ghost is more likely to come back and haunt them.

The BBC reported in 2016 that ghost marriages were particularly popular in Shanxi because many unmarried men lost their lives in the coal mining industry. Finding their deceased son a bride for the afterlife was a way of compensating him for having died young while working to support the family.

One source suggests that an unhappy ghost might cause illness within the family as a sign of displeasure. If a relative falls ill reasonably soon after a funeral and a normal cure cannot be found, this may prompt the family to search for a ghost spouse.

Because descendants look after the spirit tablets of deceased family members, it is important to some Chinese people that they have children to continue this tradition. A spirit tablet is a placard associated with a deceased person that is used in rituals of remembrance. Incense is burned next to the tablet, and food, drink, and other offerings can be placed before it. 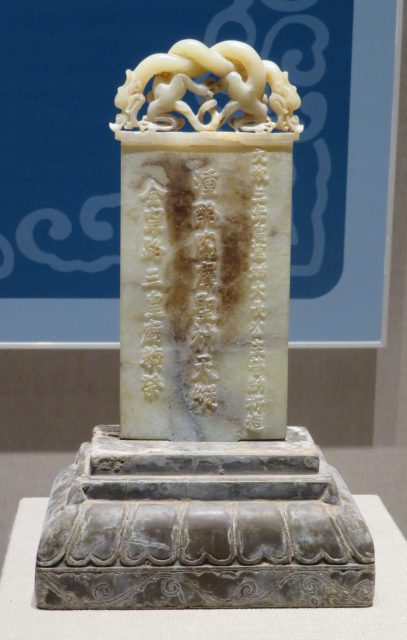 While it might be tempting to think that a deceased man could not have children, that’s not strictly the case. If a deceased man is subsequently married, then the family can adopt an heir for him. For preference, a brother of the deceased will assign one of his own sons to be the heir. This is done by writing a contract that is placed under the deceased’s tablet. Once that is done, the son will inherit his new father’s share of the family estate, but he must also make appropriate offerings to his adopted father. 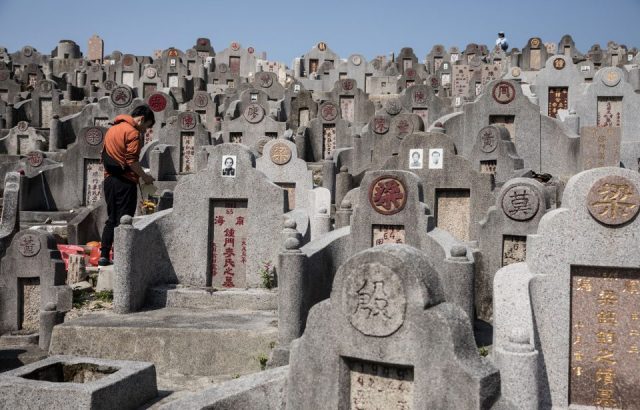 In some areas, an unmarried man cannot be buried in the same plot as his family because he’s brought shame on his ancestors by not continuing their family line. Unmarried women might be denied a formal burial at all. A ghost marriage between two deceased souls will solve both these problems and allow a proper burial for the son and his new wife, bringing comfort to both families.

If an unmarried woman passes away, her relatives are not allowed to place her spirit tablet with those of the rest of the family. Instead, she is assigned a paper tablet that is placed in a corner near the door. A ghost marriage will ensure that her spirit tablet is cared for by her husband’s family on their altar.

Societal pressures on the living

While ghost weddings are usually conducted between two deceased people, there are also plenty that are conducted between a living person and a dead one. Various societal pressures mean that such a union can seem quite appealing to some.

Unmarried women in some parts of China are seen as not only shameful but also as a burden to their families. They can be shunned by society. A ghost marriage will improve her standing in the community and earn her a place in her husband’s family home.

In some cases, families will go to quite a bit of effort to ensure that their deceased child will have a spouse that is a good match for them. There are special feng shui matchmakers for ghost marriages just as there are for traditional Chinese marriages. They will research and consult horoscopes to make sure that two spirits are suitably matched.

Some people will leave a red money packet in the road, and anyone who picks it up will be obliged to become the deceased person’s spouse. It might also be that the deceased person will appear to a relative in a dream to suggest whom they might marry.

In some cases, it might be that two people were already engaged to be married when one of them passed away. In that case, the remaining partner may wish to marry the deceased person for societal reasons. In 2015, a video went viral showing a man marrying his deceased girlfriend.

If a woman wants to marry her deceased fiancé, it might be that she would have to take on strict mourning conditions, make a vow of celibacy, and live with the man’s family going forward.

A ghost wedding is carried out in much the same way as a normal Chinese wedding, but with added funereal elements. Bamboo effigies dressed in traditional wedding clothes are used to represent the missing parties and then burned afterward. 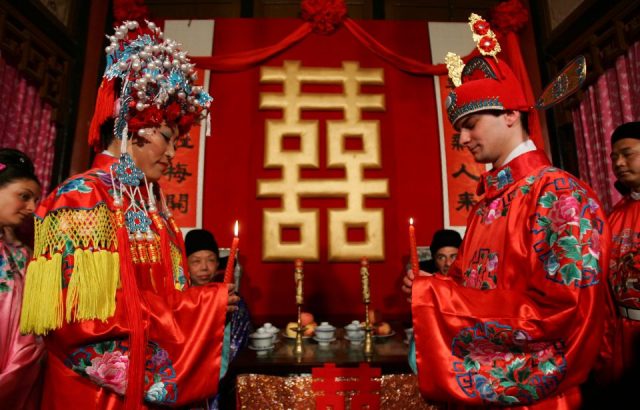 The bride’s family will provide a dowry that can include jewelry, servants, and a house (all made of paper, of course). Gifts exchanged between living members of the bridal party might include cakes, dresses, and money.

To ensure that the two spirits can be together in the afterlife, the bride’s body is dug up and then reinterred with the groom’s. The spirit of the deceased woman will be “led” to her new home by a medium or priest.

Marriages between the living and the dead

For many years, China had a “one child per family” policy in place. Because Chinese traditions place so much more weight on the value of a male child than a female one, some families chose to abort a female fetus and try again for a boy.

The knock-on effect of that policy means that there are now substantially more men than women in China. Estimates from the National Bureau of Statistics put it at about 32.66 million more males than females in 2018. This means that it can be challenging for a man to find a wife, and so ghost marriages have taken on new importance.

Bang Xiao, a journalist for ABC, spoke about how his friend had been dead for a year before his family found him a bride. In that case, it was a young woman from the central Henan province who was still alive but hours away from dying of kidney failure when the marriage contract was agreed.

When she finally passed away, both families were able to grieve but also celebrate the union that would mean neither of their children would be lonely in the afterlife and their family lines could continue.

Speaking to ABC, Wang Yong, an employee at a Shanxi hospital, explained how news of a young girl dying can result in many families descending on the hospital to take part in an “auction” for a new bride. He added that if the auction is completed swiftly, then the parents will be arranging to deliver her body even while she’s still alive. 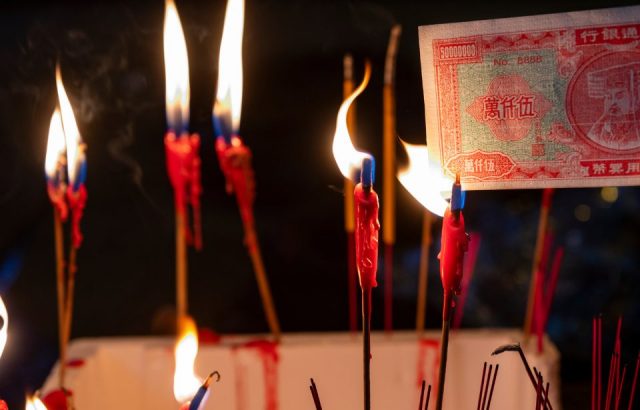 But where there is a demand for something, there will always be those willing to break the law to supply that demand. As such, it is not unknown for people to take to graverobbing, kidnapping, and even murder in an effort to provide a female ghost bride.

In 2015, it was reported that three suspects had been detained for graverobbing related to a ghost marriage. The men had pretended to be relatives of a deceased woman and negotiated a sale of 25,000 yen ($4,000) for her body. Fortunately, they were caught by villagers when trying to steal her remains.

Even passing a law in 2006 making it illegal to sell a corpse hasn’t deterred some criminals. Graveyards have taken to installing CCTV and recommending concrete coffins to try and prevent graverobbing.

Back in 2016, a ghoulish case made headlines: three men were arrested for killing two women with disabilities so that they could sell their bodies on as ghost brides. The twisted irony is that they encouraged the women to go with them by promising they could find the women grooms.

Professor Ping Yao is a history professor at California State University in Los Angeles. He told ABC that there have been at least 12 prominent murder cases related to ghost marriages.

Practiced in other countries 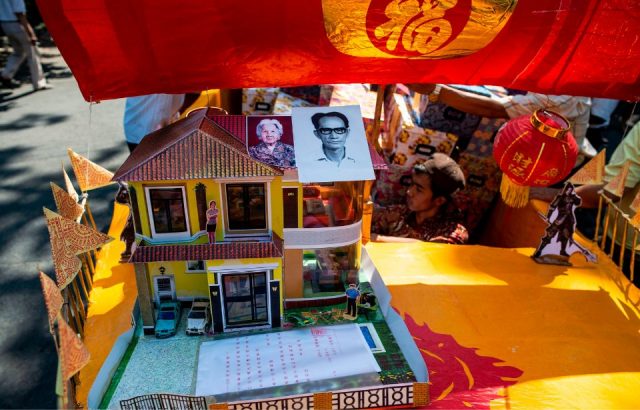 Paper offerings to be burnt for the dead as a way to mark the Hungry Ghost Festival in Indonesia. (Photo Credit: Juni Kriswanto / AFP via Getty Images)

While ghost marriages are popular in China, it’s not the only place they occur. Instances of such ceremonies have been found in France, Sudan, and parts of Asia. Other traditions include levirate marriages, where a brother must marry the deceased man’s widow.

In Taiwan, relatives of an unmarried woman who has passed away will leave red packets with cash, paper money, or a lock of hair in them out where people can see them. If a man picks the packet up, he is the chosen groom and must marry the deceased woman. It is bad luck if he does not. However, no bones are involved, and the groom is allowed to marry another, living woman later, so long as he continues to consider his ghost bride as his primary wife.

« Thomas Young, The Polymath Who Saw The Light And Challenged Isaac Newton
10 Little-Known Facts About ‘Planet Of The Apes’ »