Since the 1700s, treasure hunters and explorers have flocked to Oak Island in Nova Scotia, Canada, searching for buried jewels and artifacts. Legend has it that the pirate Captain Kidd hid his treasure on the island in the 1600s, including priceless items like religious artifacts, manuscripts, gold, and even jewelry belonging to Marie Antoinette.

Countless people have tried to solve the “Oak Island mystery” and locate the treasure, but 300 years later two brothers may have finally cracked the code.

William Kidd, or Captain Kidd, was reportedly the man behind the Oak Island mystery. Kidd was a Scottish sea captain and privateer who had dabbled in piracy before. In 1701, he was tried and executed in London, England for murder and piracy. However, prior to his execution, Kidd was rumored to have buried a hoard of treasure on an island “east of Boston.” 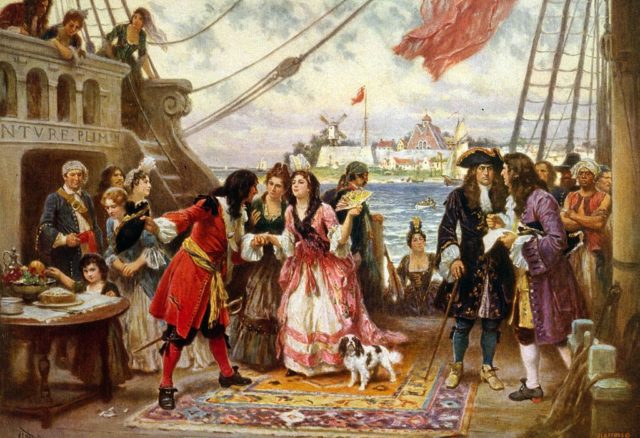 The legend states that a dying sailor in New England confessed to being part of Captain Kidd’s crew, but never divulged where the treasure was hidden.

People believe that a money pit unearthed in 1795 was built by Kidd and his crew, but others claim that it would have taken them too long to construct the levels of planks and stone slabs without arousing suspicion.

Skeptics also doubt that Kidd would have amassed such a large treasure at his young age. The money pit wasn’t even connected to pirates until 1936 when a New Jersey businessman named Gilbert Hedden discovered a large triangle made out of beach stones pointing in the direction of the pit.

The history of Oak Island

The privately owned Oak Island is located in Lunenberg County, Nova Scotia, Canada. The island was part of the traditional territory of the Mi’kmaq, the local Indigenous people. The Mi’kmaq called the area that encompasses Oak Island “Segepenegatig.” The earliest European settlers arrived on the island sometime in the 1750s, when French fishermen built a few small houses at the nearby village of Chester. 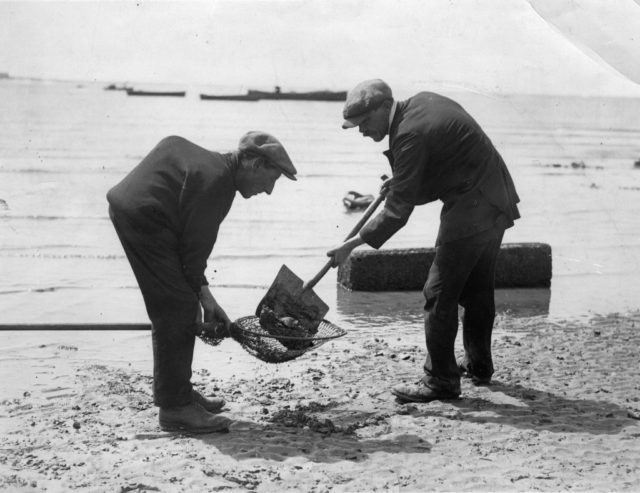 The local population grew when the land was made available to settlers in 1759 thanks to the Shorham grant. In 1761, a large group of settlers arrived from Massachusetts. Around this time, the island was divided into 32 lots, with many prominent local families claiming their own piece of the island.

By 1856, stories of a mysterious pirate who hid his treasure on the island went mainstream. Countless treasure hunters arrived in hopes of finding the treasure. One area of interest is called the “Money Pit,” comprised of a shaft that extends 100 feet below the surface. Local lore tells of a teenager, 16-year-old Daniel McGinnis, who discovered a clearing on the island in front of an old oak tree with unnatural scar marks appearing to be caused by a rope. 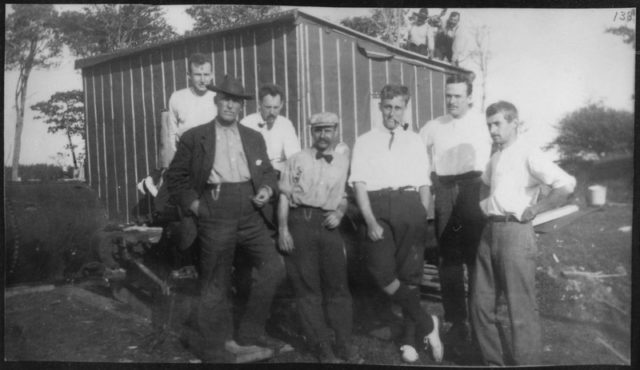 McGinnis investigated the suspicious area and unearthed a large underground shaft which he recognized from childhood tales he overheard of pirates and buried treasure.

The next day, McGinnis recruited his two friends and returned to the oak tree. Equipped with shovels and picks, they began to dig – discovering that the earth still showed pick marks in the clay from when the pit was originally constructed. Once they dig 1.2 meters down, they hit a layer of flagstones. 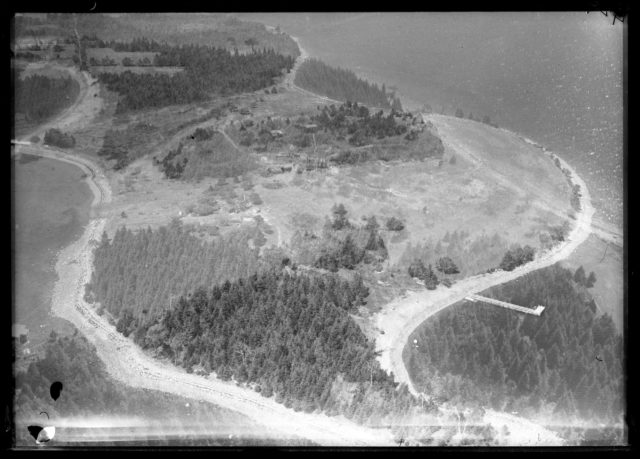 Once the stones were removed, the boys were disappointed to see nothing but packed logs stacked at three-meter, six-meter, and nine-meter intervals. They realized that they would never be able to recover the treasure without heavy machinery, so they returned home and vowed to come back for their treasure someday.

Nine years later, McGinnis and his friends returned to the site and found it exactly how they had left it. Now with the financial support of local businessman Simeon Lynds, they put together a team of laborers to excavate the treasure. As they continued to dig, more wooden platforms were unearthed. They surpassed 12 meters, 15.2 meters, 18.2 meters, and 21.3 meters until finally, at 27.4 meters deep, they discovered a stone with a cryptic inscription.

The message went undeciphered for 62 years until a language professor from Halifax University broke the code in 1866. The inscription translated to read: Forty Feet Below Two Million Pounds Are Buried.

In 1965, a causeway was built between the mainland and Oak Island specifically to help treasure hunters bring heavy machinery to the dig site. That same year, brothers Rick and Marty Lagina came across the Oak Island mystery for the first time in a Reader’s Digest article about the island.

The #CurseofOakIsland team may uncover something they have never seen before! 😱 pic.twitter.com/QbTRnsdBz5

Rick went on his first treasure hunt when he was ten years old, lifting a large granite rock with his brother and friends to see what could be hiding underneath. While he didn’t find anything of value, the experience instilled in him a love of chasing treasure.

In the 1970s, the Triton Alliance was founded to help provide treasure hunters with financing and technology to further their search. As they dug, they continued to find nothing but logs with strange Roman carvings and random artifacts like shoes or buttons. For the following 25 years, the island would go untouched by treasure hunters – until the Lagina brothers purchased part of the island in 2006.

The brothers consulted experts, brought in new technology, and expanded the search to new areas of the island. With experience running their own drilling business, the Lagina brothers were more than equipped to find the treasure. In 2014, HISTORY created the hit TV series The Curse of Oak Island, which follows the brothers and their fellow treasure hunters as they find new ways to locate Captain Kidd’s fortune.

The Lagina brothers are skimming through the pebbles trying to find some treasure! #CurseofOakIsland pic.twitter.com/NFpoG8tDS5

While they have yet to find Captain Kidd’s spoils, Rick and Marty have unearthed countless other valuable artifacts including Spanish coins, Portuguese carvings, an ancient Roman sword, and other items that prove various visitors from multiple locations have visited the island throughout history.

More from us: The Treasure Of Gangster Dutch Schultz Is Somewhere Beneath New York… Probably

According to local lore, Oak Island is cursed. The curse says that seven people must die before the treasure is revealed – and currently, six people have already contributed to fulfilling the curse. Will Rick Lagina be the seventh?