In Memoriam: Celebrities We Lost in 2022

The year 2022 has brought some huge losses for entertainment fans around the world. From the passing of Britain’s longest-reigning monarch to the unexpected deaths of beloved childhood icons, these are just a few of the bright stars who have left us this year. 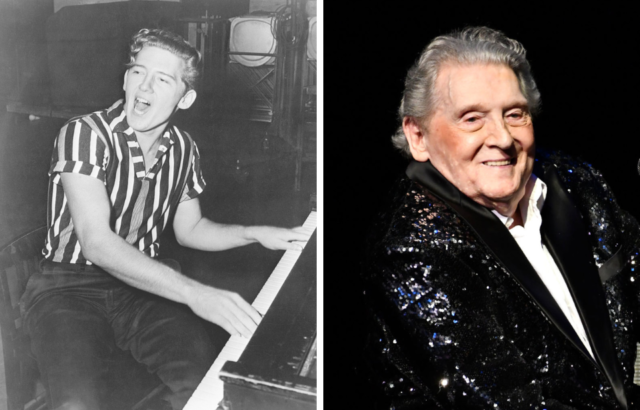 Rock ‘n roll pioneer Jerry Lee Lewis changed music with his electrifying style and classic hits like “Great Balls of Fire” and “Whole Lotta Shakin’ Goin’ On.” Lewis passed away due to “natural causes” on October 28, 2022, in his Mississippi home. Leaving behind an impressive legacy, Lewis’ career was as controversial as it was successful.

Lewis was born on September 29, 1935, in Ferriday, Louisiana to a poor farming family. He began playing the piano at age nine, lending from the gospel-style music he heard in church and the soulful sound of local Black musicians. Lewis’s career exploded in the early 1950s but soon fizzled after he became the focus of a massive controversy after he married his 13-year-old cousin Myra Lewis Williams in 1957.

Ultimately, his contribution to modern music has overcome Lewis’ wrongdoings. In a 2014 biography, Lewis told writer Rick Bragg “I want to be remembered as a rock-n-roll idol, in a suit and tie or blue jeans and a ragged shirt, it don’t matter, as long as the people get that show. The show, that’s what counts. It covers up everything.” 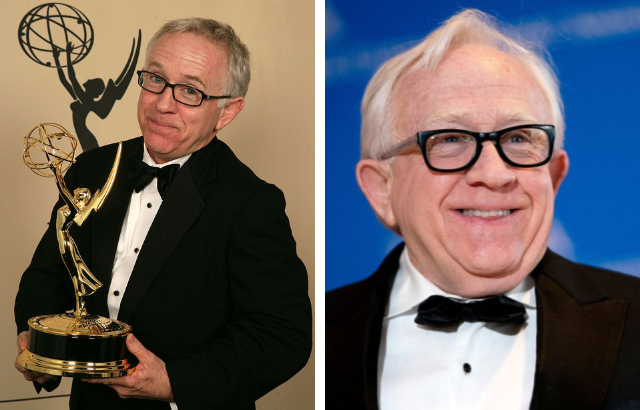 Actor and comedian Leslie Jordan was born on April 29, 1955 in Chattanooga, Tennessee. He moved to Los Angeles with $1500 sewn into his clothing. Growing up in a devout Baptist family, Los Angeles was an entirely new world for Jordan. He turned to drugs and alcohol, but journaling helped him to recover from his addictions.

Jordan’s career took off in 1986 with a role in the TV adventure series The Fall Guy. He became easily recognizable for his short stature and southern drawl and Jordan started to appear in some of the most popular series of the ’90s including Star Trek: Voyager, Murphy Brown, and of course his iconic recurring role as Karen Walker’s arch nemesis Beverley Leslie in Will and Grace.

Leslie Jordan was openly gay and was involved in the LGBTQ+ community, volunteering during the AIDS crisis. In recent years he gained nearly three million followers on Tik Tok for his hilarious and unapologetically authentic videos.

On October 24, 2022, Jordan’s car veered off the road and hit the side of a Los Angeles building after what is believed to have been a medical episode. Sixty-seven-year-old Jordan was pronounced dead at the scene. Jordan’s agent David Shaul shared the news with New York Magazine‘s Vulture: “The world is definitely a much darker place today without the love and light of Leslie Jordan… What he lacked in height he made up for in generosity and greatness as a son, brother, artist, comedian, partner, and human being.” 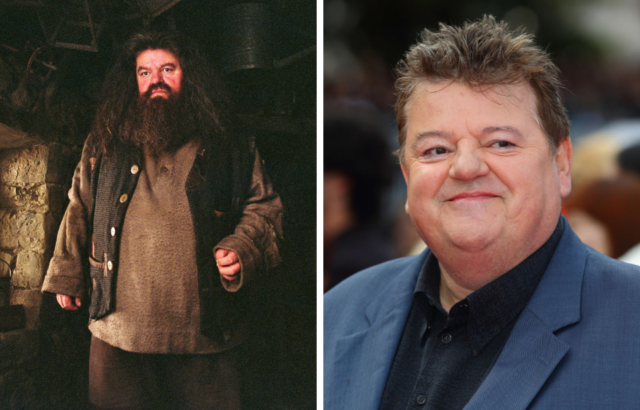 After studying art in college, Coltrane started performing standup comedy at local nightclubs, and in 1980 he landed his first acting role in the BBC miniseries Border Guard. Throughout the ’80s and ’90s, Coltrane’s career took off, thanks to his leading role as Dr. Eddie “Fitz” Fitzgerald in the popular 1993 TV series Cracker.

Coltrane was offered the role of a lifetime when he was personally selected by J. K. Rowling to play Hagrid in the Harry Potter film franchise, which made him a household name for families across the globe. On October 14, 2022, 72-year-old Coltrane died due to multiple organ failure which was likely brought on by multiple conditions including sepsis, a respiratory tract infection, and Type 2 diabetes. 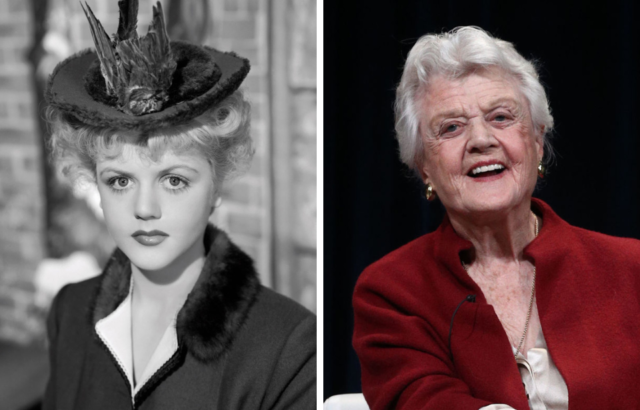 Dame Angela Lansbury was born in England on October 16, 1925. In 1940, Lansbury and her widowed mother immigrated to the United States and after studying acting in New York City she made her film debut in the 1944 psychological thriller Gaslight, which snagged her an Academy Award nomination for Best Supporting Actress. Her next role was alongside Elizabeth Taylor in National Velvet (1944) and in 1945 she received another Oscar nomination for her work in The Picture of Dorian Gray (1945).

Throughout her career Lansbury racked up an impressive 113 acting credits, including the famous TV series Murder, She Wrote and beloved children’s movies like Beauty and the Beast. On October 11, 2022 – five days shy of her 97th birthday – Lansbury died in her sleep at her Los Angeles home. 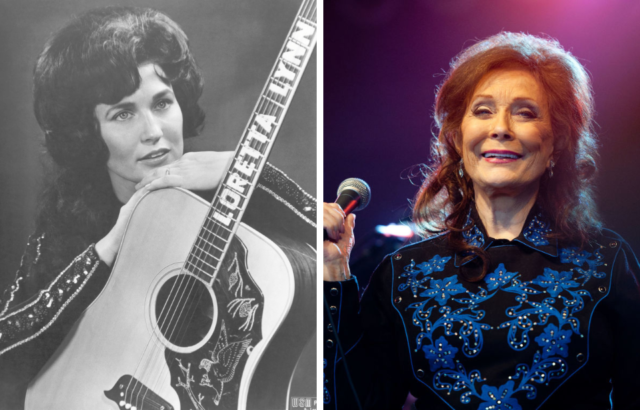 Loretta Lynn, the long-established Queen of Country Music, was born into a poor mining family in the Appalachian mountains of Kentucky on April 14, 1932. Lynn found her love of music at an early age while singing in church. She married Oliver “Doolittle” Lynn when she was 15 years old and the couple had four children together – all of whom were born before Loretta turned 20.

In 1960 Lynn – thanks to the support and encouragement of her husband – followed her dream and signed a deal with Zero Records. By 1962 she scored her first hit with “Success,” which topped the country charts. Throughout the remainder of her career, Lynn continued to release smash hit albums and also helped to redefine country music by carving out a place for female voices in a male-dominated genre. 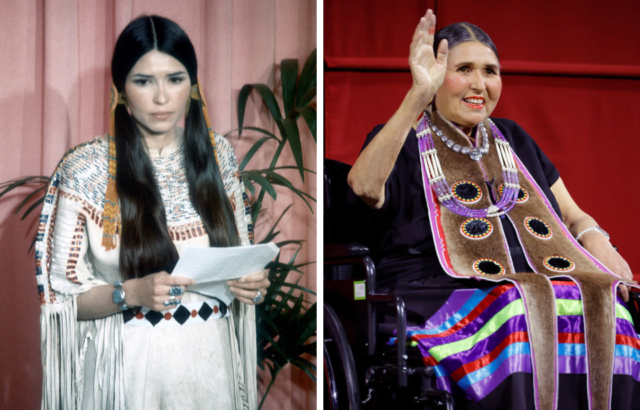 Apache actress and activist Sacheen Littlefeather made history when she represented actor Marlon Brando during the 1973 Academy Awards ceremony, in which Brando had been awarded Best Actor for his role in The Godfather. Littlefeather, on behalf of Brando, denied the award and explained that she and Brando had the goal of awakening the public to the ongoing misrepresentation of Indigenous people in Hollywood as well as bringing attention to the occupation of Wounded Knee.

Littlefeather was born on November 14, 1946. Though she suffered a rough upbringing, she refused to let her background impact her success. In the early 1970s, she pursued a modeling career and acted in small movie roles before becoming an outspoken activist and president of the National Native American Affirmative Image Committee.

Brando approached Littlefeather to read the speech he had written if he were to win the award since he planned to boycott the ceremony in support of AIM (American Indian Movement), the Native occupation of Wounded Knee, and the misrepresentation of Indigenous people by the film industry. She continued to be involved in advocacy and with the Indigenous community. On October 2, 2022, Littlefeather passed away after several years of health issues including terminal cancer. 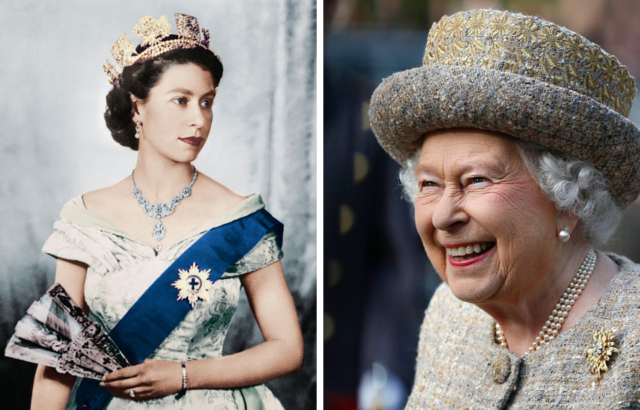 Perhaps one of the biggest events of the year occurred on September 8, 2022, when Buckingham Palace announced the death of Britain’s longest-reigning monarch, Queen Elizabeth II. The news shocked the world, which had only been informed of the queen’s deteriorating health just hours before her death.

Elizabeth II became queen in 1952 after the death of her father King George V. Prior to her reign, she served in World War II as an ambulance driver before marrying her husband of 74 years, Philip Mountbatten, the Duke of Edinburgh. Throughout her 70 years as Queen, Elizabeth II overcame scandals, conflicts, and times of hardship with grace. 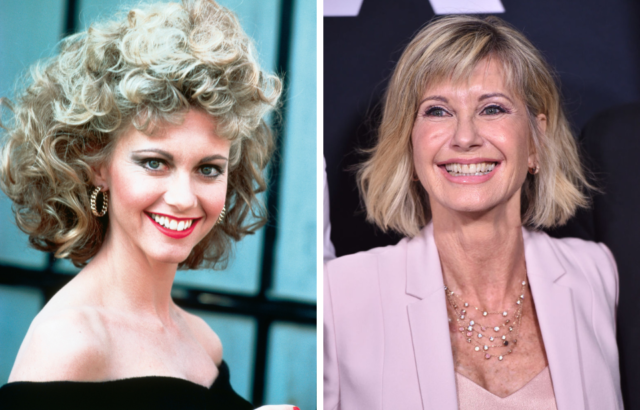 Four-time Grammy award-winning singer Olivia Newton-John became one of the biggest pop stars in the 1970s and is widely remembered for playing Sandra “Sandy” Dee in the 1978 smash-hit Grease. Born in England on September 26, 1948, Olivia was raised in Australia and found major success as a singer-songwriter before playing Sandy, landing a Grammy for her 1974 song “I Honestly Love You.”

Newton-John’s career took a drastic turn when she was diagnosed with breast cancer in 1992. After chemotherapy and a partial mastectomy, John survived her cancer battle and became a vocal advocate for breast cancer awareness. She was also involved in environmental and animal rights charities. 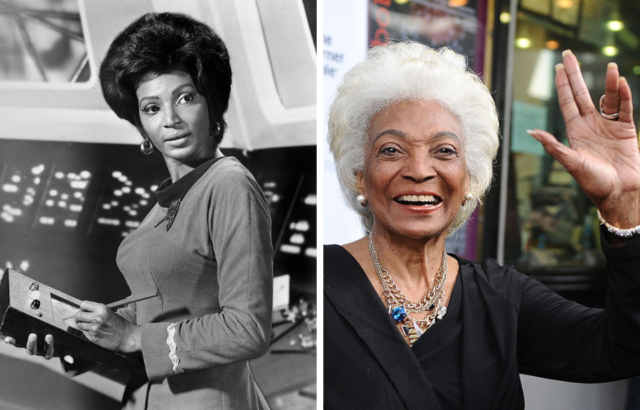 Actress Nichelle Nichols made television history as the first African-American woman to star in a lead role on television as Lieutenant Uhura in the 1960s sci-fi hit Star Trek. Nichols joined the show as part of creator Gene Roddenberry’s goal of creating a diverse cast. Nichols was born in Illinois on December 28, 1932. By the time she was 16, Nichols was a dancer touring with jazz performer Duke Ellington.

Nichols’ part in Star Trek broke the mold that many Black female roles were reduced to on other programs, often represented as maids or housekeepers. After her time as Uhura, Nichols was an inspirational speaker for NASA and advocated for women and minorities to become astronauts and study space.

On July 30, 2022, 89-year-old Nichols died of heart failure after several years of health issues including a small stroke in 2015 and a dementia diagnosis in 2018. 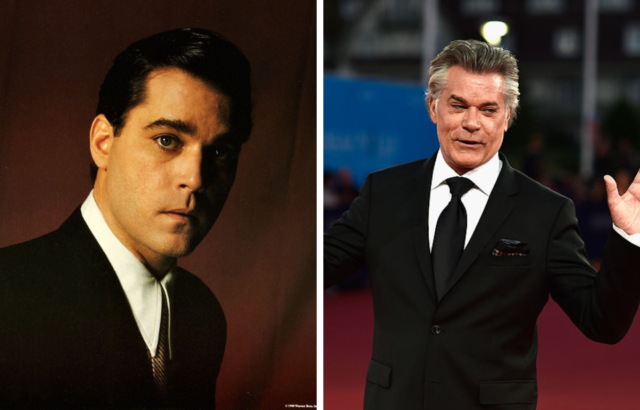 Ray Allen Liotta was born on December 18, 1954 in Newark, New Jersey. Liotta was a successful athlete in high school, playing both basketball and soccer. After graduating in 1973, Liotta studied acting at the University of Miami.

After moving to Hollywood to pursue his growing career, Liotta landed the role of Ray Sinclair, opposite Melanie Griffith in the 1986 rom-com Something Wild. Critics and audiences alike fell for the fresh-faced star, and Liotta’s career took off overnight. He went on to star in cinema classics like Martin Scorcese’s Goodfellas, Field of Dreams, and new releases like No Sudden Move.

On May 26, 2022, Liotta was found dead in his hotel room. Physicians believe the actor died suddenly due to a recently unearthed phenomenon dubbed Sudden Adult Death Syndrome. 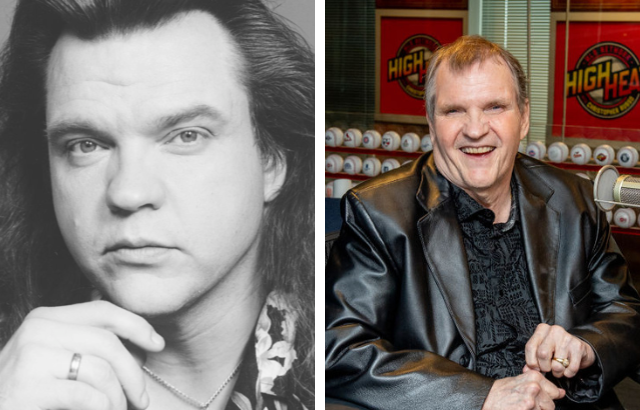 Marvin Lee Aday, better known by his stage name Meat Loaf, was born on September 27, 1947, in Dallas, Texas. Meat Loaf experienced a rough childhood, but in an effort to turn things around, he enrolled in university in the late ’60s. Ignoring his draft notice – he intentionally gained 60 pounds just to avoid serving – Meat Loaf dropped out of school and started his first band called Meat Loaf Soul in 1967.

He landed his first Broadway role in the hit musical Hair before getting the part of Eddie in the iconic cult-classic Rocky Horror Picture Show. Around the same time, he recorded his first hit album Bat Out of Hell. He later sparked health scare rumors after collapsing during two separate performances, one in 2003 and another in 2006. 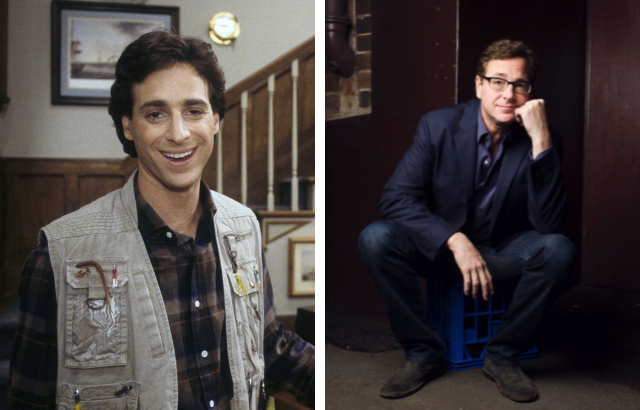 Beloved comedian and Full House star Bob Saget was born on May 17, 1956, in Philidelphia, Pennsylvania. Saget had a knack for making people laugh, even as a kindergartener, and by the time he was nine years old he was making his own movies with a Super 8 camera. He moved to Los Angeles in 1978 to attend the prestigious film school at the University of Southern California but dropped out of the program in a matter of days.

Rather than attend school, Saget began trying his hand at stand-up comedy in clubs throughout LA. After a failed job working as a comic for CBS’ The Morning Program, Saget was given the role of a lifetime as one of TV’s most famous dads: Full House‘s Danny Tanner. In 1990, he took on another role – this time as the host of America’s Funniest Home Videos, which he later handed over to fellow comedian John Fugelsang in 1997. Saget continued to appear in several one-off TV comedies and reprised his role as Danny in the 2016 Full House reboot Fuller House.

Saget was found dead in his hotel room on January 9, 2022. Physicians believe that the actor and comedian died from head trauma after sustaining a head injury before going to sleep.