Who doesn’t love a modern day fairy tale? Many believe that the type of love found in fairy tales are fictional. However, a World War I hero has proven to all of the skeptics out there that it is possible to find true love in a most wonderful way.

The World War I hero’s name is Lawrence of Arabia. During the war, he led Arab rebels as Britain’s ally. To this day, the operation remains largely a secret, as does Lawrence’s life. For the longest time it was believed Lawrence was gay – however, a new book that was recently released tells a different story about the young man.   He had a secret love for the woman who had taught him Arabic. The book is titled, The Boy in the Mask – The Hidden World of Lawrence of Arabia. The author is Dick Benson-Gyles and he claims that Lawrence had loved Farida al Akle, who taught him Arabic in the Lebanon. Other accounts have stated that Thomas Edward Lawrence was gay, however, Benson-Gyles said that this assumption was false. He has shown that Lawrence loved an Arab woman and she returned those feelings. While Benson-Gyles was studying Lawrence, he traveled to Lebanon to meet Farida before her death in 1975. He had explained that Lawrence didn’t like to be touched, so their relationship could have been spiritual. When Benson-Gyles met with Farida, he talked to her about her relationship with Lawrence. There he received a love, or confession, letter that she had written, to reveal more of their love story. In the letter she wrote, “I have not told you the truth.” From there, she explains that their relationship was more of a union between their souls. They were alone together for almost two months learning Arabic. She explained that people were very quick to call Lawrence a homosexual because he led a very private life. He didn’t like to be touched, but at one point he had wrapped his arm around her. Benson-Gyles said that Lawrence was shy with women, most likely because his mother had always made him feel guilty. Another reason was that he had been the victim of male rape and a brutal beating when he was held as a prisoner of war.  Again, the details of Lawrence being raped were believed to have been exaggerated, but Benson-Gyles has proved it did happen. He believes that Lawrence had suffered psychological damage from the incident. In fact, he had asked his fellow soldiers to beat him in an attempt to “exorcise the memory of his rape.”  Benson-Gyles believes that this is why Lawrence was so repressed when it came to his sexual life.

The author’s fascination with Lawrence began when he was studying at the university in Ireland. He explained that if the man was anything like he was in the movie, then he must have been pretty interesting. He had first read Lawrence’s biography in 1955 and believed there was more to his story. He explained that his interest in Lawrence had made him look further into the man’s life and what he found had assured him that the man had a lot more to him than many thought.

Benson-Gyles found more information on Lawrence’s background, discovering that he was the illegitimate son of an Anglo-Irish aristocrat. While the author was in Ireland he had done some research on Lawrence’s family. In other biographies written about the man, there haven’t been any more than two pages about his Irish ancestors. In Benson-Gyles’ book, there are more details than ever. Lawrence is better known as the British soldier who had led Arab rebels in World War I while they were fighting against Turkey, Germany’s ally. He had become a celebrated hero with a romantic image due to the press coverage and his own details about his adventures. The 1962 film Lawrence of Arabia had preserved his status as a hero even more so. 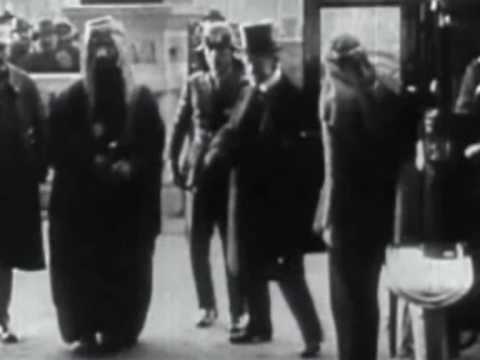 Benson-Gyles’ research found that there was evidence that the British Lawrence had sympathized with Irish nationalists. In fact, he was even offered a post in the Free State Army. The approach had been made by Michael Collins, the Irish rebel leader. The two met during negotiations in London which led to an independent Ireland in 1922.

The book is available for purchase here.

« The Ruins of Rosewell – one of the most sophisticated buildings built in America
2,500-year-old human remains: The Plain of Jars used to “distill” the bodies before burial? »