Juliana Koepcke is a survival name to remember. During the late 1960s and the 1970s, the Peruvian national airline LANSA was plagued by several accidents that led to the death of more than 200 people. In 1966, a LANSA Flight 501 crashed into a mountain. All of the 49 people aboard, including the six-man crew, perished.

Less than four years later, LANSA Flight 502 suffered a similar fate. Out of 100 people on board, there was only one survivor. When the plane crash landed, it took the lives of two more people on the ground.

The airline suffered from an increasingly bad reputation, but air traffic continued as it was still the fastest and safest way to travel from one Peruvian city to the other. On December 24, 1971, another flight, designated LANSA 508, was scheduled, this time from the capital city of Lima to Pucallpa in the central region of the country. 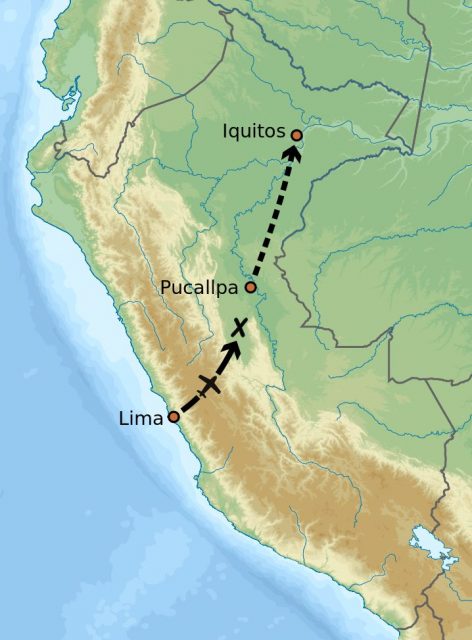 It was carrying six crew member and 86 passengers. Among the passengers were two German citizens– ornithologist Maria Koepcke and her 17-year-old daughter, Juliana. They were headed to Pucallpa to meet up with Maria’s husband, and Juliana’s father, Hans-Wilhelm Koepcke, a zoologist who was conducting research in the Amazon jungle at the time.

Just 40 minutes after take-off, their small plane ran into a severe lightning storm. Lighting struck the fuel tank, causing the right wing of the airliner to detach from the hull. Everyone aboard suddenly became aware that this was the point when a crash was imminent.

The plane was going down fast, starting to disintegrate as it came closer to the ground. Finally, after free-falling for 10,000 feet, it crashed in the middle of the merciless Amazon jungle.

Less than an hour into the journey, Juliana would find herself as the sole survivor of the ill-fated LANSA Flight 508. Her heart was still ticking, and so was her wristwatch, which read 9 a.m. when she woke up, meaning that had she spent almost a full day unconsciousness.

Even though her life was spared, she was still badly injured–her collarbone was broken, there was a deep cut on her leg, and she was suffering from a severe concussion. 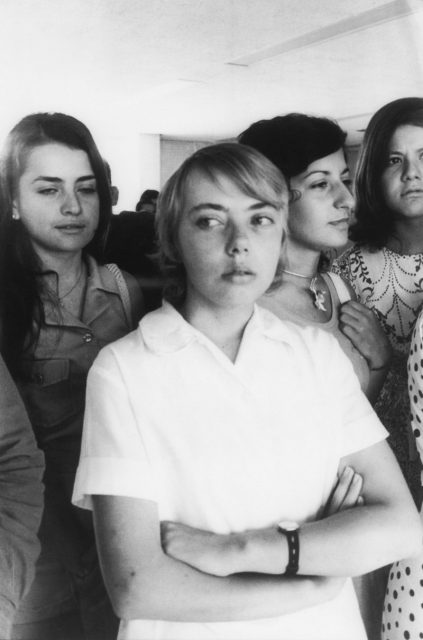 Juliane Kopcke was the German teenager who was the sole survivor of the crash of LANSA Flight 508 in the Peruvian rainforest. Kopcke followed a stream for nine days until she found a shelter where a lumberman was able to help her get the rest of the way to civilization. She is shown here with some of her classmates as she returned to classes in Lima.

As the airplane had broken apart, the teenage girl still strapped into her seat fell out, through the dense canopy of an ancient rainforest that partially broke her fall, and onto the ground.

In shock, she took in her surroundings and called out for her mother, but only the sounds of the jungle replied. Nevertheless, the daughter of an experienced zoologist who had spent a year and a half living at a rainforest research station remembered her training.

She tried to scavenge for food in the wreckage of the plane but only found a pack of candies to keep her from starving. Since she was short-sighted and lost her glasses it was difficult to see where she was going. In addition to this, her sight was damaged due to the sudden decompression of the plane’s cabin. 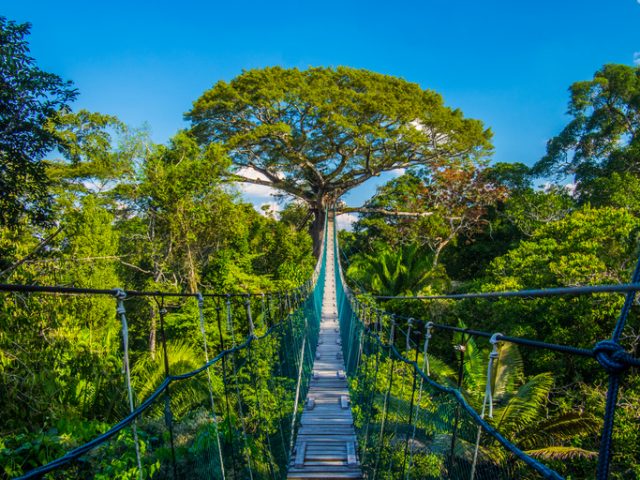 She gave up on the notion that her mother had survived the crash after she encountered several corpses scattered around the jungle. Grief-stricken, Juliane had no choice but to continue through the dense rainforest, in hopes of encountering signs of civilization.

Meanwhile, she was plagued with insects and her cut was getting infected with maggots, feasting on her while the sun burned her fair skin. Aware that the area was probably infested with poisonous snakes, she threw her sandal in front of her, to test the ground. This slowed her down quite a lot, but it proved useful as she encountered no snakes along the way.

The search party was on its way but due to thick tree canopy the ground was barely visible from the air, which left the small aircraft and helicopters useless in their quest for survivors.

The search for a way out led Juliane to a small creek. She knew that following it downstream would eventually lead her out of the jungle so the German teenager, despite being injured, continued on for 10 days, first walking alongside the creek then a larger river, hoping she’d run into someone before dying of exhaustion. 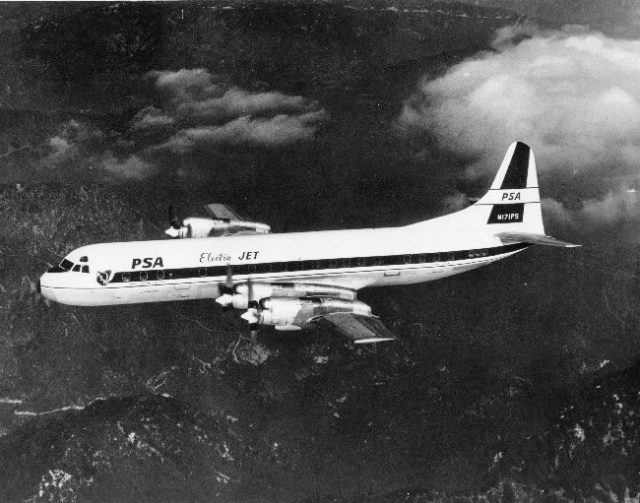 At one point, young Juliane Koepcke was certain that she could walk no more. But then, a sight appeared–one so amazing that she was sure it was a hallucination. On the riverbank was a small motor boat with a can of gasoline.

As she learned from her father, gasoline was a potent weapon in fighting the flesh-eating maggots. She applied it to her arm and painfully pulled 35 of them out of her arm.

Around an hour later, the owners of the boat–local lumbermen–returned, only to be so scared of her appearance that they were convinced she was a water spirit from the local folk tales.

It seemed like her troubles are never going to end. But Juliane knew enough Spanish to explain to the men what had happened. They provided her with first aid and a seven-hour boat trip to the nearest village, from where Juliane was transferred via airplane to the hospital in Pucallpa. 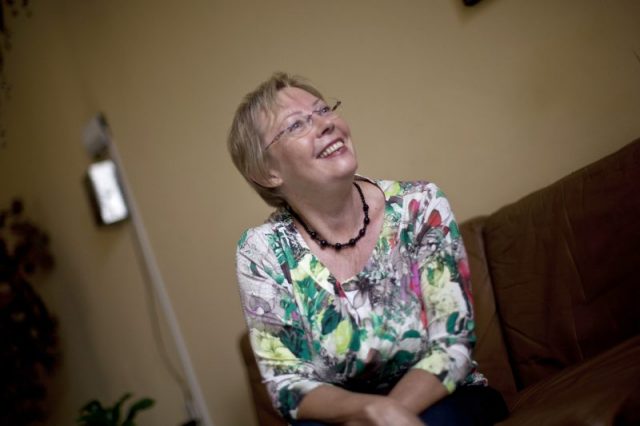 Juliane Koepcke, the sole survivor of a plane crash in the Amazon in 1971. (Photo by: ERNESTO BENAVIDES/AFP/Getty Images)

There she was finally reunited with her father and began recovering from the wounds and trauma that she experienced. The news about the sole survivor who marched for 10 days across the jungle spread quickly and journalists rushed to grab the exclusive.

While still in her hospital bed, the girl was pestered by reporters, some of whom even went as far as to dress as medical staff in order to gain clearance, in hopes of snatching an interview.

Juliane became more and more reclusive. Her misfortune wasn’t something she wanted to share with others. Rightfully so–as if terrible injuries weren’t enough, the loss of her mother and witnessing of disfigured corpses haunted her in dreams for years to come. 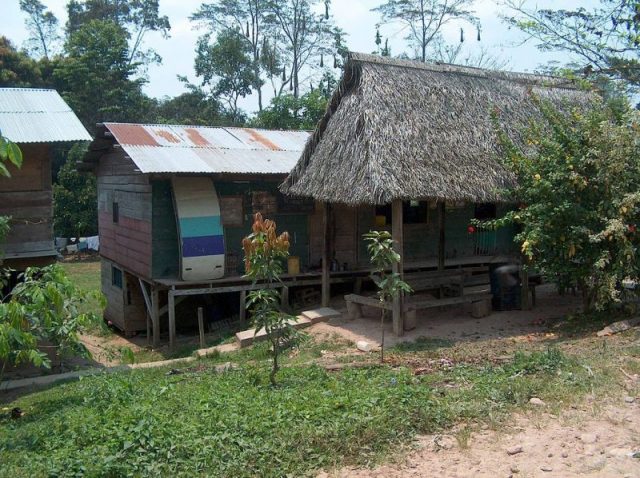 The door of the crashed airplane (LANSA-Flight 508), reused in building. Photo by Benutzer:Schoenitzer CC BY SA 3.0

Eventually she continued with her life, following both her parents’ footsteps. After studying biology in Germany, and finishing her Ph.D. in mammalogy, Juliane went back to Peru where she conducted research on Amazon bat populations.

It seems as though she had recovered, but according to an interview from 2010, the trauma is still there: “I had nightmares for a long time, for years, and of course, the grief about my mother’s death and that of the other people came back again and again. The thought Why was I the only survivor? It haunts me. It always will.”