Polish police evacuated thousands of people after an unexploded World War II bomb weighing more than 500 pounds was recently discovered in a riverbed.

The bomb was found in the Oder River in the town of Głogów in western Poland, a region that was made part of Germany in the war and heavily damaged.

Anna Kowalska, spokeswoman for the town hall, said that about 10,000 residents were taken by buses to nearby schools so that the bomb could be removed. Military officials had determined that it was possible the bomb would explode during the procedure. 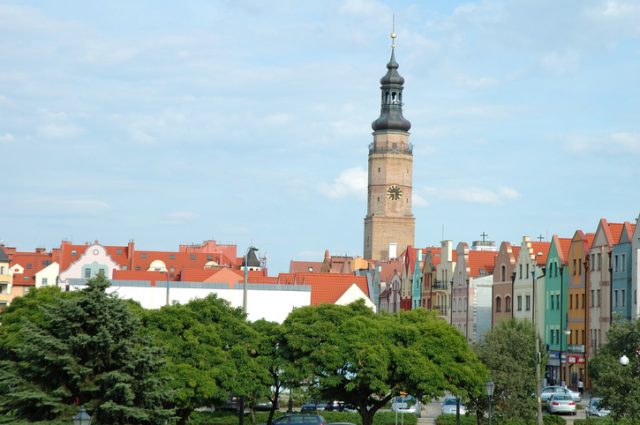 The bomb’s removal also forced the closing of nearby rail lines and boat traffic.

It was discovered during work in the river on August 8, 2018. After the evacuation, experts lifted it from the site with a crane and took it on a special truck to a test range, to be defused.

This is definitely not the first such bomb to be found in Poland. They have been discovered in Warsaw, a city that was particularly brutalized by the Germans. 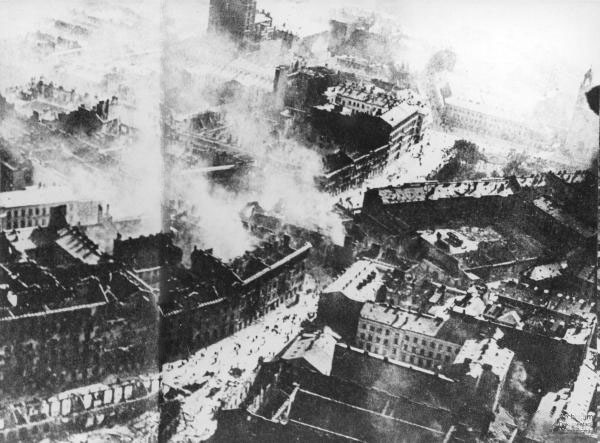 And Germany itself has been referred to as a “barrel of gunpowder,” with tens of thousands of unexploded bombs hidden under the earth, according to DW news agency.

“Experts say that there are around 100,000 bombs lying under the soil and underwater from the six years of World War II,” reported DW. “Friends of the Earth Germany estimates that there are some 40,000 tons of chemical warfare agents in the Baltic Sea as a result of the Cold War.”

As for Głogów, a town of 74,000 residents,  it was almost completely destroyed during World War II. Estimates have been put at 90 percent of the town being obliterated. 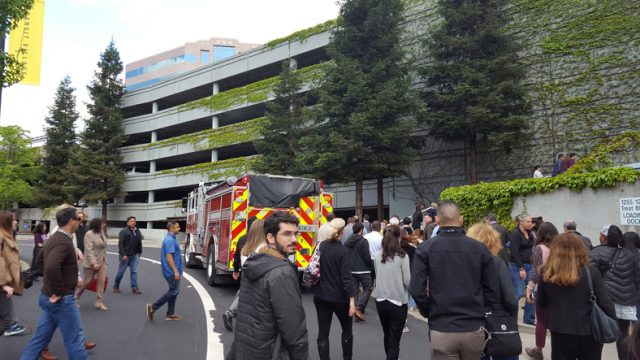 After the evacuation, experts lifted the 500-pound bomb from the site with a crane.

It had been made into a stronghold by the Nazis in 1945 and besieged by the Red Army for six weeks when the obliteration took place. At the Yalta Conference, the city, like most of Lower Silesia, was returned to Poland. But when the Polish made their way back to the town, they found mostly ruins.

Głogów has a distinguished history as one of Poland’s oldest towns. In 1109 a German king besieged the town but could not overcome its defenses.

In the 15th century a cruel ruler named Jan II the Mad stirred unrest in the town, and in 1488 King Matthias Corvinus arrived and expelled Duke Jan. From 1491 to 1506, Głogów was ruled over by John Albert and Sigmund the Old, the future kings of Poland. 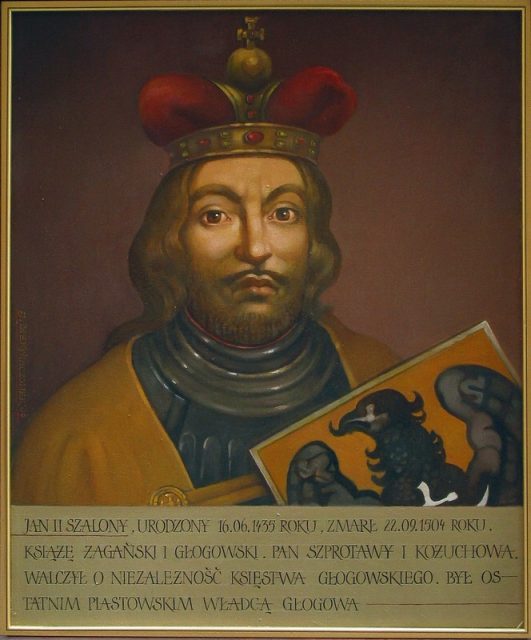 John II the Mad, Duke of Zagan and Głogów.

In the following century, the Hapsburgs took control of the town as part of Silesia, and it played a part in the Thirty Years’ War. During the Napoleonic Wars, the Polish armed forces were stationed there. The area was visited three times by Napoleon himself.

Poland was one of the most tragic victims of World War II. The Nazis invaded on September 1, 1939, carving up the country with the Soviet Union in advance, which moved in on September 17th. The following month Poland was divided up and annexed, its citizens suppressed, relocated, imprisoned, or killed. 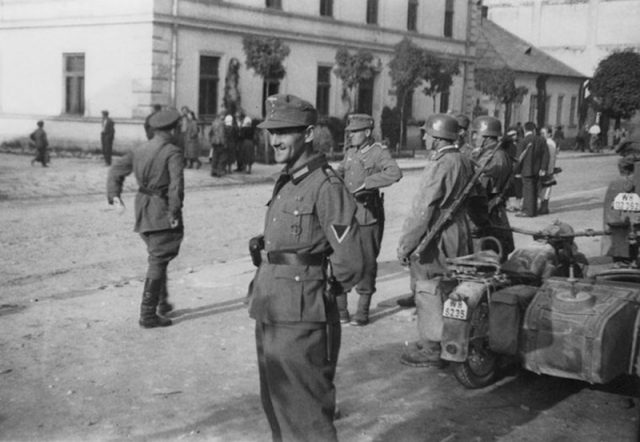 German and Soviet soldiers stroll around Sambir after the German-Soviet invasion of Poland.

When Germany broke the non-aggression pact with the Soviet Union in 1941, all of Poland was taken by Germany. More than 5 million Poles died over the duration of the war.

After World War II, the Old Town of Głogów was completely rebuilt. A tower, reconstructed to look just like the original one, rises 260 feet. The town’s economy received a boost from the founding of a copper foundry in 1967. 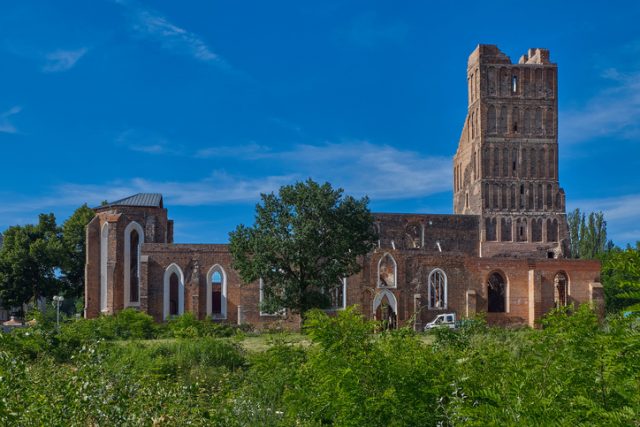 The castle of the town was reconstructed between 1971 and 1983 and now houses the Historical and Archaeological Museum.

Read another story from us: WWII veteran Christopher Lee corrected “Lord of the Rings” director Peter Jackson on what people do when they’re knifed based on his WW2 service

The town and the surrounding countryside is a favorite destination for tourists, with an annual jazz festival since 1984.