Neanderthal fell down sinkhole 150,000 years ago and fused with its walls

Between 128,000 and 187,000 years ago a Neanderthal fell in a hole. It almost sounds like the set up for telling a joke, but instead, it may be an opportunity to take a new look at human evolution.

The Neanderthal in question has been dubbed Altamura Man, having been found in a hole in Lamalunga Cave, near Altamura, Italy in 1993, according to science site phys.org.

A group of cave explorers found the Neanderthal’s remains embedded in the rock of the cave and covered in calcite deposits. He was in a well or borehole that was mostly limestone and running water. 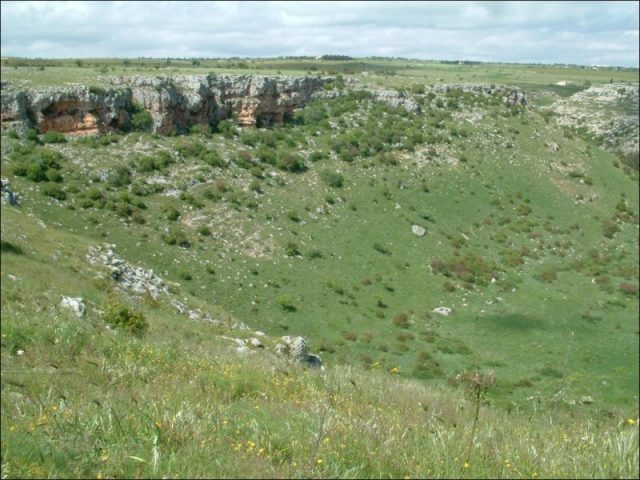 Even after the discovery, the remains stayed untouched for more than 20 years, as it was believed that trying to excavate the remains would cause irreparable damage to the find. As a result, scientists who wanted to study the remains could only do so through casual observation completed in situ.

Because there weren’t any viable ways to conduct an in-depth study of the remains, it was difficult, at first, for scientists to make firm determinations about the Neanderthal’s probable age and gender. However, in the last several years a team of researchers were able to extract a small bone sample and retrieve some DNA for analysis. They published their findings in the Journal of Human Evolution.

The remains, overall, are in an excellent state of preservation, and researchers believe that he must have fallen into the well and gotten stuck, probably dying of thirst or starvation.

Because they’re in a place where they were protected from the dangers of weather or predation, the remains stayed in excellent shape, even if they are largely covered by stone and minerals. They represent the oldest remains of this type that have yet been discovered and studied.

The researchers began their work in 2009, taking a small piece of the exposed shoulder bone for laboratory analysis. Using uranium-thorium dating, they determined that the calcite was formed between 170,000 and 130,000 years ago, during the next-to-last quaternary glaciation period.

They also managed to extract some DNA from the bone and determined that the remains were, in fact, of a Neanderthal male who was about 35 years old at the time of his death.

The year after researchers began their study of Altamura Man, they were able to give him a face. According to the Daily Mail, David Caramelli, a professor of anthropology at the University of Florence, worked with a colleague to create a model of what the Neanderthal would have looked like.

They used laser scanning and a technique called photogrammetry, a method of using photos to make precise measurements, and combined the results with the DNA analysis previously obtained to get the necessary information to create their model.

They passed the data they gathered on to Alfons and Adrie Kennis, brothers from the Netherlands who are also paleo-artists, who created the hyper-realistic model. The completed model showed a specimen who was stocky and short, with a prominent brow, a very large nose, and an elongated skull. The model showed that, while the body shape was typically Neanderthal, there were some unusual features with regard to his skull. 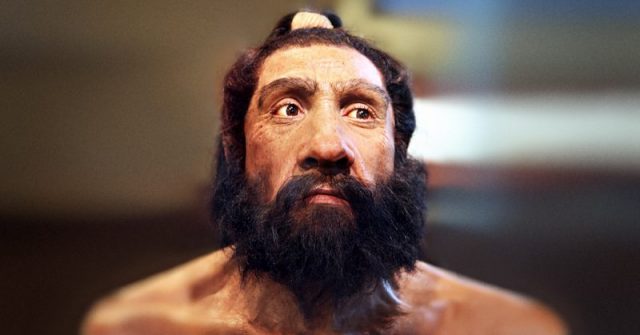 Neanderthal reconstruction. Photo by By Tim Evanson CC BY SA 2.0

The skull showed a set of traits that were archaic, even given the time period in which Altamura Man lived, indicating that the specimen might be a bridge between Neanderthals and an earlier species of proto-humans, Homo heidelbergensis, who existed from 750,000 to as recently as 100,000 years ago.

It’s well-known that the lines of human evolution are more than a little blurry, with there being a number of versions of early humans, whose times on Earth often overlapped and blended, making it difficult to reconstruct the chain of human evolution with any precision.

Altamura Man gives scientists the potential opportunity to examine a period of time about which they have relatively little data in the fossil record — and perhaps untangle one more knot in coming to a fuller understanding of how humans came to be.