While the world is arguably becoming a deadlier place, the risk to personal safety seems to be diminishing. These days a processed meal is more likely to kill you than a disease or stray bullet.

History is looked back on as somewhere remote, where times were hard and death lurked on every corner.

Today’s thrills stem from entertainment such as action movies that are watched from the comfort of a chair.

The chaos onscreen is certainly epic, but also carefully overseen and painstakingly choreographed to appease insurers. Even the legendary Tom Cruise is watched like a hawk, despite his fondness for awe-inspiring stunts.

Go back through the centuries, however, and the health and safety factor is practically non-existent. 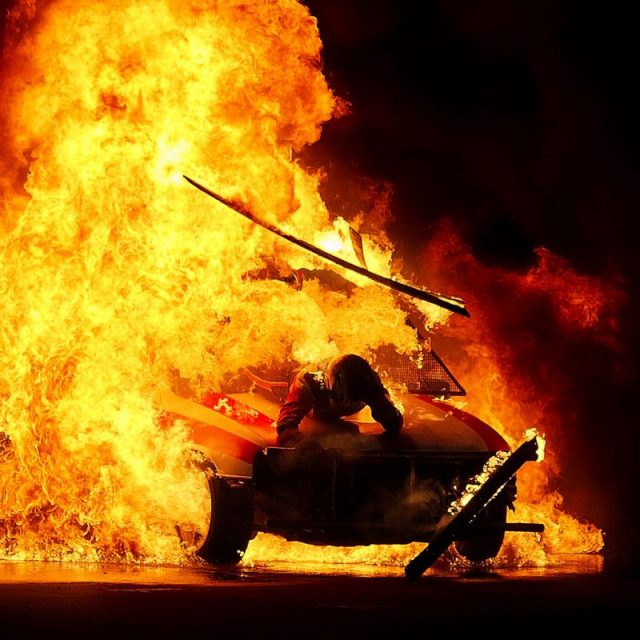 There were exploits on celluloid that made audiences gasp, but also a thriving group of people who put their lives on the line for the sheer hell of it.

In the U.S. great landmarks draw the crowds. Yet in yesteryear onlookers flocked to see natural spectacles of a different kind. 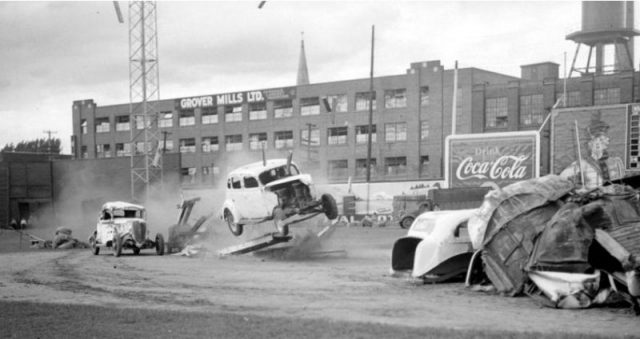 Niagara Falls is a classic example of a location where scenery met stunts, playing host to brave (or foolhardy) individuals who danced with destruction without a movie star salary in sight.

October 1829 was the date on which Sam Patch leaped from a platform 85 feet up, hitting the river below. 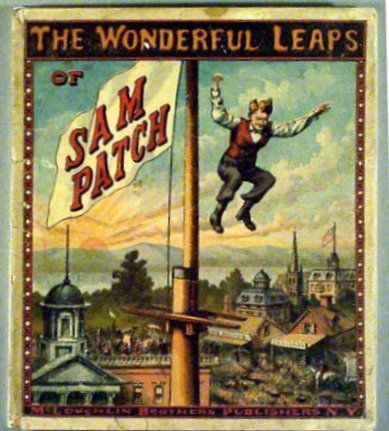 Barely in his twenties at the time, he is frequently credited as the first American daredevil. His display was executed without a hint of a safety harness or scrap of protective gear.

The Niagara Falls Canada website gives a description of the event, saying “He sank into the water like a rock. For a time a breathless silence hung over the crowd and finally to everyone’s relief bobbed to the surface and he waved to the crowd.” 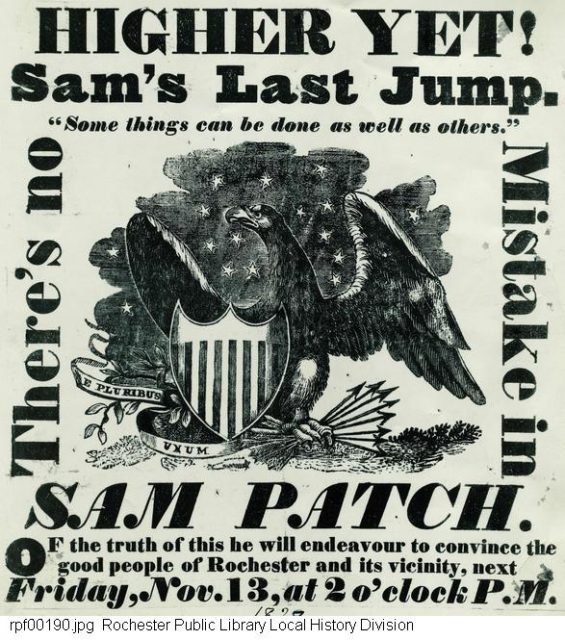 Patch’s luck didn’t last that much longer. A month later he died jumping 125 feet into the Genesee River, which flows into Lake Ontario. Reportedly the descent went wrong and his corpse was found months later. Eerily the event was billed as “Sam’s Last Jump” and the date was Friday 13th.

Thirty years on from Patch’s death-defying feat at Niagara, Frenchman “The Great Blondin” sought to cross the raging body of water rather than plunge into it. A tightrope was his preferred method of getting spectators to sweat.

A 2011 article from The Independent illustrates that the man hoping to beat the Reaper wasn’t averse to making light of his predicament: “He completed the trip several times, once stopping halfway to cook an omelet, and another time carrying his manager on his back.”

Eventually, authorities called time on such acts, and in 1910 a ban was put in place by the Niagara Parks Commission to stop people putting their lives quite literally on the line.

Modern-day daredevil Nik Wallenda got them to relent in 2012 and performed his own walk across the Falls.

Of course, he had considerably more back up than risk takers of previous eras, but it was the epitome of a landmark achievement.

The business of climbing into a cannon and being fired from it was a magnet for brave souls who wanted to test their mettle. 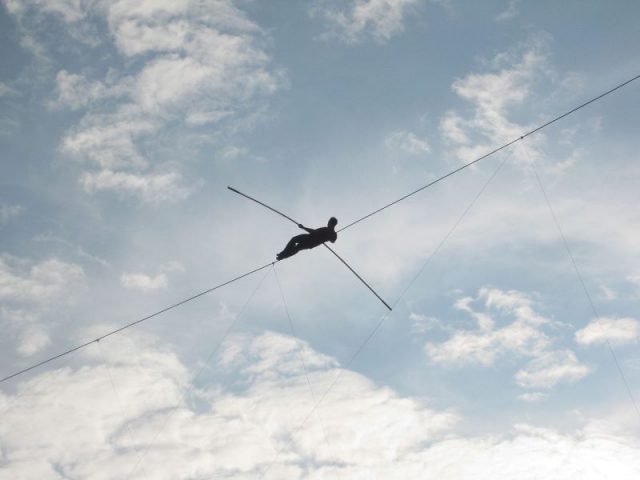 Nik Wallenda lies down on the tightrope while performing at Canada’s Wonderland theme park. Photo by kevint3141 CC BY 2.0

The secret lay in the illusion invented in 1871 by George Farini. Rather than using an actual cannon, the “Human Cannonball” relies on a platform sitting on compressed air. Not that it’s an easy ride. With enough velocity to match a sports car, the person-shaped projectile has to know exactly where they’re landing or it’ll be curtains for the act. 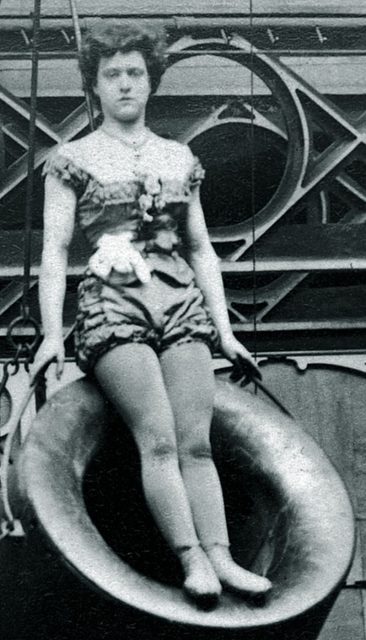 These human cannonballs would carefully prepare a net or inflatable target, usually around 50 by 25 feet in size and maybe 200 feet from the start point of their “flight.” It must have taken nerves of steel to trust that the cannon’s aim was true and they would crash into their safety gear.

Factor in the lit fuse on the cannon’s exterior for added drama and the overall effect has had audiences gasping for over a hundred years.

If someone was genuinely shot out of a cannon it would be a catastrophically bad decision. That didn’t stop people trying the next best thing.

Frank Richards had the word “Cannonball” as his middle name. It hadn’t always been that way, but he had a serious reputation for danger beforehand.

Starting his notorious career in early 1920s vaudeville, he was known for the durability of his stomach, which had taken punches, stamps and even blows from a sledgehammer. 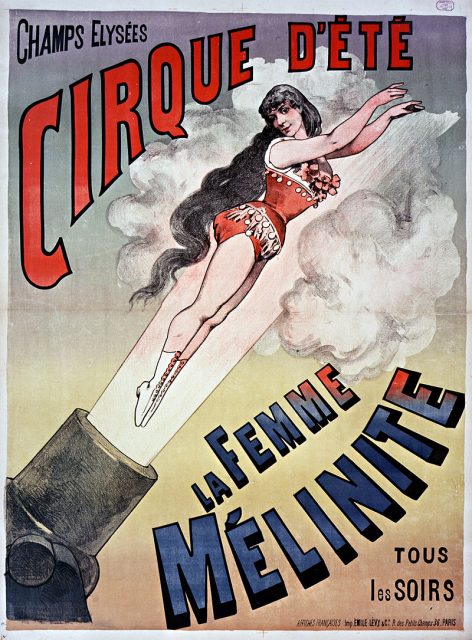 It was natural that Richards would seek bigger and better thrills, so in 1932 he aimed a spring-loaded cannon at himself and took a ball to the belly. This wince-inducing turn put him on the show business map. Richards’ constitution was clearly made of steel because he lived until 1969, passing away at the age of 81.

His memorial was printed in the Long Beach edition of The Independent, reading that “During World War II he gave free shows at various Legion meetings… and was acquainted with most of the old-time boxing champions such as… Jack Dempsey.” He wasn’t averse to requesting a blow to the stomach from famous fighters. 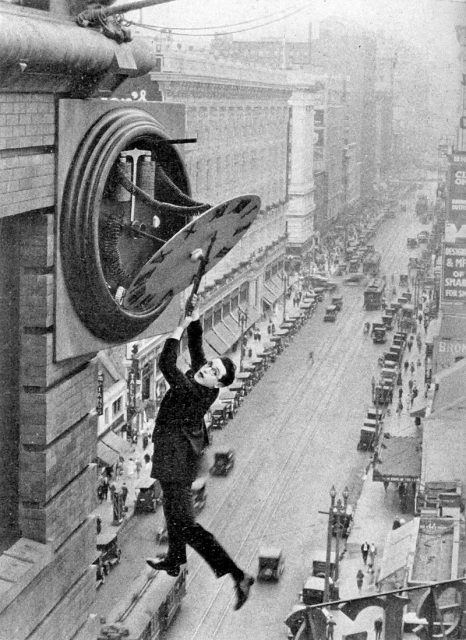 Harold Lloyd in 1923’s Safety Last!, hanging (safely) from the clock tower. Lloyd may have been influenced by the real life stunts of Rodman Law a decade earlier.

As for the danger men and women of the cinema, it was a risky enterprise. From Harold Lloyd dangling from a clock to Buster Keaton nearly being flattened by a house, sometimes stunts were safe and well-planned, sometimes they weren’t.

That all changed after an incident on the set of Mickey Rooney movie, Everything’s Ducky (Columbia Pictures, 1961).

Director Don Taylor was choreographing a fight sequence when he encountered a stuntman who could generously be called over-zealous in his attitude. 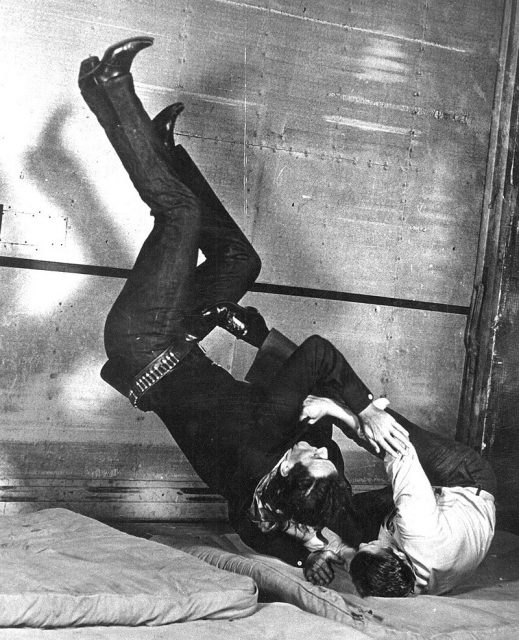 Bill Schultz tosses John ‘Duke’ Wayne through the air with the greatest of ease, 1943, Hollywood.

The website of the Stuntmen’s Association of Motion Pictures and Television picks up the story:

“He then suggested to a “2 card” guy sitting at the bar: you can get punched and fall backward. The guy said: “you mean like this?” and flipped backward, crashing into the back wall of the bar, demolishing four shelves with the glassware and bottles shattering on the floor… All involved soon discovered that the extra/stuntman in question had been sampling the beer on tap behind the bar, all morning long.”

It was realized after this costly mistake that something had to be done to ensure a standard of professionalism at all times within the industry. 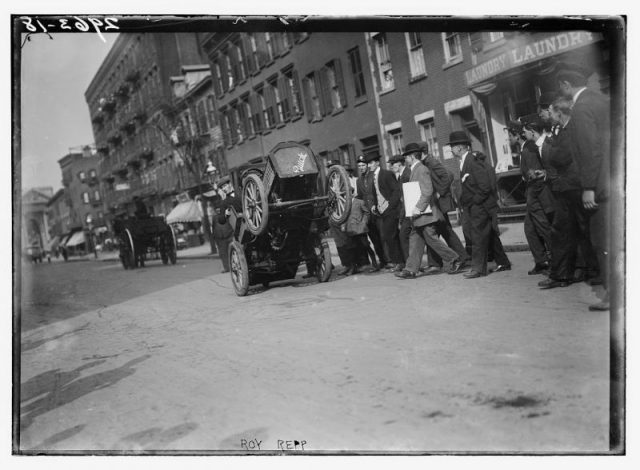 The Association was founded by Hollywood stunt artists Loren Janes and Richard Geary. Now when Mr. Cruise clings to the side of a plane in the midst of taking off, the strictest conditions are observed to prevent a disaster.

There are still those individuals who believe the only way to get a genuine reaction is to do something genuinely dangerous.

In a way, they should be saluted. In another, they should treat tales of old-fashioned danger with caution as much as respect.

Steve Palace is a writer, journalist, and comedian from the UK. Sites he contributes to include The Vintage News, Art Knews Magazine, The Hollywood News. His short fiction has been published as part of the Iris Wildthyme range from Obverse Books