The pitcher threw a fast curveball but that didn’t faze the batter.

The crowd cheered as the ball flew through the air and the outfielders rushed to get it. At first glance, this might look like any other baseball game during the 1940s-1950s, but this was very different.

Men were not the players, but rather young women who were playing in the then-recently created All-American Girls Professional Ball League.

Designed by the owner of the Chicago Cubs at the time, Philip Wrigley, the league was created in 1943 as a way to help keep the sport of baseball alive during World War II when many male baseball players were serving in the military. 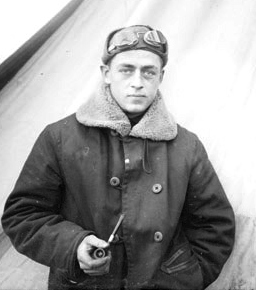 To create the league, Wrigley sent scouts out to find 60 women who would be interested in playing for it.

The women, who ranged anywhere from a young 16-year-old to a married 27-year-old mother, were initially divided up into six different teams. 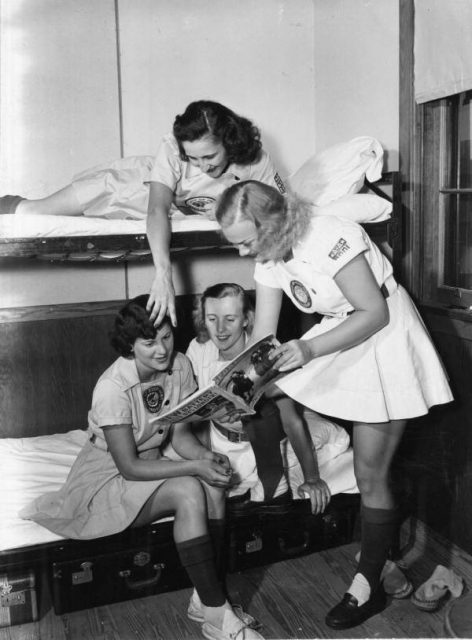 There was the Rockford Peaches, Kenosha Comets, and the Fort Wayne Daisies to name a few who took to the field and played their hearts out for the thousands of spectators who paid about $0.74 to come and watch these talented women play the sport.

The women were paid about $50 to $85 per week and expected to travel around the U.S. to play opposing teams.

While at first, it might seem similar to softball and baseball, this game was slightly different from these two sports. 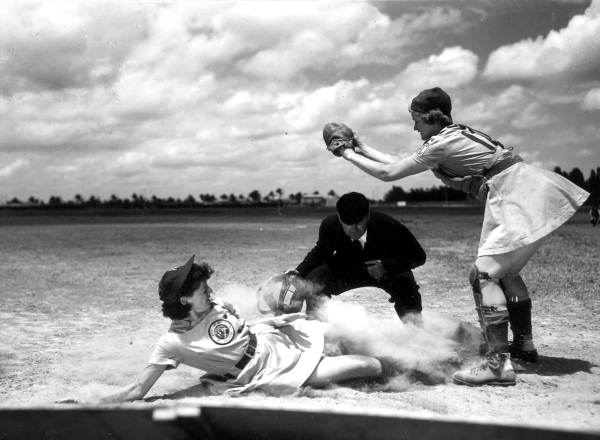 First, the ball was somewhat bigger than a baseball, but not as big as a softball.

The bases were allowed to be stolen, unlike in softball, and were slightly farther apart on the field compared to a baseball field.

Besides these minor adjustments though, the rules and scoring system that softball and baseball used remained the same for the league.

As time went on, the league started to gain extreme popularity, despite the earlier notion that not many would pay to watch women play this form of baseball. As the teams grew, the game schedules did as well. 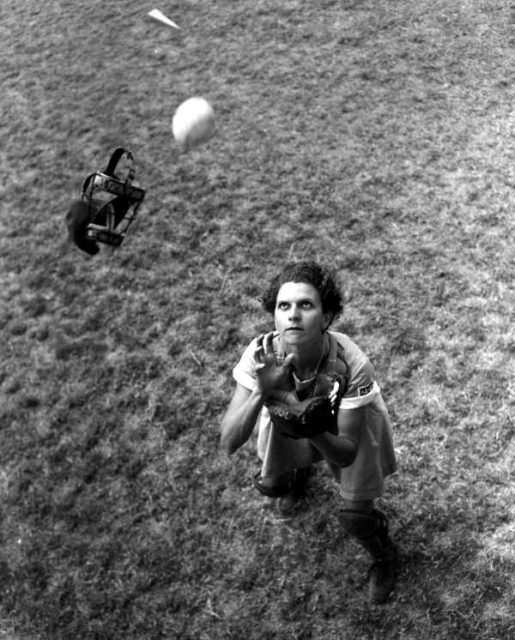 The teams went from six to fifteen and athletes could be found to play hundreds of games during the season.

However, while the league was inspirational to many, it also had its somewhat questionable moments.

Every player had to attend charm school where they learned how to properly apply makeup and how to get out of a car or train elegantly. 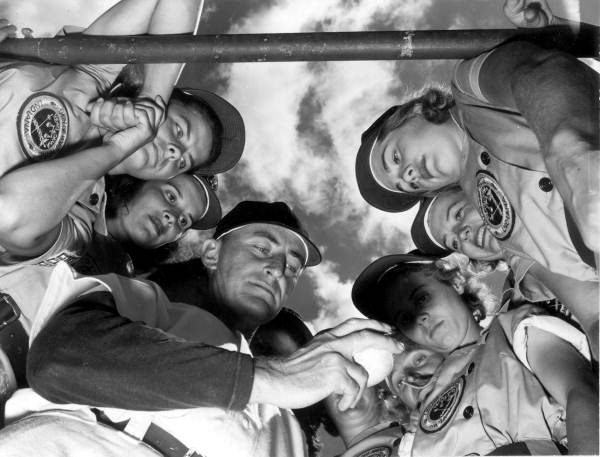 Players were also required to wear skirts while out and about and if they did otherwise, they would have to use a servant’s elevator to get to where they needed to go. 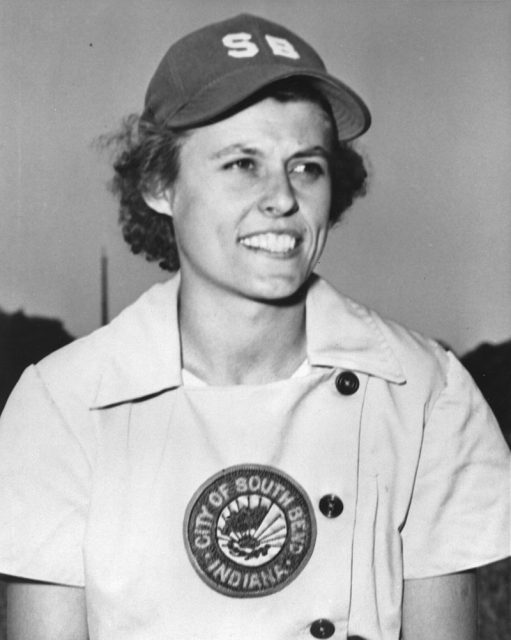 In fact, the women couldn’t smoke or drink in public or even have dates without a team chaperone on hand according to the league rules.

But don’t let these league rules fool you, these women players worked hard and played tough. 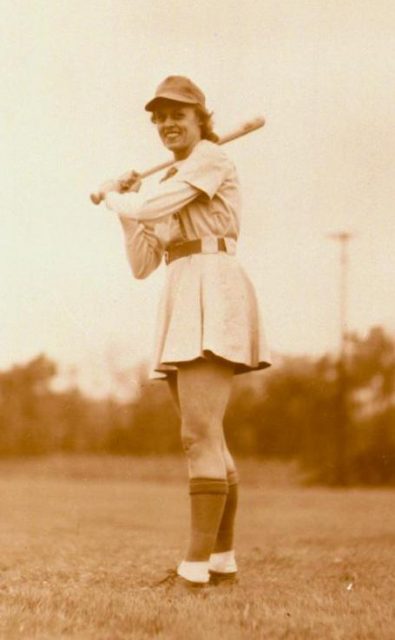 Betsy Jochum during the 1947 season. Photo by The History Museum CC BY SA-4.0

They would slide through the dirt to steal bases ruining their uniforms, run halfway across the field to catch a fly ball, and hit many home runs that left spectators with their jaws dropped.

The records of the games are impressive as well, for instance, catcher Mary Baker could throw a ball an astonishing 345 feet and Sophie Kurys, who played for the Racine Belles as a second basewoman, stole over 1,114 bases during her career earning her the nickname “Flint Flash.” 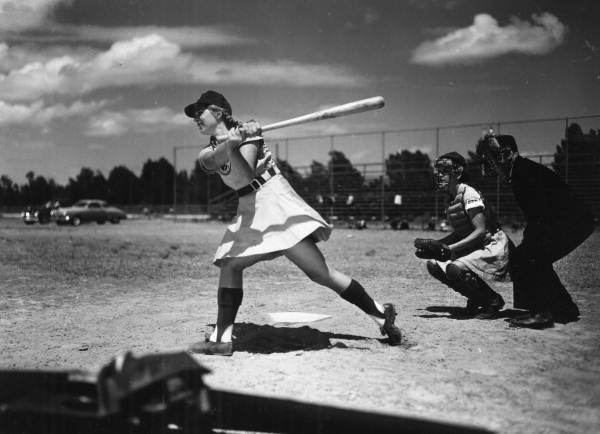 Eventually, as World War II started to wind down, the league began to lose its popularity for many reasons, including the fact that baseball games were starting to be televised.

The All-American Girls Professional Ball League came to an official end in 1954, but its legacy clearly lives on. It was the inspiration behind the 1992 film A League of Their Own and many former players have been honored by being inducted into the National Women’s Baseball Hall of Fame. 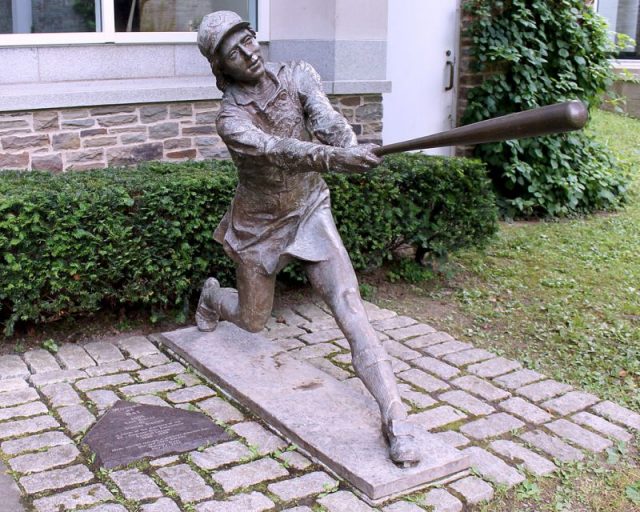 Bronze sculpture at the Baseball Hall of Fame which commemorates the All-American Girls Professional Baseball League. Photo by Eric Enferemero CC BY SA 4.0

The monumental women who made up the league never regretted playing for it. As Dottie Collins, a former pitcher in the league, said, “We were just a bunch of young kids doing what we liked best.

But most of us recognize now that those were the most meaningful days of our lives.”

« Old-fashioned danger – the daredevils that enthralled crowds
UFO? Experts are studying a mysterious aluminum object that could date back to 250,000 years »