A folding bicycle is a bicycle designed to fold into a compact form, facilitating transport, and storage. When folded, the bikes can be more easily carried into buildings and houses or on public transportation (facilitating mixed-mode commuting and bicycle commuting), and more easily stored in compact living quarters or aboard a car, boat or plane. 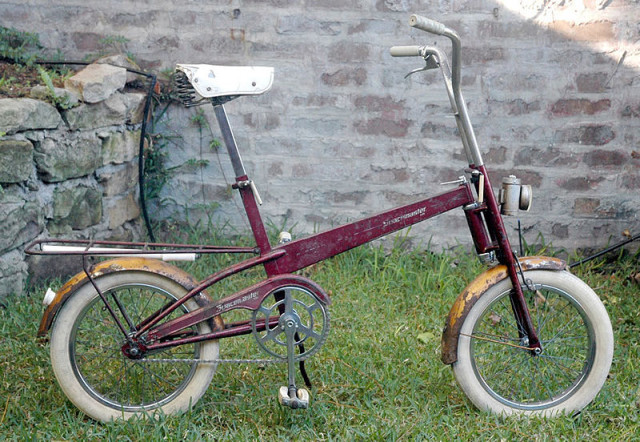 Military interest in bicycles arose in the 1890’s, and the French army and others deployed folding bikes for bicycle infantry use. In 1900, Mikael Pedersen developed a folding version of his Pedersen bicycle for the British army that weighed 15 pounds and had 24-inch wheels. It included a rifle rack and was used in the Second Boer War.

The British WWII Airborne BSA folding bicycle was used from 1942-1945 in the Second World War by British & Commonwealth airborne troops, Commandos and some infantry regiments. Some were also used as run-abouts on military bases. A folding bicycle was developed as a small size was needed to enable it to be taken on parachute jumps from aircraft or in small gliders. The War Office in 1941 called for a machine that weighed less than 23 lb (this was not achieved – the final weight was about 32 pounds) and which would withstand being dropped by parachute. When parachuted, it was rigged so that the handlebars and seat were the first parts to hit the ground as bent wheels would disable the bike. BSA abandoned the traditional diamond design as too weak for the shock and made an elliptical frame of twin parallel tubes, one forming the top tube and seat stays and the other for the chainstay and down tube.The hinges were in front of the bottom bracket and in the corresponding position in front of the saddle, fastened by wing nuts. The peg pedals could be pushed in to avoid snagging and further reduce the space occupied during transit. The bicycle was used by British paratroopers, Commandos and second-wave infantry units on the D-Day landings and at the Battle of Arnhem 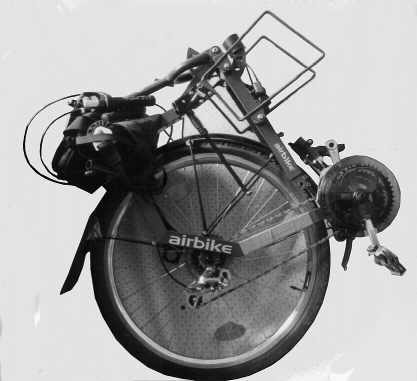 The 1970’s saw increased interest in the folding bike, and the popular Raleigh Twenty and Bickerton Portable have become the iconic folders of their decade. It was however the early 1980’s that can be said to have marked the birth of the modern, compact folding bicycle, with competing tiny-footprint models from Dahon and Brompton.  Found in 1982, by inventor and physicist Dr. David Hon and his brother Henry Hon, Dahon has grown to become the world’s largest manufacturer of folding bikes with a two-thirds marketshare in 2006. 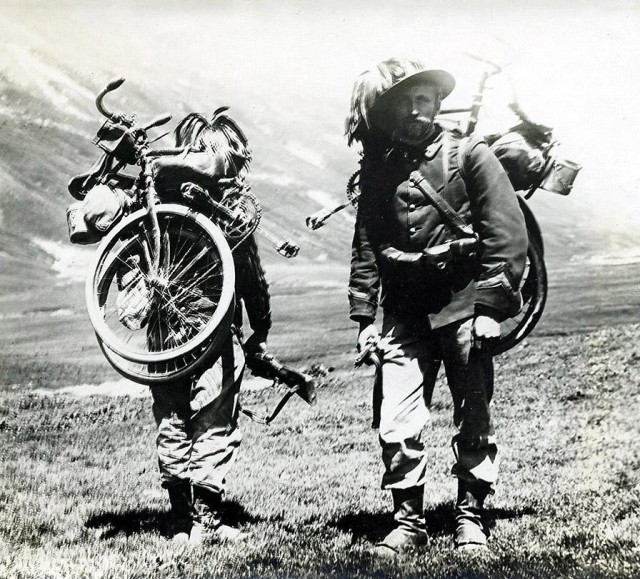 Italian Bersaglieri during World War I with folding bicycles strapped to their backs. 1917.Source

Folding mechanisms vary, with each offering a distinct combination of folding speed, folding ease, compactness, ride, weight, durability, and price. Distinguished by the complexities of their folding mechanism, more demanding structural requirements, a greater number of parts and more specialized market appeal, folding bikes may be more expensive than comparable non-folding models. The choice of model, apart from cost considerations, is a matter of resolving the various practical requirements: a quick easy fold, compact folded size, or a faster but less compact model

« Once the largest producer of Nottingham Lace in US, closed in the middle of the daily work shift
La Chene Chapel – In the 16th century, a 1200 year old Oak Tree was struck by a lighting, so the local priest built a chapel in the hollow »