In the first episode of The Handmaid’s Tale, a group of young women are told, “this will become ordinary.”  The Handmaid’s Tale is a dystopian television series based on Margaret Atwood’s 1984 novel that follows fertile women, known as Handmaids, who are forced to bear children.

The most terrifying part of this dystopian world is that it is all based on real-life events. As Margaret Atwood said herself, “One of my rules was that I would not put any events into the book that had not already happened… nor any technology not already available. No imaginary gizmos, no imaginary laws, no imaginary atrocities. God is in the details, they say. So is the Devil.”

Here, we take a look at all the historical events The Handmaid’s Tale is based on, in the hope we can learn from our past mistakes to ensure the plot of the novel and show doesn’t become a reality.

1. The persecution of women in Gilead is partially inspired by the Salem witch trials 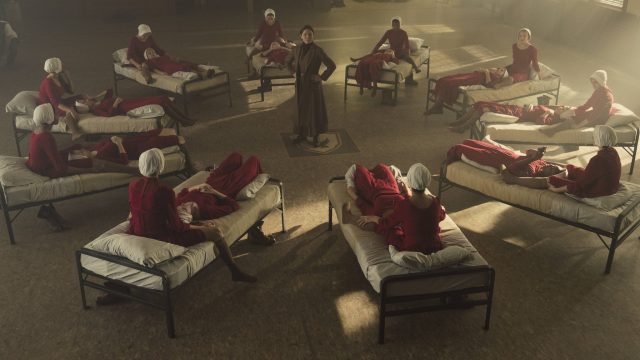 Author Margaret Atwood has made it very obvious that The Handmaid’s Tale takes a lot of its inspiration from the Salem witch trials and the killing of innocent women in the late 1600s.

In 2017, Atwood gave an interview to PRI’s The World and said that The Handmaid’s Tale borrows heavily from the story of Mary Webster. Before the Salem witch trials, Webster was the most infamous “witch” from Hadley, Massachusetts. 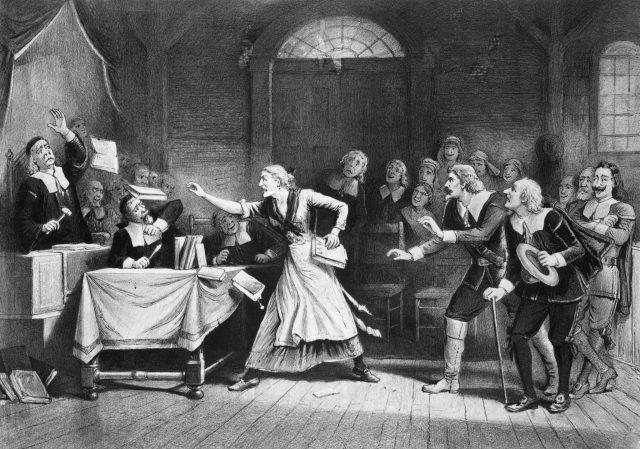 After Philip Smith – a prominent member of Hadley, Massachusetts – fell ill, town members assumed a witch must be involved. They decided that Mary Webster must be the witch responsible and physically assaulted and hung her as a punishment. However, Mary Webster ended up surviving, and her story was told in detail in 1689’s Memorable Providences.

Margaret Atwood has stated that The Handmaid’s Tale is dedicated to Mary Webster because “she is an example of a female person wrongly accused, but she is slightly a symbol of hope because they didn’t actually manage to kill her. She made it through.”

2. Giving birth in public used to be royal protocol 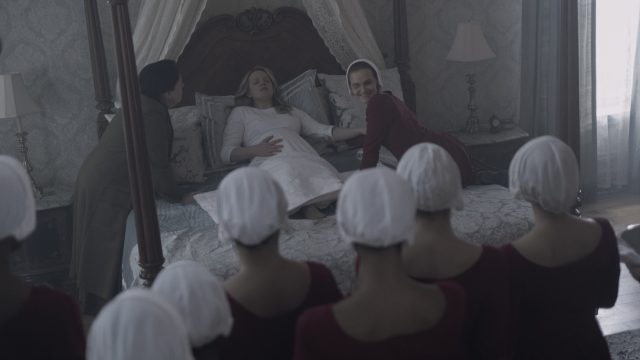 In The Handmaid’s Tale, Handmaids are forced to give birth in front of dozens of other women, including their fellow Handmaids and “Aunts” on the show, making birth a very public affair.

Royal births in Europe throughout the 1600s and 1700s followed a similar custom. Royal women giving birth often did so in front of an audience for several reasons. Witnesses were needed to assure that babies were not switched at birth, especially during the birth of an heir to the crown. 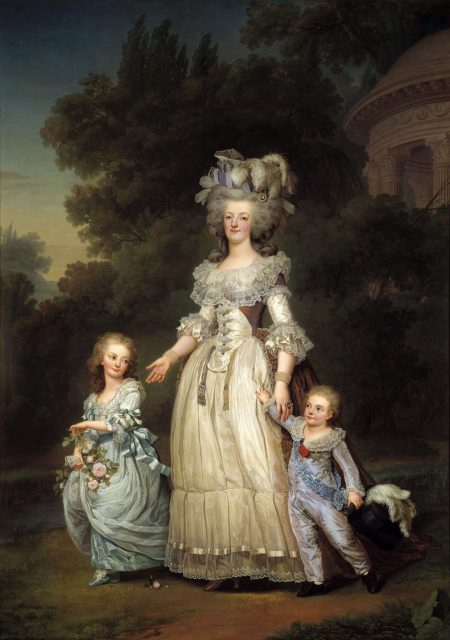 The birthing chamber would be filled with ladies-in-waiting, midwives, servants, doctors, and male courtiers toward the back of the room. Some reports have claimed that Marie Antoinette nearly died after giving birth to her first child because so many people were in the birthing room.

3. American history inspired the rise of the Christian right in The Handmaid’s Tale 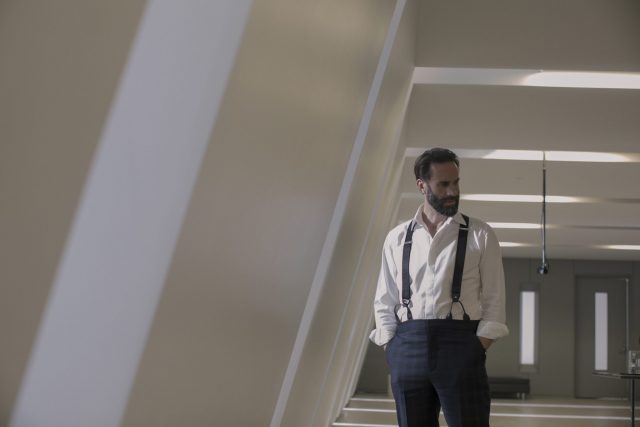 The extremely religious right runs the authoritative world of Gilead in The Handmaid’s Tale. When creating the 1985 book, Margaret Atwood drew on both 17th-century Puritan theocracy in America and the political climate in America during the 1980s.

During Ronald Reagan’s presidency, America largely embraced Christian conservatism, which had a major influence over Atwood’s work on The Handmaid’s Tale. 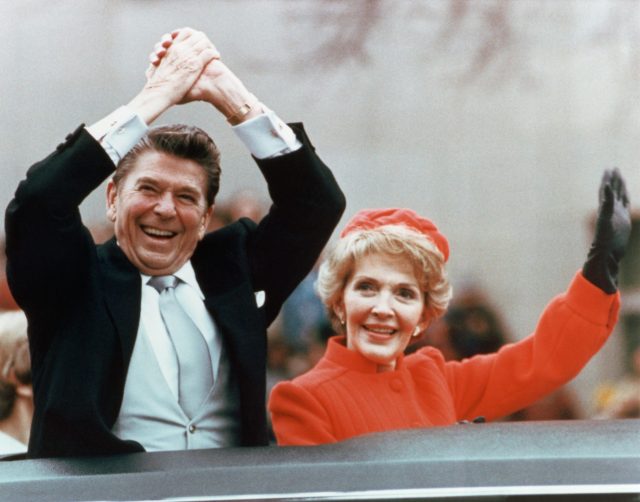 During Reagan’s candidacy and presidency, he aligned himself with religious-political associations, including Focus on the Family and the Moral Majority. Reagan personally disliked abortion, and his alignment with these religious-political groups caused a feared crackdown in women’s access to abortion. 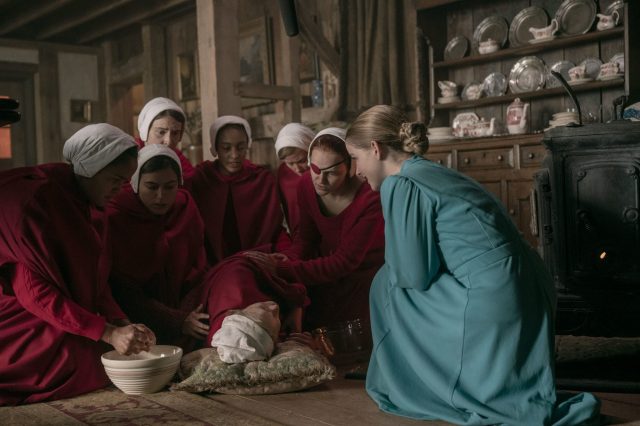 Decree 770 was a specific event that Margaret Atwood found during her research for The Handmaid’s Tale. This was a law that was passed in Romania which made all forms of contraception and abortion illegal.

During the 1950s, Romanian women began entering the workforce and having fewer children. By the 1960s, the availability of contraceptives was extremely limited, so abortion became the main method of Romanian family planning. However, the Communist Party in power wanted to see a drastic increase in the Romanian population so they outlawed birth control and abortion.

Under the Romanian Communist regime and Decree 770, women were forced to visit the gynecologist once a month to check for pregnancy while police officers stood guard in the hallway to ensure women complied. Wealthy women continued to buy condoms and birth control on the black market, but lower-class women did not have the same luxury. In cases where women detected pregnancies before their doctor did, they often tried to give themselves at-home abortions, resulting in many unintentional deaths. The policy remained intact until the fall of the Soviet Union in the 1980s.

5. The history behind the Handmaids’ outfits 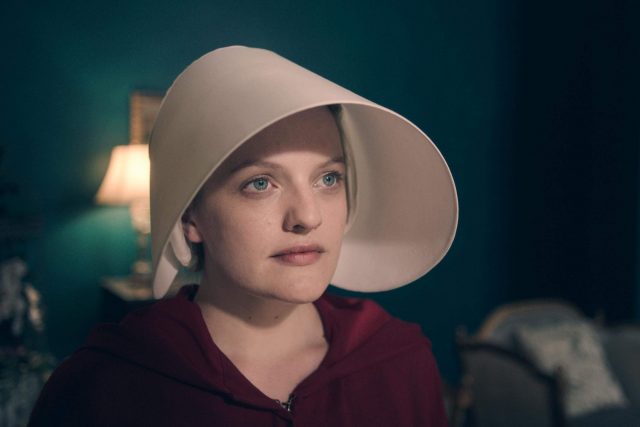 There is also a considerable amount of history that decided how Handmaids would be dressed in both Margaret Atwood’s book and the television adaptation. The “Wives” wear blue, the “Aunts” wear brown, the “Marthas” wear green, and the “Handmaids” wear a red dress and a white bonnet.

According to Margaret Atwood, the dark red color associated with the Handmaids was inspired by a number of different historical events. During the Second World War, German prisoners of war held in Canada were given red outfits because they showed up so well against the snow. Red was also the color worn by Mary Magdalene, a religious figure often considered to be a fallen woman. 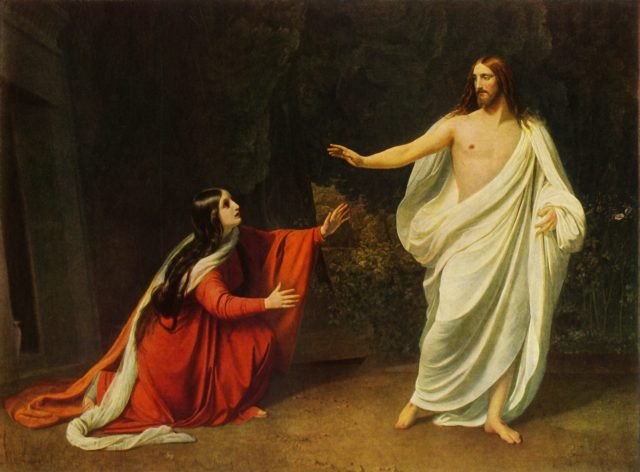 In a new edition of The Handmaid’s Tale, Atwood states that the face-obscuring bonnet took its inspiration from a 1940s Old Dutch Cleanser package, which she remembers scared her as a child. However, the bonnet also closely resembles Catholic nun-like habits.

6. The Handmaids of New Jersey 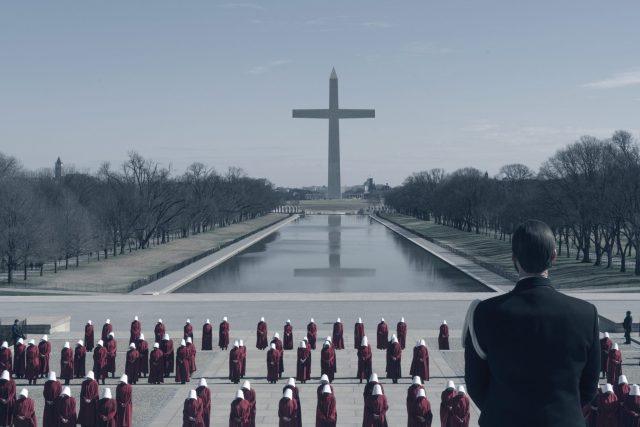 Margaret Atwood discovered a relatively unknown Catholic cult in New Jersey during her research process where wives were called handmaidens. Atwood found an article about this New Jersey cult in the Associated Press, where she underlined the world “handmaidens.” Perhaps this is where she took inspiration from this Catholic cult for the title of her work.

In 1975, a New York stockbroker named Robert Gallic and an ordained Catholic priest named Rev. James Ferry started a group known as People of Hope. The wives in this group were known as “The Handmaidens of God,” but unlike Atwood’s Handmaidens who were forced to have children, these wives closely resembled the Wives of Gilead. It was up to these “Handmaidens of God” to set a good example to other women, as well as police one another to make sure they were following their designated “rules” – such as being subservient to their husbands.

People became concerned with the group, stating that the People of Hope “subordinates its women, discourages social contact with non-members, arranges marriages, and moves teenage disciples to ‘households’ for indoctrination.” However, even today, the People of Hope maintains an active presence in central Jersey.

7. Prisoners in the Soviet Union also had to clean up radiation 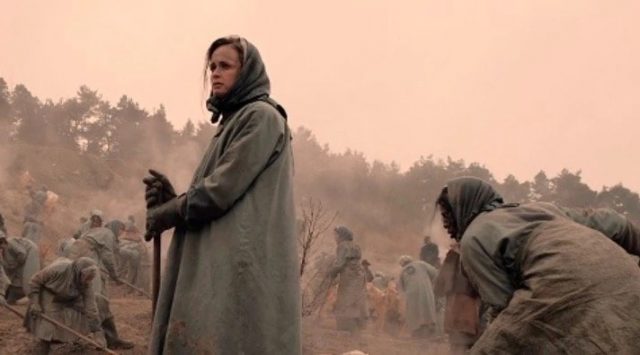 In the dystopian world of The Handmaid’s Tale, the ‘un-women’ (mostly lesbians, radical feminists, and adulterers) are forced to clean up radioactive materials in “the colonies.” The colonies are essentially toxic dumping grounds and the locations of radiation spills. These un-women and prisoners literally work themselves to death from radiation-related disease.

The Soviet Union once held a very similar practice. In the 1970s, the Soviet Union forced its prisoners to do manual labor in uranium mines to gather enough material to create atomic bombs. Prisoners working in these mines were exposed to very high levels of radiation. Those who became sick with radiation diseases were sent to special infirmaries where they underwent medical experimentation. 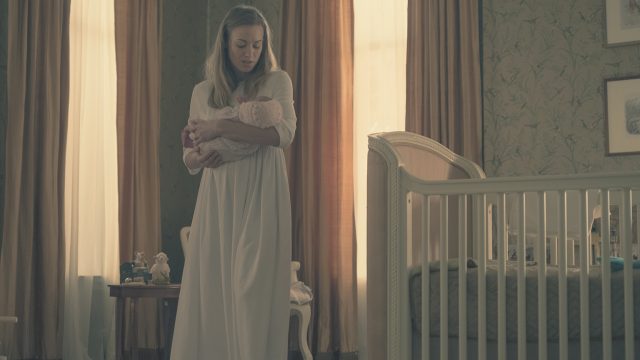 In The Handmaid’s Tale, the character June (Offred) has a daughter named Hannah. Hannah was taken away and adopted by a Commander and his wife because the government of Gilead claims that Handmaids were unfit as single mothers.

The idea of stealing children, unfortunately, has happened several times in the United States. In 1958, the Child Welfare League of America started “The Indian Adoption Project,” which lasted until 1967. This project saw Indigenous children taken away from their families to be placed with other families to teach them “American values.”

They believed that Indigenous children living on First Nation reservations were not living up to American standards, so children were literally kidnapped from their homes and placed elsewhere. No documentation was kept of their birth parents, and they were just given to other white families for adoption.