Plimoth Plantation is getting a name change. Living history meets modern day reality with the move, announced on the museum’s website earlier this month. “Plantation” is to be ditched, due to its connections with slavery and long-standing historical controversies. The new name will be revealed in the next couple of months, according to recent reports.

As the 400th anniversary year of New England’s first colonial settlement continues, a temporary logo has been unveiled featuring the name “Plimoth” and also “Patuxet”. Those stepping off the Mayflower called it the former. The Wampanoag people who lived there used the latter!

The museum Tweets that “our (old) name underscores only half the story”. Their website statement mentions a “full, multivalent history”, which they’ve aimed to reflect over the years with “thorough research about the Indigenous and European people who met along these shores of change”. 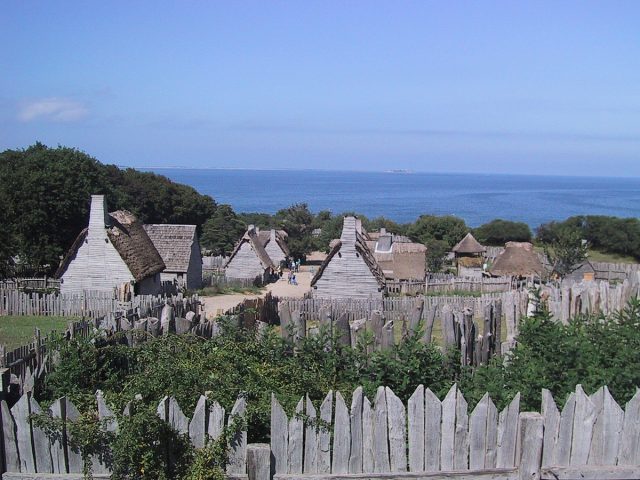 Open since 1947, the iconic Massachusetts memorial hosts a 17th century village recreation, where visitors interact with volunteers dressed in historic garb. A smaller “homesite” – Historic Patuxet – brings people the traditions and techniques of the Wampanoag. These sights are designed to help attendees “understand the events that transformed the ancient Wampanoag homeland and ultimately formed the cornerstone of the foundation of the United States.” 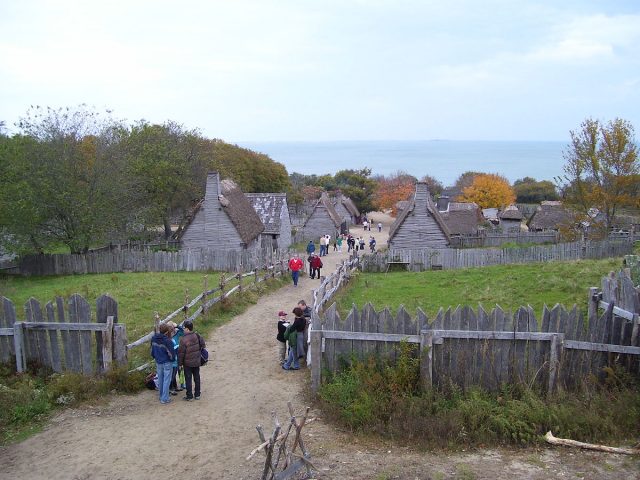 Photo by Swampyank at en.wikipedia

Quoted by CBS Boston, the company’s associate director of media relations and marketing Kate Sheehan says, “The name change is something we’ve been considering at the museum for over a year”. She adds the museum’s mission “includes and has long included the history and culture of the indigenous people of this region”. 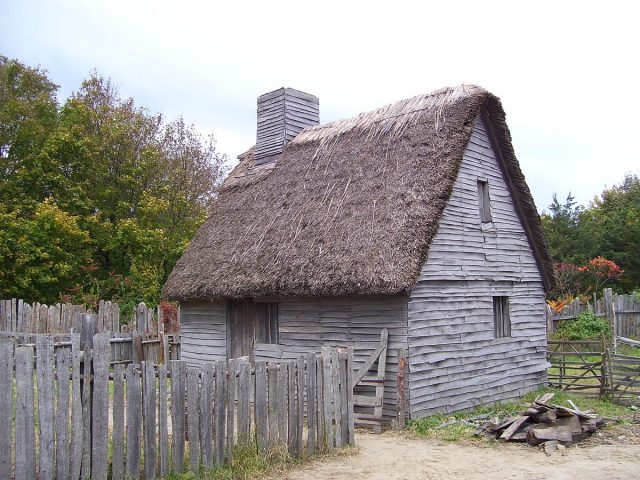 In March Plimoth Plantation wrote a public message of support for the Mashpee Wampanoag community, who are battling a federal decision to take 321 acres of reservation land. WBUR News wrote, “The tribe’s land in trust status has been under contention for years. The tribe was federally-recognized in 2007 and the previous administration took the land into trust for the tribe in early 2016. But the current administration has worked to undo that designation at the same time that the tribe has worked to build a $1 billion casino on its land in Taunton.” Last month a judge ruled that the White House should “reconsider” the course of action. 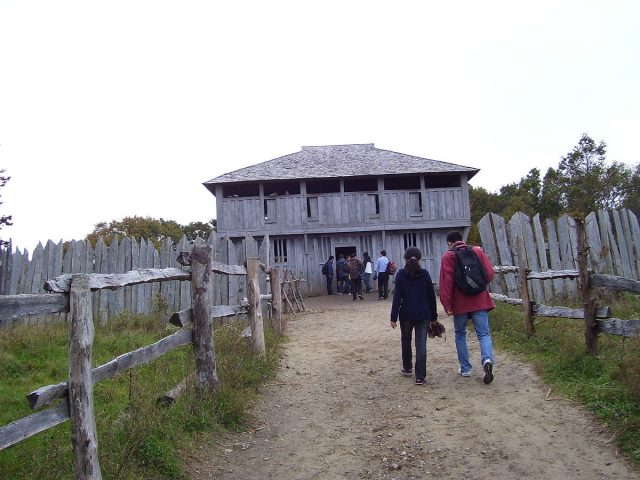 What do the Wampanoag think of the museum’s new logo? The decision is appreciated, yet viewed as part of a wider change in how America approaches its cultural makeup. Speaking to the Cape Cod Times, Steven Peters – a spokesperson for the Tribe – states “they need to dig a lot deeper than that”, believing “there are more ingrained issues within that institute that need to shift”.

Although our educational mission includes both #Indigenous and European colonial #history, our name underscores only half the story. We’ve been in conversation for over a year about this and invite you to read more about it: https://t.co/4dBtckscQW pic.twitter.com/oaUjdXcdkV

The size of Plimoth’s recreation village compared to that of the homesite has been identified as an issue. Whilst re-enactors work the village, the second site is staffed by Native People. It features details such as a “nush wetu”, a dwelling which contains 3 fire pits. Plimoth Plantation, Inc as it was called started life under one Henry “Harry” Hornblower II and co.

Hornblower passed away in 1985. In his obituary the New York Times describes him as a stockbroker and “history buff” who took his childhood interest in the area to new heights. “He later persuaded his father to give the Pilgrim Society $20,000 to acquire land and begin planning,” the Times writes, “and Plimoth Plantation was established in October 1947 as a nonprofit corporation.”

The museum’s site says his “vision was also based on the idea that his museum could represent more accurately the story of what happened”. Hornblower reportedly strove for realism, so this latest development makes an intriguing next step in affirming the location’s identity.

Related Article: Experts Believe they have Found the Lost American Colony of Roanoke

Their statement is keen to stress that, whatever happens, they will maintain the museum’s function as a living, breathing resource for students and other knowledge seekers. “Regardless of its name, this Museum will continue to hold a space for humanity: the community table” they say. “We will continue to strive for inclusion and we invite you to join the conversation.”