In a truly cosmic event, the personal and academic possessions of the world’s greatest scientists have been auctioned off. It’s easy to make assumptions about our scientific, engineering and invention heroes if we view them solely through the lens of their professional achievements. Not having access to their personal letters, journals and other private documents limits our understanding of who they were as private people, and how they struggled to take obscure ideas and bring them forth into brilliant reality.

Individuals like Nikola Tesla, Albert Einstein and Thomas Edison gave the modern age some of its most important developments, including the light bulb, and less well known but equally vital advances, like scientific insights into how DNA is structured.

Now, their papers, patent applications and even one Nobel Prize winner’s medal have been sold at famed auction house, Christie’s.
The massive sale began in mid June, and ended July 16th. Albert Einstein’s personal letters are on the auction block, as the many patents held by Nikola Tesla. The sale has been aptly titled, “Eureka! Scientific Breakthroughs of the 20th Century.” There are also some whimsical items up for grabs, including the plastic replica of physicist and writer Stephen Hawking’s character on animation pop culture hit TV show, “The Simpsons.” 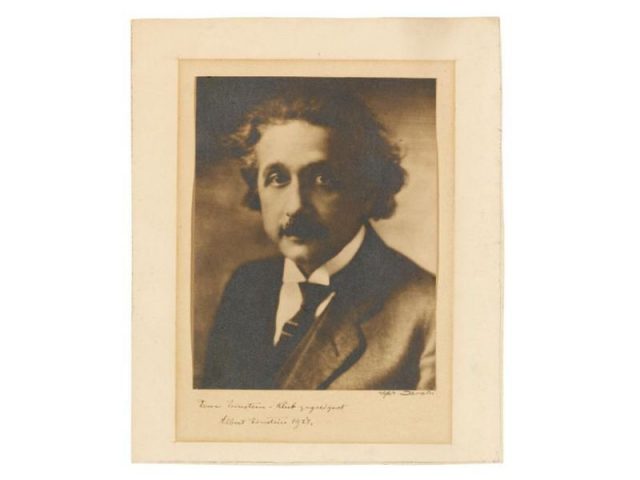 Speaking of Stephen Hawking, on a more personal note, an item that belonged to the great scientist that is now up for sale is the hood he wore while receiving his university doctorate. At the time of this writing, the highest bid for it stands at 400 British pounds. Anyone who would like to find out more about the auction that took place can go here to check it out. 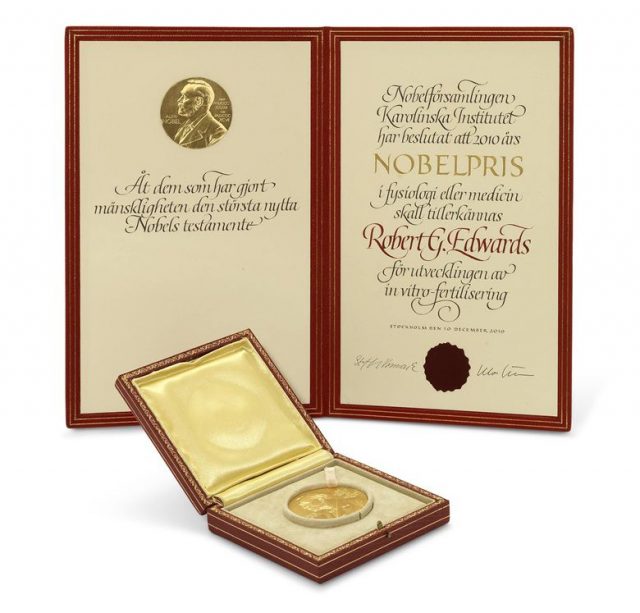 Nobel Prize in Physiology or Medicine, awarded to Robert G. Edwards in 2010 for the development of in vitro fertilization (Christie’s Images Ltd. 2020) 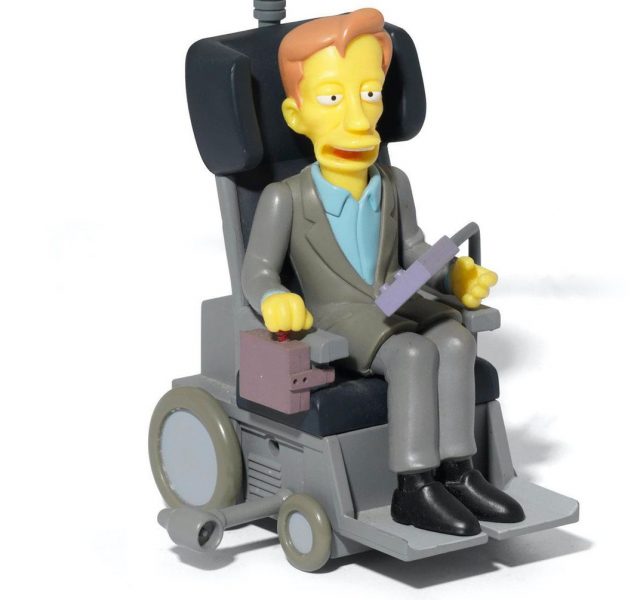 A figurine of Stephen Hawking in “The Simpsons” (Christie’s Images Ltd. 2020)

Other possessions owned by these scientists that were auctioned are more solemn, and speak to the enormous scientific strides made by these individuals, and not just in the 20th century. There is a collection of Thomas Edison’s papers that outline his refinement of his ideas for the light bulb. Nikola Tesla’s patents — about 50 in total — cover his inventions, including alternating current coils and radios. A rare M4 Enigma machine is also up for sale, the code breaking machine developed in Britain during the second world war that was instrumental in defeating the Nazis.

An enigma machine (not the one that was sold). Photo by Bob Lord CC by 3.0

A letter from Einstein to his son, from 1932 is also up for sale. It reveals a compassionate side of the man that perhaps outsiders did not see, as his son, Eduard, was suffering from schizophrenia, and his father displays in the letter empathy and kindness, during what must have been an extraordinarily difficult period.

Christie’s, like all auction houses and traditional retail outlets, has been compelled to get creative during these coronavirus times. Doing the auction online seemed the perfect solution to keeping collectors safe but still allowing them to purchase many prized items that belonged to some of the greatest scientific minds that ever lived.

Some historians speculate that Tesla was the single most important figure in 20th century science; others insist it was Einstein, and still others believe no one comes close to the inventions of Thomas Edison.

No matter who wins that particular honor — or perhaps they all deserve equal credit — the fact that the possessions of these scientists were successfully auctioned at Christie’s proves that there is still a market and big appetite for the personal and professional possessions of geniuses. Perhaps collectors cannot go to auction houses in person right now, peruse the objects and bid in a traditional way. But if necessity is indeed the mother of invention, the virus has taught us that folks will find a way to indulge their passions, build their collections, and take home the belongings of some of the world’s leading achievers, in science, invention, cosmology, and other disciplines.