Why are so many barns painted red? Engineer Yonatan Zunger came up with the answer. It turns out that a red barn was far more than just a building and a color. The whole deal is actually a gateway to the workings of the cosmos!

How did Zunger begin brain-storming – and indeed barn-storming – this mind-expanding concept? That puzzle is easier to solve – television. “This question got stuck in my head as a result of an episode of a long-forgotten sitcom called Head of the Class,” he says in a revised version of his piece, published in Medium.

The 1980s show about gifted students is known for a few things, among them bringing Billy Connolly to American screens as their teacher (following the departure of original star Howard Hesseman). Zunger’s interest stems from one particular episode, where it’s asked why red barns are such a commonplace sight. 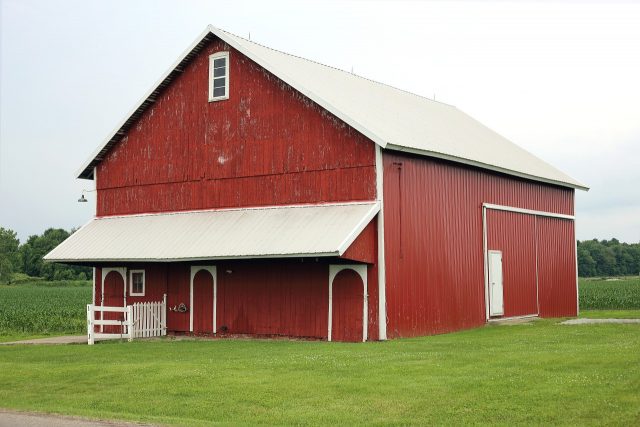 He gives readers the pocket version first. “The answer the show gives is ‘because red paint is cheaper,’ which is absolutely true,” Zunger writes, a solution which was never likely to satisfy a man of his rigor. He adds, “but it doesn’t really tell you why red paint is cheaper… to answer this we have to go all the way to the formation of matter itself.”

Here’s where the action moves up to the stars. For Zunger, nuclear fusion in space is why we have a countryside staple. To make red paint, manufacturers need rust, or the iron-oxide compound red ochre. They get it from the ground. And what’s it doing in the ground? Well, a star collapsed in order for it to get there. 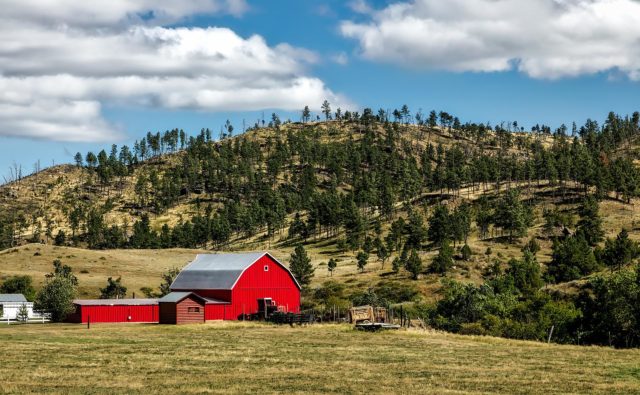 Put as simply as possible, dying stars become bogged down with heavy elements, to the extent that they die. To begin with, stars are created when dust and gas clouds mix together in a galactic cocktail, propelled by gravity. Fusion happens which balances inward and outward pressure, holding the end result in the skies as a ball of light.

Fusion can be a friend to constellations, but it can also be a big problem. When stars have burned their brightest it’s time to die, as a certain character from Blade Runner once said. The star gets smaller and smaller, at which point the process gets all confused and the cosmic ingredients no longer mix. Weighted down by iron, the heavenly body can no longer take it. 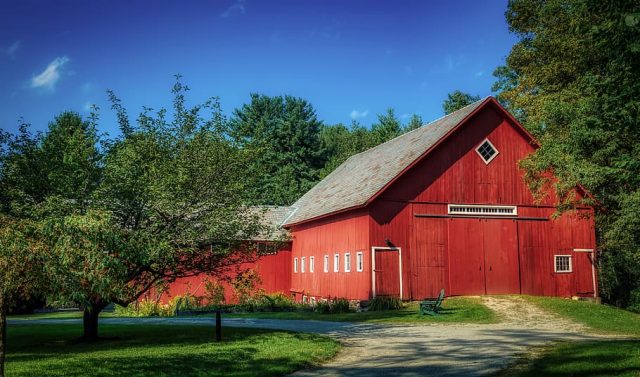 “These new reactions give it a big burst of energy, but start to form heavier elements still, and so the cycle gradually repeats,” Zunger says, “with the star reacting further and further up the periodic table, producing more and more heavy elements as it goes. Until it hits 56. At that point, the reactions simply stop producing energy at all; the star shuts down and collapses without stopping.” Not so much a bang as a whimper. Though the final moments can be dramatic. Gizmodo mentions how “when stars die, physics dictates they generate a bunch of iron and explode.”

As this tragic event comes to a conclusion, the material falls Earthward and embeds itself at ground level. Iron meets oxygen and oxides are formed. A payload of red ochre means big bucks for paint producers, who it could almost be said were profiting from the ashes of dead stars. Not that there’s any room for sentimentality in business!

More from us: Why the American School Bus is Yellow

So, red paint is cheap for barns. But it’s more profound than that. The trusty substance is plentiful due to powers which, even today, are beyond true comprehension. A question posed in a fondly-remembered sitcom led to one man bending the world’s mind with his staggering realization. The writers couldn’t have imagined their throwaway scene would inspire such a bizarre and brilliant exploration of what goes on above the atmosphere.