Is this the oldest known photo of a Maori individual? A “daguerreotype” of Hemi Pomara, the young man who was captured and put on display by the British in the 19th century, has been spotted by researchers putting together a book about J.W. Newland.

Newland was a daguerreotypist, meaning he practiced an early form of photography involving mercury vapor and silver plates. Writers Elisa deCourcy and Martyn Jolly (Australian National University) realized the plate they were studying was of Pomara, the clearest view yet of someone previously represented by a watercolor and woodcut.

Publishing details of their surprise discovery of possibly the oldest Maori photo in The Conversation, deCourcy and Jolly call it “a story of indigenous survival and resilience for our times.” The plate, from 1846, was inside an imitation leather case at the National Library of Australia. While the image had been digitized it was not attributed, and has lain there since the 1960s. 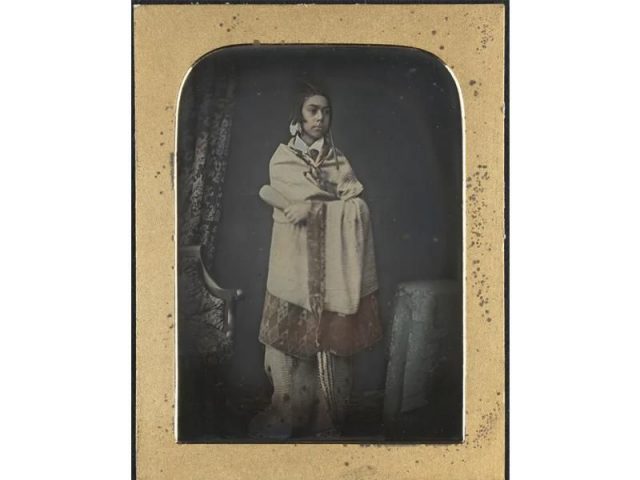 The 1846 daguerreotype is most likely the oldest surviving photo of a Maori person. (National Library of Australia)

The portrait presents Pomara full length, wearing a cloak, or “korowai” denoting a “chiefly rank”. He was originally born on the Chatham Islands to chief of the Ngāti Mutunga tribe, Wiremu Piti Pomara. As for other photographic details, Smithsonian Magazine refers to “a patu onewa, or stone club, close to his chest” and “kuru pounamu, or greenstone pendant” hanging from his ear.

After his family were sadly ended by another tribe, he was taken to Sydney by George French Angas, an artist in 1844. There he received a boarding school education. Angas treated his teenage acquisition like a living exhibit, presenting him during his lectures on indigenous peoples. 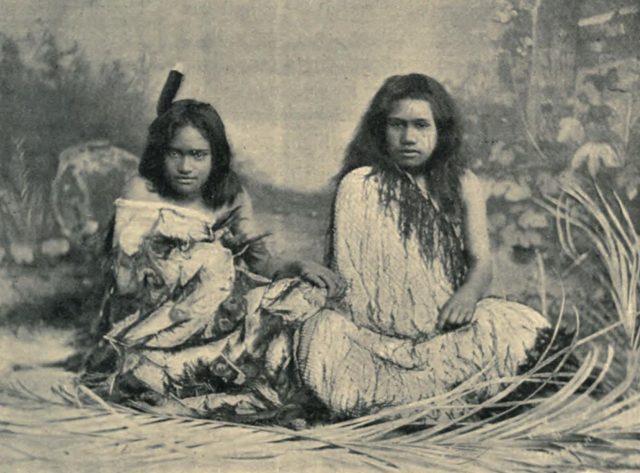 At this stage the watercolor was created, again showing Pomara in a korowai. deCourcy and Jolly describe the painted boy as “doe-eyed and cheerful”, adding “Hemi is portrayed as an idealised colonial subject, civilised yet innocent, regal yet complacent.”

During a trip to London in 1846, Pomara was paraded at the Egyptian Hall as part of an art show for Angas. The artist “also presented Pomara during a private audience with Queen Victoria and Prince Albert” writes Smithsonian Magazine, “and at a Royal Society meeting attended by Charles Darwin and Charles Dickens.” The woodcut was made for the ‘Illustrated London News’. 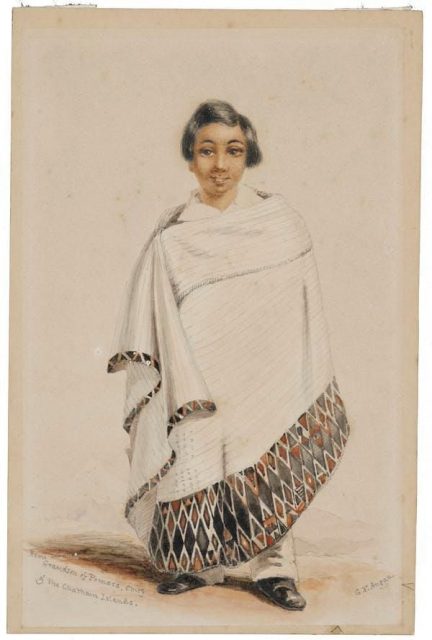 Hemi, grandson of Pomara, Chief of the Chatham Islands, 1844-1846 by George French Angas, (Courtesy of the National Library of New Zealand)

The recently-reappraised snap features an unusual amount of color tinting, helping bring the subject to life. The authors note in The Conversation that the image “has been expertly colour-tinted to accentuate the embroidered edge of the korowai, in the same deep crimson shade it was coloured in Angas’s watercolour.”

Who made the daguerreotype? deCourcy and Jolly are certain that photographic pioneer Antoine Claudet was responsible. He reportedly favored a realistic approach with regards coloring. Pomara’s portrait has a “modest amount of skin tone colour applied.” It’s speculated the photo was taken at the Royal Society, judging by what appears to be a panelled wall in the background. 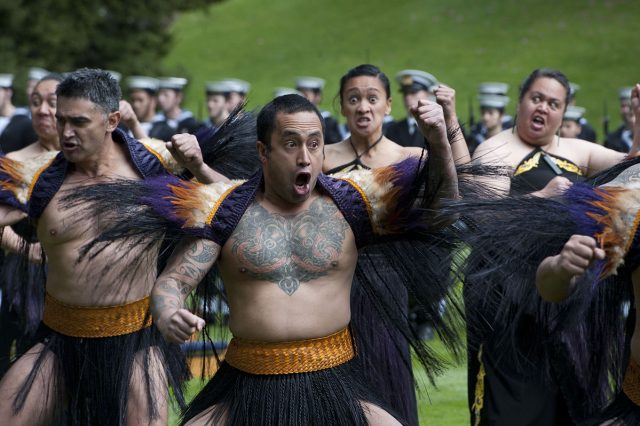 Maori warriors perform a Haka, meaning dance of welcome. The ceremony is an ancient Maori tradition used to determine if visitors came in peace or with hostile intent. DoD photo by Erin A. Kirk-Cuomo CC by 2.0

Pomara subsequently boarded a ship for what sounds like a miserable life on the ocean waves. Not only was the vessel wrecked at Barbados, he faced greater threats on the trip back. He was apparently “assaulted by the first mate, who was tried when the ship returned to London” according to The Conversation. Smithsonian Magazine states Pomara was “frequently assaulted, and his unprotected state created no sympathy.”

By the end of 1846, New Zealand had become his new home. Records of him after this point are sketchy. Another image, unsubstantiated from 1864, seems to show him with a wife and child in England.

The extraordinary and harrowing tale was fictionalized for ‘The Imaginary Lives of James Pōneke”, Tina Makereti’s novel (2018). ‘Jojo Rabbit’ director Taika Waititi and his company Piki Films are adapting the book for the screen. It’s one of three projects exploring colonization and its effects that Waititi will fund.

The oldest known Maori photo before the daguerreotype discovery was that of Caroline and Sarah Barrett, who were sisters. Taken in the 1850s, their photograph is now joined by this latest fascinating find.

Hemi Pomara may cut a lonely figure by comparison, but deCourcy and Jolly see hope in the image: “They make it clear that even at the height of colonial fetishisation, survival and cultural expression were possible and are still powerfully decipherable today.”

The pair believe “It is now time to connect it with the other portraits of Hemi, his biography and the wider conversation about indigenous lives during the imperial age.”