Are You Brave Enough to Drink the Sourtoe Cocktail?

The world is full of unusual things, but one of the strangest is without a doubt the Sourtoe Cocktail. The hallmark of Dawson City’s Sourdough Saloon, it has garnered fans the world over. Those who drink it must abide by one rule: “You can drink it fast, you can drink it slow – but the lips have gotta touch the toe.”

As the story goes, the toe used to create the first ever Sourtoe Cocktail came from rum-runner Louie Liken. During the 1920s, he and his brother, Otto, were out on a cross-border delivery when they got caught in a blizzard. To guide his dog team through the snow, Louie stepped off the sled, and his foot fell through a weak patch of ice.

Despite experiencing the early stages of frostbite, and fearing the police were closing in, the brothers continued on their journey. When they made it back to their cabin, they found the prolonged journey had caused Louie’s foot to freeze solid. To prevent gangrene, Otto cut off his brother’s toe with an axe. 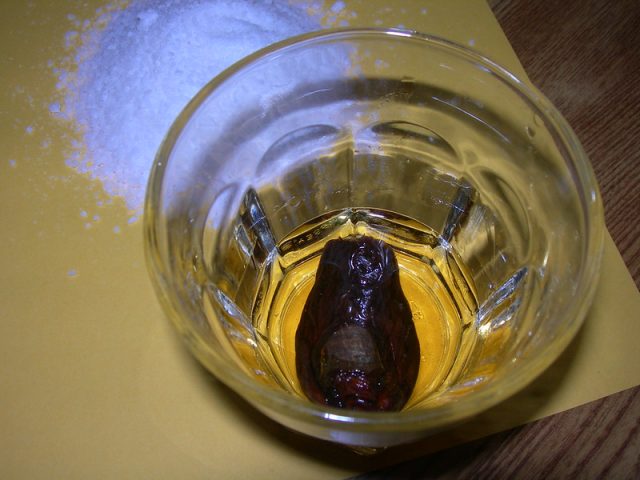 As a way to commemorate the trip, Louie preserved the toe in a jar of alcohol.

Creation of the Sourtoe Cocktail

Approximately 50 years after the ill-fated journey, Captain Dick Stevenson, a Yukon local, was cleaning out the cabin when he came across the jar. Intrigued, he brought the toe to the Sourdough Saloon, located in the Downtown Hotel in Dawson City, where he started placing it into the drinks of those brave enough to drink it. 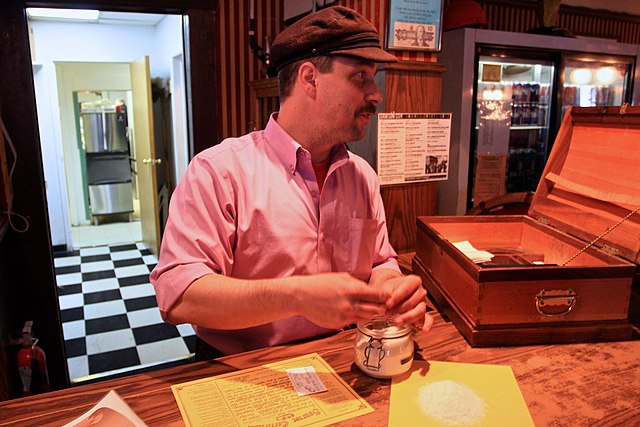 Speaking with USA Today, Adam Gerle, general manager of the Downtown Hotel, explained the tradition is safe, “We’ve had the chief medical officer of the Yukon look at it and give it a clean bill of health. As long as we keep the toes mummified, which we do by keeping them on salt and serving it in 40% alcohol, that keeps everything legal.”

There have been many toes

Over the years, the rules regarding the Sourtoe Cocktail have changed, but the primary objective has remained the same. No matter how someone drinks it, the toe must touch their lips. They can choose their alcohol of choice, although the majority choose to down whiskey, usually Yukon Jack.

According to the Sourtoe Cocktail Club, the original toe was swallowed in 1980: “In July 1980, a miner named Garry Younger was trying for the Sourtoe record. On his thirteenth glass of Sourtoe champagne, his chair tipped over backwards, and he swallowed the toe. Sadly, Toe #1 was not recovered.” 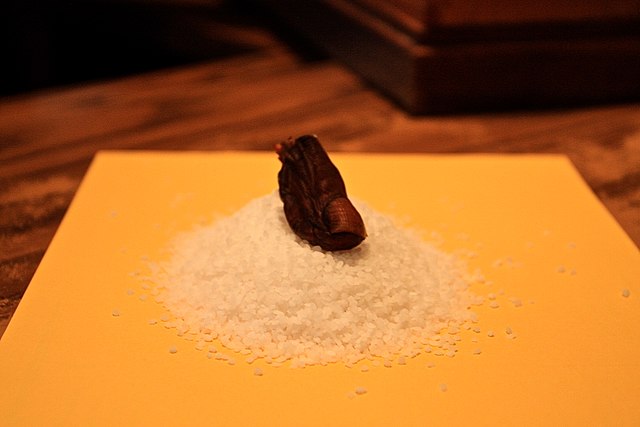 The Sourdough Saloon has obtained many toes since. The second toe was amputated for an inoperable corn, while the third had to be removed due to frostbite. It, like the original, was accidentally swallowed. The fourth was stolen by a hunter, while the fifth and sixth toes were donated by an elderly man in exchange for free drinks for his nurses. Seven was amputated due to diabetes and the eighth was sent in a jar, with the message, “Don’t wear open-toe sandals while mowing the lawn.”

Other toes came from a British Marine who suffered frostbite during the Yukon Arctic Ultra marathon and a man with gout. At present, the bar has 10 toes on rotation, all of which have been donated by fans of the Sourtoe Cocktail.

Swallow the toe and pay a hefty fine

While it might seem bizarre, there are some who order the Sourtoe Cocktail with the sole intention of swallowing the mummified toe. In August 2013, a man entered the Sourdough Saloon, ordered a Sourtoe shot and swallowed the toe without a second thought. He paid a fine of $500 and exited the bar. 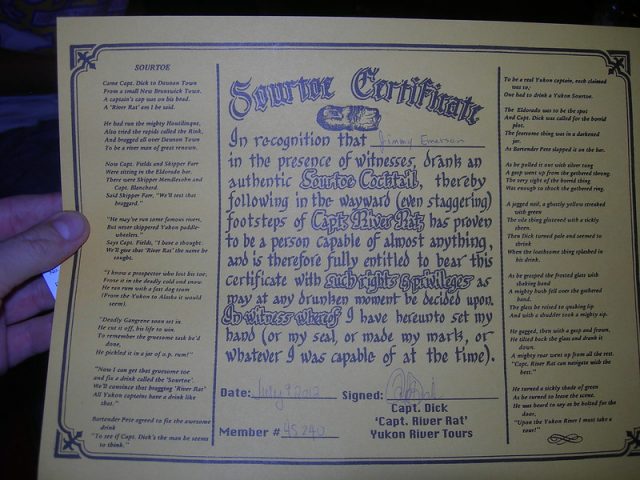 This was the first and only time the toe was deliberately consumed. However, as a result, the fine for doing so was increased to a whopping $2,500. Here’s hoping this deters others from trying to swallow the infamous toe.

« How Did Citizen Kane Go From Flop To Top Film Of All Time?
The White House Traditions And Events That Celebrate Food, Religion, and Snowball Fights »