How Did Citizen Kane Go From Flop To Top Film Of All Time?

Despite being dubbed one of the greatest films ever created by critics and experts, Citizen Kane was initially a flop at the box office. In fact, even though the film received overwhelmingly positive reviews and was nominated for nine Academy Awards, director Orson Welles was booed at that year’s Oscar ceremony. Here we break down the drama behind the creation of Citizen Kane and how it eventually rose to prominence despite its initial failure.

How did Welles come up with Citizen Kane? 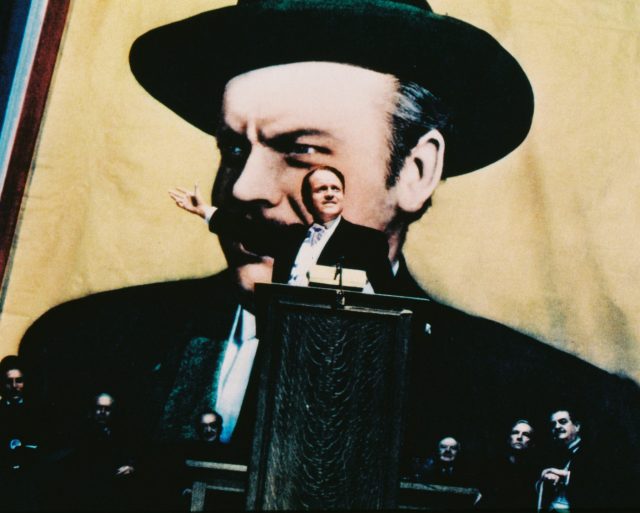 Orson Welles standing in front of a portrait of himself in the background in a publicity still for Citizen Kane. (Photo Credit: Silver Screen Collection/ Getty Images)

Orson Welles started working on Citizen Kane when he was just 24-years-old. At that time, despite his young age, Welles already had numerous accomplishments under his belt. His October 1938 radio broadcast version of the sci-fi classic, The War of the Worlds, was so realistic that listeners actually believed that aliens had invaded New Jersey.

In 1939, Welles signed a contract with RKO Pictures. Welles was given the freedom to develop his own stories, use his own cast and crew, and have final cut privileges in his contract. Despite this freedom, Welles initially had a difficult time finding a subject for his feature film.

Eventually, writer Herman J. Mankiewicz suggested to Welles that he should base his film on the life of the publishing tycoon William Randolph Hearst. In 1941, the newspaper and radio were still kings of media, and Hearst presided over America’s newspaper empire. Hearst inherited the San Francisco Examiner from his father- and challenged another publishing tycoon, Joseph Pulitzer by buying the New York Journal. 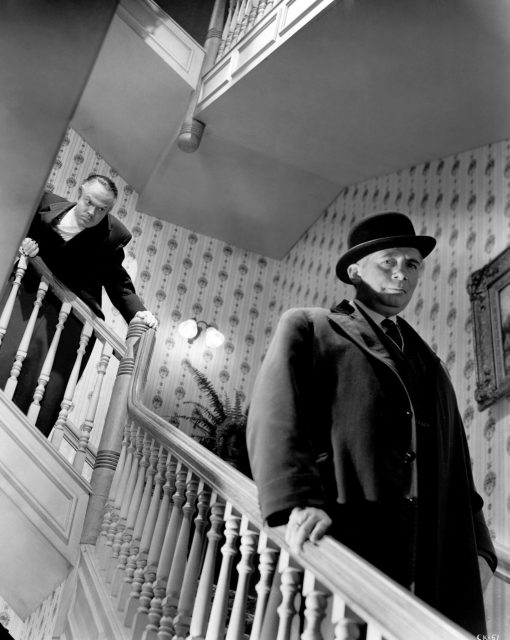 Orson Welles and Mankiewicz then began creating a screenplay and subsequent movie loosely based on Hearst’s life. The plot of Citizen Kane involves a group of reporters attempting to decipher the last word of millionaire newspaper tycoon Charles Foster Kane. The reporters dig into his last word, “Rosebud,” and find an ultimately troubling story. Despite being depicted as one of the richest men in the world, Kane dies old and alone after his relationship with his friends and family deteriorates.

There are several different parallels between Kane and Hearst. Both Kane and Hearst had their fortunes built on the discovery of precious metals, their age, and their private pleasures. Both were overbearing, manipulated the media, and used sensationalist journalism to sell their papers. 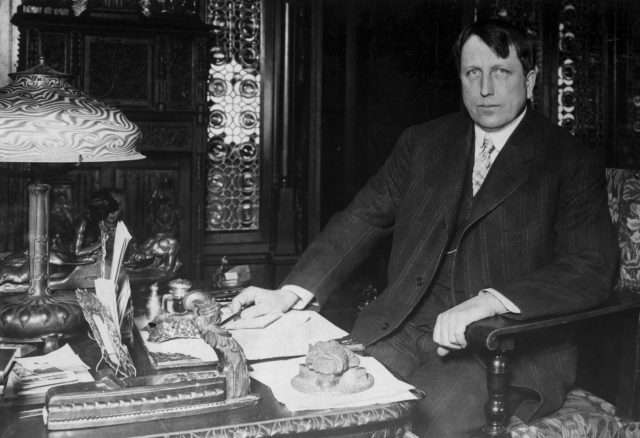 It’s not a secret that Citizen Kane doesn’t paint William Hearst in the best light. However, a preview for Citizen Kane in February 1941 drew primarily positive results from movie critics. But that changed after a gossip columnist and movie critic Hedda Hopper found her way into the first screening of Citizen Kane. Because of her career, Hopper instantly recognized that the film was about Hearst, because she knew all the drama in town, and was friends with Hearst’s mistress, Marion Davies.

Hopper decided to take it upon herself to alert Hearst about his depiction in Citizen Kane before the movie premiered. To make matters worse, Hopper was rivals with another gossip columnist, Louella Parsons. Parsons was an employee of Hearst, so Hearst decided to drive the knife in a little deeper by adding that she couldn’t “comprehend why Louella hadn’t already alerted” Hearst about the movie. 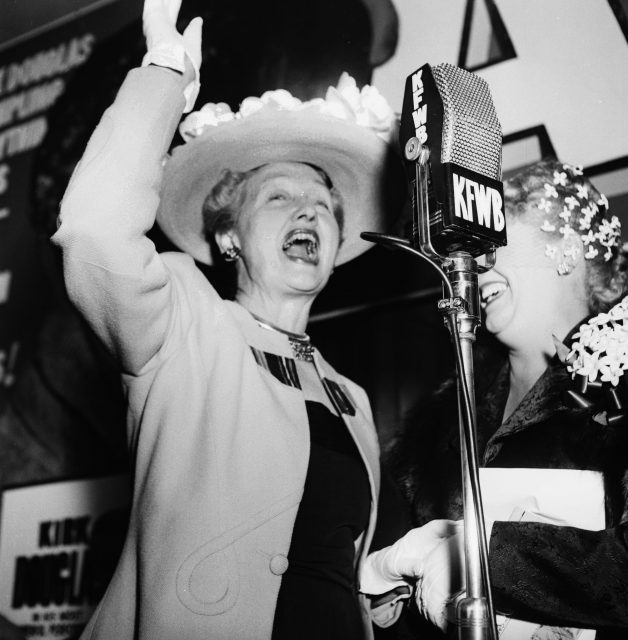 Hearst was furious that he had learned about his portrayal in Welles’s Citizen Kane from Hopper instead of Parsons. Hearst ordered Louella to attend a private screening of the movie with two lawyers. James Stewart, who was a sound recordist and present at this private screening, recalled how she walked out before the movie was over.

So ensued a full-blown campaign, led by Hearst and Parsons, against Welles and Citizen Kane. Hearst refused to run advertisements for the movie in the many newspapers and radio stations he owned, and gained support from other Hollywood bigwigs, including Louis B. Mayer of Metro-Goldwyn-Mayer. Hearst was supposedly not only upset with only his depiction in the movie, but also the depiction of Marion Davies. On the other hand of the legal battle, Orson Welles threatened to sue both Hearst and RKO- Hearst for trying to suppress the film, and RKO if the company refused to release the film.

Citizen Kane eventually did open at the box office in May of 1941 but it was a complete failure at the box office, bringing in only $1.5 million dollars. Despite the low attendance to see the movie, Citizen Kane still managed nine Academy Award nominations, including nominations for Best Picture and Best Director. Yet at the 1941 Oscars, every time Citizen Kane was mentioned, the audience booed. Inevitably, Welles walked away only with one Academy Award for writing. 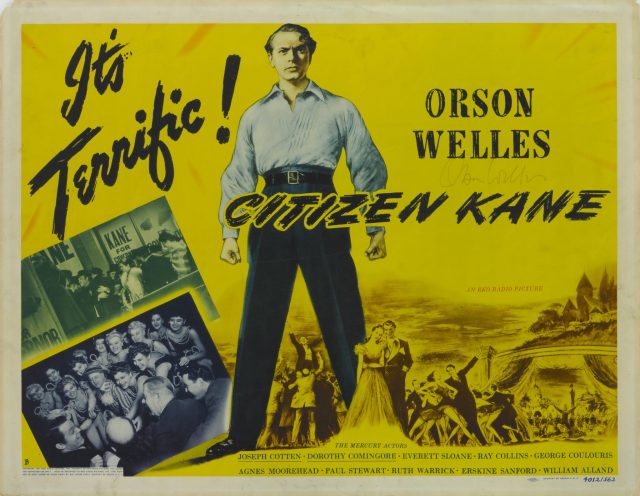 RKO quietly decided to archive Citizen Kane after all the drama surrounding the movie had passed. However, in the 1950s, the movie was re-released. Upon its revival, it began to receive praise for its groundbreaking techniques in camera and sound work, as well as the story itself. The fact that Citizen Kane made viewers sympathize with Kane’s real-life counterpart (Hearst) all while he was trying to ruin Welles’s reputation speaks volumes to the film itself.

Today, Citizen Kane is largely considered one of, if not the best movies of all time. It is a contender for this title because any other movies that could be considered “the greatest movie of all time” will have borrowed from techniques established by Welles in Citizen Kane. Citizen Kane holds the number one spot on the American Film Institute’s poll of America’s 100 Greatest Films.

« How Come These VHS Tapes Sell For Very Hefty Sums?
Are You Brave Enough to Drink the Sourtoe Cocktail? »