The Shocking Opening Performance That Nearly Ruined the Academy Awards

The opener to the 61st Academy Awards was produced by Allan Carr and quickly became known as the worst opening in Oscars history. Once the campy, Las Vegas-inspired production was over, it had effectively ended Carr’s career and hurt some actors involved in the debacle as well. 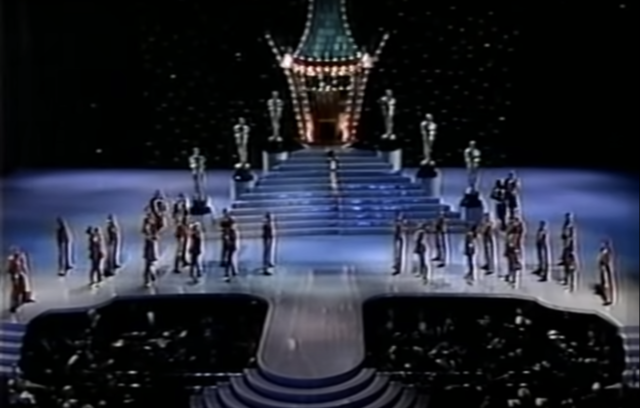 The opening was atrocious. To begin, Snow White, played by actress Eileen Bowman, entered the theatre singing “I Only Have Eyes For You.” As she made her way to the stage, following a group of glittery stars with legs, Snow White shook the hands of many celebrities sitting in the audience. The camera caught the reactions of many of the celebs, who seemed to have reluctantly given their hand out of sympathy for Snow White’s performance.

When she finally made it to the stage, Merv Griffin came out singing “I’ve Got A Lovely Bunch Of Coconuts” as the stage transformed into the former famous nightclub, Cocoanut Grove. Following this, Snow White was joined by her blind date, Rob Lowe, and the pair began to sing a modified version of Tina Turner’s “Proud Mary.”

The terrible opening ended with Lily Tomlin descending from a strange and enormous theater-shaped hat that Snow White had changed into, losing her shoe along the way, and saying “I told them I’d be thrilled to do the Oscars if they could only come up with an entrance.” The whole thing was over-the-top, cheesy, and extremely out of place for the Academy Awards.

A scathing letter from celebs 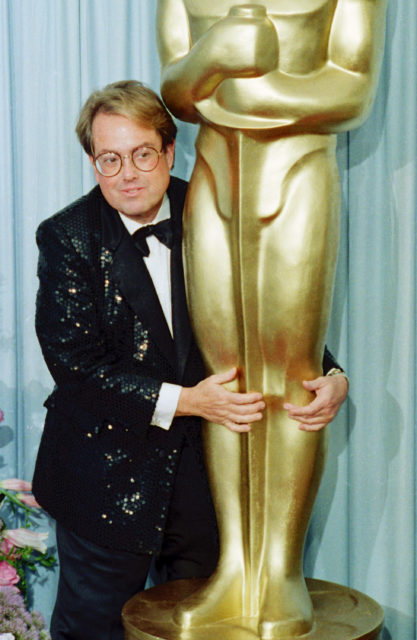 Celebs who attended the event, as well as the millions of people who watched from home, were extremely upset with the opening number. So upset, in fact, that former Academy president, Gregory Peck, wrote Carr a letter expressing his criticism of the debacle, which Carr did not receive well. But that wasn’t the end of it.

Peck later followed up by writing an open letter to the Academy itself, proclaiming that the opening was “an embarrassment to both the Academy and the entire motion picture industry. It is neither fitting not acceptable that the best work in motion pictures be acknowledged in such a demeaning fashion.” Sixteen other prominent Hollywood figures also signed the letter, including Paul Newman, Julie Andrews, and Billy Wilder. 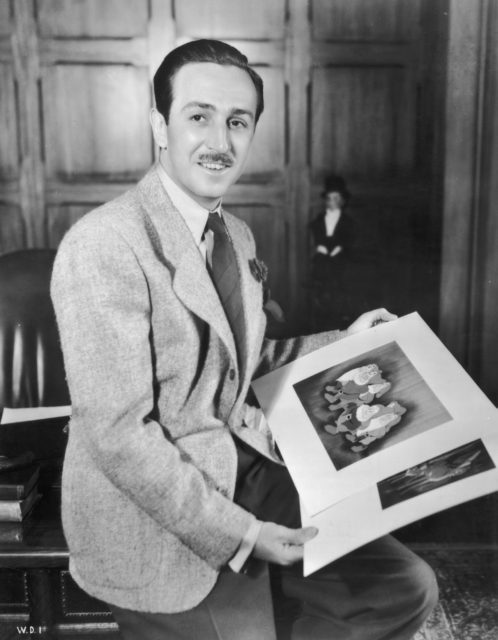 A portrait of American cartoonist and producer Walt Disney (1901 – 1966) seated on the edge of a desk in an office holding illustrations from his animated films ‘Snow White and the Seven Dwarfs’ and ‘Bambi’ circa 1942. (Photo Credit: Hulton Archive / Getty Images)

When the 61st Academy Awards aired, Disney did not yet have ownership of the ABC Network and when Disney took offense to the production, things got ugly. Carr had not asked Disney’s approval for the use of their Snow White character. As such, Disney sued the Academy for “copyright infringement, unfair competition, and dilution of business.”

This came to the surprise of then-ABC Vice President John Hamlin, who said “I had always surmised Disney would be very pleased. Disney loves promotion of Disney characters.” Instead, the screwball performance left Disney feeling as though the network had damaged Snow White’s reputation. One week later, ABC issued a formal apology.

Positives that came from the show 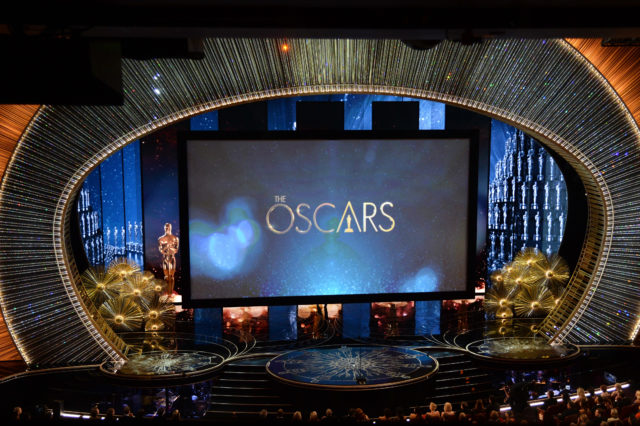 View of the stage during the 88th Annual Academy Awards at the Dolby Theatre on February 28, 2016 in Hollywood, California. (Photo Credit: Kevin Winter / Getty Images)

For all the negative that the 61st Academy Awards came to be remembered for, it also became the Academy show to begin a lot of firsts that we still see during the annual awards show today. It was the first year to broadcast with no host, it was the first to feature the red carpet as an event prior to the show, and it was the first time the line “and the Oscar goes to…” was standardized.

Unfortunately, no one credits the year with those firsts. Instead, it remains the worst opening ceremony in the history of the Academy Awards.