When Walt Disney envisioned his animations come to life, he imagined a huge amusement park where people of all ages could escape reality and interact with the characters and worlds they know and love. After years of planning and $17 million dollars, Disneyland opened on July 17, 1955.

Since then, Disney continues to be a huge attraction, with 12 parks across the globe including Shanghai, Tokyo, and Paris. But behind the mouse ears, princess gowns, and thrilling rides, the “happiest place on Earth” can sometimes become a nightmare.

Former Disney employees took to Reddit to share their own personal horror stories about what goes on behind the scenes of Cinderella’s castle – and you won’t guess how wild it gets! 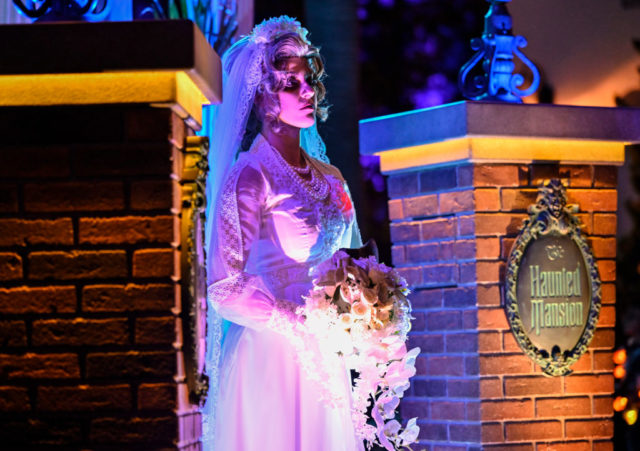 Apparently, Disney’s iconic Haunted Mansion ride is a popular spot for guests to spread the ashes of their loved ones who hope their ghosts can join others at the attraction and live in the park forever. Does that make Haunted Mansion the most authentic ride, since it’s complete with actual ghosts?

These unofficial (and unapproved by Disney!) funerals also happen at other attractions like the Magic Kingdom flower beds and Pirates of the Caribbean. 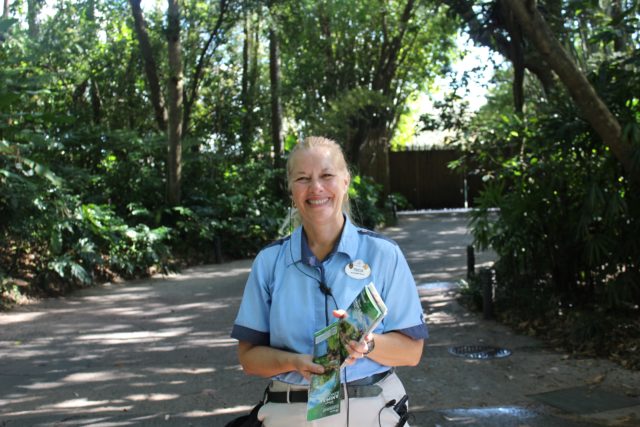 According to one Reddit user, cast members deal with unruly, rude guests by sending them off with the sarcastic saying “have a magical day” – what employees lovingly refer to as the “Disney FU.” 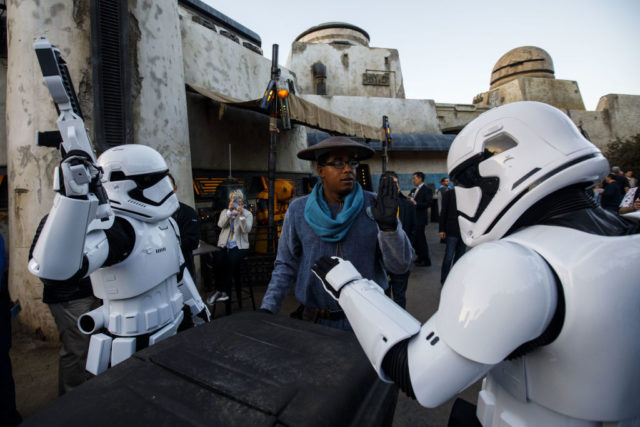 An overwhelming majority of Disney horror stories involve the not-so-PG relations between cast members when guests aren’t looking. This unofficial rule, known as “The Three D’s,” helps to keep employees from sneaking off behind rides. The “Three D’s” stands for Don’t Do Disney – AKA don’t sleep with your co-workers. It never ends well.

Does the Caribbean always smell this bad? 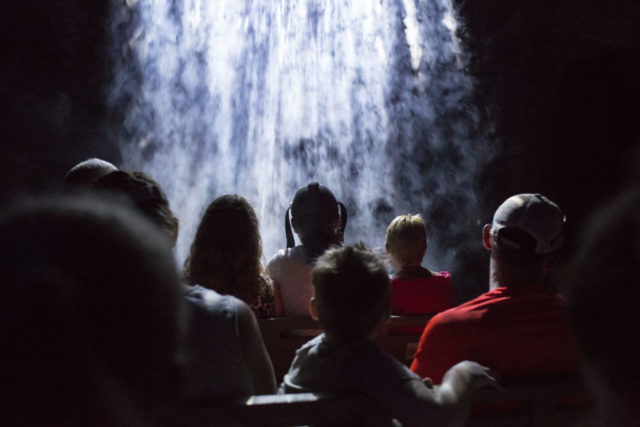 Guests are seen on the Pirates of the Caribbean ride at Walt Disney’s Magic Kingdom (Photo Credit: David Ryder/Bloomberg via Getty Images)

Most park-goers who ride the Pirates of the Caribbean water attraction notice the water smells funky. Not swimming pool funky – in fact, most can’t quite put a finger on it. Supposedly, the water in the ride isn’t filtered but is treated with a special chemical called bromine. Unlike chlorine, bromine has a milder smell and is more effective at killing bacteria in the water – giving Pirates of the Caribbean its own special scent. 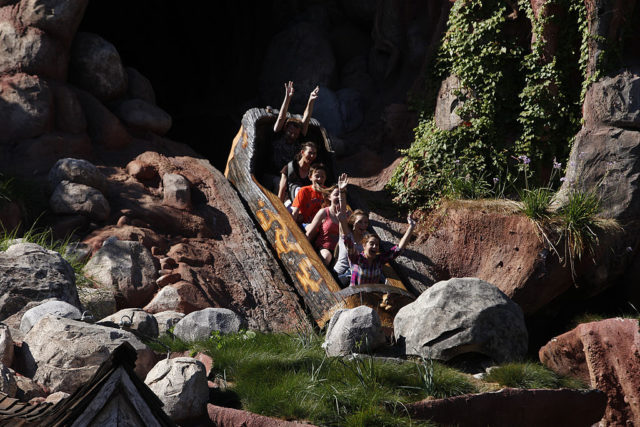 Accidents happen, but Disney doesn’t let that get in the way of dispensing magic to guests. One former employee used to work at the iconic Splash Mountain ride when “the ceiling collapsed on the logs with guests in it. They just put a tarp over the hole and kept running the ride. I never rode it again after that.” 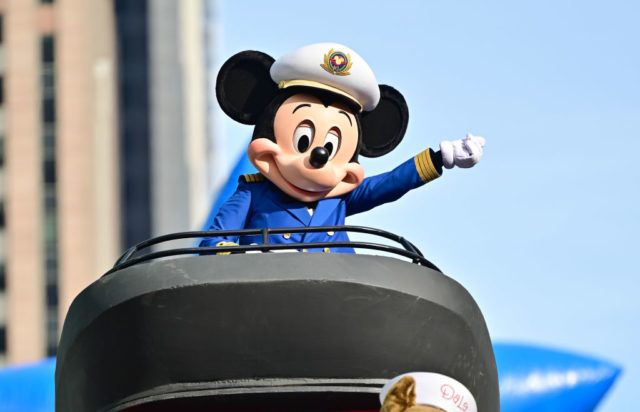 Disneyland has a colony of feral cats that live in the park! In exchange for food and shelter, the cats help control pests like mice in the park – does that mean they are encouraged to kill our beloved Mickey Mouse? 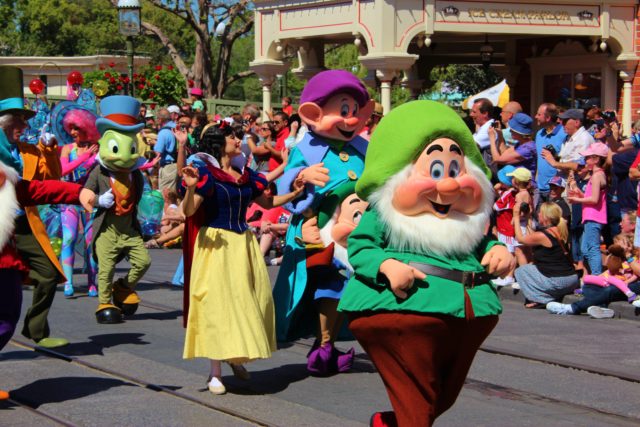 Snow White and the Seven Dwarves during a Disney parade. (Photo Credit: traveljunction via. Wikimedia Commons).

Proudly advertised on Disney’s careers website, the “Disney Look” is a rigid set of guidelines that all employees must follow to fit in with the Disney brand.

According to the site: “The Disney Look… is clean, polished and approachable, and is designed with our costumed and non-costumed cast members in mind.” This includes clean-shaven cast members like this one: “Before I started a shift, I was given a razor and asked to shave because of stubble/5 o’clock shadow.” 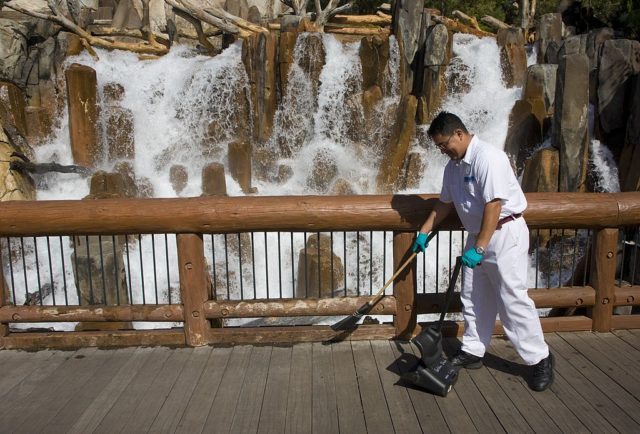 One common thread among former Disney cast members seems to be Disney’s “out of sight, out of mind” approach to dealing with trash. One former employee explained, “What the light doesn’t touch… you don’t see. Spaceship Earth has whole piles of junk hidden in the center, there’s a random barbecue just sat underneath the launch of the Rock n Roller Coaster.” 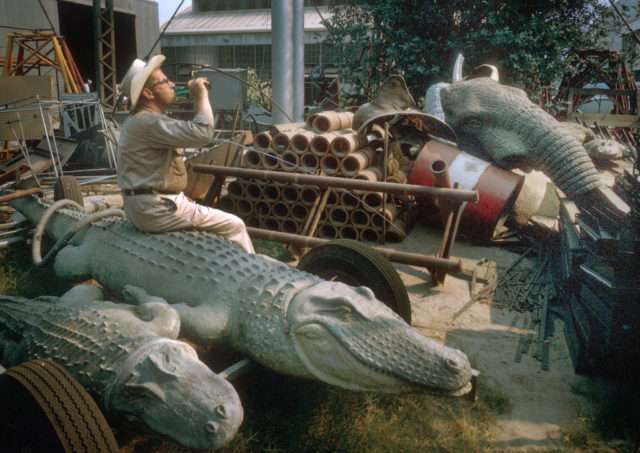 One former Disney employee revealed the company’s strict policies for cast members, even taking it as far as eight-hour shifts without a break: “If you worked at the diners or food service places where someone was at a register that you walked past to order/ charge your food, you didn’t get to drink anything or go to the bathroom for your full 8-10hr shift. That’s when I lost all respect for them; not even 5 minutes to go to the bathroom.” 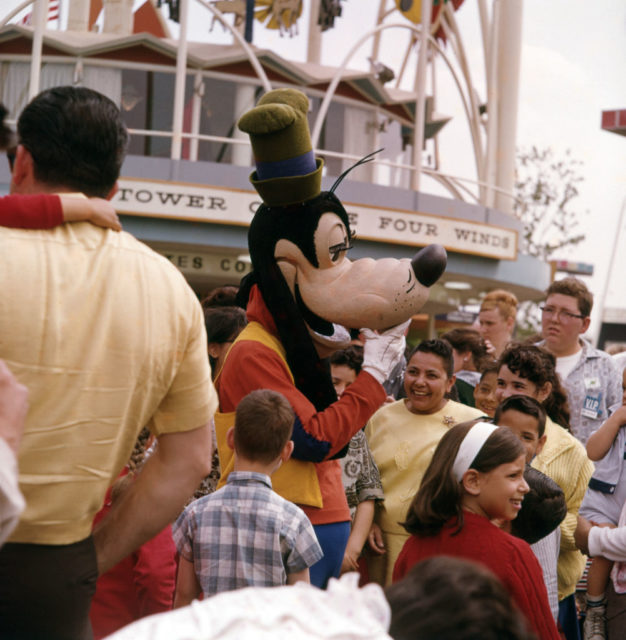 Costumed characters in the Disney parks are usually accompanied by cast members who help guide them throughout the park and assist with eager visitors looking to meet their favorite characters. But sometimes things can get out of hand between visitors and characters – take it from this former cast member:

“In one of our classes, they explained how the characters had to have ‘leads’ with them at all times, since Goofy was stabbed by a man who had been arguing with another adult about whether Goofy was a person in a costume or a REAL 6-foot dog in a hat. They also showed us how to pose for photos – both hands had to be visible in all photos, so the guests can’t use the photos as evidence that the characters were touching their butts.”

More from us: 10 Minor Details Brilliantly Hidden in Disney Movies

Regardless of these difficult experiences, Disneyland continues to see millions of visitors every year who are eager to make their own magical memories – hopefully ones without malfunctioning rides or wounded characters.