It takes a particular kind of person to become a dictator. ‘Strong-willed,’ ‘stubborn,’ and ‘menacing’ are all traits shared by fearsome rulers, but it seems that even the most powerful rulers have a weakness for something. From ice cream and Doritos to nude portraits and the opera, these strange obsessions of history’s scariest dictators have left us wondering: Nacho Cheese or Cool Ranch? 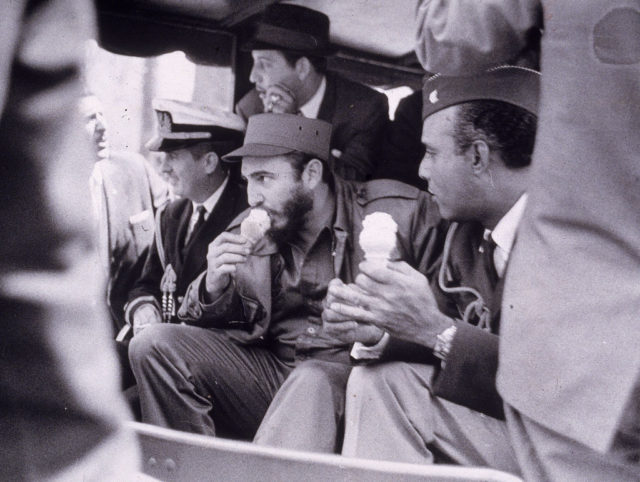 According to close friends and confidants of Fidel Castro, the Cuban revolutionary and former president was obsessed with ice cream! His love of the cold treat influenced the rest of his country, with much of Cuba’s economy supported by dairy production. When President John F. Kennedy issued a trade embargo between the United States and Cuba, Castro found himself cut off from his American ice cream connections.

Castro sent a dignitary to Canada, where he purchased 28 containers of ice cream from Howard Johnson’s restaurants. It must not have lasted very long, considering he finished lunch each day with a whopping 18 scoops of ice cream! Castro launched a new initiative in Cuba aimed at growing the local dairy industry to make the very best ice cream. But the majority of cows in Cuba in the 1960s didn’t produce milk, so Castro’s government purchased thousands of Holstein cows from Canada and began a study to breed the highest yielding dairy cow.

In 1972, Cuba did just that. Ubre Blanca (white udder) a Holstein hybrid cow, was named the world’s highest-producing dairy cow in the 1982 Guinness Book of World Records, providing up to 110 liters in a single day. The popular Cuban ice cream chain Coppelia was a project overseen by the country’s greatest ice cream connoisseur: Fidel Castro. 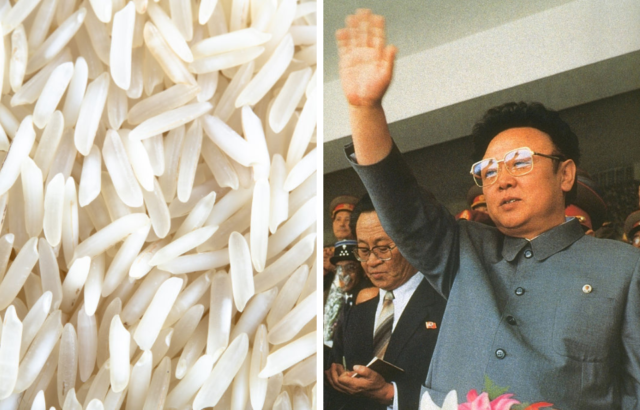 Former Supreme Leader of North Korea Kim Jong-Il – the father of current North Korean leader Kim Jong-Un – was a known foodie. While many of his subjects struggled to provide enough food for their families, Kim hired servants to sort through his rice to ensure each grain was the exact same shape and color.

Kim’s former sushi chef claimed that he kept a wine cellar stocked with 10,000 bottles. He also indulged in delicacies like shark fin soup and sea urchin. He sent envoys to Beijing for McDonald’s hamburgers, and he even had pizza ovens imported from Italy complete with pizza experts to teach his private chefs how to make the best pies – as long as they didn’t include anchovies, which Kim complained were “too salty.” 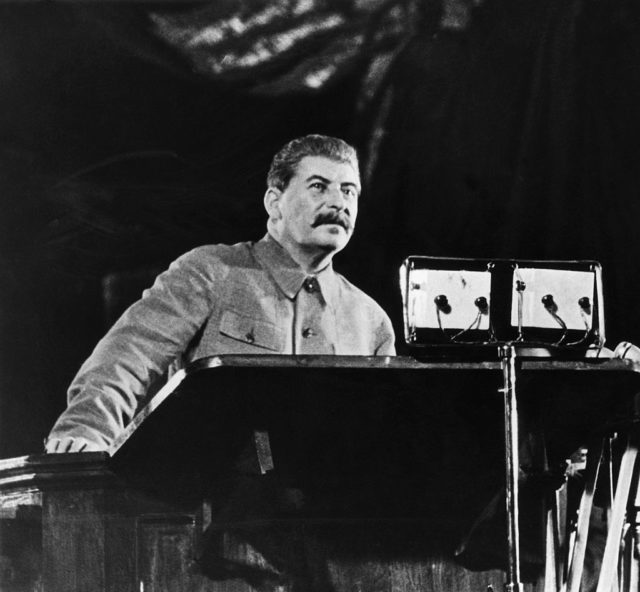 Former leader of Soviet Russia Joseph Stalin is said to have a love of nude drawings – but it’s not what you think! He was less interested in drawing or collecting art, and more interested in defacing the works of others. A collection of drawings featuring comments and autographs by Stalin went on display in Moscow in 2009, revealing intimate insight into what Stalin thought of his comrades.

One drawing features a handwritten caption: “Ginger bastard Radek, if he hadn’t pissed against the wind, if he hadn’t been angry, he would be alive.” Historians believe Stalin was referencing Karl Radek, the former head of Comintern – an international communist organization – who was supposedly assassinated in 1939 by Stalin’s secret police.

Other comments mentioned additional enemies of Stalin like Marxist theorist Georgy Plekhanov, while still others feature crude jokes about nudity like “Don’t sit with a bare arse on stones… give the boy some pants” scrawled across a drawing of a man sitting on a pedestal. 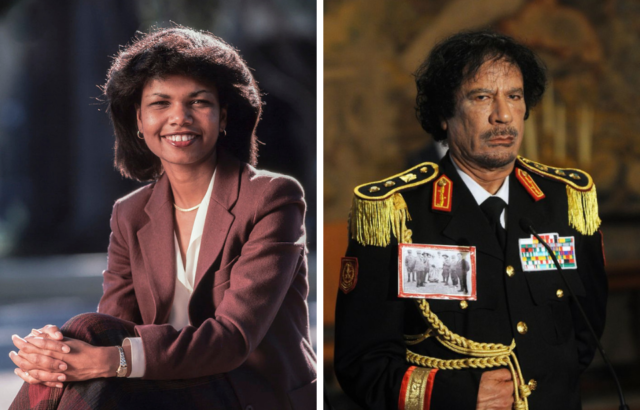 Muammar Gaddafi, the former military dictator of Libya, had a strange fascination with US Secretary of State Condoleezza Rice that went a bit too far. According to Rice, she found Gaddafi’s obsession with her “weird and a bit creepy.” In her memoir, she recalled watching a video Gaddafi had created called “Black Flower in the White House,” complete with an original score.

When Rice made a diplomatic visit to Libya, Gaddafi reportedly referred to her as “Leezza” and gifted her with a necklace that featured a photo of them together. The creepy infatuation was confirmed when a group of rebels found a homemade scrapbook in Gaddafi’s abandoned quarters, complete with photos and newspaper clippings of Rice. 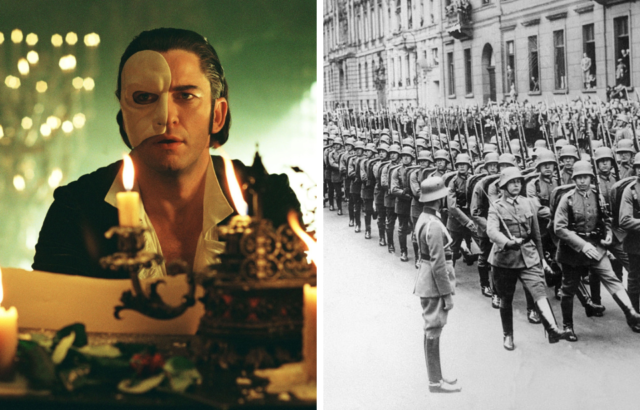 Adolf Hitler was a man of many strange obsessions. From a love of Disney films to being labeled a coprophile (someone who is sexually excited by human waste) in a 1943 American Intelligence report, one of his favorite pastimes started at an early age: trips to the opera. As a twelve-year-old, Hitler discovered the music of German composer Richard Wagner.

As a young boy, he reportedly skipped school to attend the opera. Hitler later wrote he was “addicted” to attending the opera. While Wagner died fifty years before Hitler’s rise to power, he became a national sensation in the 1930s thanks to Hitler’s use of Wagner’s music in rallies and speeches. 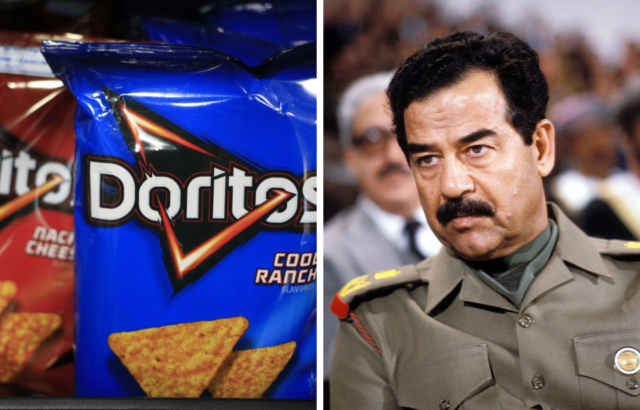 The tyrannical former president of Iraq, Saddam Hussein, was known to have a love of all things extravagant. But his one food obsession would be considered less than fine dining: Doritos!

More from us: Fidel Castro’s ‘Wanted Dead or Alive’ Bounty Reward Was Only Two Cents

According to the Pennsylvania National Guard, who guarded Hussein’s compound, the fearsome leader could eat an entire family-sized bag of Doritos in less than ten minutes – he supposedly ate nothing else, except for the occasional bowl of Raisin Bran cereal.