The Controversial History of the McDonald’s Happy Meal

The McDonald’s Happy Meal has been a fast-food staple since before the turn of the century. There have been many controversies surrounding the children’s meal – namely health concerns – but its first controversy began with the very origin of the Happy Meal. Who really came up with the idea in the first place?

Do you remember Burger Chef? 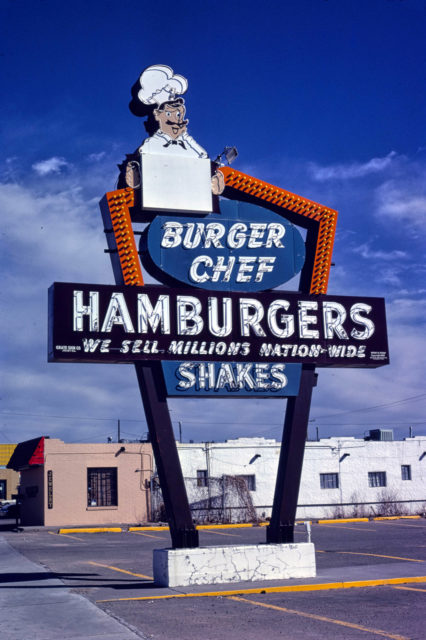 Burger Chef was a burger restaurant chain that began operations in the 1950s and quickly spread throughout the US to become one of McDonald’s’ main competitors by the 1970s. In 1973, the chain introduced the “Funmeal” to its customers, which included a small burger, a small fry, a dessert, a small drink, and a toy to take home. It came in a square box and was decorated with the two cartoon mascots of the company, Burger Chef and Jeff.

After seeing significant success with its “Funmeals,” Burger Chef signed a licensing deal with Star Wars, which at the time was the highest-grossing film in history. That was a big deal. For this campaign, the box that housed the “Funmeal” was equipped with punch-out shapes that, when put together, would create a cardboard C3PO.

The marketing styles and collaborations across fast-food and media marketing sound very familiar, don’t they?

All the way in Guatemala, before Burger Chef ever signed a deal with Star Wars, McDonald’s franchise owner Yolanda Fernández de Confiño was devising a solution to a problem she noticed within her own store. Fernández de Cofiño saw that children were having a difficult time finishing their adult-sized meals. In an effort to stop wasting food, her store began serving smaller portion sizes to accommodate her young clientele in 1977.

Now these smaller meals were not served in a box, they came on a tray just like all the other meals. But Fernández de Cofiño did offer toys from the local market to those who purchased the smaller portioned meals.

Yolanda Fernández de Confiño presented her concept of smaller meal portions at a marketing conference held later in 1977, around the same time the Happy Meal was being developed. Although she was not given recognition for coming up with Happy Meals directly, she was given a silver Ronald McDonald statue in 1982 at an award ceremony that recognized outstanding owners and operators.

So if it wasn’t Yolanda Fernández de Confiño who coined the idea of the Happy Meal, who did? Supposedly, the McDonald’s marketing team had been toying with the idea of marketing to children for a couple of years. However, at around the same time that Burger Chef’s “Funmeal” was gaining popularity, a McDonald’s regional advertising manager, Dick Brams, had asked advertising executive Bob Bernstein to come up with a similar concept.

Bernstein claims that the idea of the Happy Meal was inspired by his son, Steve. Every morning at breakfast Steve would sit down to eat his cereal, looking at the games and pictures that were printed on the cereal box. Bernstein wanted the Happy Meal box to have that same effect. 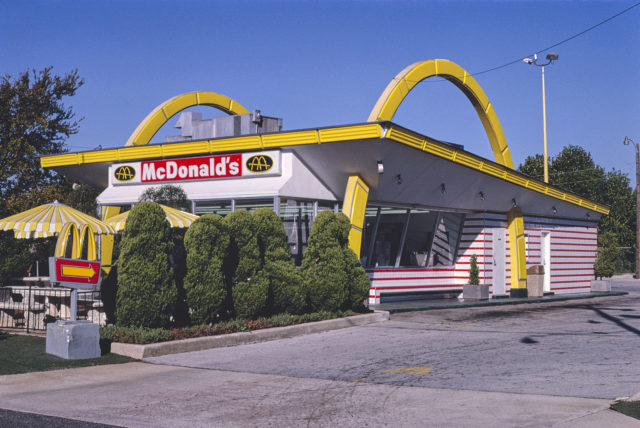 Ultimately, Burger Chef lost the legal battle. Not soon after, Burger Chef franchises began to close across the country, while McDonald’s exploded on the international stage. Burger Chef was eventually bought out by Hardee’s and all remaining restaurants were either transformed into Hardee’s restaurants or shut down for good.

Salt in the wound 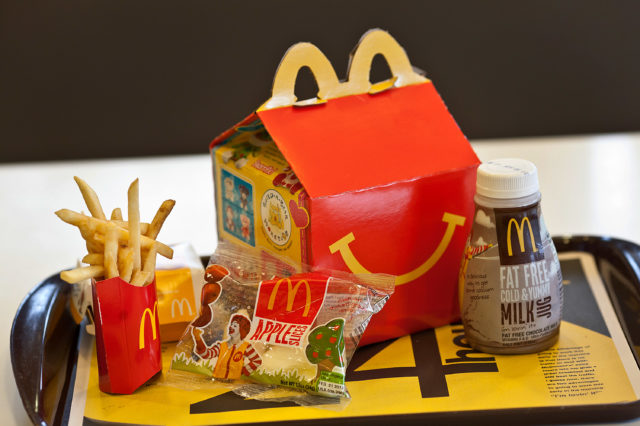 A Happy Meal is displayed for a photograph on a tray. (Photo Credit: Emile Wamsteker / Bloomberg / Getty Images)

Fast-forward a couple decades to 2019, when retired McDonald’s Senior Executive Vice President Paul Schrage made a shocking (not really) remark about the Happy Meal. Schrage told the Chicago Tribune that, “The idea (for the Happy Meal) came from our competitor, Burger Chef, which had been offering gifts to kids. Our regional ad manager in St. Louis, Dick Brams, was aware of this and thought it was a nifty idea and he contracted a guy in Kansas named Bob Bernstein.”

More from us: Here’s the Real Reason McDonald’s Introduced the Filet-o-Fish

So there you go. Although they may not have admitted it back in the day, McDonald’s took a lot of inspiration for the idea of the Happy Meal from Burger Chef.