Vintage Toys That Would Never Be Made Today

Wanna play? Never mind cool flashing lights and numerous points of articulation, health and safety is surely the most important feature of any children’s toy. But it wasn’t always that way. Here are some dangerous vintage toys that would never make it in today’s market.

While the idea of selling a miniature oven to children that actually heats up doesn’t sound like the best plan, Hasbro’s Easy-Bake Oven became an iconic toy. 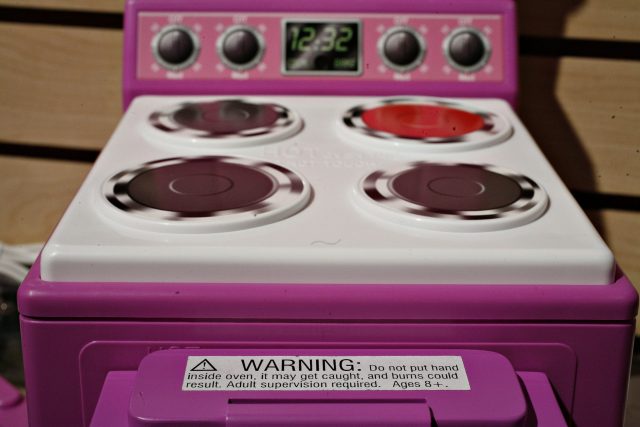 It wasn’t till 2007 that the company got burned… or rather its customers did. The Easy-Bake Ovens were recalled twice, following disturbing cases of kiddie-based kitchen mishaps.

Apparently, it was easy to bake your hands or fingers by getting them trapped in the opening. Initial coverage said that five suffered burns, out of a reported 29 who got into difficulty with their digits.

Later in the year, 249 cases were revealed, with 77 burns amongst the worrying stats. Hasbro had already been providing “retro-fit kits” to address the issue, but the hazard was clear. USA Today wrote one incident was “serious enough to require a partial finger amputation to a 5-year-old girl.”

Good Housekeeping said that Hasbro gave the Easy-Bake oven an upgrade, with “an electric heating element instead of a light bulb” used for all your cooking needs.

The classic Battlestar Galactica from the late 1970s and early ’80s wasn’t a long-lived show. However, the franchise was strong enough to produce a toy line, including the Colonial Viper as piloted by heroes Apollo and Starbuck. 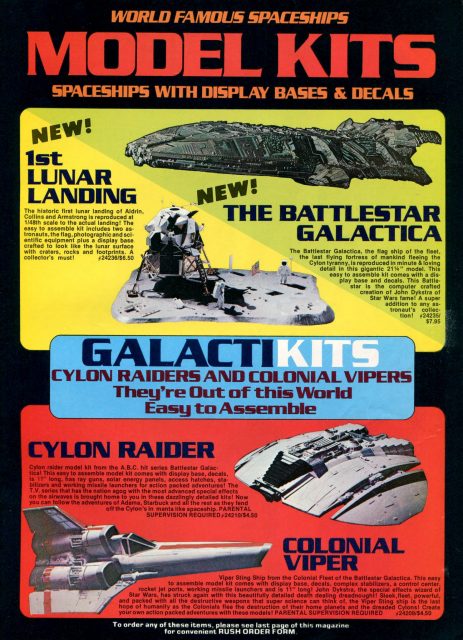 Young fans could fire off a missile from the toy, but tragically, this resulted in a fatal choking, when a 4-year-old got it in their mouth back in 1978.

A permanent impact was made on the toy market. As Gizmodo wrote, “The Viper was recalled, Mattel was sued, and toy packages gained the choking hazard warning forever.”

It looked magical on paper: Aqua Dots were a 21st-century toy kit, where beads were mixed with water to highly aesthetic effect for budding young designers. 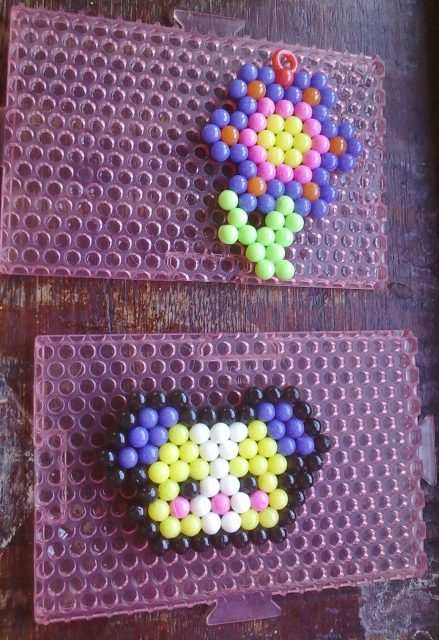 Imported by Spin Master, they were made in China by Australian company Moose Enterprise. Things went wrong in 2007, with the Daily Mail reporting that children in Australia and America had been affected.

The kit obviously wasn’t edible. Nonetheless, they’d wound up swallowing the colorful beads. 16-month-old Ryan Monje from Arizona suffered breathing difficulties, vomiting, and seizures. He also went into a coma for a couple of days.

How come? Well, the beads were covered in a chemical that “when ingested, metabolizes into gamma hydroxybutyrate (GHB)” wrote the Mail. In case the notorious name isn’t familiar, this chemical is a well-known intoxicant.

Ryan had “permanent brain damage, loss of fine motor skills and sense of smell.” Eight years later, his family had their day in court. They were awarded $435,000 in damages.

The world of the cowboy can be a dangerous place. And these risks carried over into the playground in the shape of clackers, or clacker balls. Argentinian “gauchos” brandished a similar weapon, two or three balls joined by lengths of cord called “bolas.” 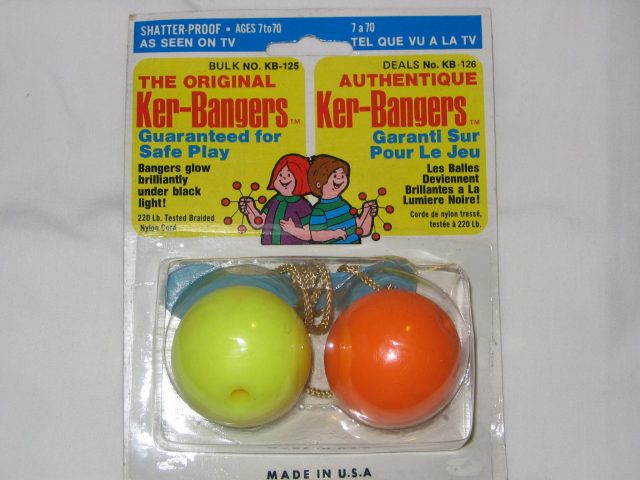 Turning such a lethal design into a child-friendly toy proved challenging. Especially when light material such as plastic tended to break apart. When it did, the momentum of the clackers meant that fragments “basically acted as shrapnel from an exploding bomb” wrote the website Do You Remember.

Clackers made a loud noise, but the screams from kiddies for whom the game went wrong were probably louder!

The Society for the Prevention of Blindness even got involved. Clackers lasted from the late 1960s to the late ’70s before they were slung onto the scrap heap.

Spike-like objects with fins that could be thrown in the air as part of a fun activity? That was the idea with Lawn Darts. Looking at the situation from today’s standards, it was a recipe for disaster. 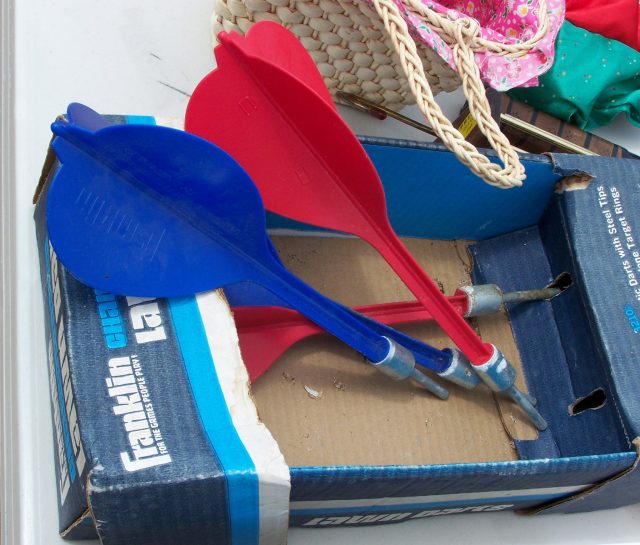 In 2012, Mental Floss wrote about a case from 1980s California. Lawn Darts — also known as Jarts — were lobbed skyward. Hoops on the grass provided targets, with points scored if the darts landed precisely.

David Snow’s 7-year-old daughter Michelle was tragically struck in the head by a Lawn Dart in 1987. The metal pierced her skull, resulting in her death days later. He launched a campaign to get people to stop playing with Jarts.

While the product had received a previous — and adult-oriented — rebrand, in response to children’s injuries, some parties weren’t sticking to the rules. Snow pushed for further investigation from the CPSC (Consumer Product Safety Commission).

Their findings were a shock. Mental Floss wrote that “81% of those cases involved children 15 or younger, and half of those were 10 or younger.”

In regard to head injuries, it was revealed that “many had led to permanent injury or disability.”

Snow’s efforts were successful, and Lawn Darts were banned in the U.S. and Canada. They only reappeared last year, in a modified version for the U.S. market.

Our final entry doesn’t sound like a toy at all. But it was! The Gilbert U-238 Atomic Energy Lab was aimed at young people who wanted to get to grips with nuclear material. And by nuclear material, they meant literally! 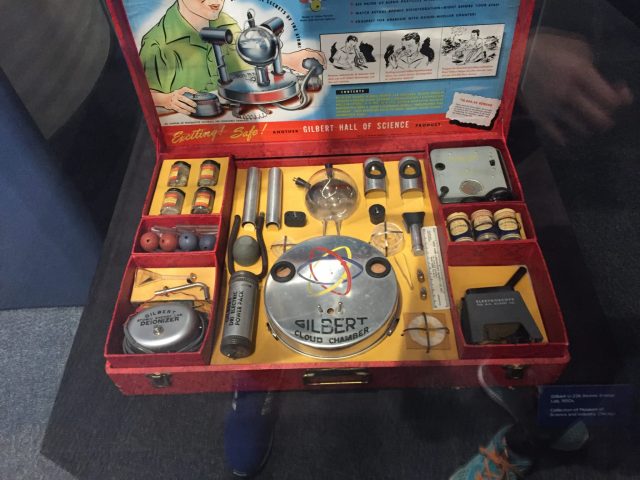 Apparently, the colorful box contained four jars of uranium. Yes, you read that right. Aspiring scientists were “encouraged to use the enclosed instruments to measure the samples’ radioactivity, observe radioactive decay, and even go prospecting for radioactive ores” according to IEEE Spectrum.

More from us: 10 Fascinating Facts About Woolly Mammoths

Unfortunately, or perhaps fortunately for consumers, the mushroom cloud-sized price tag led to less than impressive sales. In the following decade, regulations were brought in to protect kids from products such as uranium playsets, and the rest is history.