The Victorian Era is known for its bizarre social practices, but one of the darkest portions of the history of the 19th century is the practice of “baby farming” in both England and North America.

Getting rid of unwanted children

Baby farming was a term that came to describe the practice of taking custody of unwanted children or those whose parents were unable to properly care for them. This practice was most common in the urban areas of England, but it was also prominent in urban areas of North America. 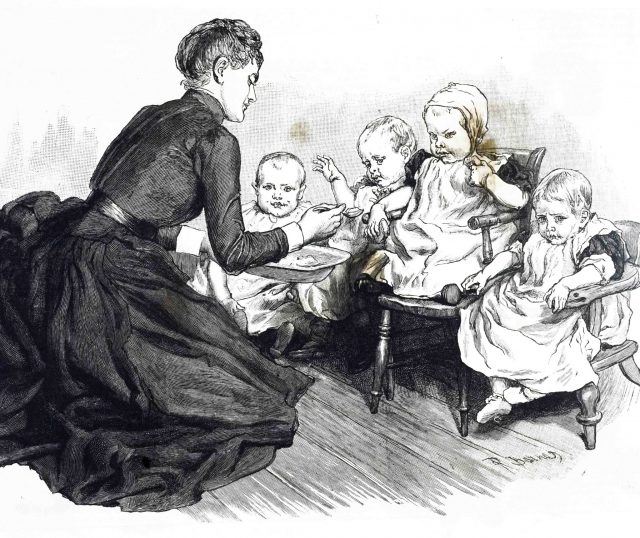 Before the development and widespread use of birth control, many women — especially of the lower classes — found themselves dealing with pregnancies and children they could not necessarily care for.

Women who could afford it could place their child in the home of a paid caregiver. However, many of the women who found themselves pregnant with an illegitimate child could not afford the services offered by a paid caregiver and had to find a different, cheaper solution.

A cheaper option available to women was the fostering of children in the countryside. In the 19th century, the countryside was often seen as the more desirable place to raise a child in comparison to the city, which was filled with diseases, prostitutes, and substance abuse.

Typically, no one questioned the female nurses who were willing to foster children in the country, largely due to Victorian gender norms. Women were seen as naturally more tender, caring, and nurturing.

They were told that their primary job in life should be raising happy and healthy children. Women, therefore, were not questioned when they volunteered to foster children because it was seen as part of their natural instincts. 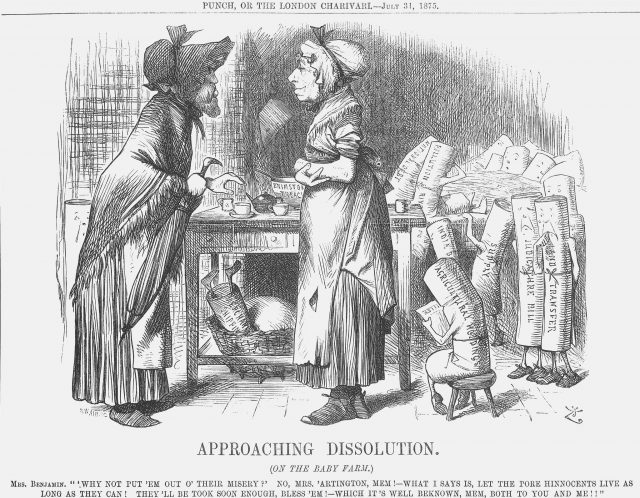 From the mid-19th century onwards, a new type of child fostering was rapidly developing in England and America, largely due to the rapid urbanization and industrialization of these countries.

Mothers wanted their children to grow up in the country because city air was so polluted that it made their children sick. However, mothers also preferred work found in the city, where they were paid higher wages and had more job opportunities.

What began appearing in the mid-19th century were advertisements looking for children to foster or “adopt,” as well as ads placed by mothers searching for somewhere to place their newborn babies.

More and more women began placing their children in the care of total strangers in towns and villages. This new type of fostering was typically led by untrained women who demanded money to care for these children.

Some nurses asked for weekly payments from mothers to feed and clothe their children, while other nurses demanded a lump sum payment up front. The women who required a lump sum payment often used the term “adoption” to clarify their relationship with the child. While this seems suspicious today, these arrangements were seen as normal in the late 19th century, especially because adoption was not yet regulated. 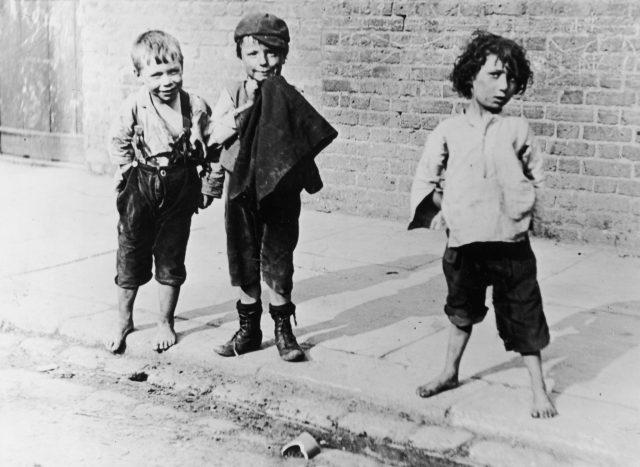 Some nurses who cared for children did have good intentions and tried their best to take care of them. Other women, however, realized that they could make a serious profit through this business system.

At a time when it was difficult for women to make their own money, this was appealing. Women could maximize their profit by taking in more children and cutting down on costs. Baby farmers realized that they could make this business more profitable if the child they adopted died early, which in turn made room to house more children — a cycle that would bring in a constant supply of cash.

Ultimately, baby farming led to the unnecessary death of thousands of children and was one of the darkest chapters in modern history. Below are some of the most notorious “baby farmers” of all time.

Amelia Dyer was one of the most ruthless serial killers of the 19th century. In 1896, Dyer was hanged for the murder of just one child — although it is estimated she killed up to 400 young children.

Amelia Dyer was a widow who had trained as a nurse. In the late 1860s, she began advertising her services in local papers, often stating that she was a “married couple with no family” and was “willing to adopt a healthy child” for “£10.” 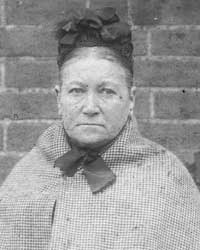 Although Dyer assured mothers that she would provide a loving, caring, home for these children, the reality was much different. The children who entered Dyer’s home often died within a couple of days of their arrival, either by starvation or by being drugged by an opiate-laced syrup known as “Mother’s Friend” to quiet the children. She eventually began strangling many of them for a faster turnaround rate.

In 1879, Dyer was arrested after a physician became suspicious about the number of babies dying in her care. She was charged with neglect and sentenced to six months of labor. 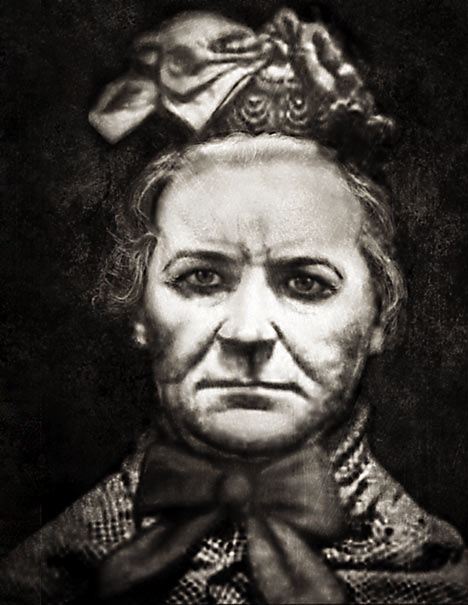 When Dyer returned home after her six-month sentence, she made some alterations to her practice. She relocated frequently to avoid any suspicion and began disposing of bodies herself. She was eventually caught after a child’s body was recovered from the Thames River.

The packaging she was found in bore the name “Mrs. Thomas” which was one of Dryer’s aliases. Amelia Dryer was hanged on June 10, 1896.

Margaret Waters, also known as the Brixton Baby Farmer was the first woman in England to be hanged for baby farming. She was tried with killing only one child, but it is estimated that she killed up to 19.

After the death of her husband in 1864, Margaret turned to baby farming to make ends meet. She advertised her services as sort of a middleman for mothers. She would “adopt” the child for £10 and then supposedly pass them on to a foster home. However, she found it easier to kill these children in her care and make a profit off of them. 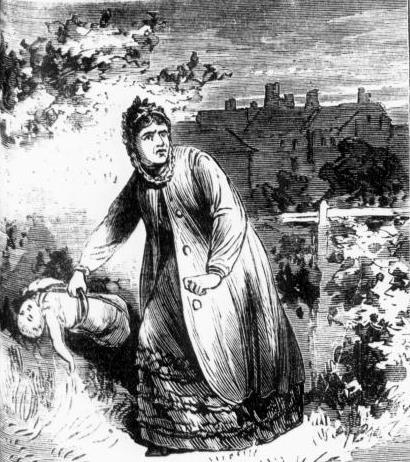 Margaret would drug these children with opiates to suppress their appetites, and they would eventually starve to death. Once dead, Margaret would put their corpses in a brown paper bag and dump them in the streets. Although this seems disrespectful (as it is), this was a common practice in the 19th century due to the high cost of burials.

In 1870, Margaret was hanged for the murder of John Walter Cowen, who was the illegitimate child of 17-year-old Janet Tassie Cowen. Margaret’s case led to the development of the Infant Life Protection Act of 1872, which required boarding homes with more than two children under one year of age to be inspected and registered with the authorities.

Amelia Sach and Annie Walters became known as the Finchley baby farmers at the start of the 20th century. They worked together to develop the guise of an adoption service t0 cover their tracks.

Amelia Sach operated a “lying-in” home in East Finchley. The clients who came to this lying-in home seemed to be women primarily of the lower class, who had become pregnant and wanted the matter taken care of discreetly. Sach charged these women for the lying-in, adoption, and a “present” to future parents. In reality, Sach pocketed this money. 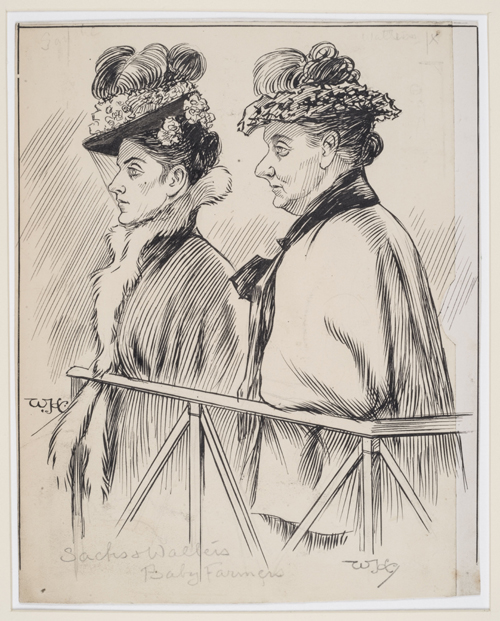 After the child was born, Annie Walters would collect the baby and kill it with chlorodyne — a type of medicine containing morphine. The remains of these children were then dumped in the River Thames. They were caught after their landlord became suspicious of what they were doing. They were both convicted of murder and hung in 1903. It is estimated that they killed over a dozen children.

The case of William and Lila Young is unfortunately a more recent case than the other individuals on this list. Together, they opened the Ideal Maternity Home in 1928 which operated until 1947.

It was here that the Youngs would traffic newborn babies and sell them to families hoping to adopt. However, babies who did not meet a certain standard were excluded from these “sales” and often died under mysterious circumstances.

The Ideal Maternity Home specialized in maternity services for unwed mothers on the Nova Scotian coast. It advertised itself as a compassionate refuge for both mothers and babies.

However, the story takes an even darker turn when it becomes apparent that only attractive, healthy-looking white babies were put up for adoption. The babies who did not meet this standard were excluded from this public display and also frequently died under strange circumstances. These babies were often left to die and then either buried in the woods behind the home or dumped in the Atlantic Ocean. 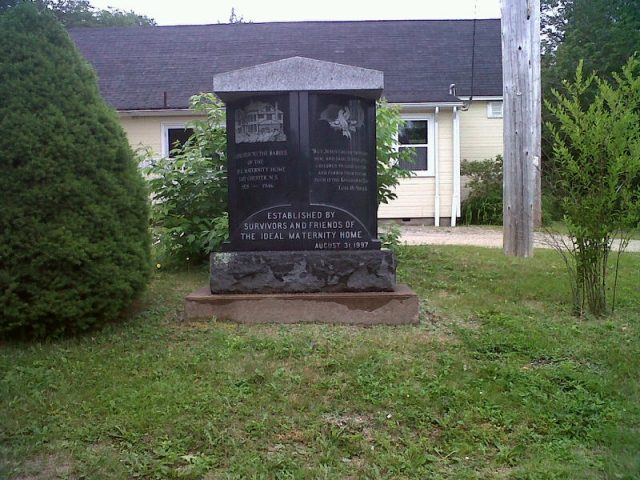 In 1946, the Youngs were convicted of illegally selling babies to four American couples, although babies continued to be born at the Ideal Maternity Home until early 1947. Before the end of that year, the home was closed and the Youngs — who at this point were bankrupt and debt-ridden — sold their home and moved to Quebec. Both William and Lila have since passed away from cancer.

Although the practice of baby farming is a tragic mark on history, it brought attention to the injustices happening to innocent children and helped solidify legal adoption and rights for children in the 19th and 20th centuries.

« Vintage Toys That Would Never Be Made Today
Fruitlands: The Failed Utopia Of Louisa May Alcott’s Youth »