The Surprising And Controversial Origin Stories Behind Some Common Favorite Foods

For many people, food represents the ultimate comfort zone. In fact, we feel so cozy with our favorite meals and snacks that we don’t think too much about their origins.

Canadian bacon is Canadian, right? And it doesn’t get more British than fish and chips, does it? Well, we’re taking a bite out of those classic food theories.

Try not to get indigestion, as we take you through some worldwide eats with surprising – and sometimes controversial – backstories. 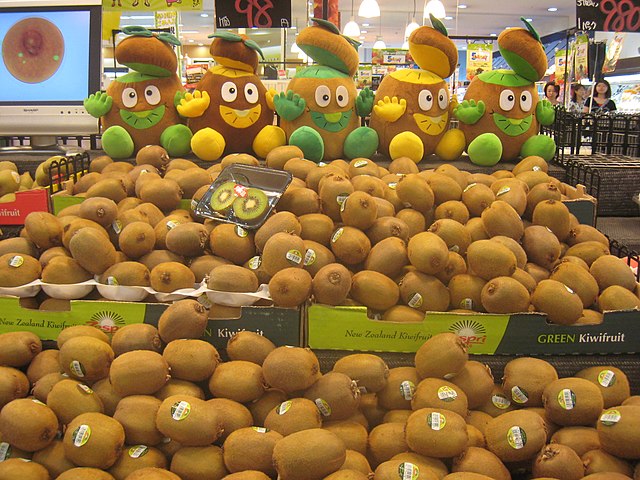 Kiwi fruit is associated with New Zealand. However, it was brought there from… China.

College principal Mary Isabel Fraser returned to her home Down Under with seeds after visiting China in 1904. As the years passed, this exotic fruit and its refreshing taste caught on.

At first, the kiwi fruit was known as a “Chinese gooseberry.” That all changed when the island country wanted to export to 1950s America. As the website New Zealand History puts it, “This was the height of the Cold War and the term Chinese gooseberry was a marketing nightmare for Turners and Growers.”

Turners and Growers were the company who came up with “kiwi fruit” in 1959. The name was coined by Jack Turner. With potential red scares averted, consumers could open a can and dig in. 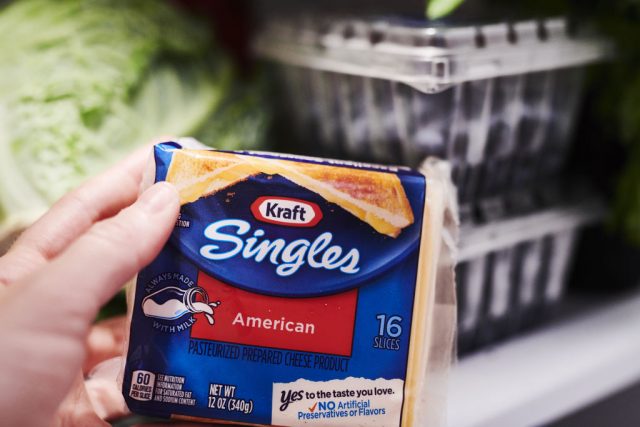 No one does processed food like the USA. American cheese is one of the crowning glories of a Stateside diet. Flop it onto a burger and watch that baby melt!

But how truly American is this artery-clogging staple? The business of actually making it can be traced back to snowy Switzerland.

An article for Serious Eats mentions that the humble cheese slice was created “in an effort to reduce cheese waste; scraps from various batches of cheese could be melted together and formed into a new, delicious product.”

Enter US food giant Kraft, or rather James Kraft. He reportedly took processed cheese to the next level in 1916. So, American cheese is pretty much American, but started off pretty far away. (And it’s worth pointing out that Kraft was born in Canada.) 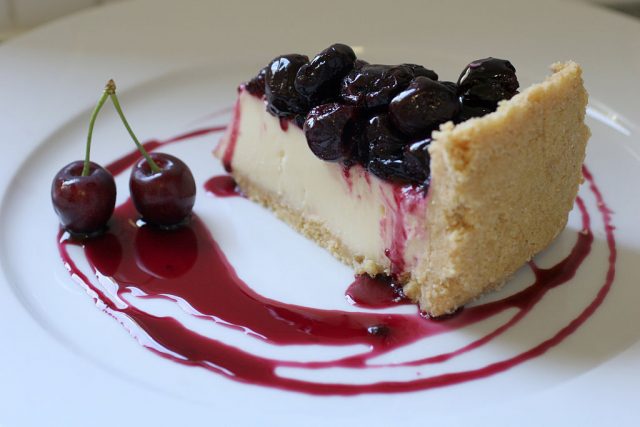 Cheesecake is linked to The Big Apple, New York City (and The Golden Girls). Sounds like a delicious combination, with one problem… it doesn’t come from there.

As mentioned by Cheesecake.com, the first known recipe was written by Athenaeus in 230 AD. Yes, the dessert is an ancient treat and probably hails from Greece. In fact, it’s so ancient that no one quite knows when it started.

Before bananas and power bars, it was apparently a driving force behind sports. Cheesecake.com writes that the stuff was thought “to be a good source of energy, and there is evidence that it was served to athletes during the first Olympic games in 776 B.C”.

Now that’s one diet regime we can get on board with! 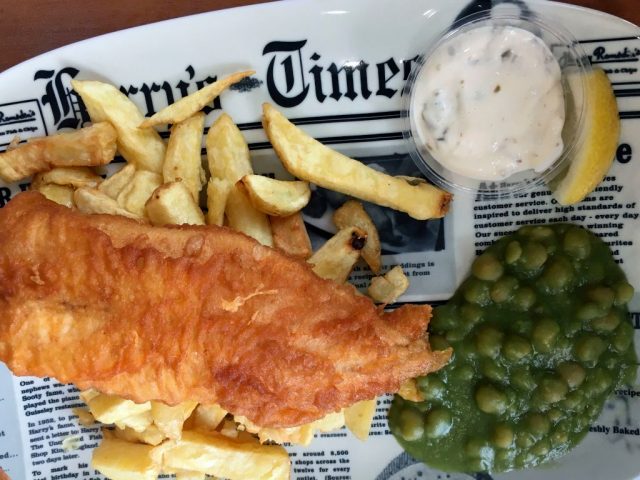 Just as Americans love their burger and fries, so Brits make regular dinnertime appointments with fish and chips. Battered fish and chunky fingers of potato, sometimes served with mushy peas, pickles. or whatever tickles your fancy. However you do it, this dish is here to stay.

But where exactly is “here”? It’s sometimes said that Britain won the war on fish and chips. Does this mean the enduring takeaway treat belongs to the UK?

Yes and no. Let’s start with chips. They are a 17th-century European invention, first fried in France and Belgium (the exact location is up for debate). As for how the deal came together, one idea marries the fish and the chip perfectly. The BBC writes that when “rivers froze over and nothing could be caught, resourceful housewives began cutting potatoes into fishy shapes and frying them as an alternative.”

How did chips go from fish-shaped to a fish accompaniment? That story began in Portugal and Spain. The tradition of fried fish landed in Britain via Jewish refugees, arriving from those parts.

Now when it comes to “traditional” fish and chips, the English can almost certainly take credit for putting them on the same plate. Just don’t ask whether it happened in the north or south. You may wind up with mushy peas in your face. 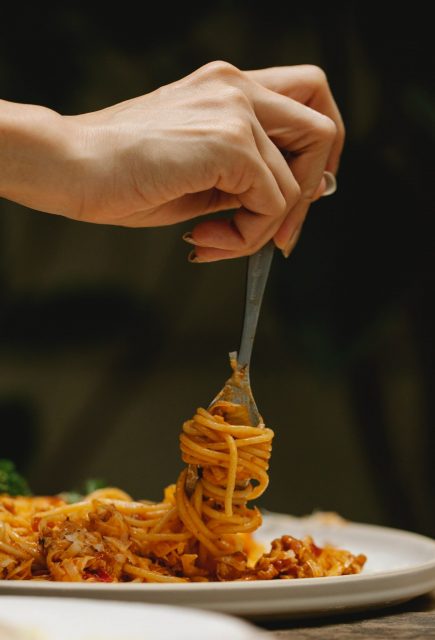 Is any food more closely tied to a country than pasta to Italy? Spaghetti, cannelloni, penne… these names roll off the tongue, whether you’re speaking Italian or not.

For some, however, pasta can be traced back to China. Mamma mia! The famous historical figure Marco Polo is said to have introduced noodles to Italy during the 13th century. The Italians were impressed and so pasta was born.

Right? Hmm, probably not. Experts highlight the crude visual connection made between foodstuffs. To them, long noodles didn’t result in strands of spaghetti. Pasta can definitely be found in Italy’s ancient cookbooks.

Interestingly, food historian Giorgio Franchetti – quoted by Today – connects pasta to the Greeks. They “first mentioned the existence of laganon” between 1000 – 800 BC. This was “a flat pasta sheet sliced into irregular strips that was later adopted by the ancient Romans”. Laganon, or laganae, was reportedly added to soups. 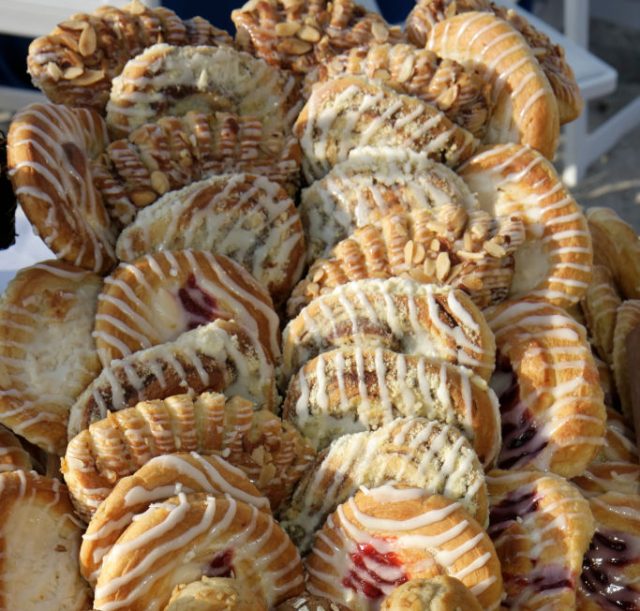 These pastries sure are delicious, but is a “Danish” actually Danish?

The idea came together in Denmark. Only it was Austrians who introduced it, thanks to disgruntled Danish bakers.

In 1850 the country’s bread makers were feeling on the crusty side. A strike was called, which threatened to impact the baking industry’s dough, so to speak. The solution? Call Vienna!

So, with Austrian strike breakers bringing their own flavor to the table, it’s safe to say the Danish pastry isn’t what it seems. Danes loved the Austrians’ way of doing things and embraced the flaky foodstuff.

Not that those back-at-work Danish bakers maintained the new continuity. The Culture Trip notes they tweaked the recipe, “increasing the amount of fat and adding extra eggs in order to ensure it lived up to the Danes’ standard.” Controversial but scrummy. 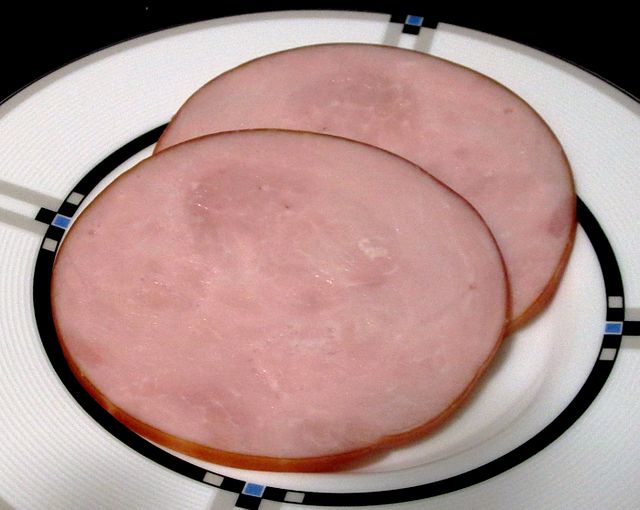 If you think Canadian bacon became a thing in Canada, then… you’re probably not from Canada.

Historically, bacon has been imported from there – various sources note that this may explain the connection. However, they don’t have the monopoly on this tasty meat treat.

Kitchn refers to its UK identity as Irish or English back bacon, while comparing it to that US staple, streaky bacon. They spoke to Bacon: A Love Story author Heather Lauer who states that this “variation on ‘bacon’ is actually more common in many other countries.”

More from us: Weird Food Eaten by British Royals you Wouldn’t Find on any Plate Today

In their food-fueled round-up, BuzzFeed notes that “Canadian” bacon was first consumed in the United Kingdom.

We apologize if you’re feeling hungry through our repeated use of the word “bacon.”