‘Citizen Kane’ May Be A Classic Movie, But It Got Orson Welles in Hot Water with The FBI

People wound up on a blacklist, unable to earn money from their creative work. And the bigger you were, the further you had to fall. Take Orson Welles for example. This titan of Tinseltown was in McCarthy’s sights, thanks to the picture that made his name: Citizen Kane.

Why did the FBI keep tabs on Orson Welles? 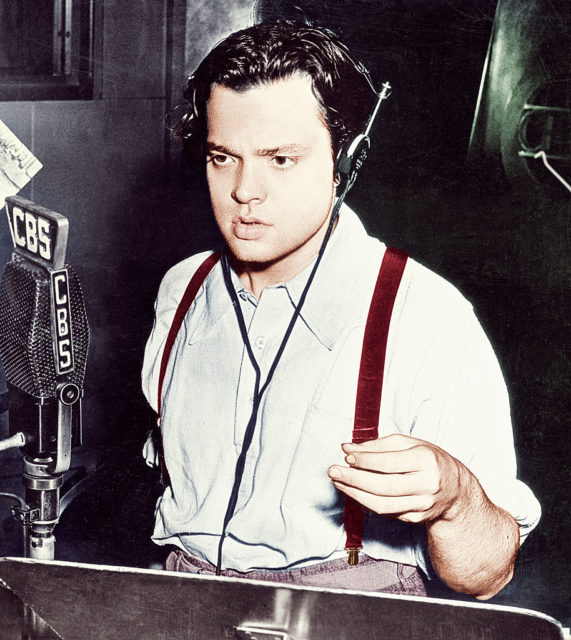 As an outspoken and attention-grabbing figure, Welles got noticed by authorities pretty quick it seems. History refers to the “progressive political stances” that clearly weren’t the views of a meek conformist.

When he arrived in Hollywood and blazed a trail by making Citizen Kane at the tender age of 25, it was an immense cinematic achievement. However, the content of the iconic movie set alarm bells ringing at the Bureau.

Summarized by Biography, the title character Charles Foster Kane “starts out as an idealistic social servant and grows into a power-hungry manipulative capitalist.” This did Welles no favors with Hoover’s G-Men, who filed paperwork on the acclaimed auteur. The reviews in this case weren’t positive.

Commenting on powerful people can get you in trouble 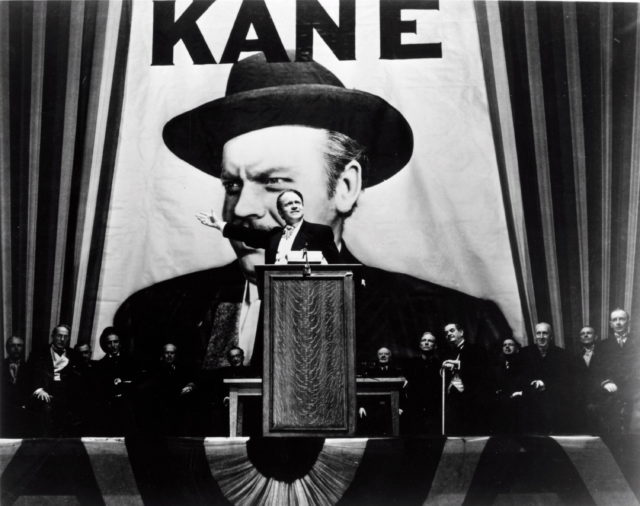 Kane is widely regarded as a commentary on media mogul William Randolph Hearst. When you rattle such a powerful individual, they rattle you back. Welles played down a full-blown connection to Hearst’s life but his card was reportedly marked.

Quoting FBI documents, History posts that Citizen Kane was “nothing more than an extension of the Communist Party’s campaign to smear one of its most effective and consistent opponents.”

Orson Welles was put on what can only be described as a snatch list. Should the rumored Red Menace engulf the nation, he would need to watch his back or be placed behind bars. He’d already panicked the USA in 1938 with an (inadvertently) incendiary radio production of “War of the Worlds.” Several years on, he skated on thin ice. And his boots were made of concrete.

The impact on his career 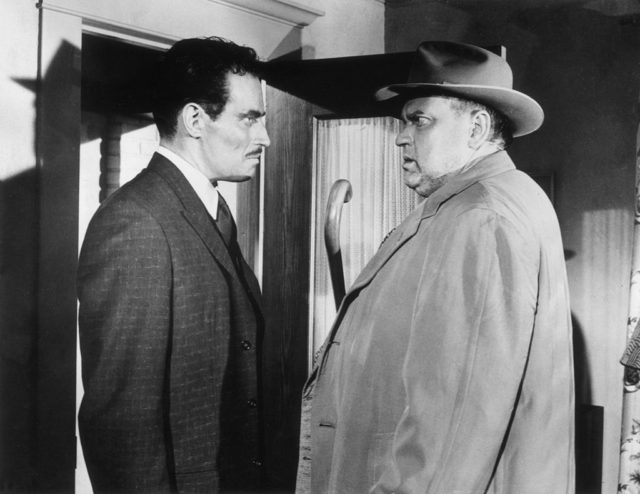 1958: American actor Charlton Heston and American actor and film director Orson Welles speak to each other in a scene from Welles’s film, ‘A Touch of Evil’. (Photo Credit: Universal Pictures/Getty Images)

As the Bureau was gearing up to potentially apprehend Welles, Hearst’s empire worked behind the scenes to ruin the star’s reputation. Welles revealed that he nearly got caught in a frame up job which made it look as if he was seeing an underage girl. A police officer tipped him off and he avoided disgrace.

Welles ultimately didn’t get arrested and continued his career as a pioneering filmmaker and performer. History notes he moved to Europe for the best part of a decade before returning to critique the witch hunt in another classic, Touch of Evil (1958). 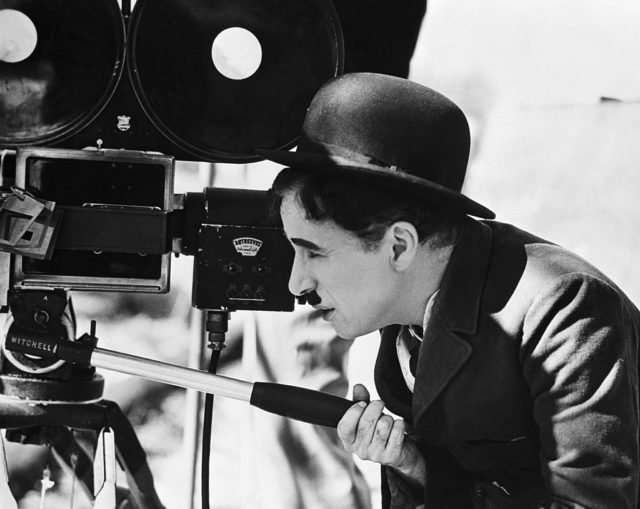 Actor Charlie Chaplin looks though a movie camera on April 22, 1935. He is directing, as well as acting in, a comedy tentatively titled Production No. 5. (Photo Credit: Bettmann / Contributor)

Charlie Chaplin had no issue poking fun at the establishment, though he too was targeted by Hoover. The FBI Director knew he had sufficient dirt on the left-leaning Chaplin to get him deported. The “Little Tramp” also moved to another continent to escape the consequences.

Dalton Trumbo was another notable person of interest, this time a screenwriter behind the camera. His story was told in the 2015 movie Trumbo, starring Bryan Cranston.

Some creatives went overseas to work. Joseph Losey found great success in the UK, as noted by The New Yorker in their coverage of the 2014 documentary Red Hollywood.

Household names like Lena Horne, Leonard Bernstein and Dorothy Parker also found themselves in the spotlight for their reported beliefs. 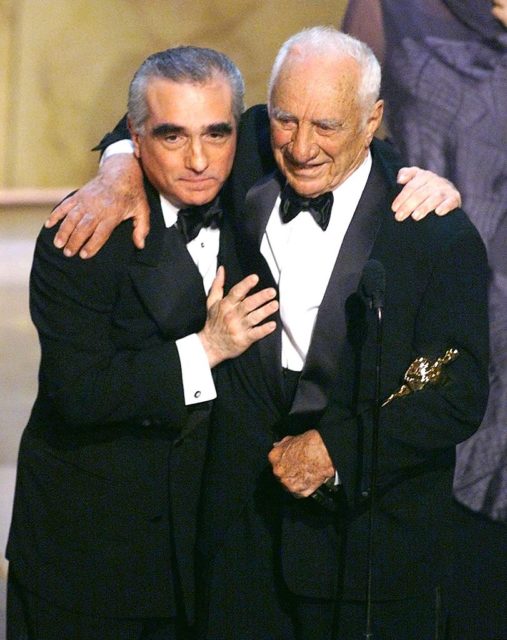 In the 21st century, the McCarthy hearings are probably most associated with Arthur Miller’s play The Crucible. His characters’ hysterical accusations had their roots in Cold War America.

More from us: Orson Welles Took a Ferry to Hong Kong but His Nose Went AWOL

The bad feeling from those times still echoed at the end of the century. When director Elia Kazan (A Streetcar Named Desire) received an Honorary Oscar, the reaction from some high-profile audience members was on the stony side. Kazan famously named names.