Charlie Chaplin’s Body Was Stolen and Held for Ransom

Charlie Chaplin had ‘em rolling in the aisles. However, his death was far from a laughing matter. You could say he turned in his grave. Or rather, someone else turned him.

A final resting place in Switzerland proved less than tranquil. Find out what happened when Chaplin’s body was stolen and held for ransom…

Chaplin lived in Switzerland during the last decades of his life. The US government objected to his left-leaning politics and sordid private life, so he’d settled far away. The iconic star passed away on Christmas in 1977, aged 88. 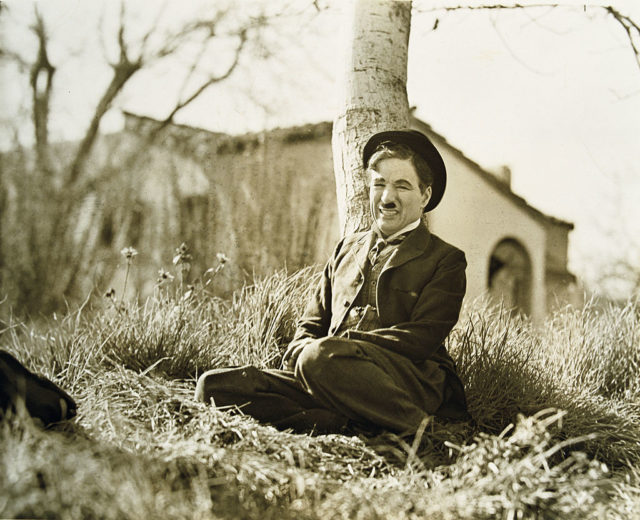 His family laid him to rest near Lake Geneva, specifically the village of Corsier-sur-Vevey. Burials and Beyond writes that actor James Mason also went on to be buried there.

A couple of months later, however, the Little Tramp’s body was gone. Spirited away to who knows where. Yet Chaplin’s widow wasn’t in the dark for long. She received a call from the mysterious “Mr. Rochat,” asking for the princely sum of approximately $600,000.

What did Oona Chaplin do? If the robbers hoped for a quick payday they were about to get a shock. History writes she “had refused to pay the ransom, saying that her husband would have thought the demand ‘ridiculous.’”

The whole deal was shaping up to be a disaster for the criminals. And there was worse to come. As they tried to manage this unruly situation, the net closed in on them. 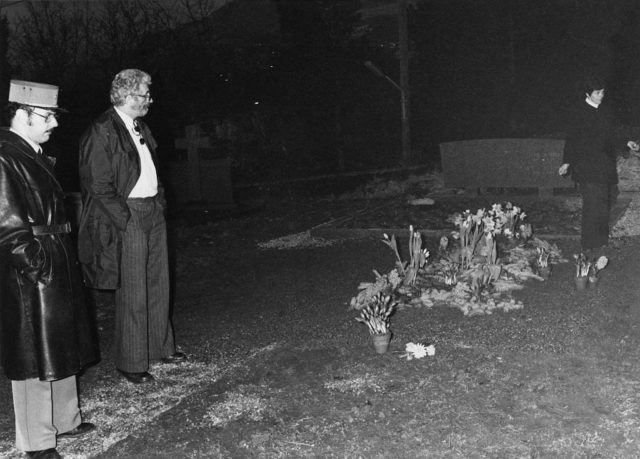 Police at the desecrated grave of English film actor and director Charlie Chaplin (1889 – 1977) in the cemetery at Corsier-sur-Vevey, Switzerland, March 1978. Chaplin’s body was disinterred and stolen on 1st March in an attempt by Roman Wardas and Gantcho Ganev to extort money from Oona Chaplin. (Photo Credit: Central Press/Hulton Archive/Getty Images)

Swiss authorities tapped Oona’s phone, according to Smithsonian Magazine. For good measure, they had “every one of the area’s 200 phone booths monitored by detectives.”

It took a few weeks but finally, the body snatchers were bagged. Their names were Roman Wardas and Gantscho Ganev. As reported by The Guardian at the time, Wardas was a 24-year-old refugee from Poland. Ganev was 38 years old from Bulgaria.

Both worked as mechanics, with Wardas driving the scheme forward. The idea reportedly came from a story Wardas saw in an Italian paper.

As described by The Independent, police “set up a fake ransom involving a policeman dressed up as the chauffeur.” 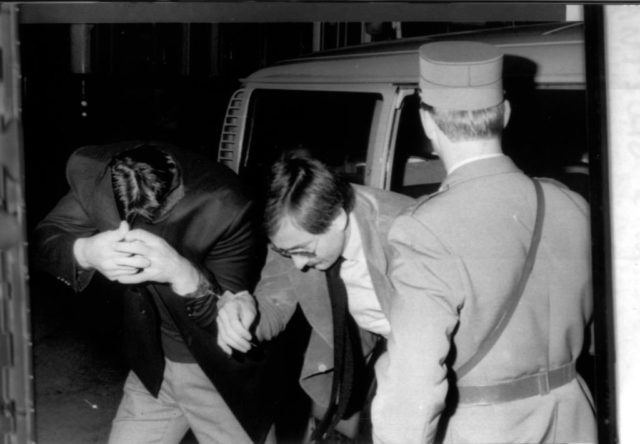 They’d hoped to make a fortune from the audacious Tramp grab. Instead, they landed behind bars. Wardas faced over four years of hard labor, History notes. Ganev received an 18-month suspended sentence, as he was “believed to have limited responsibility.”

What happened to the body?

Charlie Chaplin’s corpse was located in a local cornfield. The pair had dug a new grave for safekeeping and transported the coffin from Corsier-sur-Vevey in Ganev’s vehicle. 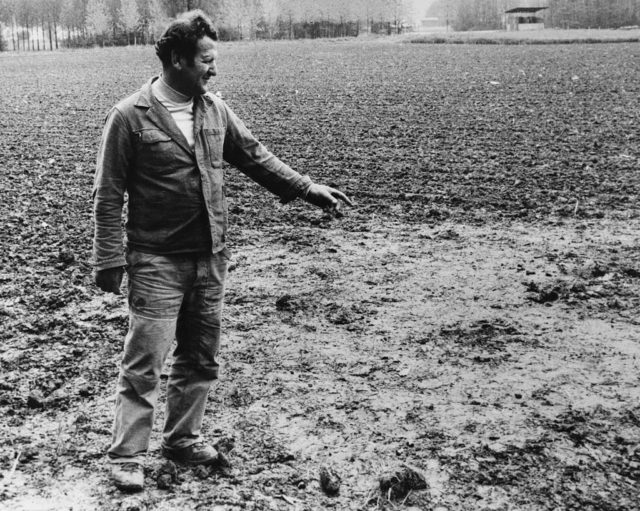 A man pointing to the spot where the coffin of English film actor and director Charlie Chaplin (1889 – 1977) was found in a field near the village of Noville, Switzerland, 19th May 1978. (Photo Credit: Central Press/Hulton Archive/Getty Images)

Wardas and Gantscho made headlines with a story that was part comedy, part tragedy. In a development Chaplin may have approved of, family lawyer Jean-Felix Paschoud asked for “Mr. Rochat” to stand up. Wardas rose and Paschoud said “Good morning,” getting a laugh in court.

Once Charlie Chaplin was back at home, the family surrounded him with a concrete tomb. Never again would someone desecrate the resting place of Charles Chaplin. Unless they had a chisel and a lot of patience.

In 2014 a movie called The Price of Fame dramatized the affair, using different names for the wrongdoers. Made with the family’s blessing, it starred Benoit Poelvoorde and Roschdy Zem.

Quoted by The Guardian in 1978, Wardas said he “did not feel particularly squeamish about interfering with a coffin.” Ganev explained that he wasn’t perturbed about grave robbing. “Death is not so important where I come from,” he said, though was surprised at the response to the crime. 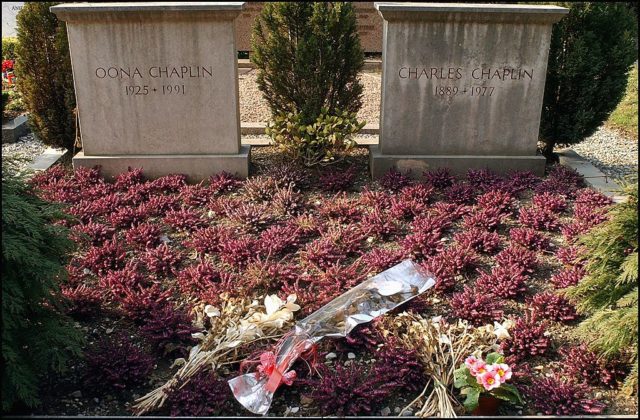 Charlie Chaplin’s Manor: A Last Private Visit Before It Becomes A Museum. On March 25, 2003 In Switzerland. The Cemetery Of Corsier Sur Vevey. The Tombs Of Charlie Chaplin (1977) And Oona Chaplin (1991). (Photo Credit: Francis DEMANGE/Gamma-Rapho via Getty Images)

More from us: Charlie Chaplin’s first stage appearance at the age of 5 was sadly his mother’s last

Oona Chaplin reportedly forgave the thieves after reading their remorseful letters. She passed away in 1991 and is buried alongside her husband. A plaque was put up by the owner of the cornfield.