What Makes These Classic Movie Endings So Great?

Creating satisfying movie endings can be tricky, but a select few filmmakers have mastered the art of wrapping up a story. Here are nine of the best movie endings in Hollywood history. Note: there are spoilers ahead, so proceed at your own risk. 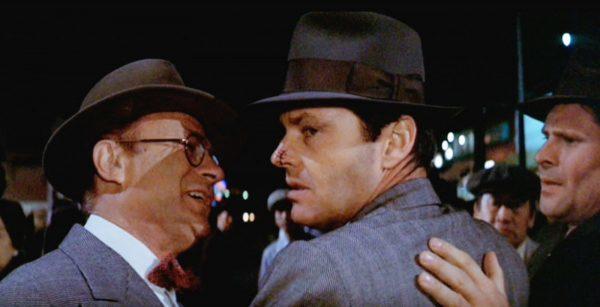 Spoiler: Faye Dunaway’s Evelyn Mulwray harbors a dark secret – she had a child with powerful villain Noah Cross (John Huston)… her own father! This leads to the film’s shocking conclusion, where Evelyn is killed trying to escape the police. A devastated Gittes then hears the immortal line: “Forget it Jake, it’s Chinatown.”

Why it’s great: Chinatown’s resolution is grim, yet also open-ended with the specter of institutionalized corruption and Gittes’ future hanging over the audience. Nicholson brought his classic character back for The Two Jakes (1990), though this received a mixed reception and lost money at the box office.

So many elements from Michael Curtiz’s Casablanca stick in people’s minds, from the chemistry between leads Humphrey Bogart and Ingrid Bergman, to the iconic performance of “As Time Goes By,” performed by Dooley Wilson. 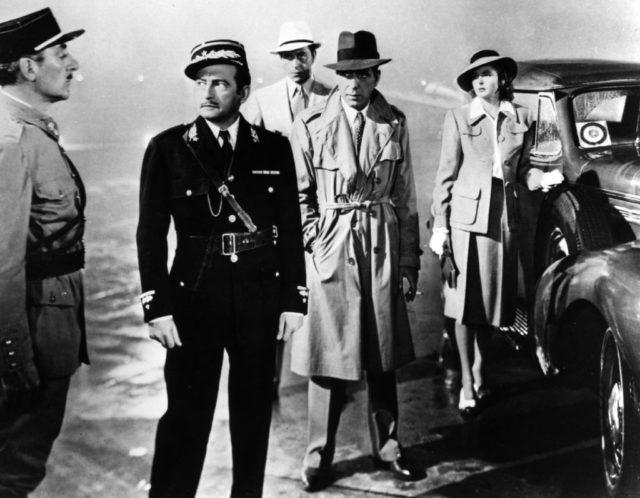 Spoiler: Though everyone wants Rick (Bogart) and Ilsa (Bergman) to rekindle their romance, the turbulent setting of World War II means they don’t stand a chance. Rick sees Ilsa off on a plane and there are quotable lines aplenty: “We’ll always have Paris” being just one.

Why it’s great: While Ilsa may be gone, Rick at least has company in the shape of Captain Renault, played by Claude Rains. “I think this is the beginning of a beautiful friendship,” Bogart quips, and he’s probably right. This sliver of hope takes the edge off the heartbreak. Attempts were made to create Casablanca Part 2, to no avail. Which may be just as well, as the making of the original was famously chaotic.

Directed by Mike Nichols, The Graduate captures a lot of what audiences love about the sixties. The soundtrack alone, by Simon & Garfunkel among others, is deeply evocative for many viewers. From the eye-opening story of cross-generational seduction to Dustin Hoffman in his breakthrough role, this comedy-drama stands the test of time. 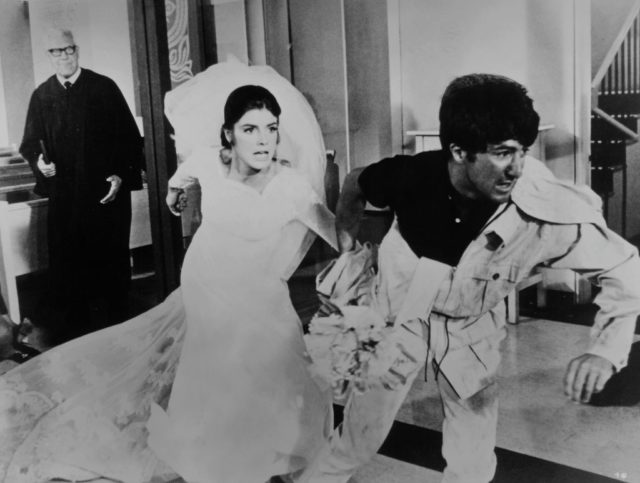 Spoiler: At the end of The Graduate, Benjamin (Hoffman) escapes the shadow of Mrs. Robinson (Anne Bancroft), famously interrupting Elaine (Katharine Ross)’s wedding to run off with her.

Why it’s great: As “The Sound of Silence” plays, the pair look happy. But it’s clear as the shot lingers that this young couple may be out of their depth. The conclusion is triumphant, yet also leaves the characters dangling. The ending is so perfect, it could only be continued via a joke – The Graduate Part 2 is pitched during Robert Altman’s Hollywood satire The Player (1992).

The Godfather is considered to be director Francis Ford Coppola’s greatest big screen achievement. 2022 marks the classic’s 50th anniversary. Based on the novel by Mario Puzo, it became a template for gangster movies for decades to come. 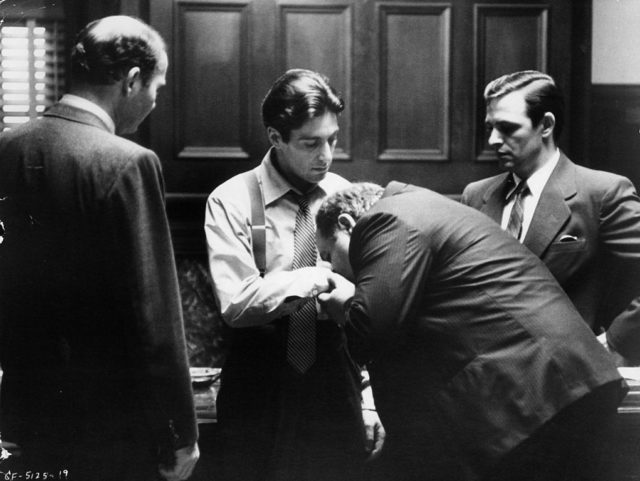 Al Pacino stands as Richard S Castellano kisses his hand in a scene from the film ‘The Godfather’, 1972. (Photo Credit: Paramount/Getty Images)

Spoiler: The movie ends with young Michael Corleone (Al Pacino) becoming the Godfather, to the quiet horror of his partner Kay (Diane Keaton). In a much-spoofed sequence, the door is literally closed on her as he attends to business, locking him in and keeping her out.

Why it’s great: Memorable imagery aside, The Godfather’s final scene shows the all-encompassing power of organized crime and its deep connection to blood and the family.

It could have ended there but Puzo and Coppola picked up the threads for Part II (1974), regarded as one of the best film sequels of all time. Chickens came home to roost for Michael in Part III (1990), though some think the filmmakers cooked their own goose instead. Either way, the end of the first chapter sets a legacy in motion.

Technically ground-breaking and thematically epic, Stanley Kubrick’s Space Odyssey was another perfect fusion of director and author. The mind of sci-fi titan Arthur C. Clarke met that of cinema’s genius for a truly cosmic journey through the mysteries of the universe. 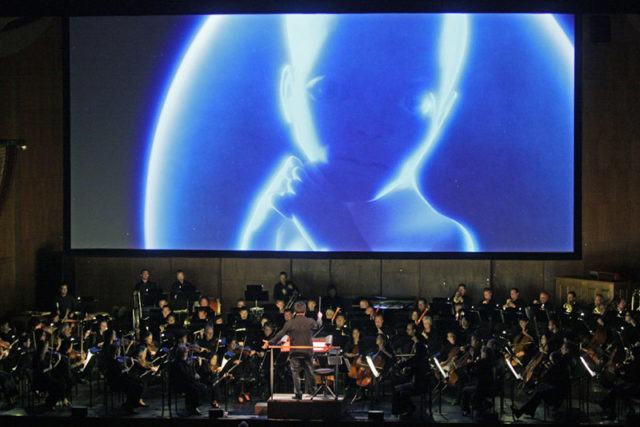 Spoiler: We can spoil the ending of 2001 for you but that’s fine because it’s pretty obscure anyway. After traveling through a tunnel of light, Dave Bowman (Keir Dullea) finds himself in a strange white room before the recurring image of a monolith leads to him being born again as the Star Child.

Why it’s great: It may have people scratching their heads like the ape-men at the start of the movie. However, the sheer visual spectacle makes a dazzling impression, reaching heights that logical storytelling arguably can’t reach. A 1984 follow up, based on 2010: Odyssey Two, did a respectable job continuing the narrative.

Hannibal Lecter has appeared onscreen before (played by Succession’s Brian Cox in 1986’s Manhunter). But it was Anthony Hopkins who put him on the map in director Jonathan Demme’s Oscar-winning psychological horror smash. The Silence of the Lambs gave Hopkins’ career a second wind and was also a key role for Jodie Foster (Clarice Starling). 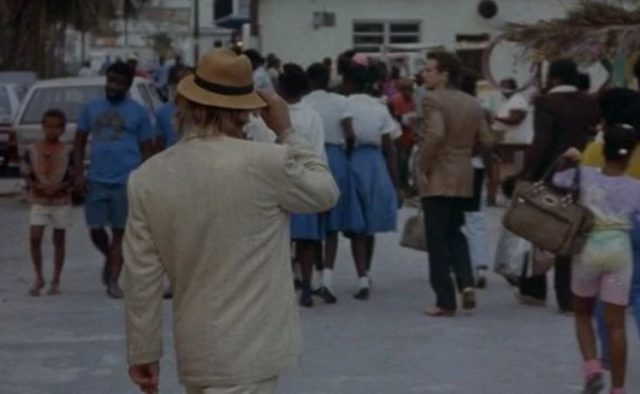 Hannibal Lecter disappears into a crowd in ‘The Silence of the Lambs’ (Photo Credit: Metro-Goldwyn-Mayer)

Spoiler: Dr. Lecter calls Starling from the Bahamas where he’s living incognito following his gory escape from confinement. This parting shot to the young FBI agent ends with the notorious gag: “I’m having an old friend for dinner.” Lecter is preparing to attack the unfortunate Dr. Chilton (Anthony Heald).

Why it’s great: The levity puts the capper on what is a very disturbing tale. Horror has always been tempered with humor in the movies and this is a classic example.

Hopkins came back to the role a couple of times with less impact – the ending of The Silence of the Lambs leaves more to the imagination, and is a good jumping-off point for audiences who don’t have the stomach for further helpings.

Francis Ford Coppola’s second entry on our rundown is an understated and intense thriller about Gene Hackman’s eagle-eared surveillance expert Harry Caul. A sound-based assignment results in Caul getting caught up in crime at the highest levels of society. 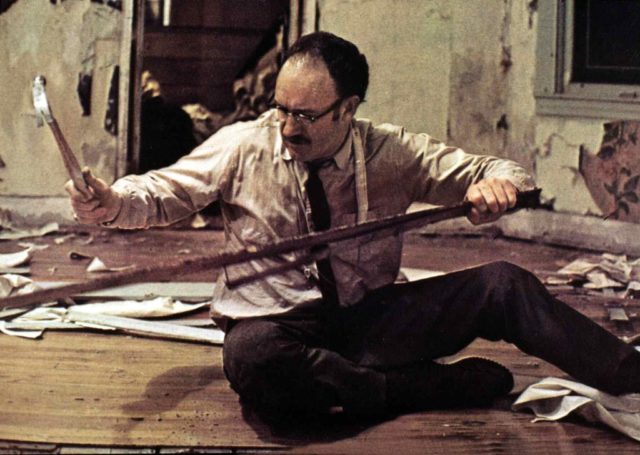 Gene Hackman as Harry Caul, who works as a wiretapping specialist and industrial spy for anyone who pays him the right price., 1974.  (Photo Credit: FilmPublicityArchive/United Archives via Getty Images)

Spoiler: Shattered by murderous revelations, Caul retreats to his apartment. Realizing that he’s now the one being observed, he dismantles his living space in a fruitless attempt to find a listening device.

Why it’s great: Harry Caul quite literally tears his world to pieces in this harrowing climax. Having walked unexpectedly into a trap, he’s effectively a marked man. Writer Coppola shows him playing his saxophone, filling the wreck of a room with music to escape his stark reality.

Harrison Ford’s longest-running character needs no introduction. It was clear as a crystal skull from the outset that Indiana Jones would have many adventures. Yet that doesn’t stop director Steven Spielberg from delivering an eerie and thrilling end to Indy’s debut film, Raiders of the Lost Ark. 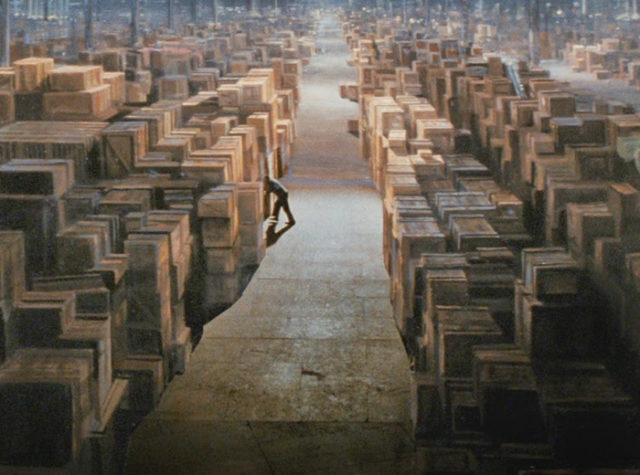 Spoiler: Dr. Jones has avoided the wrath of the Ark with its terrifying supernatural forces. This clearly isn’t a box to be messed with, however, the US government takes possession of the artifact. The movie closes with an unnamed employee taking the Ark to its new home in a vast warehouse of crates.

Why it’s great: Spielberg’s decision to end on a sinister and foreboding note is a masterclass in leaving the audience wanting more. Indy went back there for the opening of movie no.4, this time to basically smash up the place! That said, you can’t beat Raiders‘ startling final shot.

Star Wars Episode IV was a hit, but it would take the next chapter to cement George Lucas’s saga as a seriously meaty space opera. The conclusion in particular caused a stir among moviegoers, Jedi and regular kid alike. 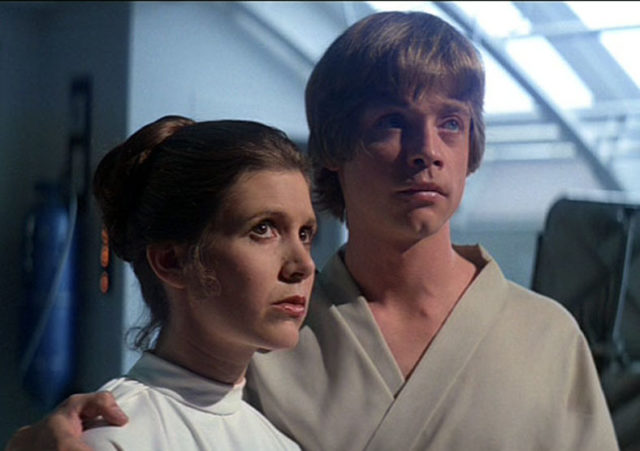 Spoiler: Luke Skywalker famously discovers that his father has a breathing problem. Meanwhile, Han Solo is frozen solid and the evil Empire has the upper hand. Fans were salivating worse than a Rancor in a shopping mall for Episode VI, Return of the Jedi. Though the Skywalker secret wasn’t watertight, with actor David Prowse (Vader) reportedly spilling the means way in advance during a 1978 event. Thankfully this was in the days before the internet.

More from us: ‘Citizen Kane’ May Be A Classic Movie, But It Got Orson Welles in Hot Water with The FBI

Why it’s great: Director Irvin Kershner and co replaced the fairy tale ending of before with a devastating cliffhanger. The Empire Strikes Back is generally regarded as the most adult of the series, delivering a powerful narrative punch to both children and grown-ups.

« ‘Citizen Kane’ May Be A Classic Movie, But It Got Orson Welles in Hot Water with The FBI
Helena Bonham Carter Talked With Princess Margaret’s Spirit Before Filming ‘The Crown’ »