Stanley Kubrick disliked his debut movie so much he tried to destroy it! Kubrick was one of the world’s greatest filmmakers. But he didn’t always get it right – at least, according to the famed perfectionist himself.

1953’s Fear and Desire is a drama inspired by the Korean War. Written by Kubrick’s friend and future Pulitzer Prize winner Howard Sackler, the story focused on a fictional conflict. Typical for a low budget feature, the cast of characters was small. 5 actors in total took part, playing 4 soldiers trapped behind enemy lines following a plane crash and the foreign girl they encounter. David Allen played the unseen Narrator.

The movie is titled Fear and Desire but that happened later. Its working titles were The Trap and The Shape of Fear. Kubrick was just 24 when he ventured into the San Gabriel Mountains, California to shoot the picture. The young photographer turned budding auteur had made some shorts, but twigged that full length movies were probably better for his bank balance. 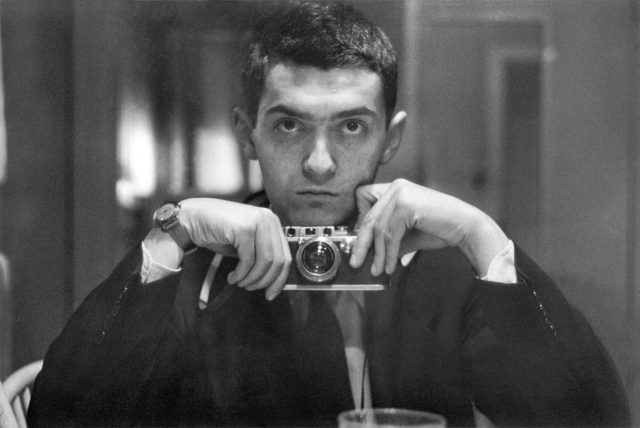 He’d planned out what everything was going to cost (said to be $53,000 max), asking rich uncle Martin Perveler to invest in the project. The rest reportedly came from Kubrick’s work on an Abe Lincoln documentary. A baby carriage was used instead of a dolly track. Plus, Fear and Desire was filmed silently – the sounded added after for budgetary reasons.

“To those who worked on the film—which was basically the cast and three Mexican laborers hired to carry the film equipment—the assured rookie director took on an outsized role in every facet” writes Mental Floss. 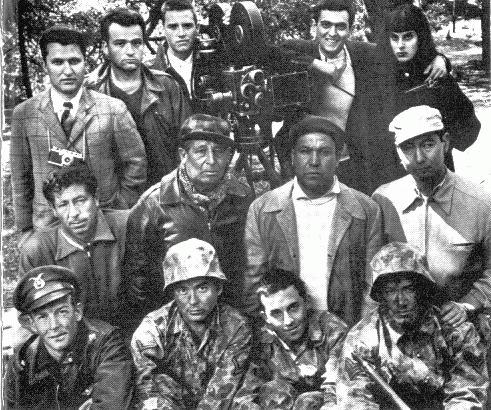 The crew and the cast (except for Virginia Leith, who is probably the photographer) of the film “Fear and Desire”

They also quote one of the stars of the movie, Paul Mazursky. Production may have been rough ‘n ready, but he had full confidence in the new helmer’s abilities. “No matter what the problem, Kubrick always seemed to have an answer” said Mazursky, writing in his memoirs. “To me there was never a question that Stanley was already master of his universe.” Mazursky later became a respected director.

With everything in the can, Kubrick turned to art house distributor Joseph Burstyn. Not that the marketing was subtle. Whatever profound notions Kubrick and writer Sackler had about the end product were shattered by poster quote “The wolves are breathless about Virginia Leith”! Her character is described as “A STRANGE HALF ANIMAL GIRL”. In one case the film was put on a double feature with something called The Male Brute – “you’ve probably never heard of The Male Brute,” writes the RJ Buffalo (Ranjit Sandhu) website, “and that’s because that’s the reissue retitling of Savage Triangle, an English-subtitled version of Le garçon sauvage.” The double bill poster refers to “The Story of a French Prostitute and The Male Brute”. 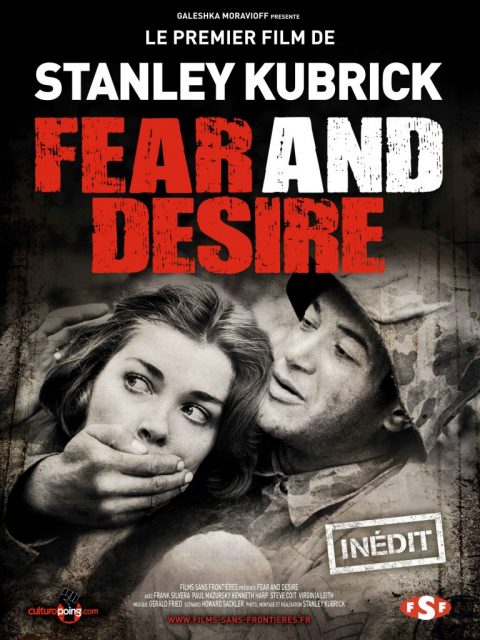 So Fear and Desire was promoted in a salacious manner. However, the site ponders what appeared to be an unusual move from Burstyn: “This was a hopelessly unintelligent advertising campaign guaranteed to lose dough. This was entirely out of character for Burstyn, and that’s why I’m so puzzled.” Maybe Kubrick thought the same.

After a limited release in the Big Apple, the movie faded into obscurity. Box office was a let down, though reviews were decent. “Mr. Kubrick’s professionalism as a photographer should be obvious to an amateur” wrote the New York Times in ‘53. “He has artistically caught glimpses of the grotesque attitudes of our ends, and the wolfishness of hungry men”.

As for the great director, he made his views crystal clear in 1966, during an interview with Jeremy Bernstein. Everyone got short shrift, including himself. He said the screenplay was “terrible, dull, undramatic” and he disliked a lot of the acting. “I totally failed to recognize what I didn’t know about making films or anything” Kubrick revealed. He acknowledged “there were a few good moments in it”. Yet the experience left him worrying over his future prospects: “it wasn’t apparent to me how I was going to earn a living or do anything”.

He did manage to get back on his feet pretty quickly, and became one of the most influential directors of all time. Just don’t mention Fear and Desire! The negativity persisted over the years. Kubrick even called it “A child’s drawing on a fridge” at one point.

When the film entered the public domain, a New York screening was arranged in 1994. Had Kubrick’s feelings over the picture mellowed? They most certainly hadn’t! He applied some pressure and the event got cancelled. It wasn’t the first time he’d stopped audiences seeing his movies – A Clockwork Orange (1971) didn’t see the light of day for many years, as the director was concerned about its violent content. In the case of Fear and Desire, he wrecked the original negative and pursued almost a seek and destroy policy with existing prints.

Kubrick passed away in 1999. In 2012 a print was discovered in Puerto Rico, adding to the one at the maestro’s estate and a poor quality bootleg. The latest find was restored and released to own. Fear and Desire is also available to watch for free online.

Looking back, does Kubrick’s debut stand up? “The acting is uneven but the photography is impressive, the soundtrack and editing inventive,” The Guardian wrote in 2013. It adds, “the picture throws a fascinating light on both America’s emerging independent cinema and on Kubrick’s future work, the key themes of which (eg the recurrence of doubles, the central idea of plans going tragically wrong through madness and human error) are to be found here.”

Everyone has to start somewhere, even Stanley Kubrick. He may have disapproved of his very first feature. But his legacy is so strong the world clearly needs to see it! Even a perfectionist of practically god-like powers can’t control that…