One woman regrets the day she refused an offer of a free Van Gogh painting now worth millions. If life comes down to a series of choices made or not made, paths taken or not, British pensioner Gaye Horrell is likely ruing the one she made and the path she took more than 50 years ago.

Back then, Horrell’s in-laws offered her a choice: take something from a big sale they were prepping for, but not the beat up painting among the many household goods on offer. That, they opined, would be a bad choice, and they counselled her not to make it. Take a brass hand bell instead of some filthy painting, they insisted; that would be the wise choice.

As a young bride, Horrell felt she couldn’t stand up to her mother and father in law, and so she acquiesced to their pressure and selected the hand bell. Of all the choices she made before and after that one, none have been quite as significant — and no doubt none sting quite so much — as the one she made that fateful day. The painting turned out to be “Peasant Woman In Front Of A Farmhouse,” by none other than Vincent Van Gogh. It just sold to an anonymous buyer at the European Fine Art Fair in Holland for 13 million pounds ($16.1 million).

Acknowledging she was “very naive” in a recent interview with The Daily Mail, Horrell said she felt at the time she had no other option but to accede to their suggestion. “My in-laws,” she explained in the interview, “… had bits and pieces, alongside the farm sale, and I was told to choose something for myself beforehand. I saw (the Van Gogh) and immediately liked it. The painting looked very old, very dirty and uncared for, but I still liked it. They persuaded me it was not worth having and not to bother with it.” Ultimately, Horrell settled upon the brass hand bell, at the time worth the princely sum of just one pound. 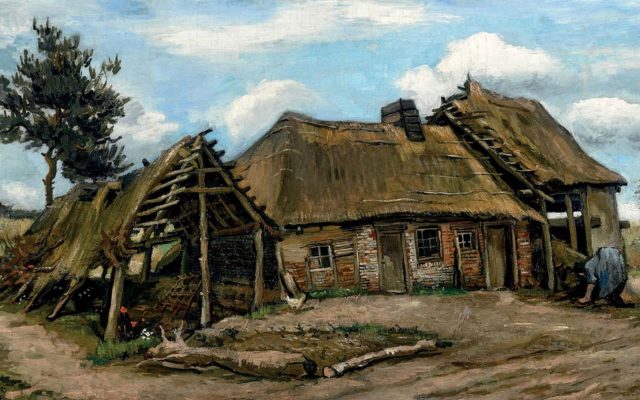 Peasant Woman in Front of a Farmhouse. The Van Gogh painting that could’ve made someone a millionaire.

In 1967, the painting found its way to a local auction house, which purchased it for only four pounds. Three years later, a man named Luigi Grasso spotted the masterpiece in a north London junk store and paid 45 pounds for it. He had apparently realized that the signature, ‘Vincent’, in the lower right hand corner, just might mean the painting was the genuine article and perhaps worth many times more than what he paid for it. 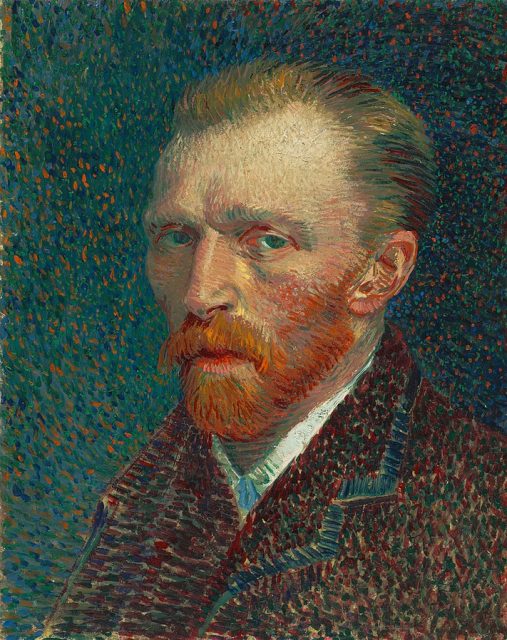 It next turned up in 1970, when a buyer put down 100,000 pounds for it. Finally, in 2001, it sold to an American collector for more than a million pounds — 1.5 million, in fact. The identity of the individual who just purchased it in Holland is unknown, but they shelled out the kind of money that Van Gogh works typically go for these days, many millions of dollars.

Art experts and historians suggest that “Peasant Woman In Front Of A Farmhouse” was likely painted when Van Gogh was 33 years old, only four years prior to his death. While some have suggested he sold the painting, others insist that Van Gogh sold only one painting in his entire lifetime. But that is impossible to confirm absolutely, because family, including his brother, Theo, often took his works and sold them to friends.

Related Article: Vincent Van Gogh and the Issue with his Ear – What Really Happened?

Even the Van Gogh Museum in Amsterdam is unsure, by that measure, precisely how many paintings Van Gogh sold during his brief career.
One person who isn’t concerned with the numbers is Gaye Horrell, who acknowledges she has followed stories about the masterpiece that nearly came her way. Who can blame her for wishing she’d made a different choice? After all, if she had asserted herself with her in laws, her life could have been very different — and very luxurious — indeed.

« Stanley Kubrick Disliked his Debut Movie so Much he Tried to Destroy It
Billy The Kid: New Video Takes a Look at This American Outlaw »