What’s the connection between Steven Spielberg and the town of Carmarthen in southwest Wales, UK? The answer is a national premiere of his 1993 classic Jurassic Park.

One woman and her friends managed to rescue an old cinema (which some considered part of the Stone Age), thanks to the famous director and his ground-breaking CGI dinosaurs. But how did she do it?

The local woman who fought to save her cinema

In the 1980s, Carmarthen’s Lyric Cinema was on its last legs and ready for the wrecking ball. At least that’s what authorities had in mind. They pictured a new shopping center. Someone else had other ideas. 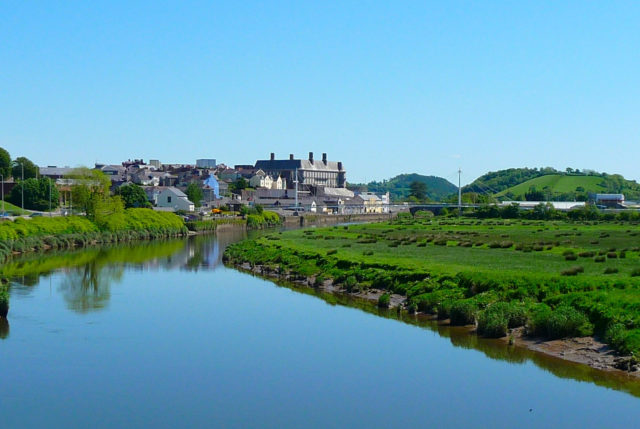 The town of Carmarthen as viewed from Lesneven Bridge (Photo Credit: By Rhyshuw1~enwiki at English Wikipedia, CC BY-SA 3.0)

Local drama volunteer Liz Evans thought the theater would be perfect for staging shows with local kids. Noting the impact live performance had on their quality of life, she decided to mount a production of Jesus Christ Superstar.

This wasn’t intended to revive the Lyric’s fortunes, just give it a bit of razzle-dazzle before construction crews moved in. Evans soon realized the potential was there to keep it as a venue.

An Art Deco movie theater in need of rescuing

The structure had been part of Carmarthen for hundreds of years. Film Hub Wales reveals how it started out as a townhouse with an illustrious past. The Spectator’s Sir Richard Steele (1672 – 1729) reportedly died here.

In the mid-1930s “the building was refurbished to a 1,000 seat cinema, in the ‘moderne’ style with Art Deco detailing,” they write. 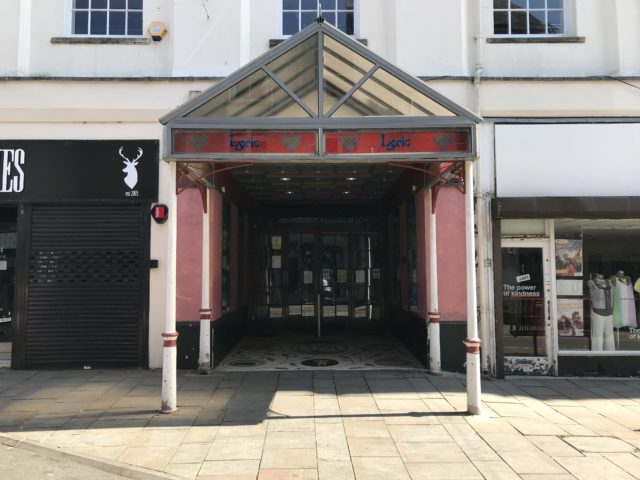 Half a century later and the magic had faded. Liz Evans’ son Wynne – a radio presenter and singer, now known for his role in the Go Compare insurance ads – is quoted by the Daily Mail saying there were “bits of the ceiling on the floor and all the seats were ripped. It smelt horrible.”

How to follow Jesus? Jurassic Park, of course! And there was only one man who could help them…

A letter to Steven Spielberg

According to reports, a premiere of Jurassic Park was initially arranged, only to be canceled for unspecified reasons. At that point, the blockbuster director wasn’t involved.

Liz Evans’ dino dreams looked to be dashed. However, her cause was taken up by friend Richard Goodridge. A postman, Goodridge also had the honor of being the mayor at the time. He wrote directly to Steven Spielberg complaining about the aborted premiere. 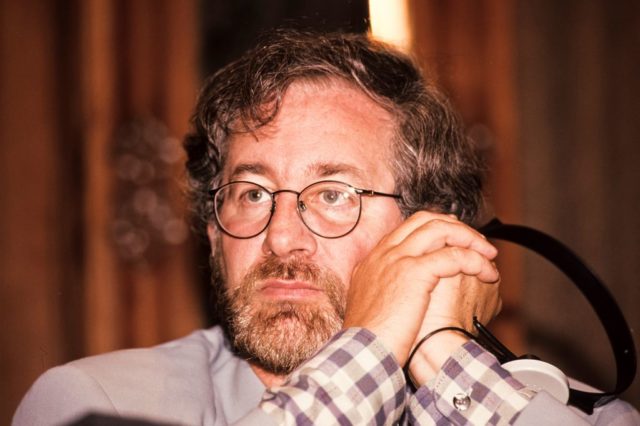 To say the community was looking forward to the event is an understatement. Part of the letter read that: “People have postponed their holidays to see it.”

Goodridge was then contacted by Spielberg’s reps. Suddenly the show was back on the road. Hollywood had taken an unlikely shine to the Welsh community spirit.

When it finally happened, the premiere was an authentic Jurassic experience. Liz Evans reportedly bought inflatable dinosaurs, cardboard displays and even created a special cocktail. We can’t imagine what was in it, but assume it had a bit of a bite.

This screening took place at the same time as the Royal premiere in London. Upping the ante, Evans apparently pipped their projectionist to the post, ensuring Wales got it shown first by mere minutes. 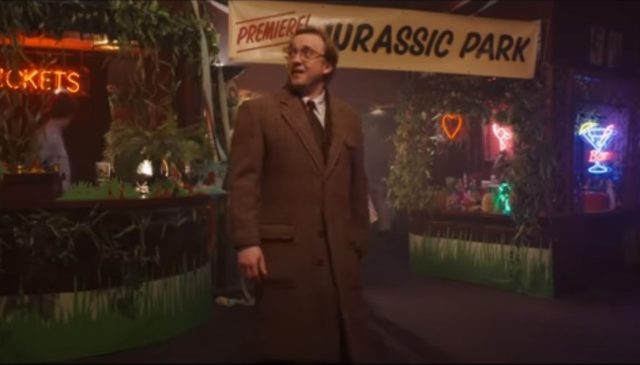 Now this story had its very own movie

It was surely only a matter of time before this saga got a film treatment of its own. Sky Originals is behind Save the Cinema, starring Samantha Morton as Liz Evans. The plot reportedly features Evans barricading herself into the cinema as part of the action.

Wales Online reported that filming took place on the streets of Carmarthen. “Parts of the town were closed off,” while “a section of King Street was transformed to look like the early 1990s, when the film is set.”

More from us: The Weird Oscar Record Steven Spielberg Holds

Save the Cinema was released on January 14th.

« You Don’t Have to be Surprisingly Short to Work in Hollywood But it Helps
How Did JFK Get So Rich? The Boozy Story and Business Savvy Behind the Kennedy Fortune »