Not Quite a Blockbuster: Steven Spielberg’s First Movie Made $1 in Profit

Granted, the budget was $500 and it only played in one cinema. But it’s a classic case of a great filmmaker who started from humble beginnings in Arizona.

Spielberg had a close encounter of the homemade kind

Made in 1964, the name of the flick was Firelight. It ran for over two hours and might be called an early version of Spielberg’s Close Encounters of the Third Kind (1977). 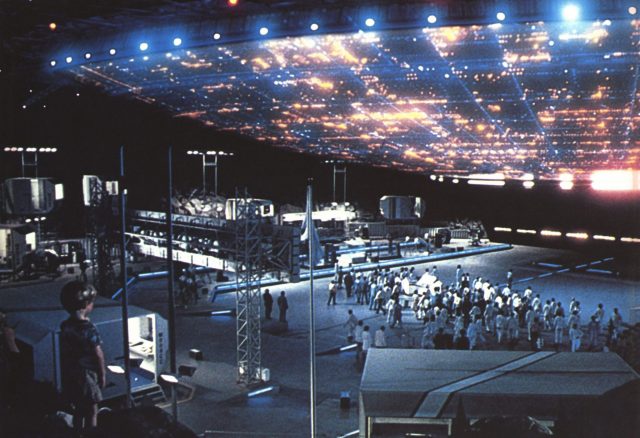 The set of Close Encounters of the Third Kind. (Photo Credit: Photo by Sunset Boulevard/Corbis via Getty Images)

UFOs featured heavily in the plot. As mentioned by various sources, it depicts the strange invasion of an Arizona town. Scientists are all that stand between humanity and beings from the planet Altaris.

And he aimed high for the ambitious production — literally, in the case of an American Airlines jet used by Spielberg for the shoot. The young director asked Phoenix Sky Harbor International Airport’s permission to feature the aircraft, a situation written about by Phoenix magazine.

The budding director’s approach is familiar to scores of low-budget filmmakers today. Website No Film School notes that the “cast came from Spielberg’s school, Arcadia High.” His sister Nancy played a large part in the movie, too.

Spielberg composed Firelight’s score on the clarinet. This was turned into sheet music by his mother Leah. Long before his association with John Williams, Arcadia High’s marching band brought the results to life.

Spielberg’s first movie made a tiny profit, and it happened by accident

The big premiere was held at the Phoenix Little Theater. As for why takings were far from stellar, well, the man himself has an explanation.

“We charged a dollar a ticket,” Spielberg revealed during a later interview with James Lipton for Inside The Actor’s Studio. “Five hundred people came to the movie and I think somebody probably paid two dollars.”

So, his first-ever profit came by accident. But there was nothing accidental about Spielberg’s future success. His official feature debut was the chase thriller Duel in 1971.

He then changed the movie landscape forever with Jaws four years later. The shark-fueled rollercoaster ride made so much money that it gave rise to a new word: the blockbuster.

Where can you see Firelight? The sad truth is you can’t, at least not the whole thing. A little under four minutes currently exists, thanks to a sad twist of fate.

No Film School mentions that Spielberg loaned most of the film to a production company which then went belly up, taking his reels with them. The age of hard drives and digital copies was decades away.

What’s left is seen as a striking indication of the teen Spielberg’s talent. Writing about his early shorts, the New Yorker describes the work as “amazingly precocious,” showing a cine-literate talent who understood the old-school nuts and bolts of production, yet carried that knowledge in a young mind.

They say this is “the most impersonal sort of personal filmmaking,” adding: “He was, in effect, America’s oldest young filmmaker.”

Released in 2022, The Fabelmans is a semi-autobiographical story based on Steven Spielberg’s adolescence and first years as a director.  Spielberg conceived of the project as early as 1999 but had concerns that his parents would be hurt by it so held off for years.

« Roald Dahl’s Tantrum Over Pencils Nearly Ended His Career
Just How Exactly Did Black Cats Get Their Bad Reputation? »