Just How Exactly Did Black Cats Get Their Bad Reputation?

Everyone is aware of how cute cats are — albeit, a little feisty when they aren’t fed on time. Black cats in particular, while adorable, are also shrouded in myth and troubling history.

They’re seen as bad omens and associated with witchcraft, which led to many being killed, but just how exactly did this reputation come about?

There are many origin stories 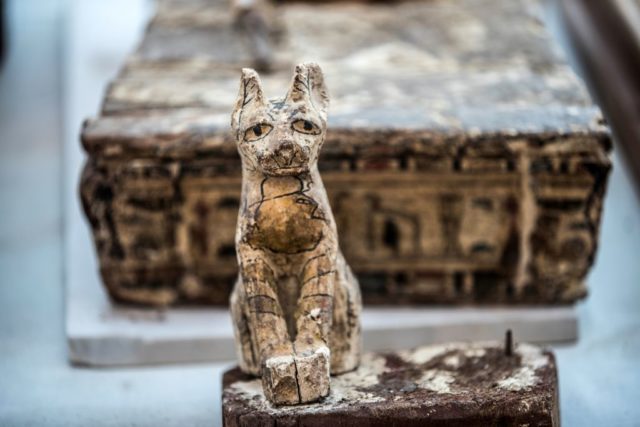 Ancient Egypt was known for revering cats as early as 2800 BC. Many households owned at least one, and they were seen as symbols of good luck. The goddess Bastet, known as a guardian against disease and malevolent spirits, was said to present herself in the body of a female, but with the head of a black cat.

The Roman poet Ovid took inspiration from Bastet in a poem published in 1 AD. It tells the story of the goddess Diana, who fled Egypt to hide from Typhon. To fool the creature, and in honor of Bastet, they assumed the appearance of a cat. This poem is believed by some to have influenced Theodosius I in 375 AD, when he outlawed all pagan religions, including those devout to Bastet.

Folklore from the Middle Ages tells a different story. It says a man and his son came across a black cat and began tossing rocks at it. Injured, it ran to a woman’s house. She was suspected by many of being a witch, and their suspicions grew when she appeared limping and bruised the next day. This led many to infer the cat disguised itself as the woman.

This ideology saw black cats become the target of those who believed witchcraft was rampant across Europe. 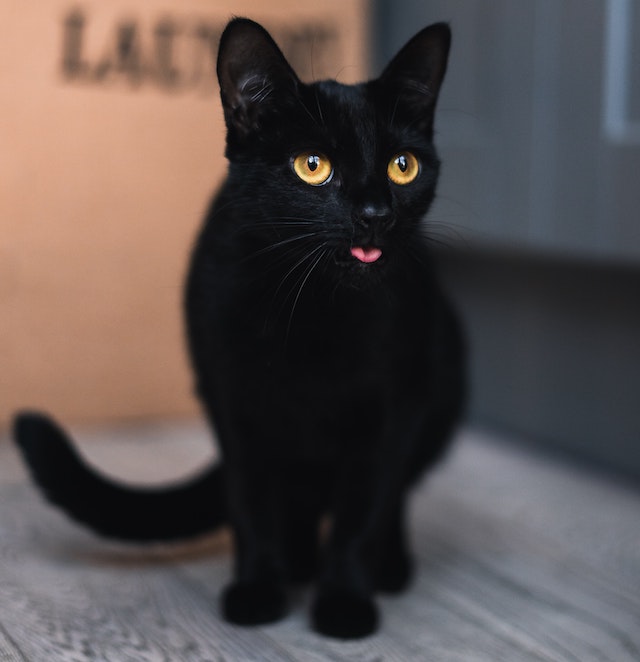 In the 12th century, it was believed the Devil would appear as a black cat during satanic rituals. In 1255, Pope Gregory IX further secured their image as demonic beings by depicting them as satanic half-feline, half-human creatures — similar to Bastet. This, along with the eventual witch trials, worked to discourage others away from pagan religions.

This image was further fueled by the belief that creatures with black fur or feathers — such as cats, crows, and ravens — were bad luck and symbols of death. A black cat crossing one’s path in the moonlight was a sign of impending epidemic, and Italians believed a black cat lying on one’s sickbed foreshadowed their death.

According to historian Irina Metzler, many feared the independent nature of cats. It scared them because cats stood “on the threshold between the familiar and the wild.” 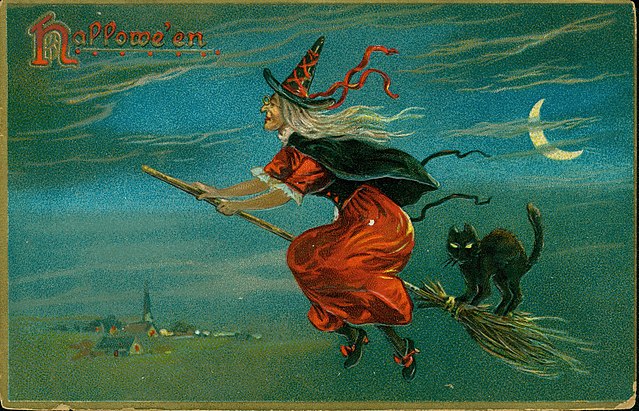 In the 1400s, Pope Innocent VIII declared cats were the “devil’s favorite animal and idol of all witches.” This ideology spread through local mythology. The Celts believed the Cat-Sìth was a black fairy that stole human souls, and the legend spoke of him shifting into human form a total of nine times. The Welsh also believed the monster Cath Palug drew its beginnings from a black kitten.

Older women who fed Europe’s stray cat population were drawn into the hysteria and forced to stand trial over supposed witchcraft activity. These strays were seen as “familiars” to witches and thought to be spies. They were believed to use dark magic to steal souls and interact with the underworld.

These women were often burned at the stake alongside their feline companions. Many reported seeing the cats return to the witches’ houses, and many believed they could rise from the dead. However, they failed to take into account the large population of strays, as cats with similar appearances looked for their next dinner. As it turned out, it was likely a case of mistaken identity.

The witch hunts plaguing Europe during the early 13th century continued as colonists landed in the New World. This resulted in the Salem witch trials of the 17th century. 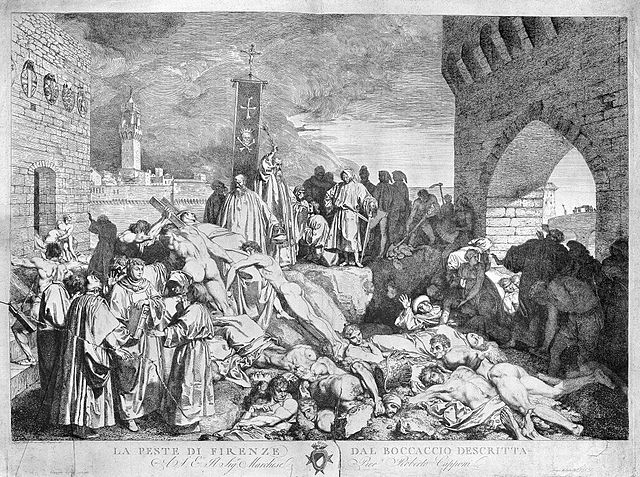 The plague of Florence in 1348, as described in Boccaccio’s Decameron. Etching by L. Sabatelli (Photo Credit: Iconographic Collections / Wikimedia Commons CC BY 4.0)

Historians believe that the mass killing of black cats throughout Europe led, in part, to the spread of the bubonic plague in the 1300s. Also known as the Black Death, it first came to Europe aboard trading ships and quickly spread through rodents and fleas. Tens of millions died throughout Europe and Asia, and it’s considered one of history’s worst plagues.

As anyone who owns a cat can attest, they’re good at killing vermin. However, as their numbers decreased, the rodent population in Europe exploded. This meant diseases often transmitted by rats and mice, like the bubonic plague, spread more rapidly. 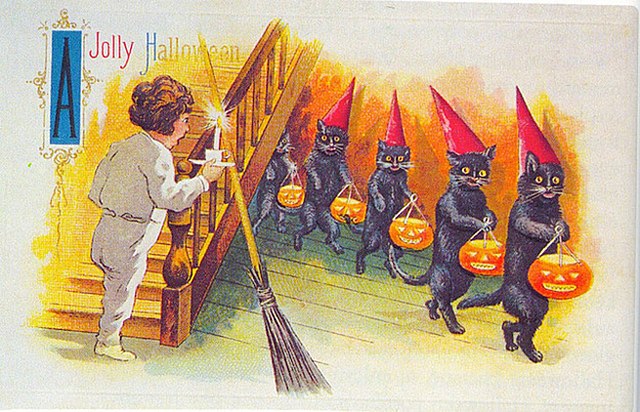 While black cats have a generally bad rep, many see them as good luck. Eighth-century sailors had them aboard ships — and not just to kill rodents. They were believed to accurately predict the weather and were seen as symbols that ensured a ship’s safe journey home. Even sailors’ wives kept a black cat at home for extra measure.

Owning a black cat in Japan makes it more likely to find love, while having one cross your path in England and Ireland is a good omen. They’re considered a sign of prosperity in Scotland, so long as they appear on your doorstep, and those in the English Midlands view them as the ideal wedding gift, ensuring the bride happiness and good fortune.

Treasure hunters should heed the help of a black cat as well. According to Chilean folklore, they’re needed when hunting for the treasure of the carbuncle, a legendary animal said to hold great riches. 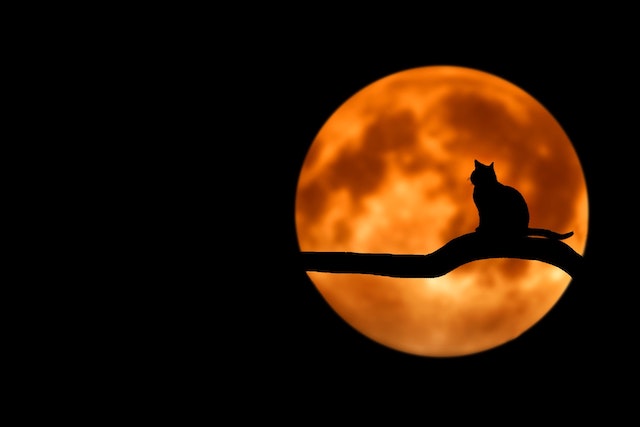 Black cats have grown in popularity with the advent of pop culture. They’re a popular Halloween symbol and are often seen as loyal companions to some of entertainment’s most iconic characters. These include Salem from Sabrina the Teenage Witch and Binx from Hocus Pocus.

Due to their color, black cats have become a symbol of anarcho-syndicalism, a branch of anarchism focused on the organization of labor. It’s also believed they’re less adoptable, but many shelter organizations disagree. While there is a decreased adoption rate in October, it’s more to do with the animal’s safety. Most fear black cats will be abused due to their association with Halloween.

More from us: Roald Dahl’s Tantrum Over Pencils Nearly Ended His Career

While black cats are nowadays beloved, superstitions still exist. Some claim it’s bad luck for a black cat to cross your path. Others say it’s bad to walk beneath a ladder after a black cat. However, isn’t the consensus that walking under a ladder is bad luck in general? Just some food for thought.

« Not Quite A Blockbuster: Steven Spielberg’s First Movie Made $1 In Profit
Vesuvius Remains Identified As Heroic Rescue Mission By Pliny The Elder »