Tom Hanks and Steven Spielberg’s miniseries Masters of the Air is taking off production-wise.

A full-scale, no-expense-spared airbase has been built on top of an old university and hotel in the English countryside. The set cost just under $7 million (£5 million).

Based in the village of Chalfont St Giles in Buckinghamshire, the upcoming series forms a trilogy with Band of Brothers and The Pacific.

Those were HBO productions. This time around, Hanks and Spielberg have partnered with Apple TV+ (though HBO was involved initially).

What’s it about? Based on the non-fiction book by Donald L. Miller, Masters of the Air puts audiences in the cockpit alongside the U.S. Army’s Eighth Air Force.

As The Hollywood Reporter wrote in February, the series focuses on “American ‘bomber boys’ in World War II who flew missions over Germany, taking the war to Hitler’s doorstep.”

The Daily Mail notes that the Eighth Air Force flew deadly missions over Berlin, Hanover, and Dresden. Because of the size of the operation and resource-stretching length of the campaign, the situation was “considered a war within a war.”

Their contribution put them front and center in the history books. Now their story is being retold in the 21st century.

Naturally, the cast features a raft of up-and-coming talent. Austin Butler — soon to be seen in Baz Luhrmann’s Elvis with Tom Hanks as Col. Tom Parker — stars with Callum Turner (The Capture) and Anthony Boyle (The Plot Against America). 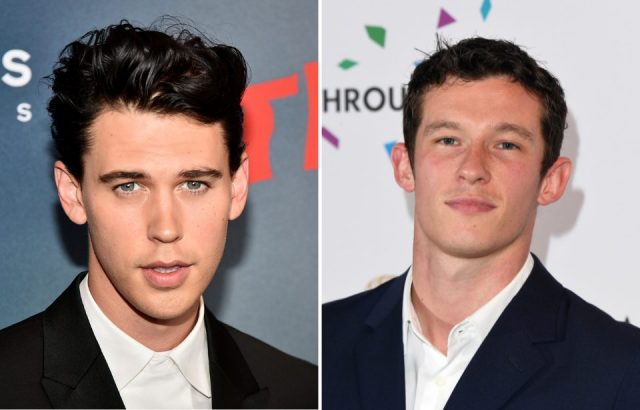 Hanks wrote and directed part of Band of Brothers and appeared briefly onscreen. For The Pacific, he was the narrator. It wouldn’t be a surprise to see him doing similar work for Masters of the Air.

Also cast are Rafferty Law (son of Jude), Nate Mann (Ray Donovan), and Tommy Jessop, familiar to British viewers from his role in the hit show Line of Duty.

Cary Joji Fukunaga is directing some episodes. His previous small-screen work includes True Detective, though Fukunaga’s latest effort dwarfs even Masters of the Air. His James Bond movie No Time To Die has been repeatedly delayed due to pandemic restrictions and will finally receive a release in September.

It isn’t clear if ‘Masters of the Air’ is nine or 10 episodes long, or whether it costs $200 or $250 million — reporting has been unclear on those facts. Either way, the budget soars higher than the clouds!

The Mail writes that the faux period structures are “complemented with numerous U.S. Army vehicles all constructed and imported for filming which will take place into 2022.”

Nissen Huts are among the buildings on display. These prefabricated steel lifesavers gave people quick and easy accommodation during wartime. As The Vintage News reported last month, one is up for sale at a cost of $2 million! The functional space now lives on as a family home.

Earlier coverage of Masters of the Air concerned shooting at Dalton Barracks in Oxfordshire. Reaction from some locals was negative. The prospect of planes zooming overhead at post-lockdown gatherings led to complaints.

The Sun reported the words of one resident: “Some of us were looking forward to garden parties, now it feels like we’re going to need to put our tin hats on.” Will the people of Buckinghamshire feel the same?

The award-winning actor/director combo is a safe pair of hands when it comes to World War II action. Hanks and Spielberg have collaborated multiple times, notably on Saving Private Ryan (1998), which put audiences in the heart of the D-Day Landings like never before.

Most recently, Apple TV released the sea-bound wartime drama Greyhound starring Hanks. Should the reunion lead to a compelling miniseries, not to mention good relations with British taxpayers?

All will be revealed when Masters of the Air is released in 2022/23.